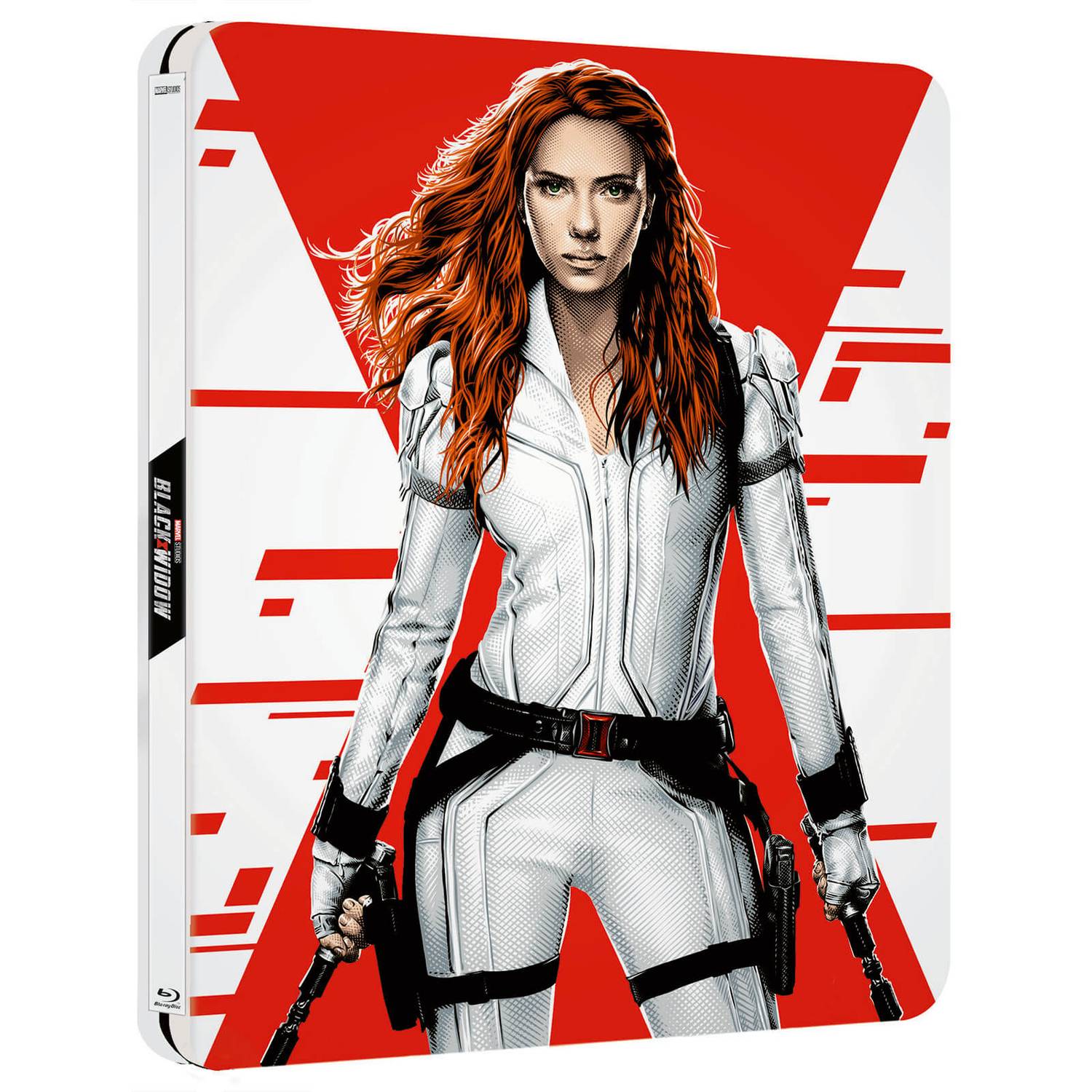 Natasha Romanoff—aka Black Widow—confronts the darker parts of her ledger when a dangerous conspiracy with ties to her past arises. Pursued by a force that will stop at nothing to bring her down, Natasha must deal with her history as a spy and the broken relationships left in her wake long before she became an Avenger.

Natasha Romanoff—aka Black Widow—confronts the darker parts of her ledger when a dangerous conspiracy with ties to her past arises. Pursued by a force that will stop at nothing to bring her down, Natasha must deal with her history as a spy and the broken relationships left in her wake long before she became an Avenger.

Ghost in the shell 4k

Fantastic 4k remaster colours pop and the sound is amazing

Absolutely beautiful steelbook release from Zavvi, big shame we can no longer get the 3D releases here in the UK but I will find a 3D copy one day and then It can go alongside my Ultra HD version

So this is part of the MCU but just a side story of the Black Widow. Very mixed on this. The steel is great. The story is ok and the action is cool but it seems to drop a little in the second half. Not disappointed that I own it though. Not the best but certainly not the worse of the MCU films.

Movie looks stunning on a 4K OLED. The steelbook is nice too.

Didn't get to watch this at the movies/Disney Plus. So waited for this steelbook to arrive. The artwork is fabulous, and the steelbook arrived intact and undamaged. (Have read a few reviews about damaged steelbooks due to shoddy packing). Anyways the movie is great in 4K and well deserving of all the cast. A great tribute to Black Widow. Would have liked to have the other cast members on the back as they all made the movie great but hey can't win them all! Well worth adding to the MCU collection!!

Zavvi definitely out did themselves with their latest release. Black widow is another excellent steelbook, with a great finish and design.It looks superb in my ever growing MCU steelbook movie collection. Two thumbs up.

Good film despite what some people say.even better because it’s a steelbook.

Great steelbook! Shame about the film 😞

This is a really good looking steelbook! Promptly delivered by zavvi! 👍🏻 Movie was sadly a bit of a letdown considering it’s marvel and the characters involved. Missed opportunity really, real shame! If you need this in your marvel collection it looks great! Just doesn’t hold its own with the other marvel films. It does have some great action scenes but not enough of them unfortunately!

Not what I expected.

I thought it was about a widow coming to terms with the loss of her spouse - who copes by exclusively by wearing the colour black.. IT'S ABOUT SUPERHEROES?!

Nice design on the steelbook. For some reason though, mine was slightly distorted. Not big but visually noticeable when closed. When open it has a corner to corner 'flip flop' effect as if the back half has been twisted. Also could have done without Zavvi's massive Facebook spoiler on launch day o.O Post Headline: 'Actor Name' talks about their time behind the mask as Taskmaster.