When you watch Guardians Of The Galaxy, a big budget Marvel film with slick production values and an A‐list cast, it’s hard to remember director James Gunn first started out making some very contrasting movies.

Gunn’s feature directorial debut Slither, a gruesome horror comedy, turns 15 this month, and whilst at first glance it’s a very different beast from the glossy Guardians movies, all the elements mainstream audiences loved about those films are present in Slither – just covered in fake blood and a decent amount of slime. 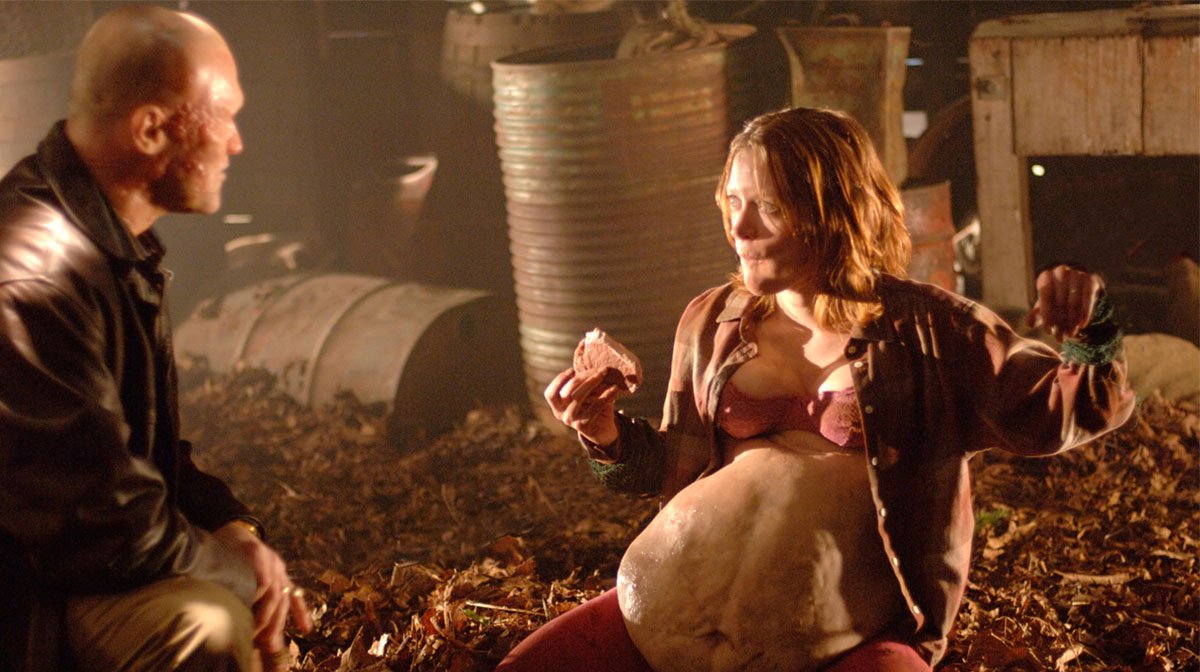 At the beginning of Slither, a meteor lands in the small town of Wheelsy, South Carolina, carrying a deadly parasite inside it.

The parasite first infects a wealthy townsman called Grant Grant (Michael Rooker), who becomes a master host of sorts, before trying to take over the entire town, infecting its inhabitants with slimy, pudgy little worms that take over the human host and starts turning them into one huge, rather gross host.

A small group of individuals, led by local Police Chief Bill Pardy (Nathan Fillion), team up together and try to stop it before it’s too late, but we can all guess how well that goes. 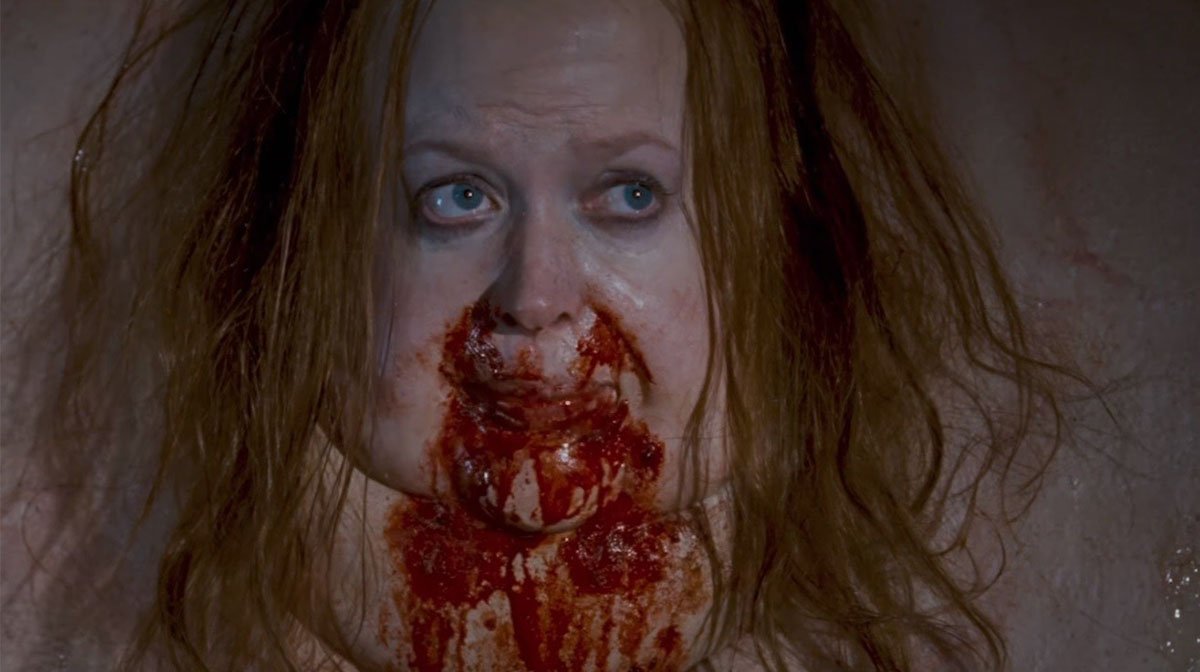 Gunn’s career began with Troma Entertainment, a production company known for overt nudity, violence and gore as well as a somewhat distasteful humour in their films.

These Troma roots are still strongly present in his work, but most notably in Slither which aims to get you laughing and gagging, usually within the same scene.

One of the film’s highlights, or perhaps that should be gag‐lights, is when Brenda, the first person Grant infects, is discovered by our heroes and has ballooned due to the parasites inside her. She then bursts all over our ragtag team of heroes. 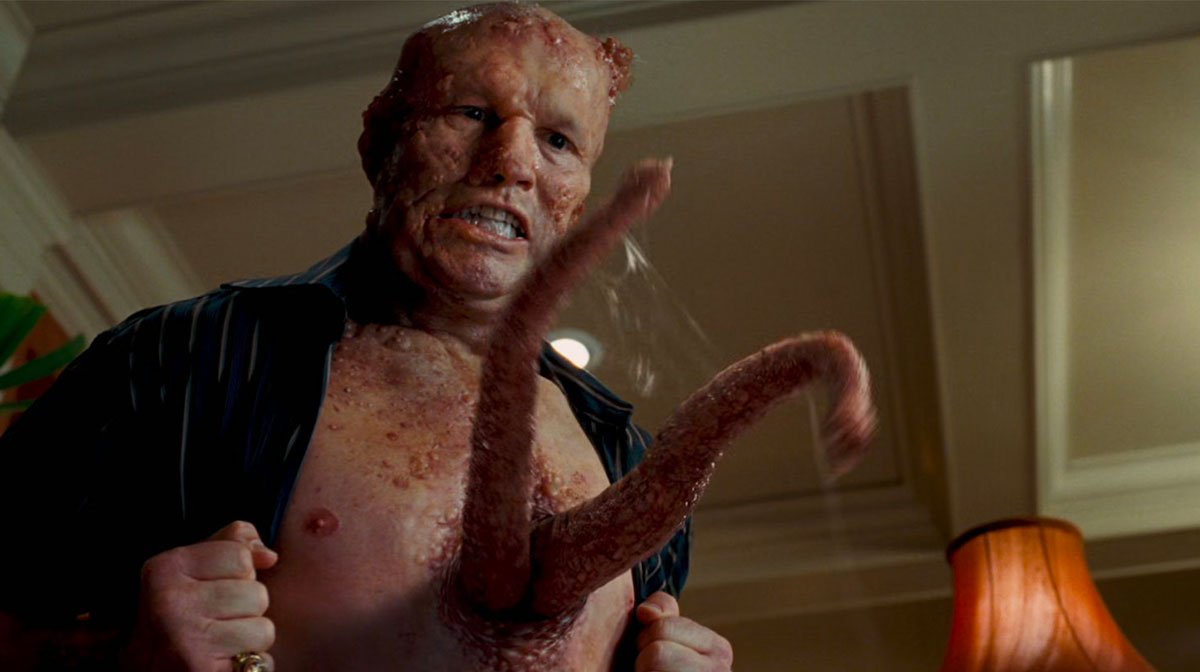 Slither has garnered a cult following since its debut in 2006, thanks to its pitch‐black humour and impressively nasty practical effects.

Gunn puts his principal cast through the wringer, covering them in various forms and consistencies of goo and bodily fluids, an element that is also present in Guardians.

Slither’s fantastic practical effects as well as the overall visual look is reminiscent of trashy ’80s B‐movies, a decade of cinema Gunn clearly loves and is continually inspired by. 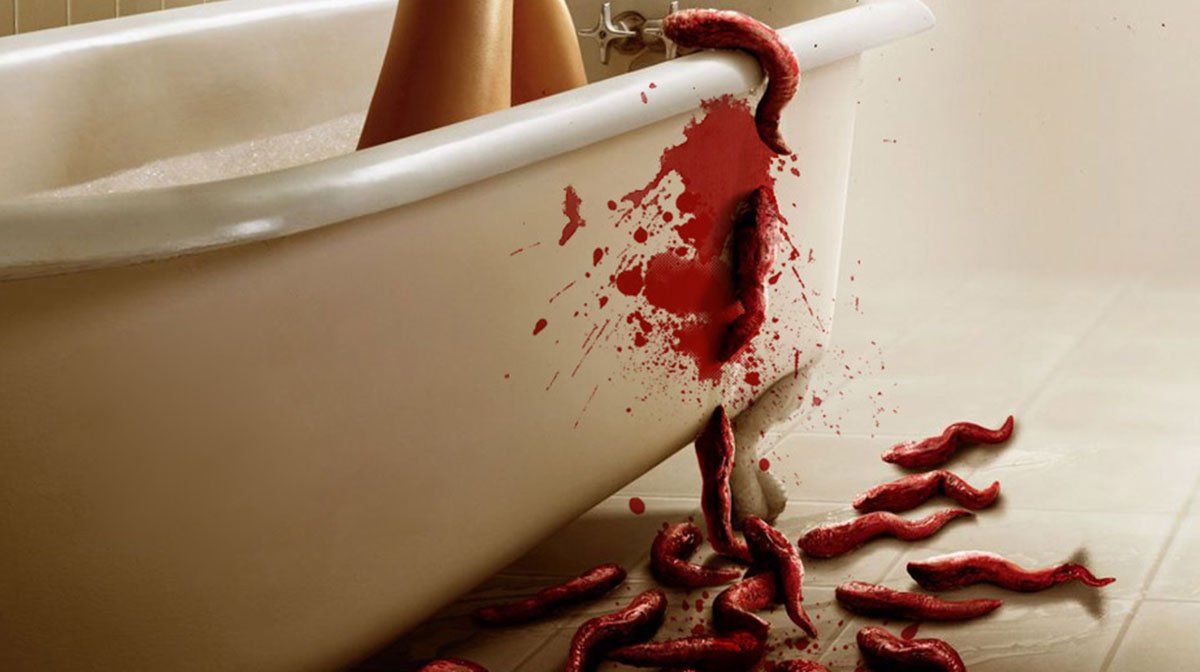 Alongside Fillion and Rooker, Elizabeth Banks also stars in Slither, playing Grant’s wife Starla. It’s Grant’s toxic love for Starla and her attempts at leaving him that provide Slither with its emotional core.

Grant might be a power‐hungry, slimy monster, but one that seemingly still loves and desires his wife, even if the film’s events were a direct result of him cheating on Starla with Brenda.

So when Starla shoots Grant in the end, causing him to explode after being connected to a propane tank, it feels especially satisfying as Starla hasn’t just defeated the monster that was about to take over her hometown, but one that had already taken over her life and trapped her in an unhealthy marriage. 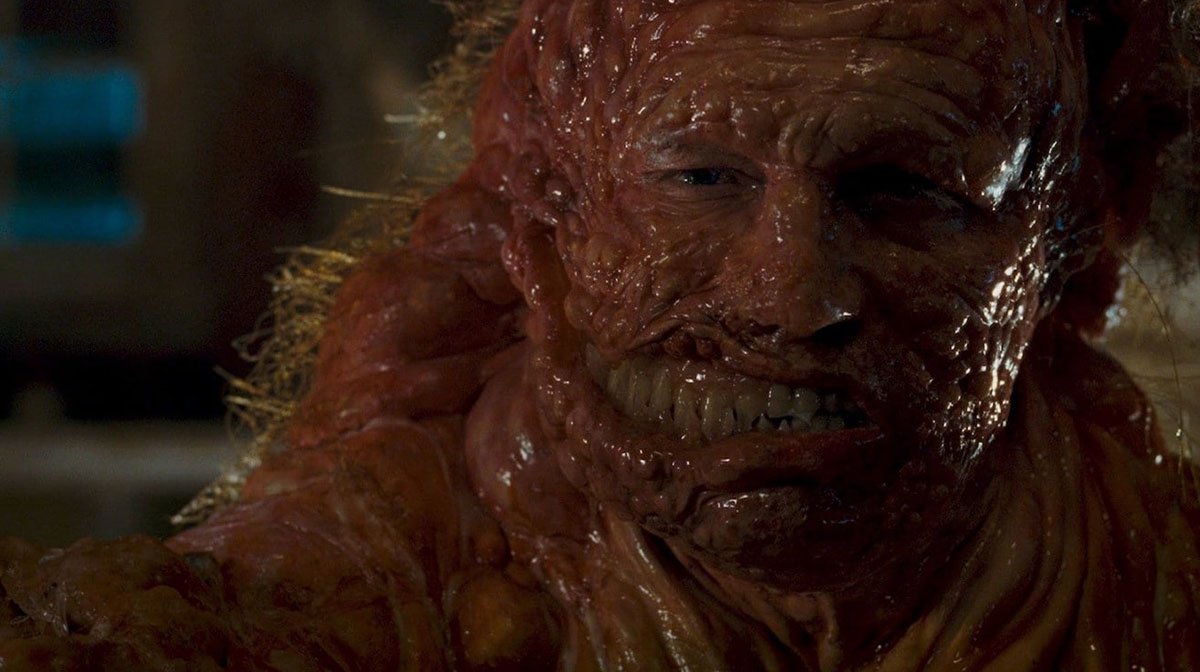 Slither is stacked with popular horror tropes and acts as an homage to many films that came before it. Films such as A Nightmare On Elm Street, The Blob and Invasion Of The Body Snatchers all get respectable shout‐outs, done with tongue‐in‐cheek humour and a genuine love for the genre.

Slither’s script, written by Gunn and performed to perfection by his principal cast, is full of funny, endlessly quotable one‐liners (“If I weren’t about to sh*t my pants, I’d be f*ckin’ fascinated”) and while it’s easy to dismiss Slither’s jokes as gross humour, Gunn’s writing is sharp, witty and layered. 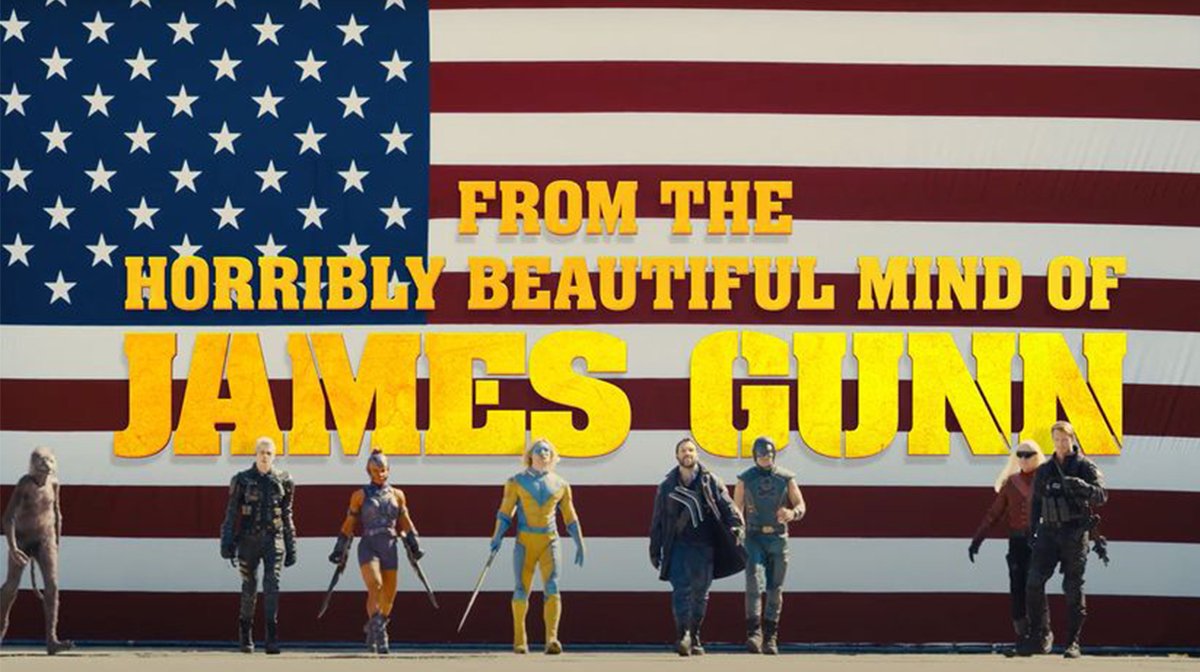 The upcoming The Suicide Squad, which sees Gunn jump ship from Marvel to DC, looks like the perfect marriage between Gunn’s R‐rated past and his newly‐found franchise‐friendly storytelling.

Suicide Squad will bring together a large ensemble cast playing the most delicious villains from the DC universe, and with Gunn tweeting that it will be “no holds barred”, we can expect it to be graced with an R‐rating, making it a bloody and violent affair, reminiscent of the director’s earlier work, including Slither. 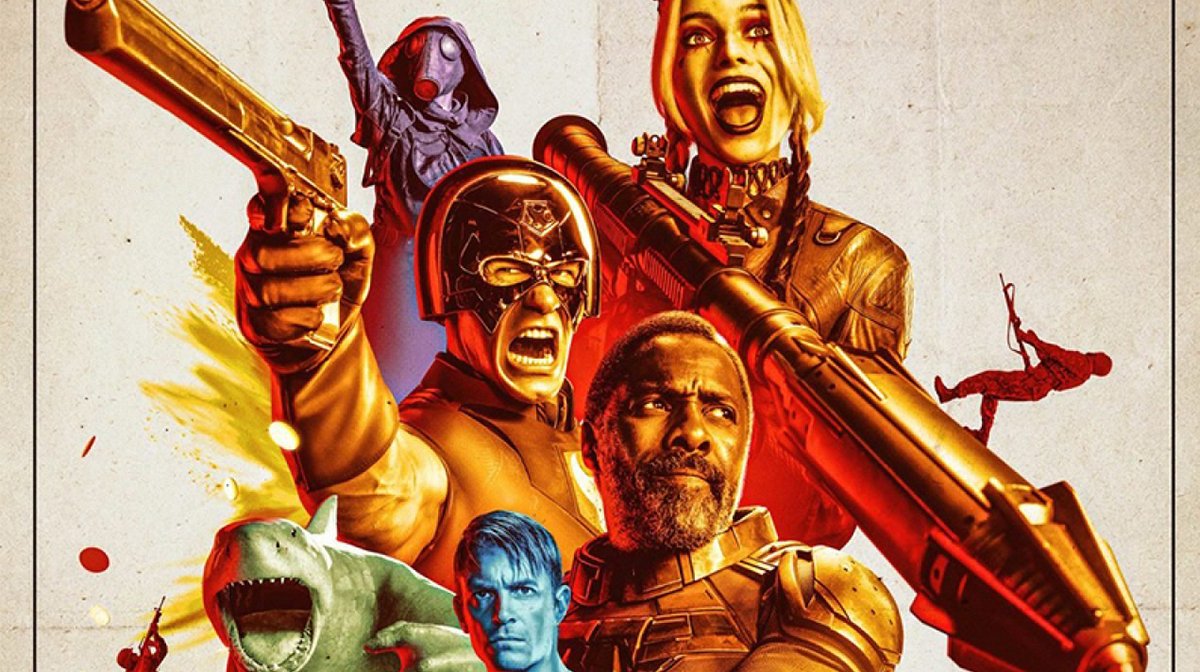 Comparing Slither with Gunn’s more recent efforts shows how far the director has come with his storytelling and overall craft.

Slither remains a cult classic and a fun little horror comedy, one that has endless re‐watch value and holds up remarkably well even after 15 years.

Revisiting Slither promises Gunn’s fans pure excellence in terms of Guardians 3 and The Suicide Squad, both of which will without a doubt feature more of Gunn’s trademark humour, emotional stakes and crazy action, all of which started out in Slither 15 years ago.