Many of us spent our childhood playing games, from hide-and-seek to house. They are a way for a child’s imagination to run wild without the need of expensive toys; it is pure harmless fun.

However, most childhood play exists on a fine line between innocent and sinister. Here, horror movies come in to take those moments of pure joy and make them into horrifying acts of torture and survival.

In honour of this week’s release of Ready Or Not, a film about a deadly game of hide-and-seek, we’ve rounded up ten of horror’s deadliest games. Some films on this list are focused around a deadly game, others use them as part of the narrative, but not their centrepiece. Regardless, these ten movies utilise childhood games and make them into something sinister. 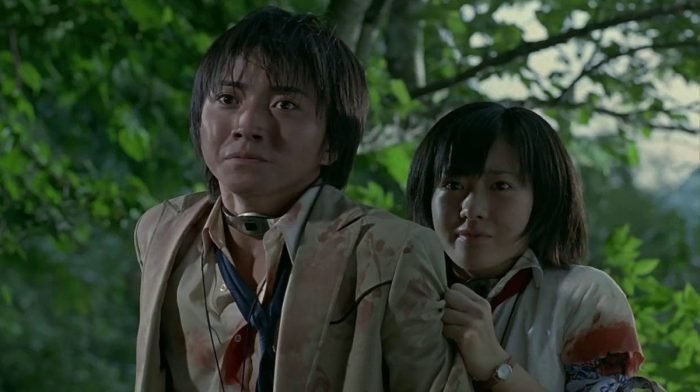 The phrase ‘battle royale’ has been tossed around a lot recently with the release of video games such as Fortnite and PlayerUnknown’s Battlegrounds.

However, there is a much more sinister version of this game of last-one-standing-wins: the 2000 Japanese film Battle Royale, directed by Kinji Fukasaku.

It centres on 42 ninth-graders who, instead of going on a class field trip, are sent to an island where they must kill each other by whatever means necessary until only one of them remains. It is an absolutely brutal film where the game involves children wielding crossbows, knives, guns, and explosive collars. 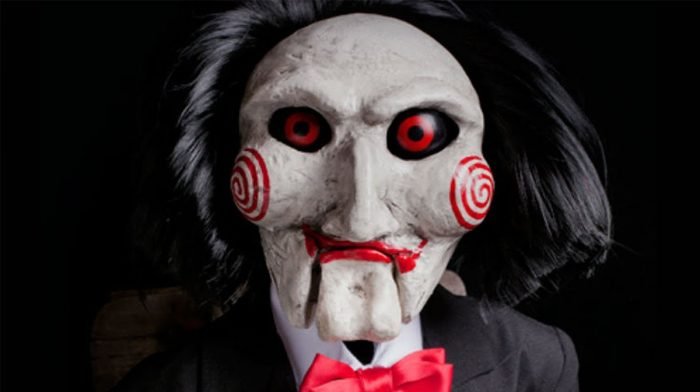 ‘Do you want to play a game?’ asks Jigsaw, one of horror’s most deranged killers. Each film in this franchise centres on a twisted game where Jigsaw’s captives must do whatever they’re told to ensure their survival.

The first film, and arguably the best one, involves two men chained to the floor in a disgusting bathroom room. They are given commands by Jigsaw and only a certain amount of time to fulfil each task.

But these tasks often involve sawing off a foot, killing the other person, and other heinous acts of self mutilation. There is really no winner in Jigsaw’s game.

A hybrid of Battle Royale and Saw, Greg McLean’s The Belko Experiment is all about playing a game until one person is left standing.

In this film, however, it is a building full of 80 office workers that are commanded by a voice over an intercom to kill.

They split into two groups: those who don’t want to kill and those who do. It’s social experiment meets a battle royale that offers a delightfully twisted look at office culture.

As The Gods Will 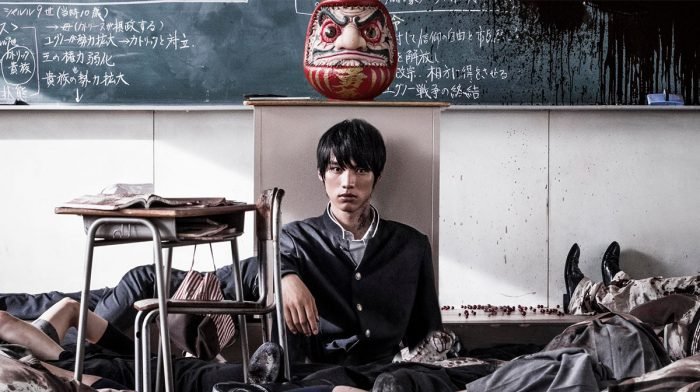 Takashi Miike is a prolific filmmaker who is known for his ultra-violent films, such as Ichi the Killer, Audition, and 13 Assassins. He also made a film in 2014 called As The Gods Will, which is all about the gods playing games with humans.

But the gods take the form of daruma dolls, maneki neko statues, kokeshi wooden dolls, and more. Each figure has its own game that students must play and survive.

Those who make it through each game move on to the next challenge. It is an absolutely wild ride, full of giant CG dolls that cackle at the demise of high-schoolers. 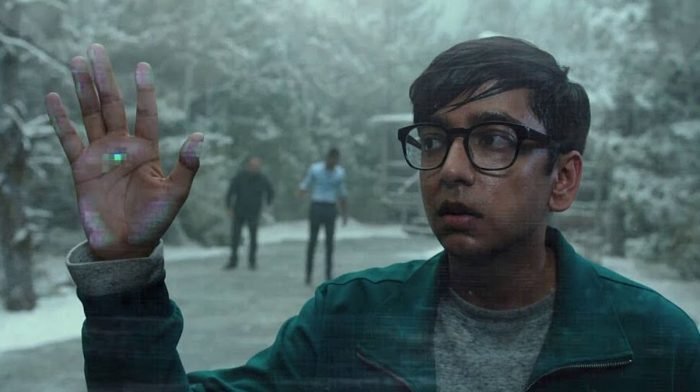 Nothing says team building like a good escape room. But in Adam Robitel’s Escape Room, the very tool of building, or destroying, cooperation is turned into a life-or-death scenario.

Six strangers receive a puzzle box that contains an invitation to a game where the winner will receive $10,000. However, this game turns deadly as they must all navigate six different escape rooms under a certain time limit.

Escape rooms are stressful enough when they’re just for fun, so imagine what they would be like when your life is on the line. 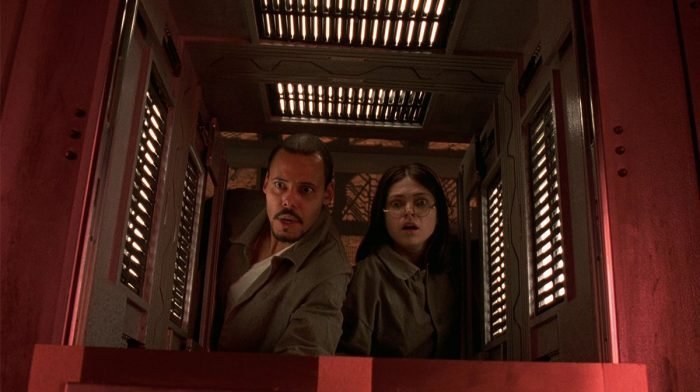 This cult favourite boasts gorgeous visuals along with a strange premise of six strangers trapped in a cube that each contains a series of complicated mazes.

Certain things, such as sound or movement, trigger deadly booby traps. But there is no established pattern, so the prisoners have to figure it out on their own.

Through complicated maths, and trial and error, these six characters need to find a way through these mazes to save themselves. Corn mazes look way more sinister now. 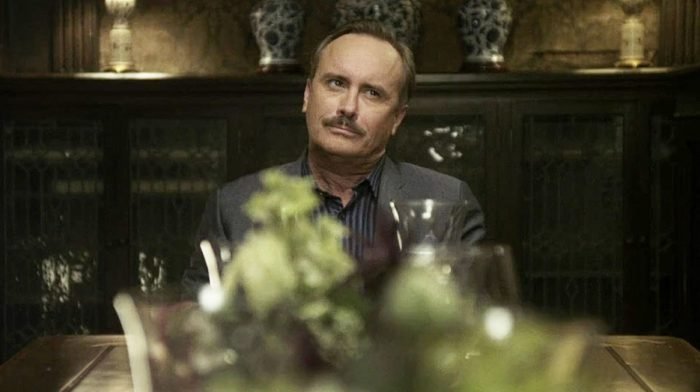 While the victims of most of the films on this list enter deadly games against their will, Would You Rather has a different spin. Instead of recruiting unknowing players, this film has its characters enter a game of would you rather willingly.

Well, mostly willingly; each person is desperate for the big cash reward and are at the point where they will do anything to save themselves from destitution.

The game is run by a rather wealthy man, who hosts a dinner party to begin the game. But dinner turns deadly as the game gets progressively more violent. 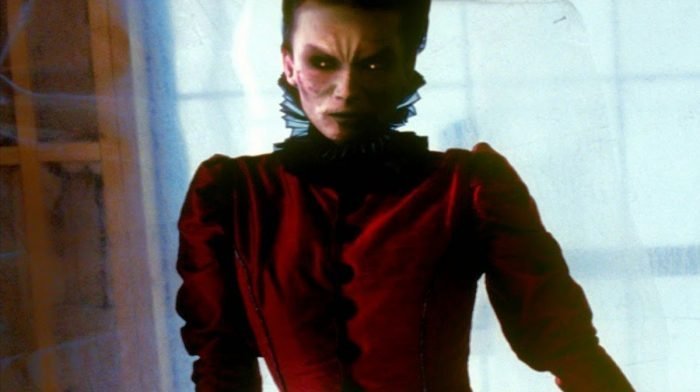 Admittedly, adaptations of video games into horror movies hasn’t always gone well. But, what if there was a horror movie based on a totally original video game? Enter Stay Alive, a 2004 film about an evil video game haunted by the spirit of Elizabeth Bathory.

This provides its players with a dilemma though. Only through playing the game can they figure out how to defeat Bathory’s spirit. 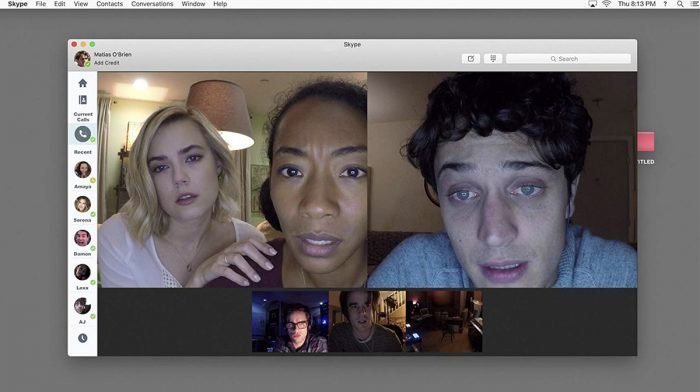 Board game nights are some of the best ways to catch up with friends, even if you have to host the game night over Skype, which is where we find the group in Unfriended: Dark Web.

However, this game night is a little different as programmer Matias is using a computer he took from a lost and found. That was his first mistake.

As he plays games with his friends, the computer’s owner reaches out and demands it back. What unfolds is a different kind of game, one that dives into the dark web and involves playing with life and death. 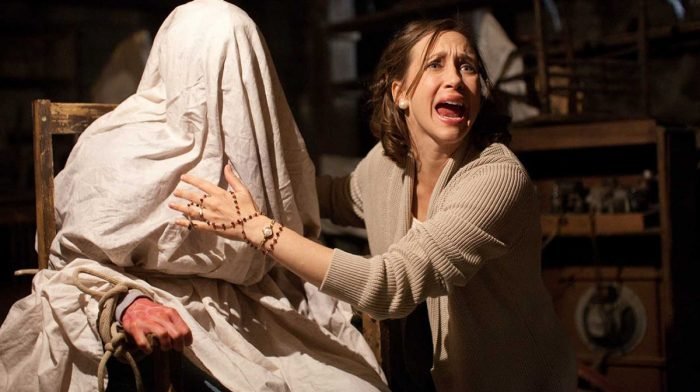 While The Conjuring is primarily focused on the haunting of the Perron house, it involves a quick tense game of hide-and-clap. This game involves a seeker and hiders. The ones hiding clap to let the seeker know where they’re hiding. Innocent enough, right?

That is, until whatever is haunting the Perrons gets a hold of the game and uses it to taunt the family’s matriarch, Carolyn. In a particularly haunting scene, Carolyn perches on the edge of the basement stairs, searching for whatever is lurking in the basement.

A child’s voice whispers, ‘do you want to play hide-and-clap’” and two ghostly hands appear, clapping in her ear. This brief scene delivers an effective and jarring scare fit for The Conjuring.

Ready or Not will be released in UK cinemas 25th September.

Which one is your favourite? Let us know on social media.