It’s fickle and unpredictable this movie business. Large portions of luck, balls of steel, timing, money and the right people somehow come together to get films on our screens.

The most visible are the actors, a profession with more than its fair share of one hit wonders and overnight sensations. It has its keepers too: once they’ve arrived, they hardly ever put a foot wrong and it feels like they’ve been around for ever. But that breakthrough can take years, decades even, of putting in the graft and winning praise but never the prizes.

Here’s eight faces you’ll see a lot of in the coming year, so get to know them now. Some you may already recognise but 2020 promises to belong to them, the one when they make it really big. Don’t say we didn’t tell you. 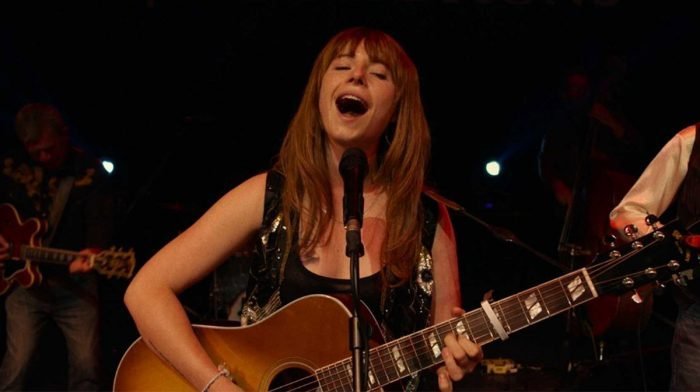 Coming second has never bothered the exuberant Jessie Buckley. The runner up in 2008’s I’d Do Anything, she re-surfaced on TV and then landed her breakthrough role in psychological thriller Beast, winning a BIFA in the process. She hasn’t looked back since.

This year she was showered with plaudits for Wild Rose, worked alongside Renee Zellweger in Judy, was nominated again for a BIFA, and for an EE Rising Star Award.

She kicks off 2020 at Sundance when Ironbark, the story of Cold War spy Greville Wynne, gets its world premiere. In February she dons a crown to play Queen Victoria in Dolittle, sharing the screen with Robert Downey Jr., and March sees her in Miss World drama Misbehaviour.

After Romeo And Juliet on the London stage in the summer, she’s back on our screen in the Charlie Kaufman-directed I’m Thinking Of Ending Things, with Toni Collette. Her irresistible screen presence and natural acting ability means there’s only one way for her over the next 12 months. That way is up. 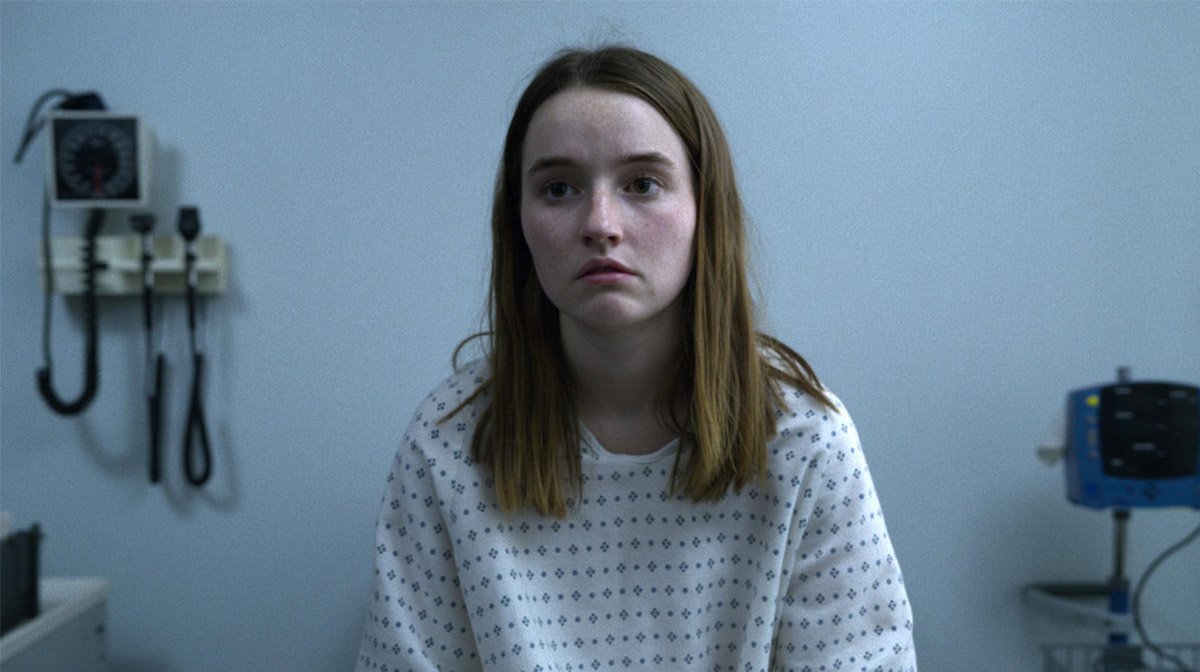 It was 2014 when Variety magazine named Dever as one of its ten actors to watch. She’d already had roles in Short Term 12, The Spectacular Now and J. Edgar, and The Front Runner, with Hugh Jackman, and Beautiful Boy, with Timothee Chalamet and Steve Carrell, were to follow.

But it was 2019 that made us all sit up and take notice. First came her double act with real life friend Beanie Feldstein in Olivia Wilde’s sparkling audience favourite Booksmart, swiftly followed by a complete change in tone for the harrowing Netflix drama, Unbelievable, where her portrayal of a rape victim earned her a Golden Globe nod.

What’s next? It’s yet to be revealed, but at just 23 she’s already regarded as one of the biggest young talents around, with an acting range to match. We’ll be seeing her again – hopefully soon. 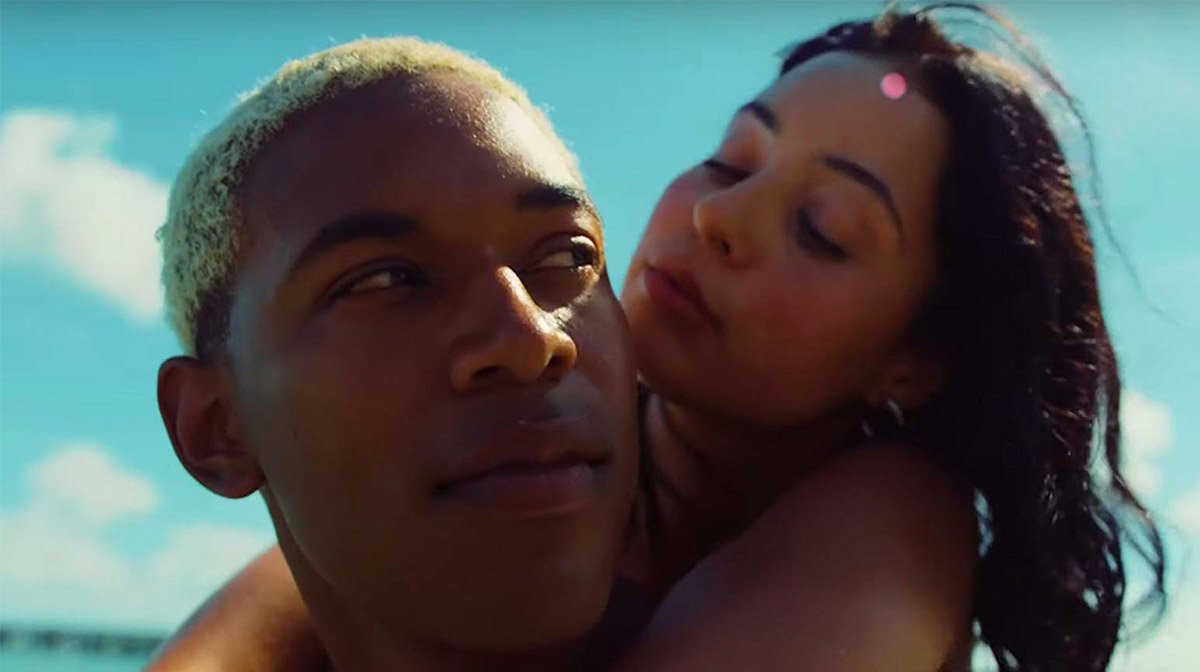 We’re in the middle of Kelvin Harrison Jr. season. Luce, which earned him an Independent Spirit Award nomination, was released in November, and early January sees him in Trey Edward Shults’ Waves.

Not that we hadn’t seen him before. He impressed in Monsters And Men and Mudbound, but it was his intensity in Shults’ It Comes At Night that really announced his arrival. Luce saw him going head to head with the formidable Octavia Spencer, and his performance in Waves has already come in for huge praise.

He’s a force to be reckoned with and we can look forward to seeing him in March with Lakeith Stanfield and Courtney B. Vance in The Photograph, a romantic drama which takes him into new territory.

Covers is set for release in late spring, but most tempting of all is The Trial Of The Chicago 7, written and directed by Aaron Sorkin and with a heavyweight cast including Michael Keaton, Eddie Redmayne, Mark Rylance and Frank Langella. If you’ve not seen Harrison before, you soon will. 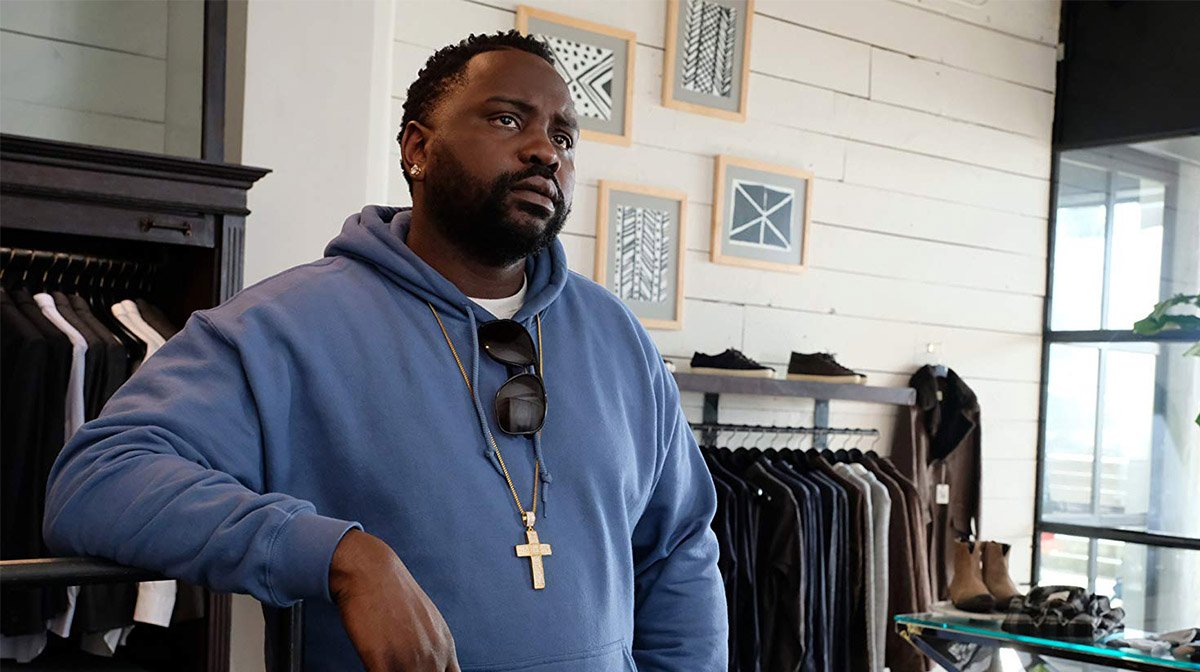 Best known as Atlanta’s Paper Boi, Brian Tyree Henry never seems to stop working and has put in scene stealing performances in the likes of Widows, If Beale Street Could Talk and White Boy Rick, plus a cameo in Joker.

All of which makes us want to see even more of him and 2020 promises to be his biggest year yet by far, with as many as six films slated for release.

Joe Wright’s much-anticipated The Woman In The Window puts him in the company of Amy Adams, Gary Oldman and Julianne Moore when it arrives in May, but it’s The Eternals that’s really creating a stir, with its first footage debuting at Brazil’s Comic Con earlier this month.

Directed by Chloe Zhao, the new offering from Marvel stars Angelina Jolie, Gemma Chan and Kit Harrington, with Henry as the hammer-wielding Phastos. He’s not just a hard working actor, but very much in demand. So he should be. 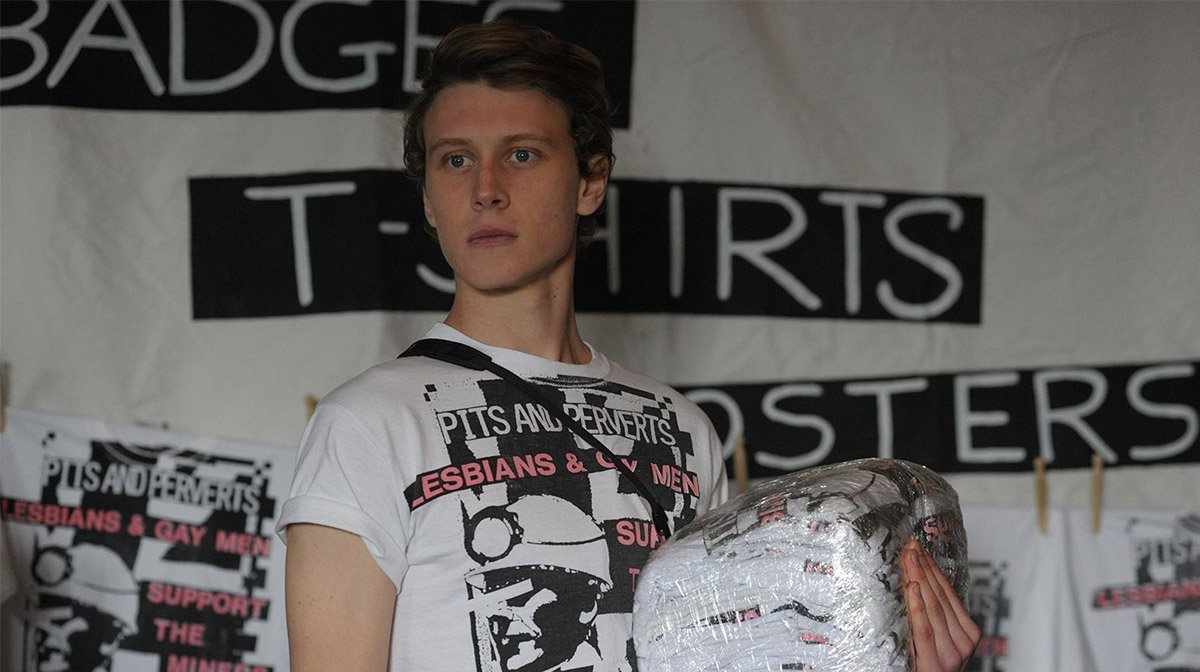 The 27 year old British actor is hardly ever off our screens, mixing lighter roles in Sunshine On Leith and Pride, with heavyweight dramas such as For Those In Peril and How I Live Now during the earlier stages of his career.

More recently, he’s starred in the higher profile Captain Fantastic and The Secret Of Marrowbone.

But it’s his role in Sam Mendes’ 1917, released in early January, that could send him stratospheric – and it’s about time. He’s already being seen as an outside bet for a Best Actor nod at the Oscars for the stunning World War I epic.

He’s on double duty the following month, firstly in A Guide To Second Date Sex, and then playing the lead in The True History Of The Kelly Gang. And he may just have to fit in an award ceremony or two as well… 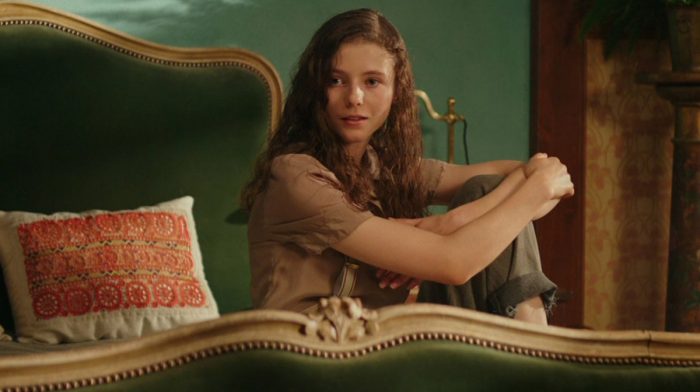 Still on Netflix in The King, McKenzie seemed to come from nowhere to appear in 2018’s off-the-grid drama Leave No Trace. Her subtle performance as the daughter tempted by life in the mainstream was an eye-opener that earned her an Independent Spirit Award nod and marked her out as a significant talent.

After a quieter 2019, she kicks off the new year in Taika Waititi’s anti-hate comedy, Jojo Rabbit, playing a teenage girl who befriends the young boy of the title.

She moves to Sundance at the end of the month, for the world premiere of Lost Girls, which sees her co-starring with Amy Ryan and Gabriel Byrne. And in February she’s alongside George MacKay (see above) in The True History Of The Kelly Gang.

Fast forward to September when what looks like her most intriguing project, Edgar Wright’s Last Night In Soho, arrives. No doubt about it, 2020 will be a big year for her. 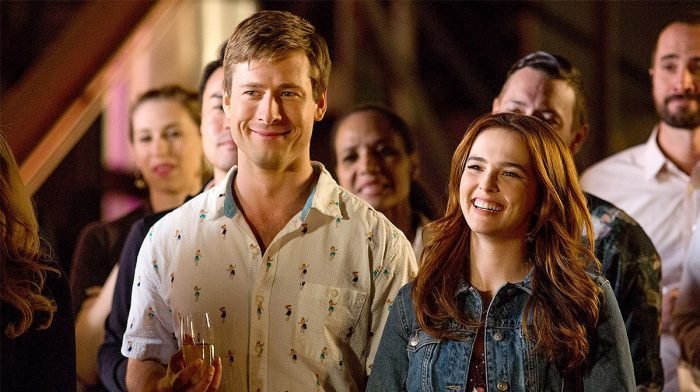 Another familiar face, one that seems to have been waiting in the wings for some time, Powell has been putting in equally strong performances in dramas like Hidden Figures and comedies like Set It Up.

While nearly everybody else we’ve talked about so far can look forward to several releases in 2020, he has just one. A huge one. Top Gun: Maverick could be the breakthrough he’s been waiting for.

Apart from knowing that it’s a sequel to the 1986 favourite, that Tom Cruise is back and that it’s due for release in the summer, we’re all in the dark, certainly as far as the plot is concerned.

Even the name of Powell’s character hasn’t been revealed, and he doesn’t have a single line in either of the two trailers, but take a closer look. As he tosses around a football on the beach, there’s more than a hint of the beach volleyball scene from the original – and of Val Kilmer’s Iceman. This could be his moment and his year. 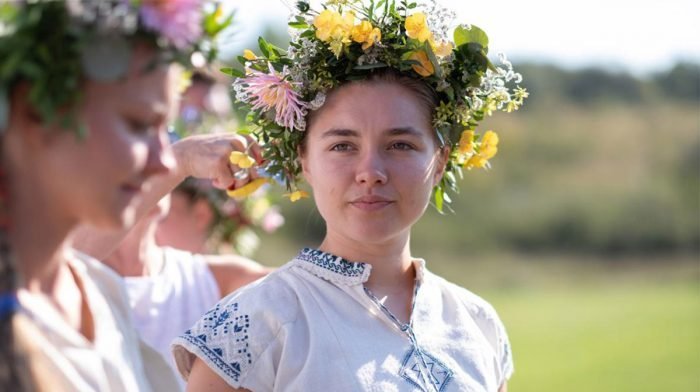 This year she dominated the wrestling ring in Fighting With My Family and went through a break-up in the disturbing Midsommar. Her final appearance of the year was on Boxing Day in Greta Gerwig’s Little Women in a performance which has earned her a Critics’ Choice nomination.

In itself, that’s an impressive roll call, but next May sees her go pure Hollywood in Black Widow, going toe to toe with Scarlett Johansson.

We’ve all seen the trailer and the film looks tailor made for her particular brand of assertive, confident acting. We simply cannot wait to see more!