Robert Eggers made a name for himself with his 2015 directorial debut, The Witch, An atmospheric tale that speaks to female empowerment and control in an oppressive time.

His second film, The Lighthouse, couldn’t be more different. Yes, it’s all about mood and atmosphere, but there is no linear narrative.

Instead, it is about two men attempting to stave off madness, eventually succumbing to some unknown force that may drift in the waves. 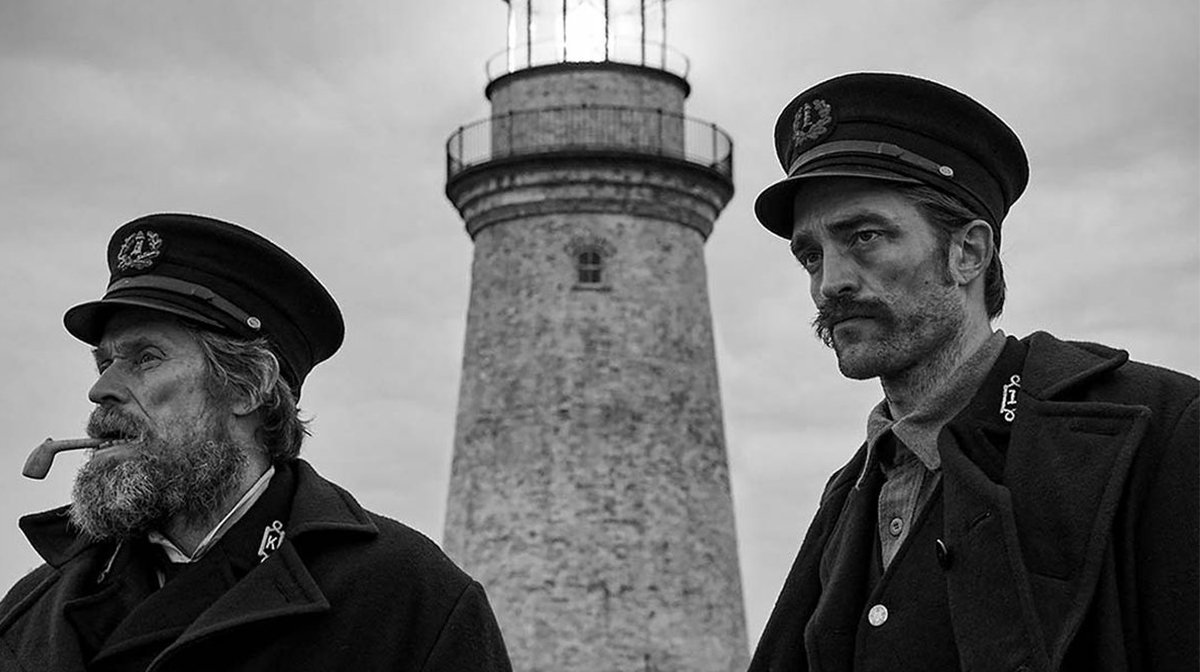 In 19th century New England, two men arrive at a remote lighthouse: Thomas (Willem Dafoe) and Ephraim (Robert Pattinson). They are tasked with taking care of the dilapidated quarters and making sure the light never goes out.

Thomas has staked a claim on maintaining the light, declaring it is his and only his. This grates on Ephraim, filling him with disdain and frustration as he stokes the fire and scrubs every inch of their quarters.

As the days slowly pass, resentment builds and madness sets in. The two men enter an incomprehensible nightmare full of violence and mermaids. 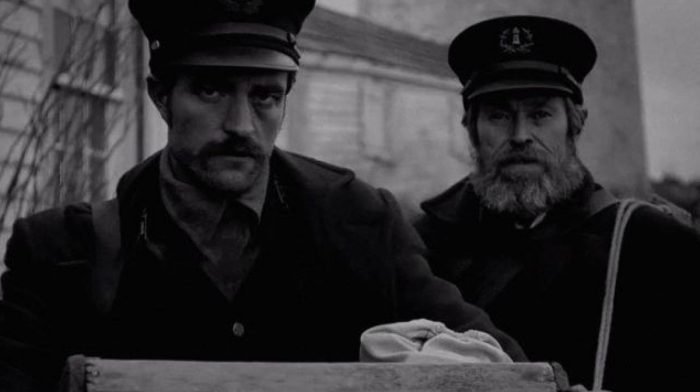 Pattinson and Dafoe are at their absolute best, throwing themselves openly into the madness.

Dafoe screams sea shanties and eloquent curses in a thick mariner accent that strangely suits him. He is both lovable and repulsive in his obsession with the beam of light emanating from the titular lighthouse.

While Dafoe is phenomenal, Pattinson is almost unreal as the younger of the duo. His slow descent into madness is dizzying and horrifying as he twists his often stoic face into demented screams and tirades against his older counterpart. 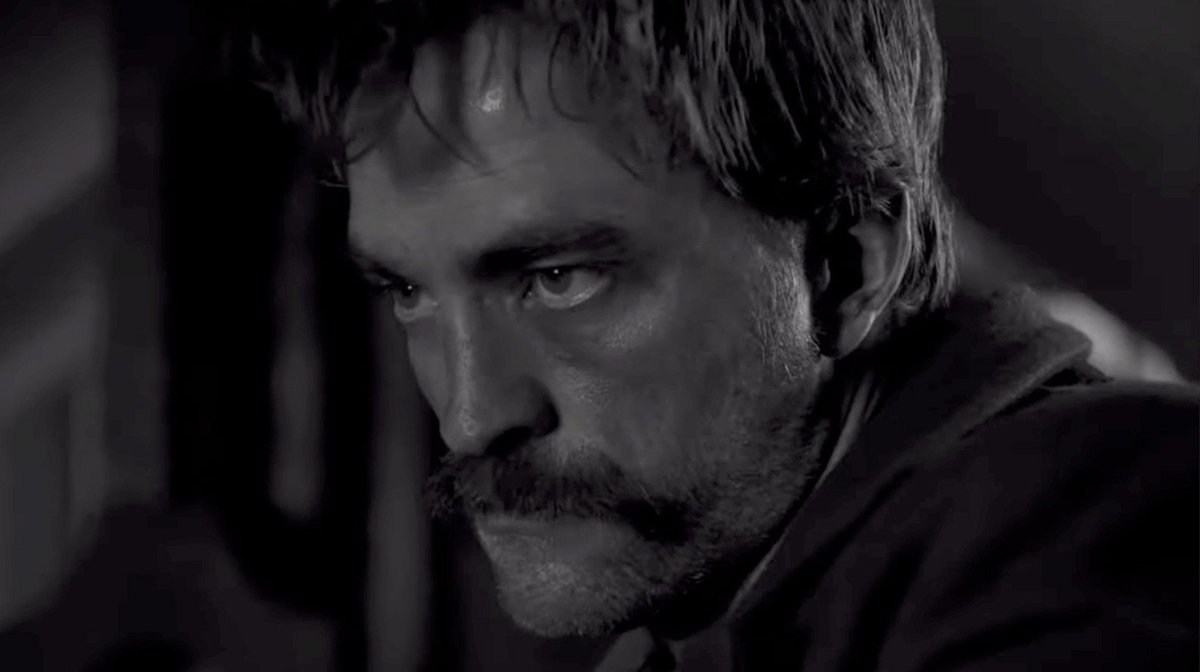 Like with The Witch, Eggers tirelessly researched his subject matter, making sure to emulate the speech of 19th century seamen. It is gruff and at times incomprehensible, but there is something so entertaining about Dafoe constantly muttering the word ‘ye’.

His research also led to the inclusion of a foghorn, whose loud and low tones permeates the fog-covered gloom of their rocky home. It feels like an alarm warning the characters of their impending doom. With each horn blast, tension rises and anxiety builds.

The Lighthouse is also impeccably shot. Eggers filmed the entire thing on black-and-white 35mm and in 1:1 aspect ratio. He and his cinematographer Jarin Blaschke used the colour palette to their advantage to create dramatic lighting that renders Dafoe and Pattinson into demonic-looking creatures.

The black-and-white film, paired with dramatic lighting, pays heavy homage to horror works of the past. 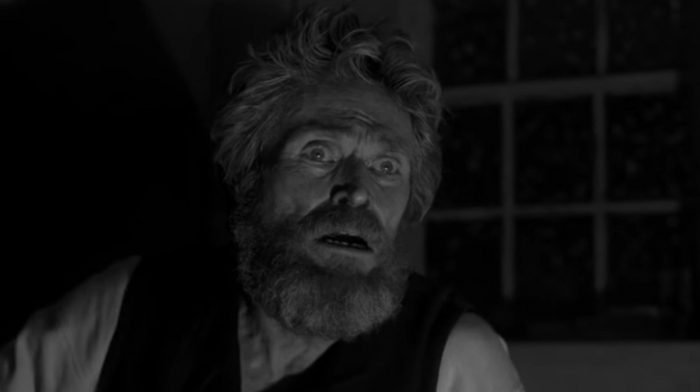 The life of a lighthouse keeper is not glamorous, and The Lighthouse makes sure you know that; it is so grimy you can practically smell it.

Dafoe is often heard releasing loud farts. Pattinson is often covered in sea water, mud, and various bodily fluids. You want to crinkle your nose in disgust as you can smell the stale stench of dried salt, sweat, and booze.

This visceral reaction to images is a testament to Eggers’ writing and world building. His stars aren’t sacred and are made repulsive, both physically and emotionally. 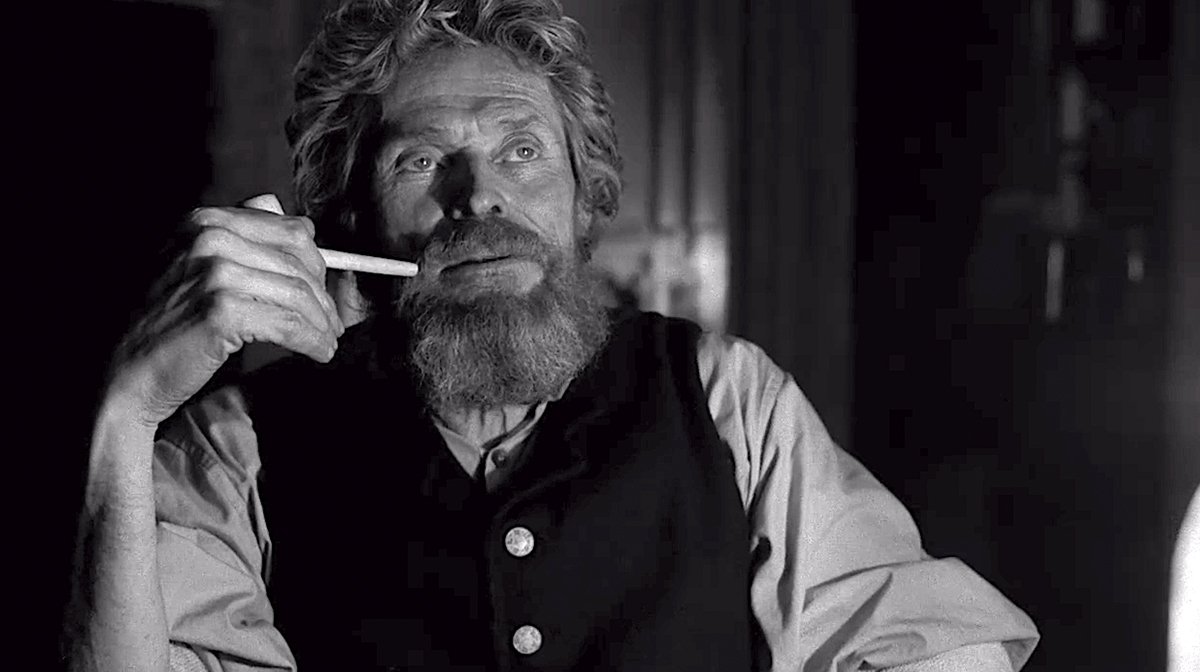 Eggers’ second feature film is an ambitious exercise in style before substance. He has created a beautiful yet repulsive experience that emulates sea madness.

It will not be a film for everyone, but it will creep into the dark corners of your mind.

While its lack of linearity and sometimes incomprehensibility will frustrate audiences, its artistry and performances will keep you in Eggers’ tentacular grasp. Let his tentacles wrap around your brain and pull you into a world that seems to exist out of time and space.

The Lighthouse will be released in UK cinemas 17th January 2020.

Are you excited for The Lighthouse? Let us know on social media.