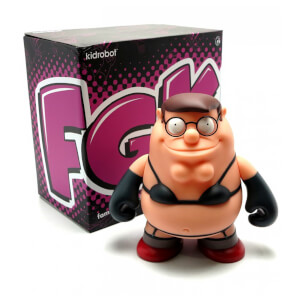 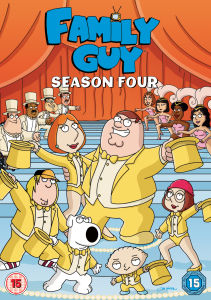 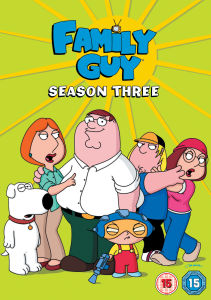 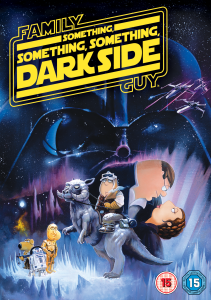 Family Guy Something Something Dark Side Limited Edition 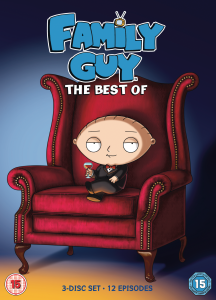 Family Guy: The Best Of 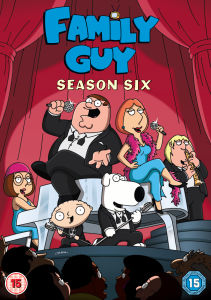 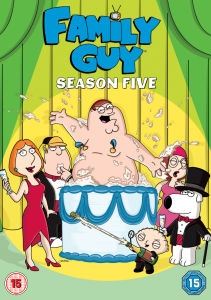 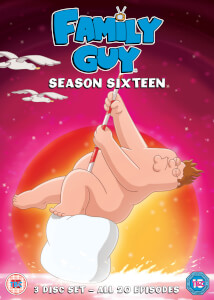 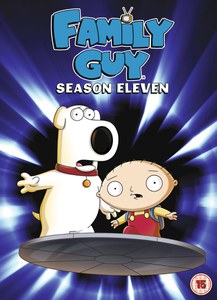 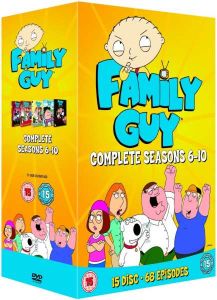 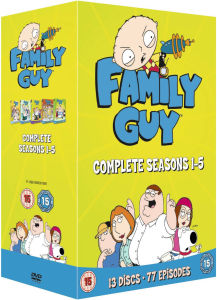 Bring some of Quahog to life with our range of Family Guy gifts & merchandise that are a must for fans of this super series.

Originally starting back in 1999, Family Guy is still going strong over 20 years on and it’s still providing us all with an awful lot of laughs.

Created by the brilliant Seth McFarlane, this isn’t your standard animated sitcom. It features crazy characters, bizarre storylines, hilarious parodies and much more. There isn’t anything else like it.

It follows the adventures of the rather ridiculous Griffin family – Peter, Lois, Meg, Chris, Stewie and their dog Brian. With each one bringing something unique and more importantly, funny to the table.

Lois (voiced by Alex Borstein) deserves a lot of credit for putting up with him and the rest of the family for that matter! In comparison to her crazy husband, she seems pretty normal, but she still has her moments!

Meg Griffin (voiced by Mila Kunis) is without a doubt one of the most abused characters in Family Guy. She gets regularly bullied by her family and is often made the scapegoat for anything that goes wrong, and we mean ANYTHING. You can feel sorry for her at times, but the classic ‘Shut up Meg’ quote is great.

Often the oldest sibling is the favourite but in this case it’s not, with younger brother Chris Griffin (voiced by Seth Green) definitely ahead on that front. Despite being somewhat lazier and unintelligent than his older sister, he definitely gets significantly less slack – unless Herbert or the Evil Monkey are involved.

The youngest sibling comes in the form of Stewie Griffin (voiced by Seth McFarlane) who despite being a baby, is super smart. It’s fair to say that he’s not particularly fond of his family which leads to him regularly coming up with evil plots to kill them and achieve world domination. And there’s also the matter of his ambiguous sexuality to throw into the mix which begs a lot of questions. A great character.

Capping off the family there’s their beloved dog Brian Griffin (voiced by Seth McFarlane). But he’s not your stereotypical pooch, he enjoys whisky and smoking but he does appear to be more rational than the rest of the family, which is why he enjoys a close relationship with Stewie – he’s also the only one who can actually understand him.

The Griffin family are fantastic but their supported by some magnificent characters in the form of Quagmire, Joe, Cleveland, Consuela, James Woods, Adam West & many, many more that make this show so brilliant.

All of us here at Zavvi UK are huge fans of this brilliant franchise and here you can find some of the greatest Family Guy merch & gifts for all fans.

There’s been well over 300 episodes of this zany comedy across 18 seasons and it can be hard to keep up. But with our selection Family Guy DVD’s that’s something that you no longer need to worry about.

Here you'll find special Family Guy box sets on both DVD ad Blu-ray – meaning that you can enjoy the Griffin family’s crazy adventures in high definition. These box sets are perfect for binging on those quiet nights or watching with friends, guaranteed laughs.

You can also find the hilarious, special versions of the show featuring Family Guy Star Wars. This is available on DVD & Blu-ray and it’s perfect for fans of Star Wars, adding a new hilarious element to the show. We love it.

Comedies don't get much more ludicrous than this and you can re-live all the laughs with Zavvi UK and our selection of Family Guy merch & gifts.