When is Star Wars: The Rise Of Skywalker Blu-ray Release Date?

The film will be released on 4K Blu-ray in Ultra HD on 20th April 2020 and is actually available on pre-order now, so you don’t have to wait too long before you can re-watch all nine Star Wars Skywalker Saga movies in high quality, in the comfort of your own home. Make sure you get your copy and don’t miss out!

If you don’t have a 4K Ready TV or 4K Blu-ray player, but you still want to get your hands on a physical copy of the movie, you can also buy Star Wars: Rise of Skywalker on DVD.

May the Force be with you…

We all know that feeling when you walk out of the cinema and know that our lives have just been changed forever. Great films have that impact on us, and each and every one of us could probably admit that there was at least one film that gave them Goosebumps, made them jump out of their seat, made them cry or made them laugh uncontrollably.

Whether it’s an animation, a live-action, a science-fiction, a comedy or a horror film that gave you that incredible feeling, it’s understandable that you wouldn’t want to wait too long before you got the chance to watch that particular film again.

A long time ago in a galaxy far, far, away, the first Star Wars film hit screens in 1977 with ‘A New Hope’. Fast forward to 2019 and you’ve got nine films, a global fan base, and a franchise that has touched and had a massive influence over pretty much every aspect of pop-culture. The films have captured the hearts of millions around the globe and have inspired fans to determine their own destiny from the very beginning.

The final installment of the Skywalker Saga hit screens in December 2019 and it was for many people, the film of the decade. It made us laugh, cry, cheer and jump out of our seats, and for many longtime fans, a fitting conclusion to the smash-hit saga. Star Wars fans across the globe were thrilled by the battle scenes, touching moments, and incredible visual effects. 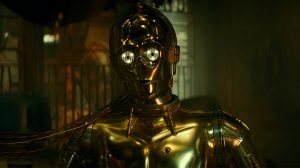 The film was directed by J. J .Abrams, who alongside Lucasfilm was a safe pair of hands for the finale, tying up every story arc, plotline, and character in a way that would leave fans feeling satisfied. It sees Mark Hamill reprise his role as Luke Skywalker, and stars Adam Driver as Kylo Ren, Daisy Ridley as Rey, John Boyega as Finn, Oscar Isaac as Poe Dameron and Anthony Daniels as C-3PO. The production even used archive footage of the late Carrie Fisher as Leia Organa, to make sure the character was given a complete story arc and that Carrie was given the send-off she deserved, seeing as she was the leading actress from the original trilogy and bonafide Star Wars legend.

This final installment of the Star Wars Saga (which spans over 40 years!) follows the rebels as they embark on one last big adventure. When it is uncovered that the evil Emperor Palpatine did not, in fact, die at the hands of Darth Vader as everyone was led to believe, the rebels must race against time to discover his whereabouts and put a stop to the First Order’s evil plans to form a new Empire and resurrect Palpatine and the Sith. Rey, constantly battling with her complex, combative and long-distance relationship with Kylo Ren, also deals embarks on a journey of self-discovery and self-definition.  She trains under Leia and grows in confidence with her power and ability to resist the constant pull of the Dark Side, and she must prepare for her inevitable confrontation with Kylo Ren and put her Jedi training into action once more in the battle of a lifetime. 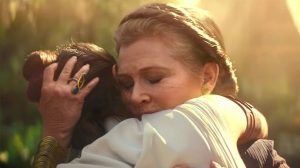 But why bother with 4K Blu-ray when you can watch it online on a streaming service?

Well, although streaming services may seem to be dominating the film world right now, they certainly aren’t the future of TV and film and they definitely can’t emulate the quality of experience you get in a real movie theatre. Plus, many streaming services will have films up for a certain period of time and for super-fans, that can be pretty frustrating. If you prefer to have the freedom to watch whatever you want, when you want – you should get your hands on a physical copy of the film on 4K Blu-ray and own the movie outright.

4K Blu-ray in Ultra-High definition is currently the closest representation of life-like colours, textures, and motion available, and the closest most of us will ever get to having our own home cinema. 4K Blu-ray outperforms streaming services in terms of speed, colour, sound, and image quality. There really is no contest here! If you want to live your all-time favourite movies and not just watch them, 4K Blu-ray is your answer.

By the year 2000, most shelves that were stocked with VHS tapes had nearly all been totally emptied and replaced with DVDs, and for good reason! Watching your favourite movies on 4K Blu-ray will transform your at-home viewing experience and transport you from grey everyday life into a cinematic world of technicolour. Disney really knocked it out of the park with this one, and watching Star Wars: Rise of Skywalker over and over is going to be on lots of people’s to-do lists. The outstanding visuals and incomparable quality of 4K Blu-Ray allow you to get closer to the action than ever before and feel as if you’re fighting alongside Finn, Rey, Chewie, and little BB-8.

So after nine films and four decades, the Saga finally reached its conclusion and if you can’t wait to see it again, hopefully, we’re able to help. Even though it’s all over, these films will continue to inspire and captivate fans for many years to come.