It’s been a busy year for Tom Harper. His latest film The Aeronauts, starring Theory of Everything collaborators Eddie Redmayne and Felicity Jones, follows hot on the heels of the utterly sublime Wild Rose, which only hit screens back in April to critical acclaim.

However, whilst Wild Rose offered a distinctly modern working class portrait of a country musician struggling to find her way out of Glasgow, with his latest film Harper has gone in the polar opposite direction with a period piece that is firmly pointed skyward.

Taking place in the middle of the 19th century, the film ‐ inspired by a true story ‐ follows meteorologist James Glaisher (Redmayne) and aeronaut Amelia Rennes (Jones) as they attempt to break the record for the highest ascent in history.

While both have their own vested interests in the endeavour, at 30,000 feet and with the elements as well as their own minds against them, the pair are forced to work together as a team.

Playing out in something not far from real time, the clock ticking as the ascent gets more and more precarious, Harper utilises flashbacks quite heavily.

While this is clunky at times, it does both vary the pace and pitch of the film, as well applies emotional context to the various psychological challenges Glaisher and Rennes are facing in the intimate confines of their floating wicker basket.

Whilst the expansion on Glaisher’s struggles to be taken seriously by the Royal Society, and the Alzheimer’s afflicting his father, played quite touchingly by Tom Courtenay, are pivotal to our investment in the character, there is a case to be made that this context needn’t have been retroactively applied.

Sometimes, linearity is an ally, and for such a classically set up Sunday afternoon style adventure, the to‐ing and fro‐ing between past and present doesn’t do the narrative any of the favours Harper may have hoped they would. 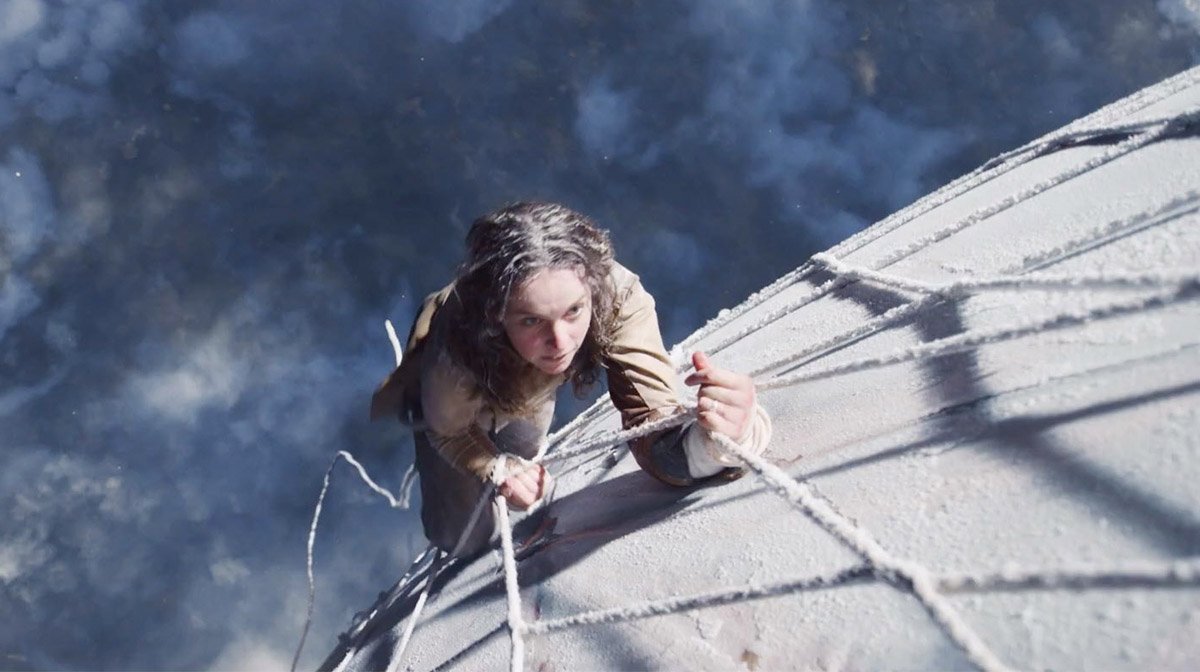 Likewise, the film looks at the sources of Rennes’ anxieties about flying again after a hazily alluded to tragedy befell her and her husband on their last expedition together. The fragmentary construction of her narrative though punctures the emotional punch of what actually happened, far more than it punctuates it.

That being said, the story has been written solidly, even if the pieces feel a little misaligned.

Also, Redmayne and Jones are such an easy to root for screen pairing that though the film’s chronology may not do them any favours, their pure talent and Harper’s directorial flair shines through clearly nevertheless. 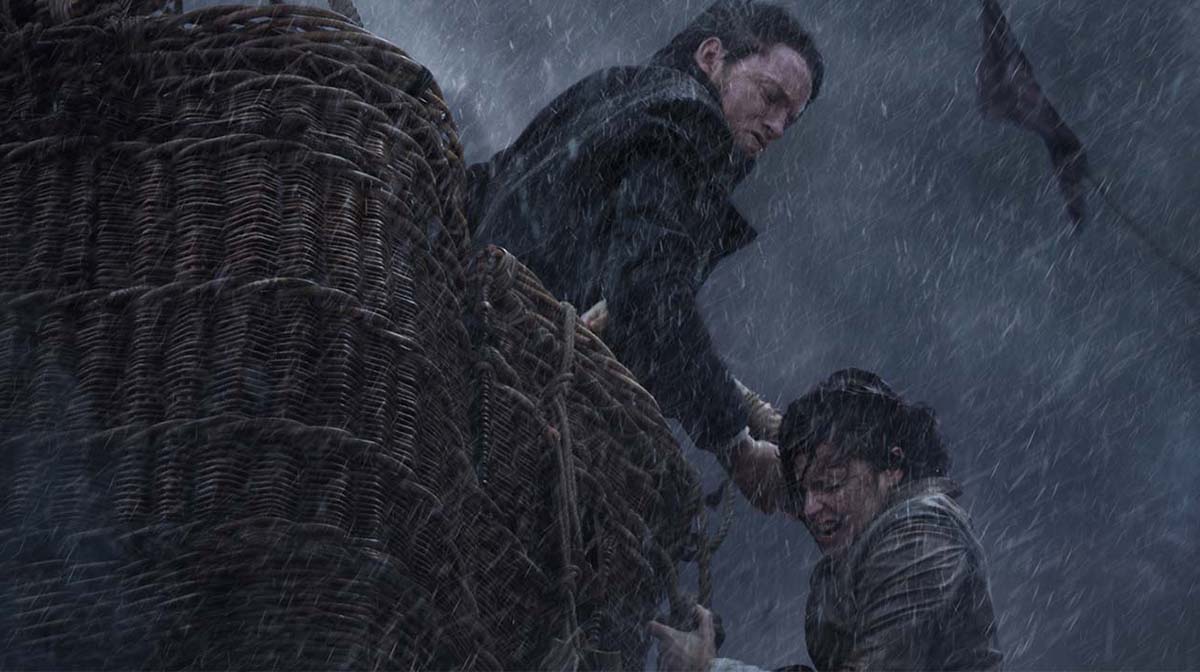 Away from the characters’ personal lives however, where the film truly excels is in its evocation of the pure wonder that is the sky through which Glaisher and Rennes travel.

George Steel’s cinematography luxuriates in the wide open vistas that exist above the clouds, and his framing never fails to remind viewers of the majesty of Mother Nature.

When she is angered, frenetic handheld style camerawork puts us in the eye of an untameable storm with Glaisher and Rennes, yet when she is still and tranquil, there is something almost poetic in the way that pseudo-fantasy is brought to life.

A migration of yellow butterflies grace the screen like a frame from the Disney archives in one particularly luminescent moment, and the stars hover almost impossibly just above the earthly plane like wishes ready to be made in another. 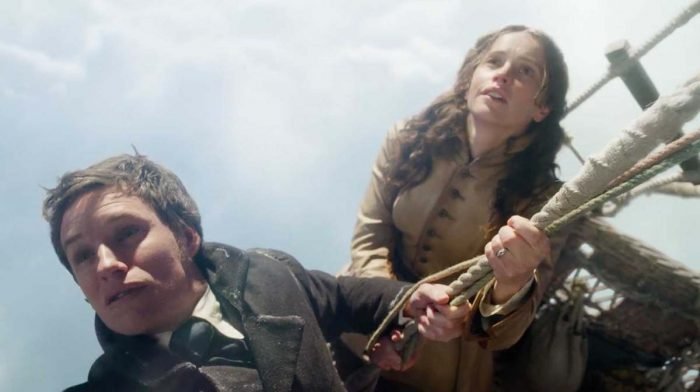 To be sure, The Aeronauts is never anything less than beautiful to look at, from the Victorian skyline right down to the beautiful period costuming, and it is merely a bonus that the film itself, thanks to Harper’s knack for creating characters you want to see succeed and situations which seem destined to see them fail until the last, is so thoroughly enjoyable.

It is an adventure film in the most traditional of senses that manages to both illuminate and entertain. With a great British director at the helm and two of England’s finest young actors leading the line, The Aeronauts takes off in style and, barring a few technical difficulties, more than comfortably sticks the landing.

The Aeronauts will be released in the UK on 8th November.