From the moment Midsommar director Ari Aster announced that his first cut of the horror hit clocked in at nearly four hours, fans have been salivating over the chance to see more of the acid drenched story.

And to their delight, A24 has released a Director’s Cut featuring 24 additional minutes of footage.

But can a film that already moves at a deliberate pace remain engaging and interesting with almost a half hour added to its run-time? 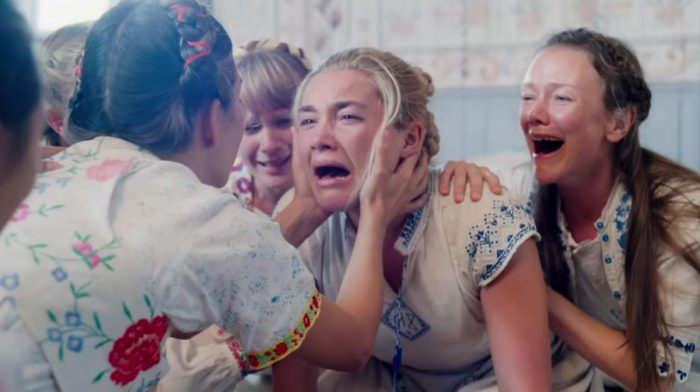 Dani hopes the trip will allow her to get her mind off a recent family tragedy, but the Americans find themselves caught in the middle of mysterious festivities they don’t fully understand.

Much was made of the new scenes and whether they would add anything new to the film or change its narrative substantially, but what they mostly do is add depth to character motivations and conflicts, with some additional foreshadowing sprinkled in. 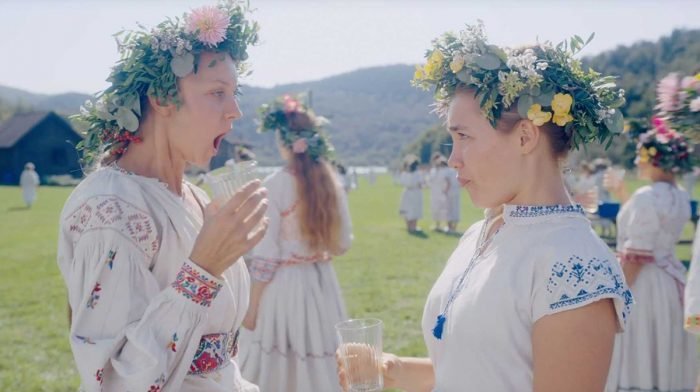 The car ride scene following the students’ arrival in Sweden is extended, featuring dialogue that hints at the fate awaiting Pelle’s friends once they arrive at the festival.

Upon their arrival, members of Pelle’s commune remark about the American tourists’ admiration of the Swedish countryside saying, ‘see Pelle, you’ve managed to brainwash your friends’, to which he ominously responds ‘Josh was already brainwashed when I found him’, giving a hint as to how Pelle first began to choose whom he would bring home to sacrifice for the 90‐year cycle.

The Director’s Cut also adds to our understanding of the characters and their relationships. We learn the most about Christian and his selfishness through added footage of his interactions with Josh and Dani.

Aster shows us that his decision to encroach upon Josh’s thesis was in the works much sooner than was presented originally. Early on after Josh asks for greater access and materials from the festival, Christian quickly steps in to thank Pelle for his acquiescence, much to Josh’s suspicion. 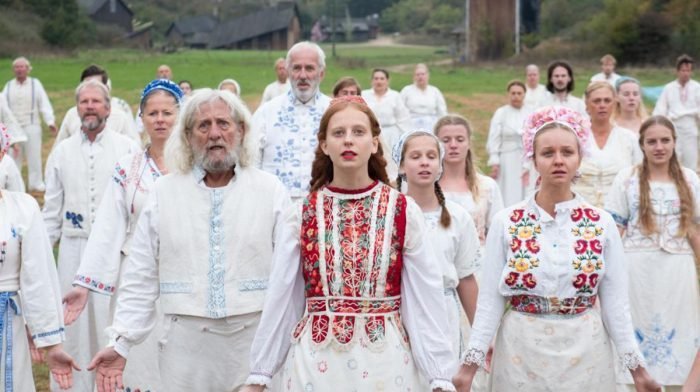 Dani and Christian’s relationship features new interactions that highlight his emotional abuse, while fleshing out Dani’s eventual decision in the film’s explosive conclusion.

In a new scene set at night following another attempted ritual suicide, Dani confronts Christian and demands they leave the festival together. Christian refuses and when Dani asks if he still loves her, he again turns Dani’s displeasure back onto her, asking if her random displays of affections are just passive aggressive hints at his own romantic inadequacies.

The argument and Christian’s continued cruelty drive home the toxic nature of their relationship, giving greater weight to its conclusion. 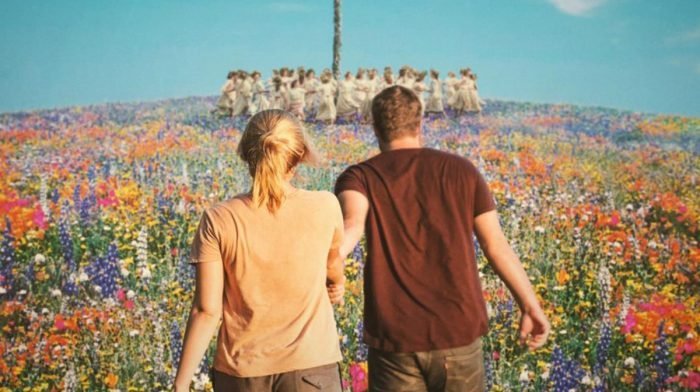 One controversy in the theatrical cut was a scene featuring Christian having sex with a young admirer from the commune, after having a drink laced with her blood designed to put him under a love spell.

The moment Dani witnesses this is when their relationship ultimately crumbles, and she finally decides to integrate herself into the cult.

Many viewed the scene and Dani’s reaction as the downplaying of a sexual assault; Christian being seduced unwittingly through an altered drink. An extended scene however calls this into question. 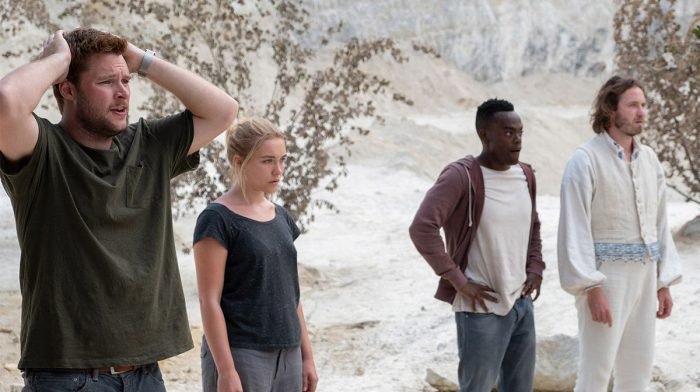 In it, Christian speaks with a female elder from the commune about his potential interest in his admirer, and is told about the sex ritual and the part he’d play in it. The elder attempts to manipulate Christian by playing up the additional access to the commune participation would bring him for his thesis.

Christian does not immediately dismiss participating, he instead asks if he must have sex in order to witness the ritual. The conversation ends there, leaving the question open as to how the elder answered and what Christian decided to do.

Was he told having sex was a must in order to gain access to the ritual? Did he agree or say no, prompting the love spell put in his drink, making the sex non‐consensual? The ambiguity changes the conversation around the scene and makes the interpretation that Christian was assaulted not so cut and dry. 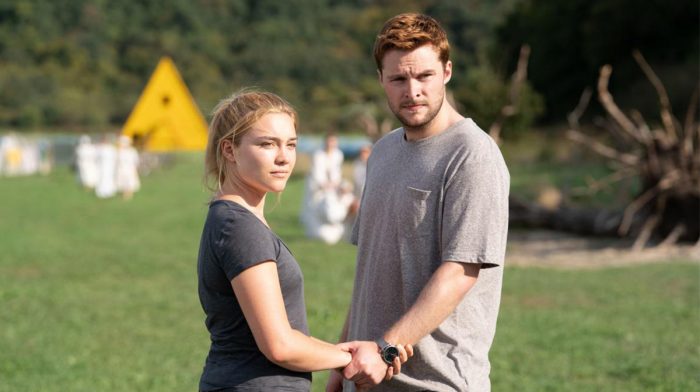 Midsommar: Director’s Cut also highlights some of the visual storytelling and communication included by Aster that may not have caught your eye during your initial watch.

Shots like a painting of a bear on the wall above Dani as she solemnly lays in bed mourning the tragic loss of her family, or the way that Dani and Christian subtly switch places during their argument after the party where he reveals his plans to travel to Sweden for midsummer, signifying the shift in blame once Christian has successfully turned things around on her, and gradually gaslit Dani into believing she is equally at fault.

This visual storytelling is indicative of Aster’s skill in the area and the technical prowess that made the film one of 2019’s best releases.

It presents extended and additional footage that enhances and expands what made the theatrical cut so great. Ari Aster adds almost half an hour without diluting anything, or negatively impacting the already deliberate pacing.

We learn more about what makes the characters tick, what drove them to their decisions, and are even left with one ambiguous twist that could make for interesting debates in the months to come.

Most importantly, the Director’s Cut reiterates what a talent Aster is, how capably the actors performed, and how great the film is overall.

What did you think of Midsommar? Let us know on social media.