When discussing the best films of all-time, Francis Ford Coppola’s cinematic giant Apocalypse Now is never far from the conversation.

Often adorned with words like ‘masterpiece’ and ‘perfect’, it’s a rare achievement that not only swims in critical acclaim, but has garnered respect universally.

When Coppola began production on Apocalypse Now, he was already commercially and critically successful, and had cemented himself as one of the best working directors at the time.

But even he was not fully prepared for the stress and difficulties that would arise during the making of his ambitious war movie. What followed was one of the most infamous film shoots of all time, and a crazy final product to match. 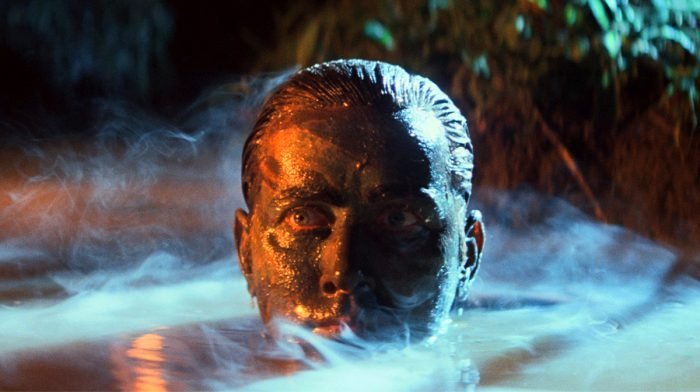 Sitting comfortably among the all-time greats, Apocalypse Now was a prime candidate for a pristine 4K restoration, which it has now received. The Final Cut is Coppola’s definitive version of the film, with substantial changes in run-time and edits.

It also boasts a refresh of the film’s visuals and sound, with the new version restored from the original negative. Coppola himself says it sounds and looks better than ever; 11 months of meticulous clean-up will do that.

Featuring some of the most recognisable music in movie history, as well as some of the format’s greatest cinematography, to see it newly minted on a big screen is to experience one of cinema’s finest offerings at the peak of its power. The shadow-submerged third act in particular shows off incredible detail. 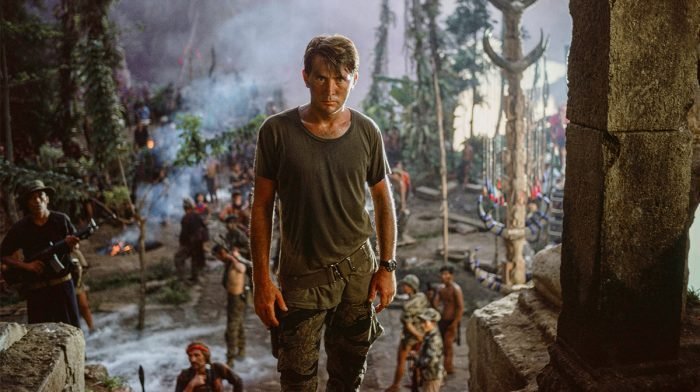 There are many reasons for Apocalypse Now being an unhinged and at times uncomfortable watch. It at first seems to glorify war; guns firing at civilians, macho men talking about their love of violence, soldiers watching Playboy playmates dance and starting to creep towards them, which twists the feel of the scene into something much bleaker.

Much of Apocalypse Now’s content is not nice to witness, and is framed in a way that perhaps makes its critique on war glorification and how it dissolves soldiers’ minds slip past radars.

The very things Apocalypse Now shows in cinematic splendour are the things it asks us to look harder; to stop stuffing our faces with popcorn for a second and ask ourselves why, like the soldiers, we’re enjoying it so much. There’s a faux blissful ignorance that covers large portions of the film. 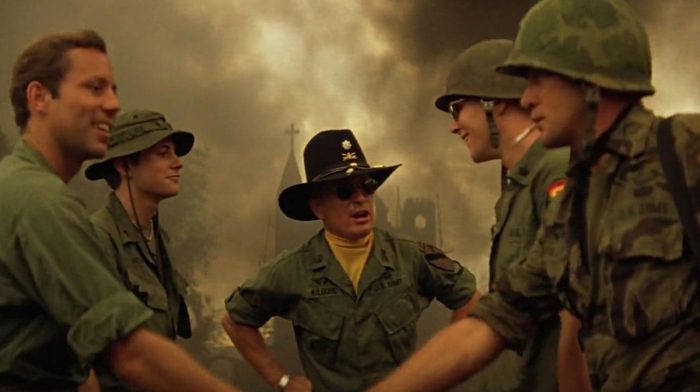 The behind the scenes lore is interestingly mystifying in its own right. On-set drama included Martin Sheen’s heart attack, Coppola threatening to kill himself, members of the cast being fired, and copious amounts of cocaine at after-work parties.

The making of the film was a mental and physical trek for all those involved, and strangely fitting considering the film’s hellish quality.

Much of Apocalypse Now hinges on its atmosphere. The fractured look at war-torn souls is part of what has made the film stick in countless minds.

The war is framed as all-consuming, so the sound and images in the film evoke hysteria and a tense mood, submerging the audience in the psyche of Martin Sheen’s Captain Benjamin L. Willard, who is the key to the film’s brutal perspective and the looming sense of madness. 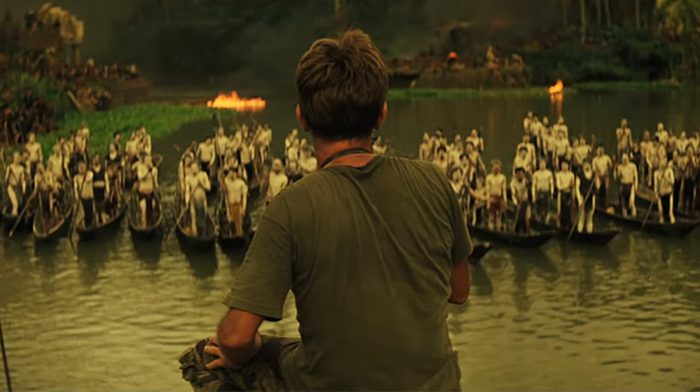 Willard, for the most part, is a calm and analytical man driven to the end of his rope by his ‘mission’; to kill a disgraced Colonel Kurtz (Marlon Brando) who has lost his mind and established himself as a god. Willard watches over the events and landscapes of the film as we do, sensing the slippery descent into amorality but unable or unwilling to prevent it.

His sensitivity to the hallucinatory particulars of his surroundings is matched only by his dedication to getting to his destination. He’s decisive and cut-throat, yet deceptively soft in mannerisms and looks.

He is the film’s ‘assassin’, and when he closes in on his target it feels as if you’re watching something that looks and moves too beautifully to be part of the murder he’s committing. As lightning strikes, his muddied body is lit up in sudden highlights, and he moves in and out the shadows with grace. His martial-arts-infused movement makes the slaying surreal. 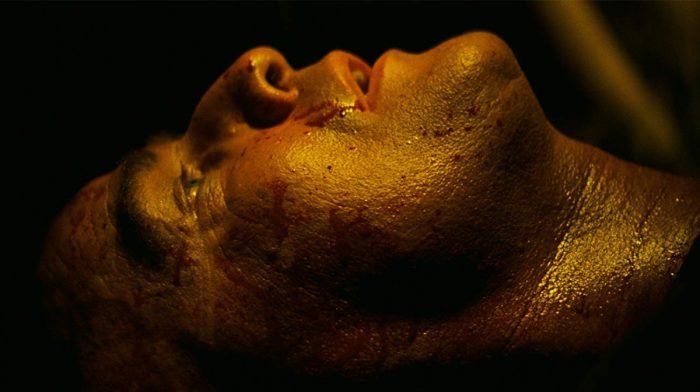 Many see Apocalypse Now as not being Coppola’s best work, but it’s fair to say it’s his most ambitious project. Willard’s obsession with his mission and finding Kurtz gives the film a splendid singular perspective. We see so much through Willard’s eyes, and his behaviour is often used to portray broader themes that go beyond the dialogue.

Willard and Kurtz’s respective arcs within the wider theme of war are of interest too. When we first meet Willard, he’s clearly suffering from some kind of PTSD. There’s a lush cut from his hotel room to the ablaze jungles of Vietnam, his memories being hazy and dreamlike despite their nature. The best thing for him would probably be some therapy and rest, but he heads straight back to the source of his pain; combat.

Kurtz is an enigma. Kept mostly in the shadows, his mythical quality hangs over the film just by being present in Willard’s mind. When Willard loses objectivity towards the idea of killing Kurtz, one reading is that he could be wrestling with the idea that he, in some way, is Kurtz. Willard has done unspeakable things, sentimentality has been drained from him, and his faceless enemies are dehumanised things to be slaughtered when need be. 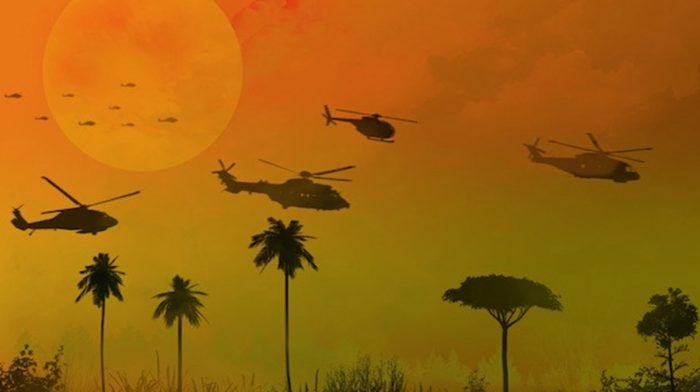 When Willard finally does the deed of ending Kurtz, the world seems to come crashing down. The quick pace feels sudden and intense compared to the slow musings of the previous two and a half hours. The stormy weather, piercing music and flashes of violence are all parts of a final breakdown. It’s a sensory overload where everything is happening all at once and it’s too much, in the best of ways.

Apocalypse Now invites you to read into the psychology of its characters. It’s messy, beautiful, and haunting. Roughly 230 hours of footage was looked through and edited by four initial editors, and decades later we now have multiple different cuts.

Whichever one you opt for, it won’t be an experience easily forgotten.

Apocalypse Now: Final Cut will be released on Blu-ray and DVD on 16th September.

Did you see Apocalypse Now: Final Cut in cinemas? Let us know on social media.