After almost two years away, Stranger Things returned to our screens with what many consider to be its best season yet.

Now the dust has finally settled on that ending, it has us wondering where the Netflix phenomenon can possibly go next.

Here’s what we can expect from the fourth (and potentially final) season of Stranger Things.

We’re not in Hawkins anymore

we're not in hawkins anymore pic.twitter.com/Y4hayuPKvu

The teaser trailer dropped by Netflix at the end of September was excruciatingly light on details, but one thing it made undoubtedly clear is that we’re definitely not in Hawkins this time around.

As the logo begins to flicker and fade, the background is suddenly replaced by the Upside Down, implying that the alternate dimension will play a much larger role this time, having been noticeably absent for much of season three.

Perhaps it’s time for Eleven and co to confront the Mind Flayer on its home turf? Alternatively, the ending of season three suggests a trip to Russia may be on the cards, in which case, there’s one thing we really want to know…

Who is ‘the American’? 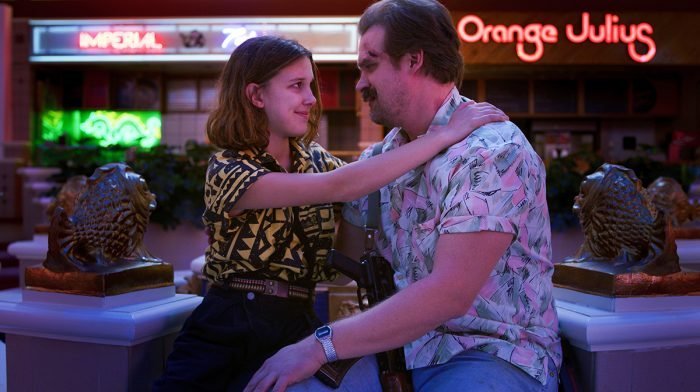 Hopper? Brenner? Barb? Unfortunately the latter is close to impossible, especially since Russian fans have pointed out the guards used the male version of ‘American’ when whispering about their mysterious hostage.

Doctor Brenner, on the other hand, seems a far more likely bet. Otherwise known as ‘Papa’, the man whose experiments gave Eleven her psychic powers, it initially seemed like he had died at the hands of the Demogorgon at the end of season one.

During season two’s Chapter 7: The Lost Sister however, a fellow scientist claimed that Brenner was still alive and kicking. With a mind as intelligent as his under their control, who’s to say what the Russians could achieve?

The most popular choice by far though is none other than Hawkins’ very own Rambo wannabe, Chief Jim Hopper. Despite being caught in an explosion, he was never explicitly shown to have died, and many fans theorise that he managed to escape just in time by jumping into the Upside Down, at which point he could have been captured and taken to a top-secret Russian facility.

The Duffer Brothers are being extremely tight-lipped about what to expect from season four, but there are a few unanswered questions we can be sure will play a big role in the story.

Will Eleven recover her powers? The end of season three certainly made it seem like they were gone for good, but it simply wouldn’t be Stranger Things without everyone’s favourite telepathic teenager.

Some fans have theorised that when the Mind Flayer was removed from her leg in the Starcourt Mall, it managed to leave part of itself behind. This could mean the villain of season four will be none other than Eleven herself, albeit under control of the Mind Flayer – much like Billy before her.

If so, perhaps accepting the Mind Flayer will be the cost of recovering her powers? Millie Bobby Brown, the actor who plays Eleven, certainly seemed to like the idea.

‘I’m into it!’ she stated in an interview with Elle. ‘What if she is the villain? That would be so cool. Wouldn’t that be cool?’

Another popular theory focuses on the introduction of time travel. This was briefly alluded to in season one when the kids’ teacher, Mr Clarke, used the analogy of a tightrope to explain how our dimension is a straight line upon which a person can only go forward and backward, while someone in the Upside Down would be able to traverse the rope in numerous other directions.

Bearing this in mind, perhaps it’s possible to use the Upside Down to travel not just through space, but time as well? Following the various references season three made to Back to the Future, as well as the clock featured prominently in the most recent teaser trailer, perhaps this theory isn’t as far-fetched as it sounds.

looking for new members… are you in? pic.twitter.com/P1xAWNUPss

The Stranger Things writers have also revealed that the first episode in the new season will be entitled Chapter One: The Hellfire Club, alongside the caption ‘looking for new members… are you in?’

This is most likely a reference to X-Men, in particular the Hellfire Club, introduced during the legendary Dark Phoenix Saga from the mid-80’s, whose goal was to seduce Jean Grey into unleashing her full, evil potential.

The comparisons between Jean and Eleven are clear, so could this title be hinting at some kind of group hoping to take advantage of Eleven’s dormant power? 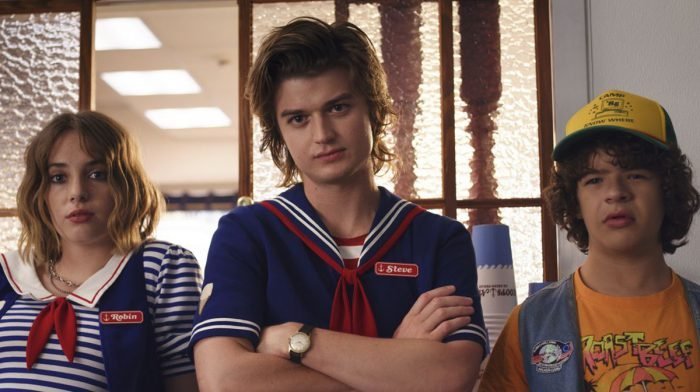 The end of season three left us with a few less characters than we started with. After being impaled by the Mind Flayer, Billy is very unlikely to reappear, and while we’re keeping our fingers crossed for Hopper’s miraculous return, it’s certainly not guaranteed.

Aside from this, it’s safe to assume all the main cast will make a comeback – and if past seasons are anything to go by, they won’t be alone.

Season two introduced a whole host of new faces to Hawkins, including Max and her stepbrother Billy, while season three gave us Steve’s newfound bestie, Robin, and everyone’s favourite Russian scientist/Slurpee connoisseur, Dr Alexei. It stands to reason that season four will do the same.

When will it air?

Netflix are yet to announce a release date for the new season, but judging from the gap between seasons two and three, we can expect it to drop sometime mid to late 2021.

Unfortunately, this means quite a wait, but with season three smashing Netflix records, it’s safe to assume its sequel will be the most ambitious season yet.

Is it really the final season?

The Duffer Brothers have stated multiple times in the past they have four seasons planned for Stranger Things, after which they intend to put it to bed.

Producer Shawn Levy went slightly further, suggesting in an interview with Entertainment Weekly that Netflix’s enthusiasm for the series could result in a possible fifth season, but agreed anything beyond that was ‘very unlikely’.

In either case, the end is in sight for Netflix’s flagship sci-fi series.