Pet Sematary star Leo the cat has passed away.

The Maine Coon played the undead version of Church in this year’s new adaptation of the hit Stephen King novel.

Sharing a photo of Leo relaxing at home, Jarrett wrote:

It is with great sadness that we tell you that Leo passed away. He will forever be missed by his human and fur family. May his star always shine bright.

Jarrett regularly shared pictures of Leo for his 16,000 followers on Instagram, including many adorable ones of the kitty enjoying the film’s red carpet premiere.

Had a great time at the London VIP #petsematary screening! Thanks to everyone who came out! Since last time Tonic went viral with his outfit, I decided to step it up a notch! Who wore it better me or Tonic!?! Please share and tag us!😻 We would love to hear you opinions!😺🐾💕 LETS MAKE LEO VIRAL!🙀 . . . @petsematarymovie #undead #famouscat #cats_of_instagram #catsfollowers #petsematary #petsemetary #petsematary2019 #churchthecat #cats #horror #horrormovies #twitter #outfits #cutecats #fancycat #paramount

While a total of four cats played Church in 2019’s Pet Sematary, Leo’s grumpy face made sure he was the one to appear on the film’s posters.

According to Jarrett, in a recent interview with The AV Club, Leo was born to play the undead Church, describing him as ‘the poster child’.

Leo is a confident sit-stay cat. His role is as the undead Church; that was his whole purpose, to be the poster child. The cat you see all across the different platforms, and in the trailer, almost any time he’s in in the undead makeup — that was Leo. 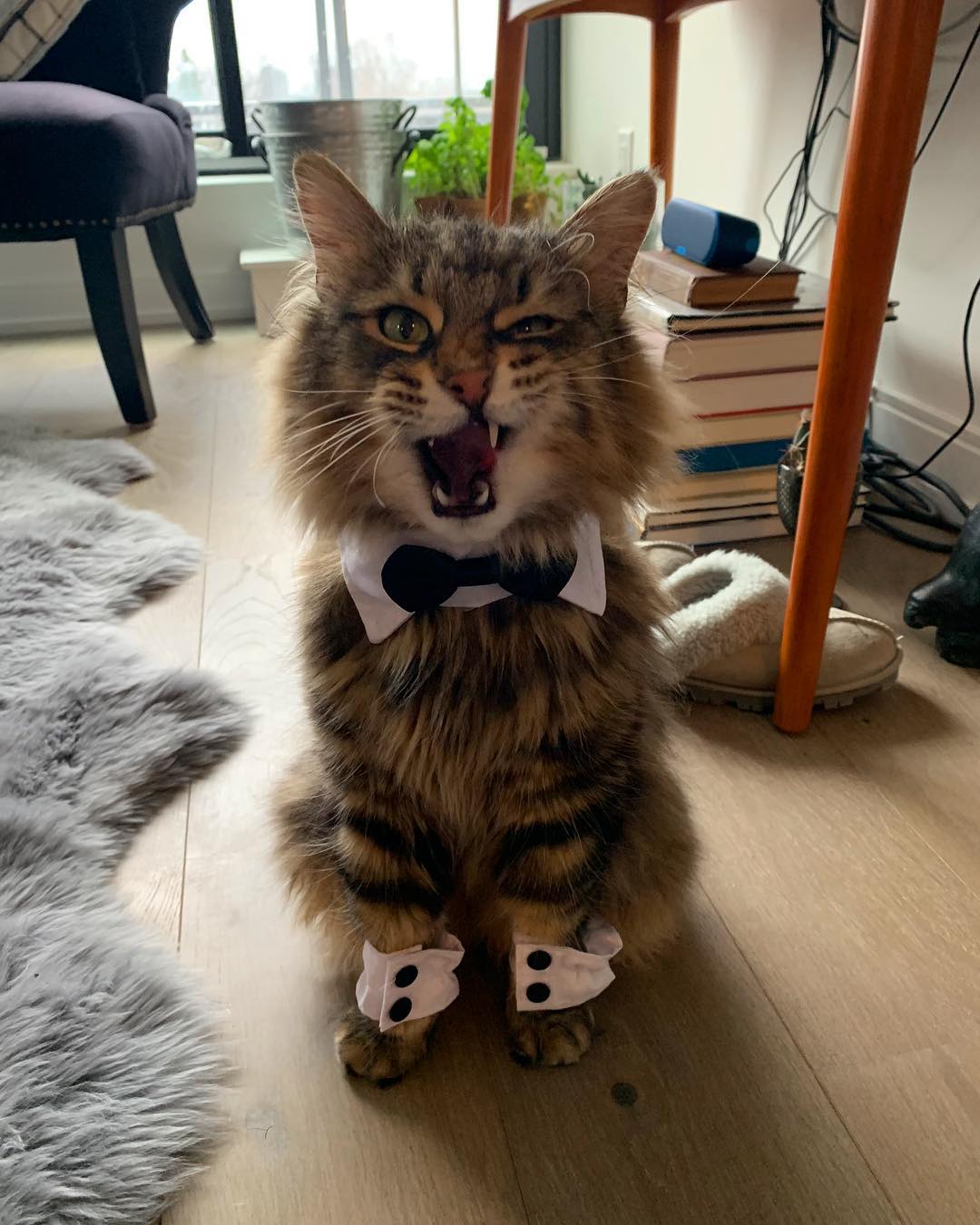 Part of it was that he’s just got such a cool look, different from any other cat I’ve seen. He’s got this beautiful face, and these eyes that are so expressive. But during the training phase, you look at yourself as a coach, and you figure out the strengths of all your team members. We did end up using Leo for almost all of the undead stuff.

We will never forget you Leo!