Looking for the latest X-Men merchandise or Wolverine gift ideas for the ultimate Marvel fan in your life? We’ve got you covered with our X-Men gift guide!

Marvel’s X-Men is a massive, global franchise that has delighted fans around the world for years. It’s hard to find anyone these days who hasn’t seen the movies, read the comics, or at least heard of the epic characters that have ruled both page and screen since the 1960’s.

The X-Men are a team of mutant superheroes who are born with superhuman abilities activated by the “X-Gene” mutation. Led by Professor X, the group fights for peace and equality between humans and mutants in a world where anti-mutant bigotry is strong and widespread. 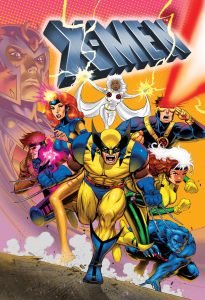 Some of the franchises’ biggest characters include Magneto, Wolverine, Storm, Jean Grey, Cyclops and Mystique. The characters have appeared in video games, television series, cartoons, and films following their comic book appearances. 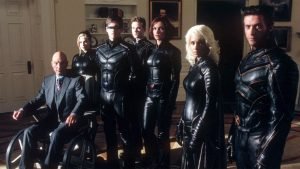 The memorable characters, gripping stories and epic films have solidified the X-Men as one of Marvel’s most successful and recognisable franchises to date.

If you know someone who is a massive fan of the X-Men looking for incredible gifts and merchandise – we’ve got you covered! Our gift guide has everything from Blu-ray and DVD, to Pop! Vinyl figures, and t-shirts. Fans will love it!

Check out our pick of the top ten X-Men gifts and Wolverine merchandise!

For more great X-Men gifts and ideas, check out our X-Men merchandise page.