‘Cable guys do this all the time’ declares Haley (Kaya Scodelario) as she prepares to descend a dank basement staircase.

Well, I’m willing to bet those cable guys never had to deal with an oncoming hurricane, burst water mains or a house full of alligators.

Haley is confronted with the giant lizards as she attempts to rescue her injured father (Barry Pepper) from the rapidly-flooding hollow beneath their old family home. 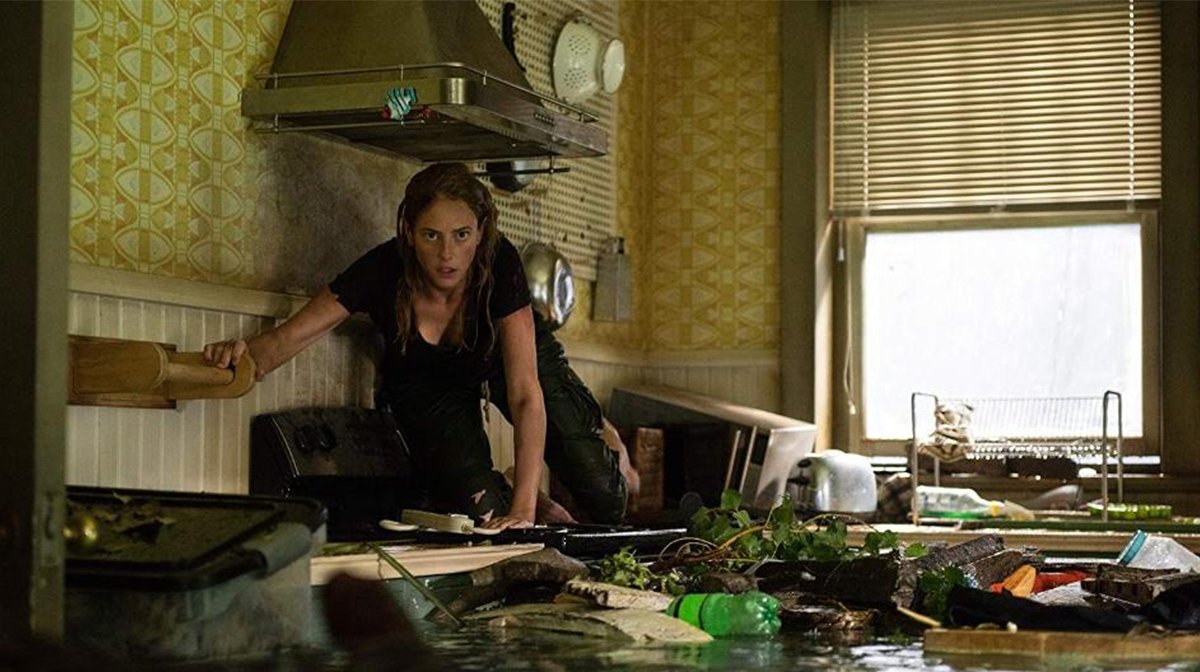 However, this creature-feature leans a lot more heavily on the father-daughter estrangement. We learn early on that Haley’s dad spent her childhood trying to mould her into an ‘apex predator’, pushing her swimming capabilities, and their relationship, to the limits (her relay team is cheekily called ‘The Gators’).

Despite imminent danger from all sides, the two find time for a few clunky exposition dumps during the critical moments most people would spend looking furiously for a way out. Scodelario and Pepper are both believable physical performers, and there are few others who could sell the application of quite so many improvised tourniquets, but they come up short on the truly emotional side. 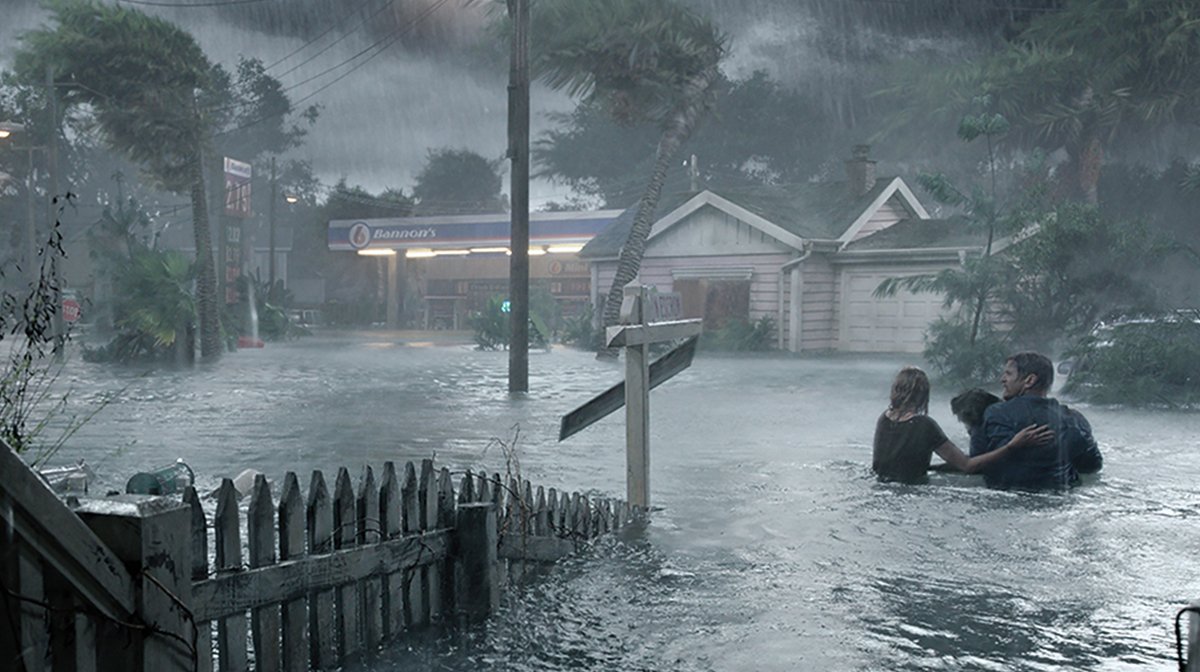 The central metaphor of their symbolic fate, drowning in the crumbling remnants of their past life, only stretches so far. A gaggle of bloodthirsty lizards don’t seem to be representative of anything besides the need for a more tangible antagonist.

But tangible they are and even if the not entirely convincing CGI doesn’t sell it to you, the sound design will.

These ‘gators are strong, heavy, and emit a hiss to make you dig your nails into your palms. Demonstrably a classic case of the ‘well, it won’t win any awards, but…’ category of B-movies, Crawl should at least receive some plaudits for sonic terror. 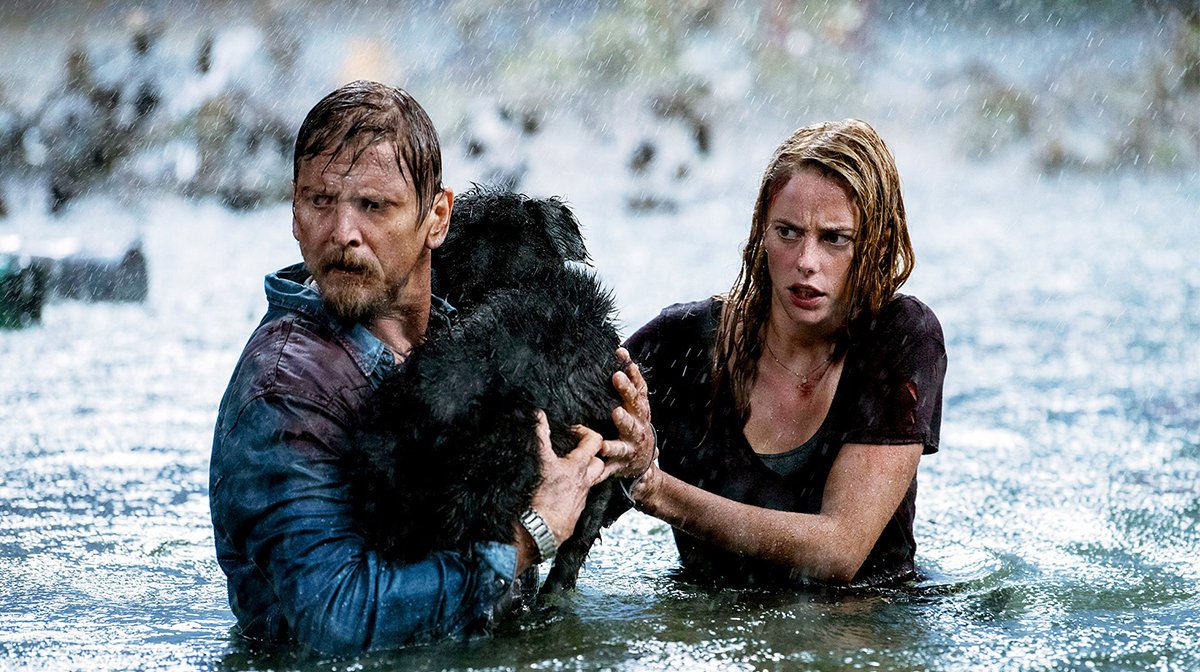 Visually it’s all rather repetitive, especially when secondary players enter the mix or whenever the film leaves the masterfully captured confines of the house.

There’s only so many times an alligator leaping out of previously still waters can entertain, even if the guessing game over which limb will be torn off first never bores.

Constant close-up footage of grimy water, half-eaten corpses and other miscellaneous viscera explains the producer credit for Sam Raimi, and a whole host of visual cues and references pay homage to everything from Jurassic Park (the swift inevitability of death by previously caged beasts) to Martin Sheen emerging from the swamp in Apocalypse Now, and even the trash compactor scene in Star Wars. 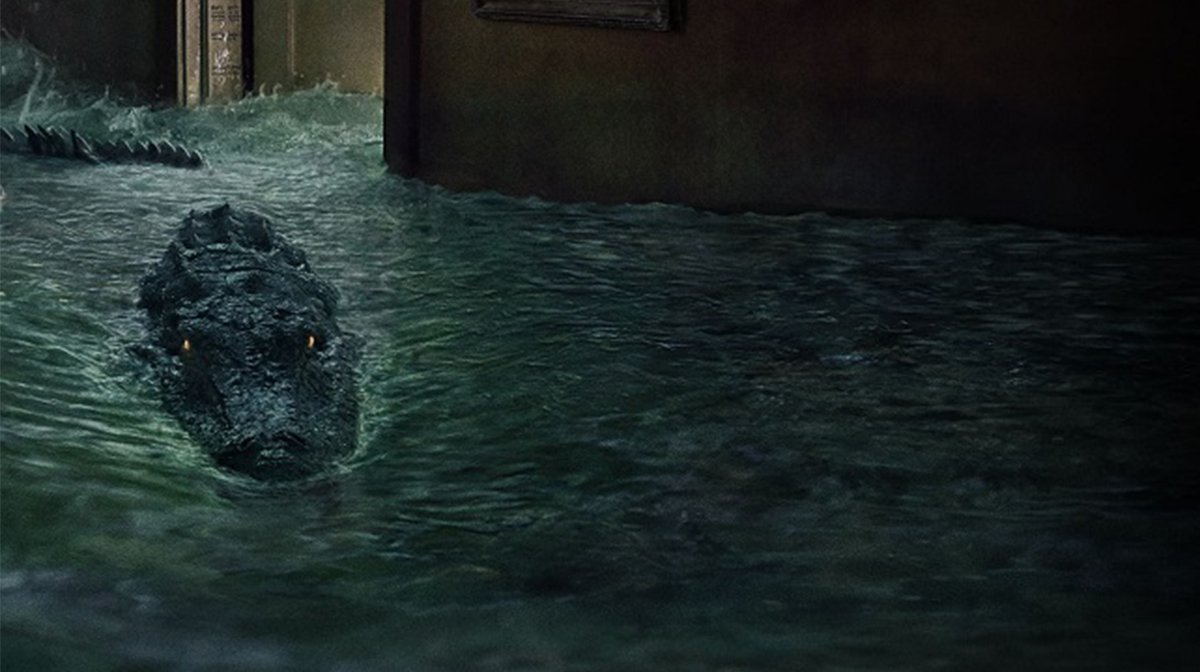 The opening monster’s-eye-view shot from Jaws is also aped with car bonnets and pavement fire hydrants in place of seaweed, though if Spielberg’s sharks had black eyes ‘like a doll’s eyes’, the alligators here have the flaming yellow of hellspawn.

Like Jaws, this efficient thriller will do little to dissuade the continued demonisation of sharp-toothed animals, but will surely delight Friday night gorehounds on the hunt for a good time.

Crawl will be released in UK cinemas 23rd August.

Will you be going to see Crawl? Let us know on social media.