Is there life outside of Earth? That’s still unknown. The X‐Files taught us that ‘The Truth is Out There’ and it appears there is a very slim (probably zero) chance we’ll find out soon.

Back in June, a Facebook event called ‘Storm Area 51, They Can’t Stop All of Us’ was created with the aim of finally discovering the truth, and as some Twitter users said, to go save some extraterrestrials.

It was meant to be comical, a bit of quick banter and a generator of a few memes, something that people would get over in a jiffy. The post started small and ended up going viral, with over two million people responding with ‘going’. 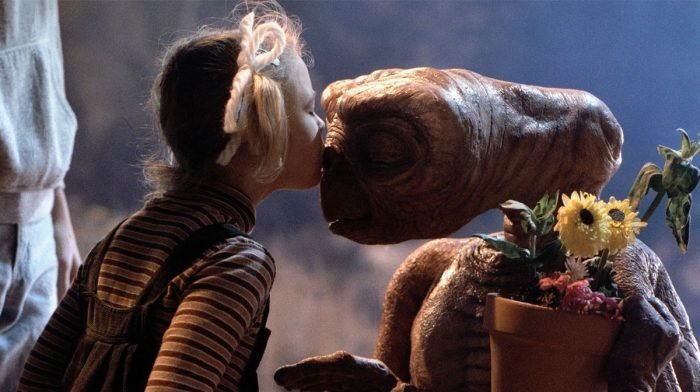 The truth is people actually took the event seriously and its creator Matty Roberts got a visit from the FBI, with Lincoln County officials even drafting up an emergency declaration.

Set for 20th September, the idea was to overwhelm the top‐secret Nevada military site with the aim of finding alien autopsies, helping save some UFOs, and of course to expose government research. Basically to prove that Mulder and Scully were right all along.

Whether the event is still happening or not, here are the best films with alien folk in them to get you in the mood for ‘Storm Area 51, They Can’t Stop All of Us’. 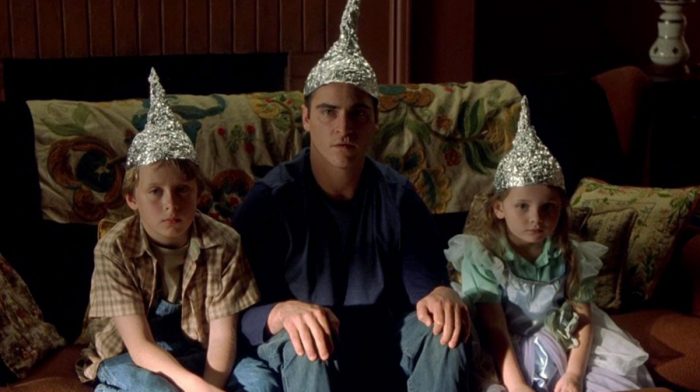 Everyone in the film world might be looking forward to seeing Joaquin Phoenix in Joker next month, but he hits the mark in Signs.

Starring Mel Gibson and a young Abigail Breslin, Signs is a science‐fiction film that focuses on the faith of an individual, and his relationship with his family, as they experience an alien invasion.

Simply put, this is an underrated film and one of director M. Night Shyamalan’s best works. It follows retired priest Graham (Gibson) as he addresses the death of his wife, and finds hard to come to terms with the loss of his faith. 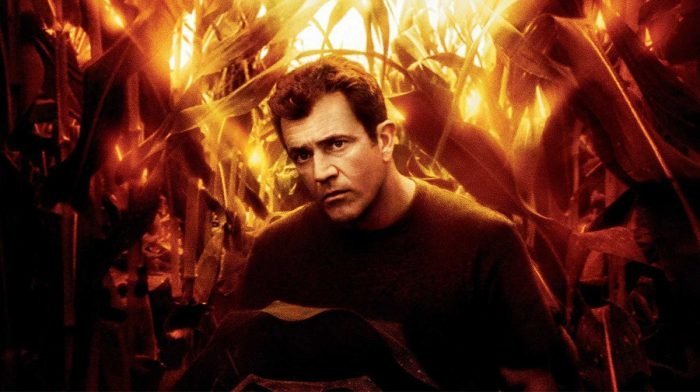 Signs is more emotionally driven and not one of your typical ‘the whole world is getting destroyed by aliens’ kind of film. It takes an unearthly individual to nearly take away another member of his family for Graham to have his faith restored.

PSA: This film is great if you want to have a big cry before being disappointed about not being able to get into Area 51! 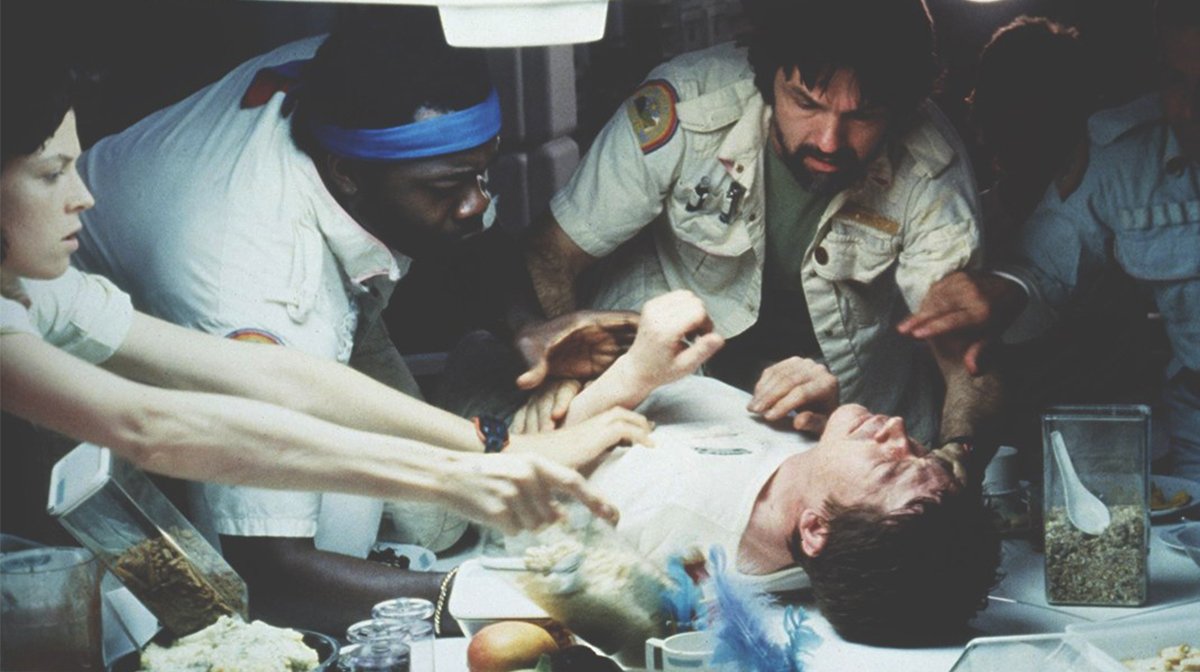 Okay, let’s be honest, this list shouldn’t have been made if Alien wasn’t mentioned.

In a time where it was classed as risky to invest time and money into a science-fiction movie – especially one that is violent and grim – Alien still remains as influential in the horror and sci-fi genre as it did back in 1979.

Even though Alien was influenced partly by the success of Star Wars, Ridley Scott’s vision cemented a series that still generates genuine scare factor for its audience. 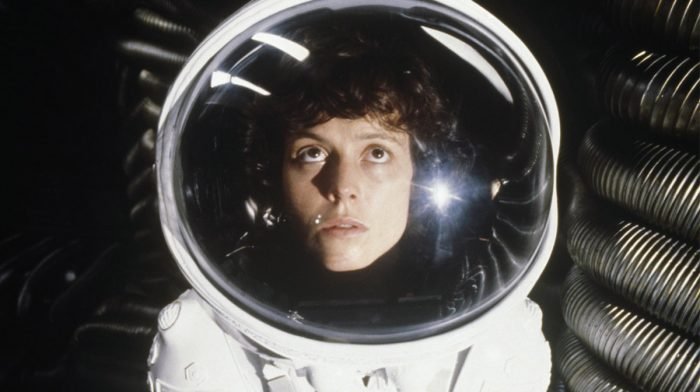 It’s simply a space film where a ship’s crew are taken and killed one by one by a monster that is still deemed to be one of the most unique creature designs to exist in cinema, the Xenomorph.

Scott has previously said in interviews that his aim was simply to ‘scare the sh*t out of people’. and in turn he created a thrilling saga that will never become dated.

And we can’t not mention how Ellen Ripley (played by Sigourney Weaver) still stands as one of the most‐loved and dominant female heroes in the cinematic catalogue. 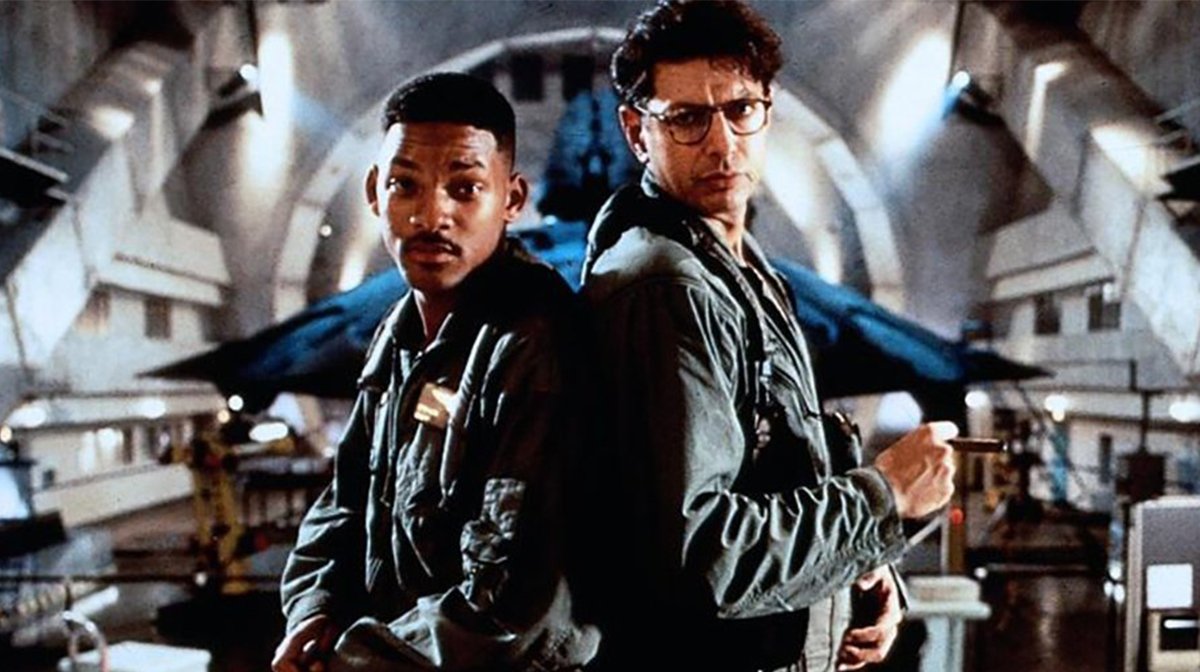 What better film to include in a list about Area 51 than Independence Day.

Alien invasion films mainly had their time in the 1950’s and had lost their footing in the cinematic world for a good few decades. All until director Roland Emmerich’s Independence Day marked the resurgence of sci‐fi and large‐scale disaster movies.

Even though its cast includes Will Smith and Jeff Goldblum, at the time they weren’t considered as established stars (oh look how far they’ve come). The film still holds significant value as a turning point in the field of Hollywood blockbusters. 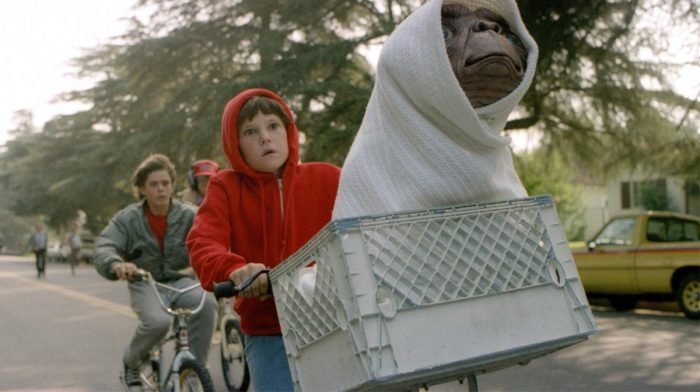 Steven Spielberg’s E.T. The Extra Terrestrial is a film you most likely would have grown up with, cried at every viewing and found that you never get bored of it.

It’s an occurrence in science‐fiction movies that the representation of aliens are negative. They are most certainly, nearly always, the bad guys. But not this one. Spielberg did something very unique and created an alien protagonist from a more friendly perspective.

The relationship that ET has with siblings Elliot (Henry Thomas), Michael (Robert MacNaughton) and Gertie (Drew Barrymore) is a special one, and it reminds us of our own family relationships. 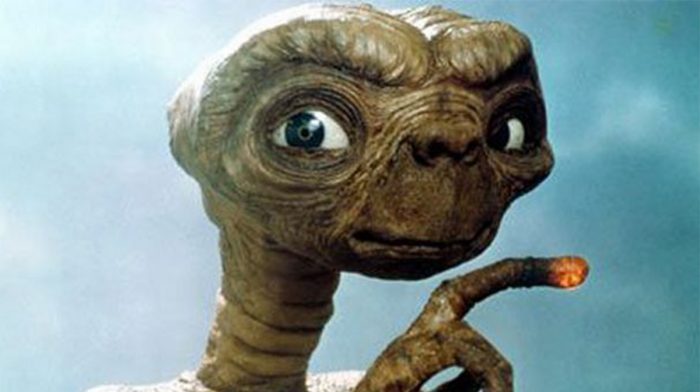 It is also a film that has a hint of fairy-tale about it, most notably the famous chase scene, in which Elliot and ET, on the handlebars, are magically lifted to the sky. Just like Peter Pan, almost.

Unlike other films mentioned, E.T. The Extra Terrestrial is a movie in which you will want to make your children and their children watch. Its friendly tone provides comfort without having to be scared about the unearthly creatures. 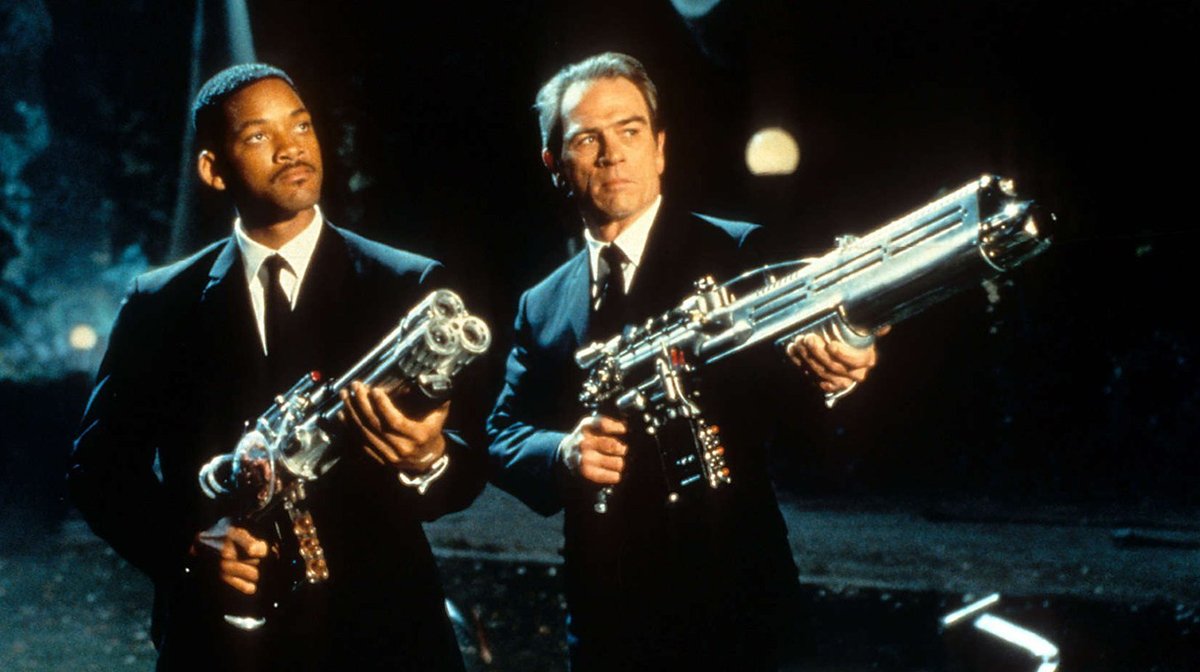 Those even attempting to storm the top secret Nevada site should probably watch something light-hearted beforehand. Or just have a Will Smith blockbuster marathon, because here he is again fighting those not from Earth.

Officer James Edwards (Smith) is about to have everything changed, in the strangest way possible. After an encounter with an outer space creature, he’s set up to become one of the Men in Black, part of a secret government organisation.

What better time to join than when a rogue alien has crash landed on earth, on the lookout for something that could destroy the human race. 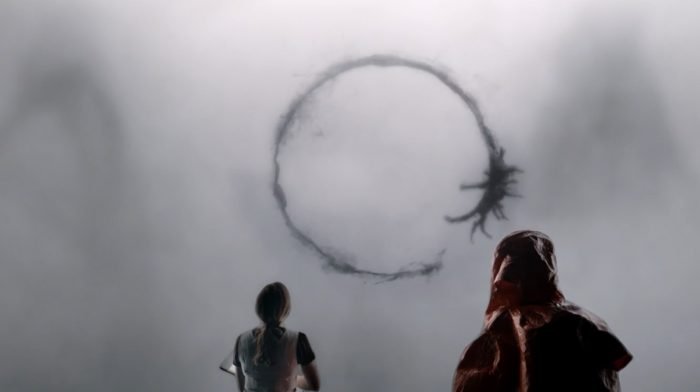 Another film where Amy Adams didn’t receive the Academy Award she deserves.

Directed by Denis Villeneuve, Arrival received not only praise for its leading stars Adams and Jeremy Renner, but also for its exploration of communicating with extra‐terrestrial intelligence. This isn’t your stereotypical film where aliens are the bad guys or involves any sort of mass destruction, it’s a film you really have to lock eyes on and think about.

It involves figuring out what it is that the aliens want, and why are they on earth? Are they linked to us somehow? These questions coincide with Louise (Adams) figuring out how time is experienced. Tragedy is at its core, reminding us that pain and love are things we must feel, there is no changing that.

What is your favourite film featuring aliens? Let us know on social media.

Keanu Reeves once said, 'gosh, I love movies' and to be honest, I relate.