Whether a Christmas elf, a news anchor or a character in a novel, Will Ferrell has brought us a huge amount of joy and laughs in his career thus far.

In his new film, Downhill, the actor taps into something a little more dramatic than some of his previous work, but isn’t wholly foreign to his past roles.

To celebrate the film’s release, we count down some of the actor’s best performances so far… 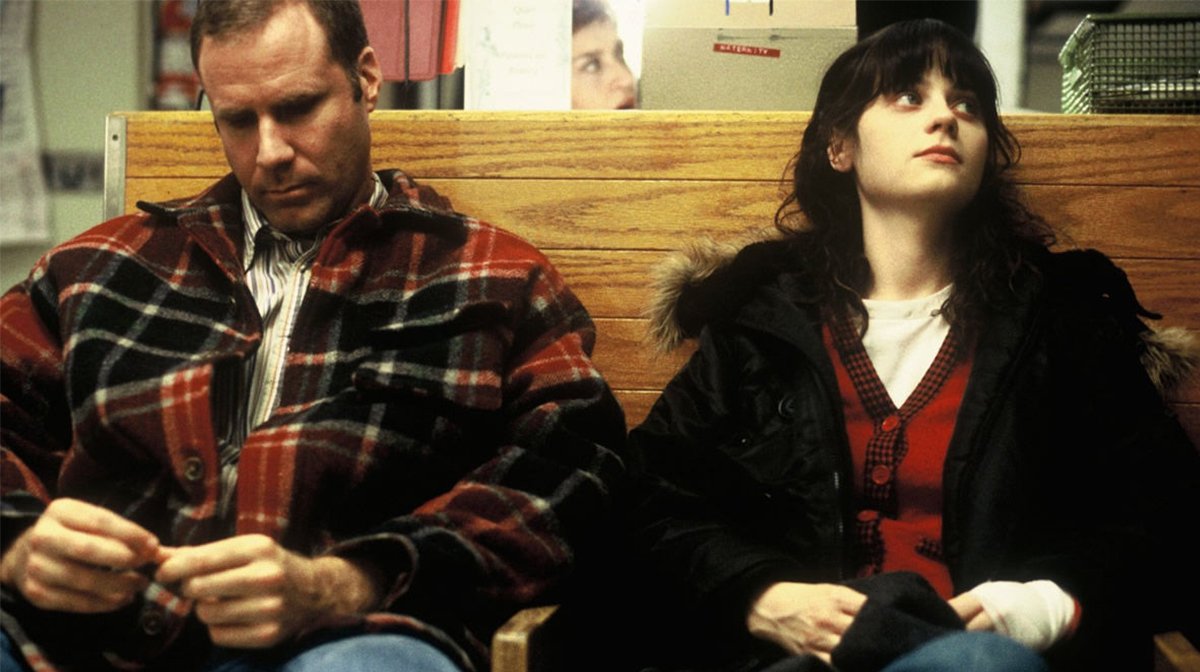 Winter Passing (or Happy Endings in some places) only found its way to UK shores in 2013 as a direct-to-DVD release.

But don’t let any of that put you off as this comedy-drama is worth seeking out as its a moving, reflective story about family and the past, with Ferrell excellent in a low-key supporting role. 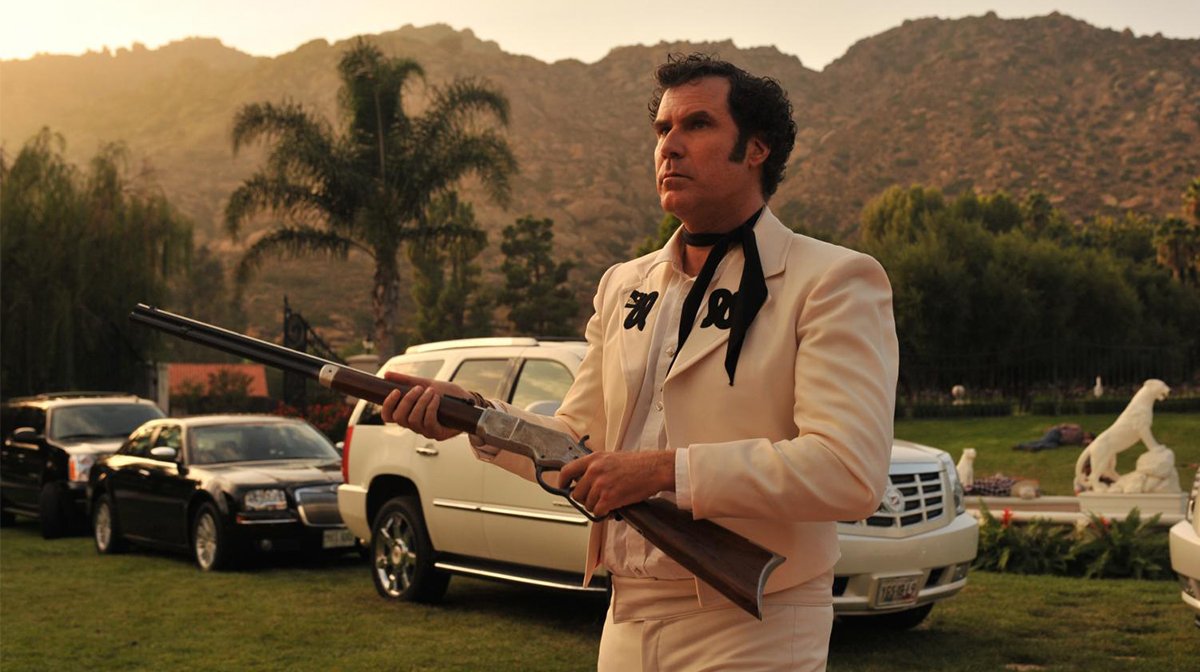 A big-screen adaptation of classic Latin American soap operas – known as ‘telenovelas’ – Casa De Mi Padre was a departure for Ferrell in that he speaks fluent Spanish throughout the film, something that would prove both hilarious and impressive.

With Gael Garcia Bernal, Diego Luna and Genesis Rodriguez along for the ride, and made with a smaller budget compared to other Ferrell projects, the movie is a hugely underrated gem that features some of the funniest things ever committed to screen. 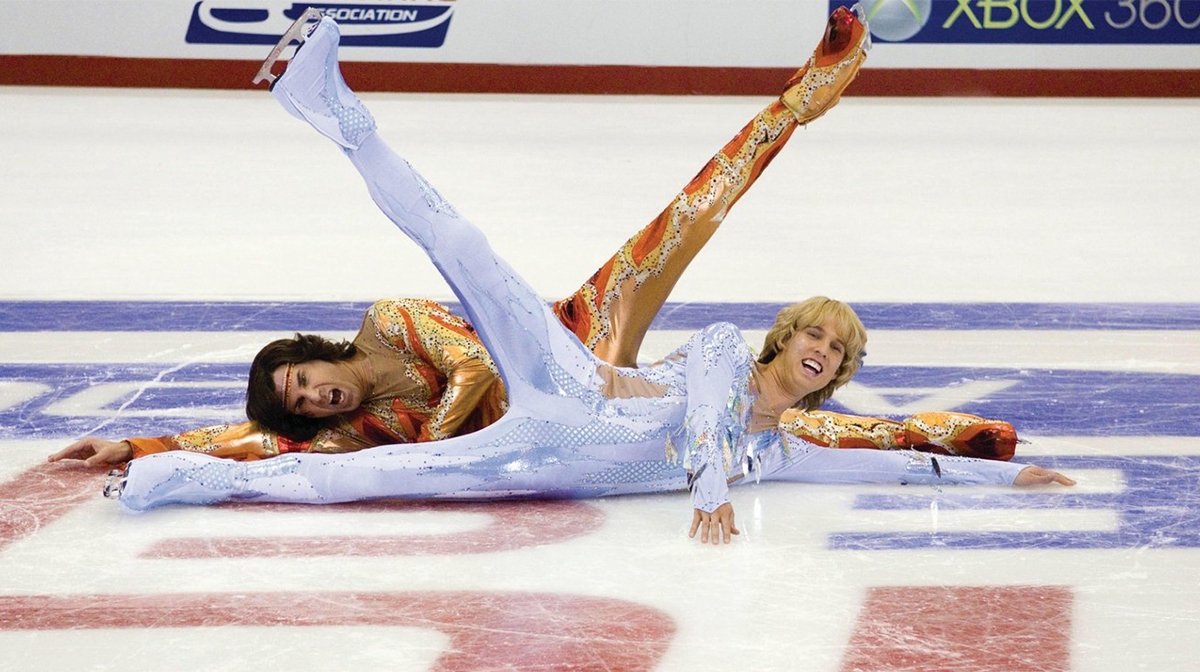 Forget Dancing On Ice, there’s only one hilarious ice skating treat you need to indulge in and it’s this brilliantly silly comedy.

Ferrell and Jon Heder (Napoleon Dynamite) play rival ice skaters who are stripped of their medals after a very public feud and, due to a loophole in the rules of the sport, team up as an all-male duo to reclaim their crowns and their respectability.

Locking horns with Amy Poehler and Will Arnett’s duo champions, the pair bring their fiery relationship to the ice with Aerosmith and Queen as their backing singers. 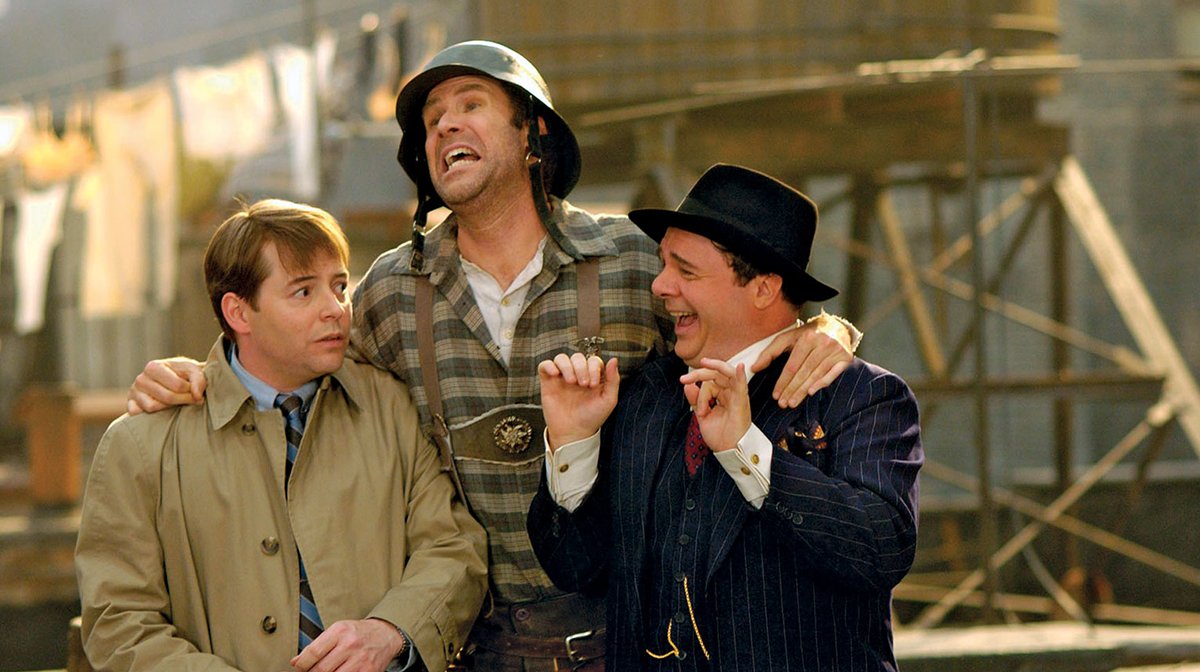 After the huge successes of Anchorman and Elf, 2005 was a little bumpy for Ferrell.

Family football (soccer) comedy Kicking And Screaming didn’t catch alight, while the ultimately misguided big-screen adaptation of Bewitched alongside Nicole Kidman fell short of expectations, but there was a ray of light.

Based on the hit musical which itself was adapted from the classic comedy, The Producers saw Ferrell take on a hilarious all-singing supporting turn as Franz Liebkind, writer of the infamous show ‘Springtime For Hitler’ that would inexplicably become a smash-hit. 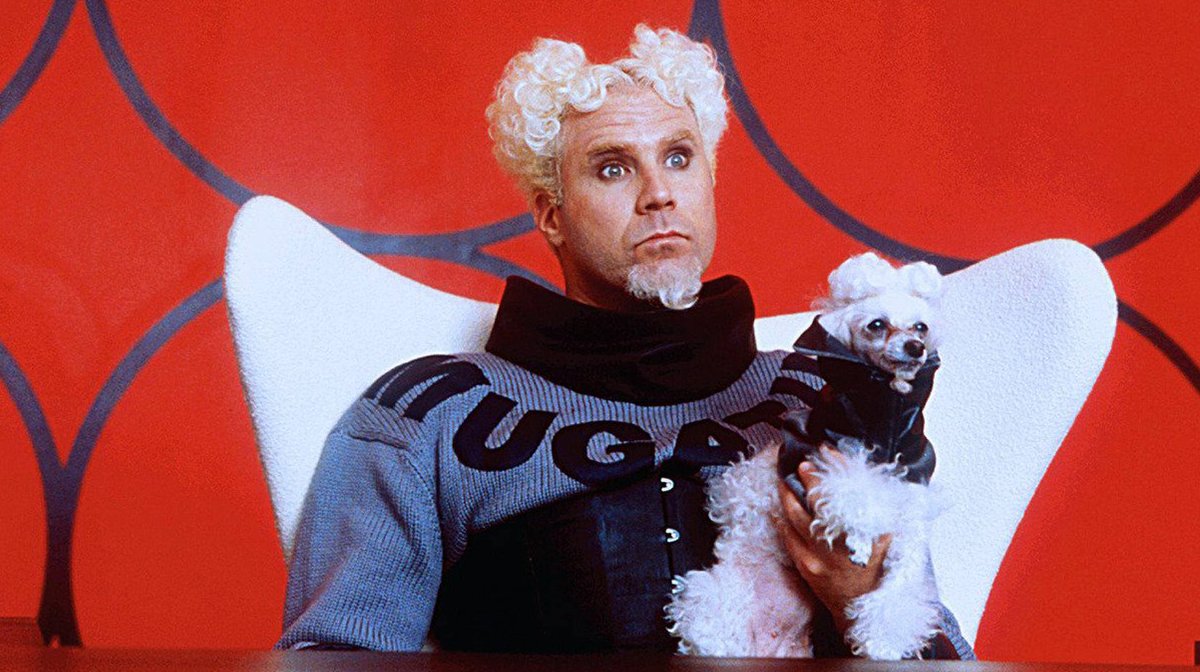 Watching Derek Zoolander (Ben Stiller) and Hansel (Owen Wilson) try to navigate the fashion world with hilarious consequences is wild, but the real star here is Ferrell as the evil designer supreme Mugatu, who plans to brainwash Derek to kill the Malaysian Prime Minister due to rising costs.

Early on in Ferrell’s film career – he was still on Saturday Night Live at this point – it showcased the manic, infectious energy that was to be his staple.

‘Smiling’s my favourite’ – ours too Buddy, ours too.

An instant Christmas classic as soon as it hit cinemas 17 years ago, the adventures of Buddy the Elf (Ferrell) have been watched and rewatched in millions of households.

Genuinely one the sweetest, most charming and enduring films of the 21st century, Ferrell’s man-child persona perfectly encapsulates the spirit and joy that Buddy shows in every frame of the film. A modern classic for sure. 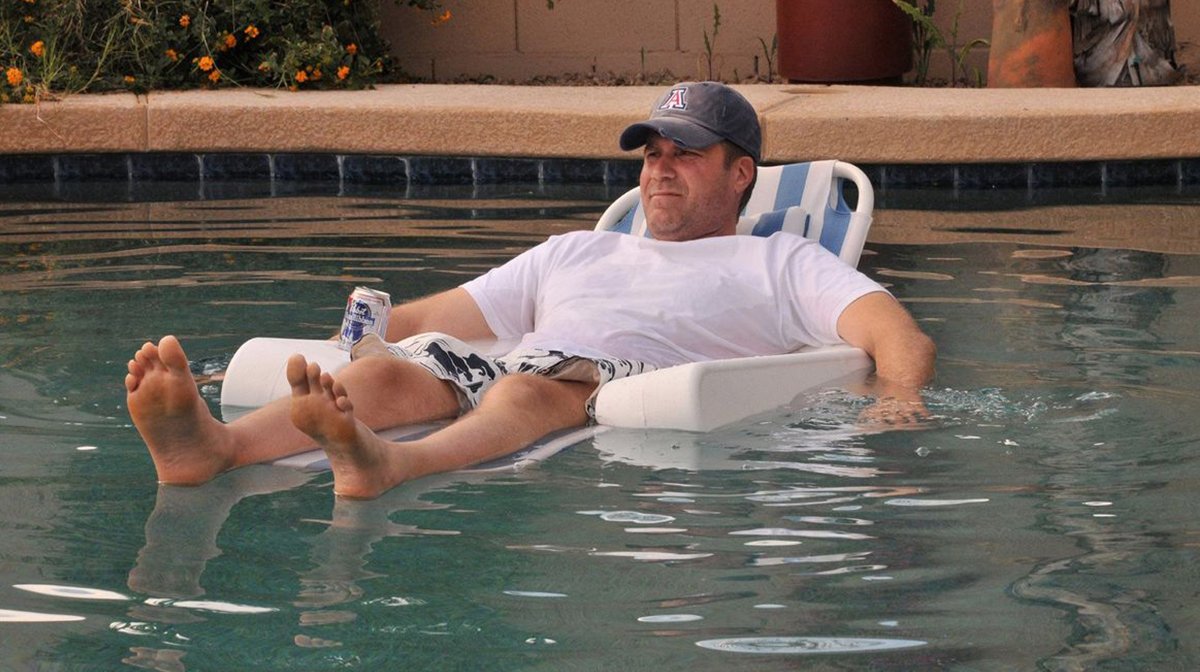 The undiscovered gem of Ferrell’s back catalogue, many haven’t even heard of this one let alone seen it, but it’s ripe for rediscovery.

Perhaps his most dramatic performance, Ferrell shines as Nick Halsey, a successful salesman who relapses back into alcoholism, losing his job and wife in a short space of time, and sets up a yard sale to sell all of his remaining belongings.

A brave, touching look at some dark topics, with excellent supporting turns from Rebecca Hall and Laura Dern. 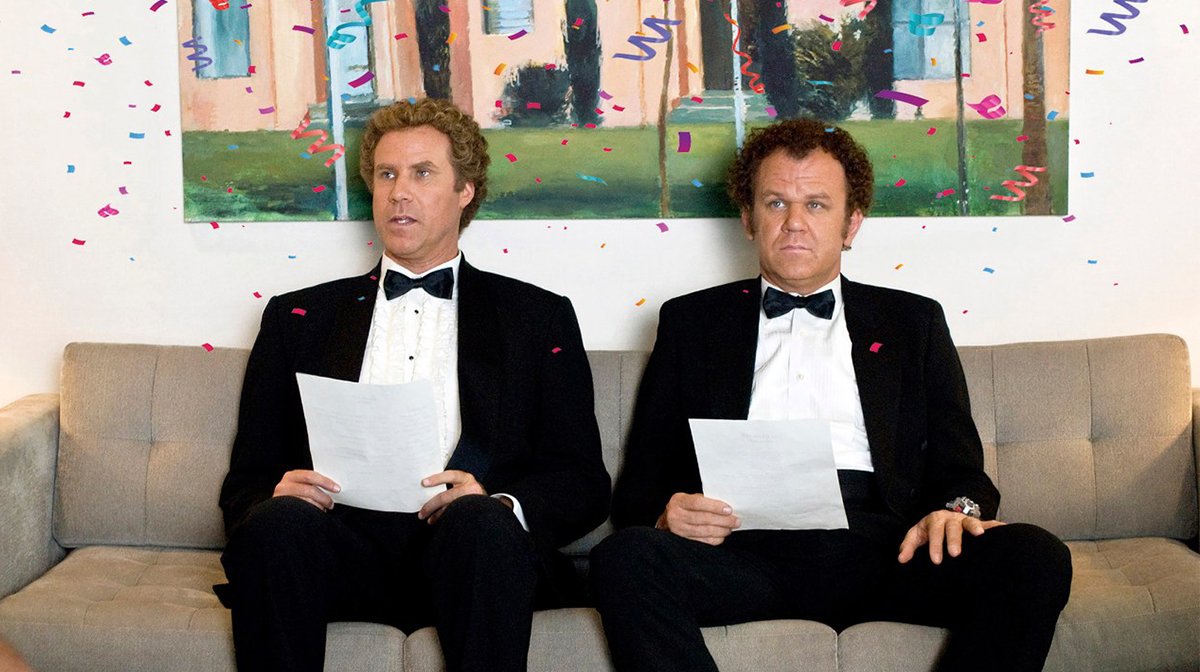 ‘It’s the f***ing Catalina Wine Mixer!’ – a firm fan favourite this one, and why shouldn’t it be?

For many, it’s Ferrell and John C. Reilly’s greatest ever film, for others it’s the funniest film of the ’00s, indeed of all-time such is the perfect symmetry between story, characters, and comedy.

There are far too many standout moments to list here, but all we can say is you’ve never heard ‘Time To Say Goodbye’ performed quite like this. An instant classic for our time. 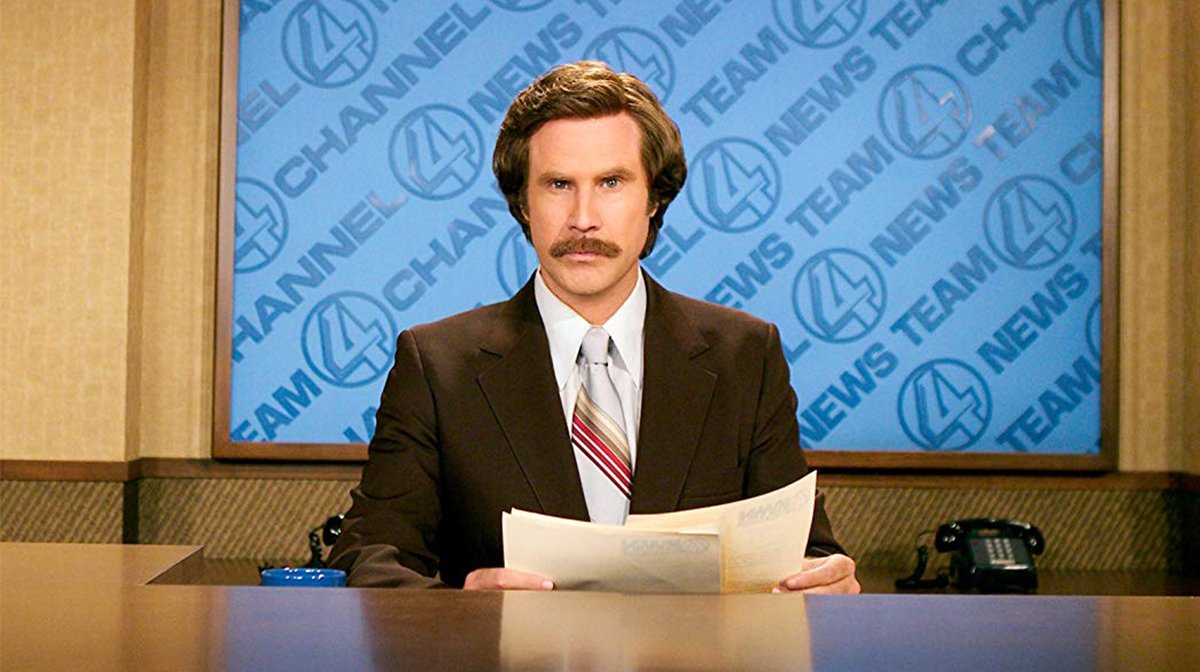 ‘Great Odin’s Raven!’ – how can you have a Ferrell best-of list without including arguably his career-defining performance as rapscallion news anchor Ron Burgundy?

With suits that make Sinatra look shabby, Ron and his Channel 4 News Team became a cult phenomenon in 2004, endlessly quoted by millions in the 16 years (16 years?!) since.

Ron returned to continue the legend in the equally hilarious sequel that gave us one of the funniest and most cameo-filled sequences we have ever seen. 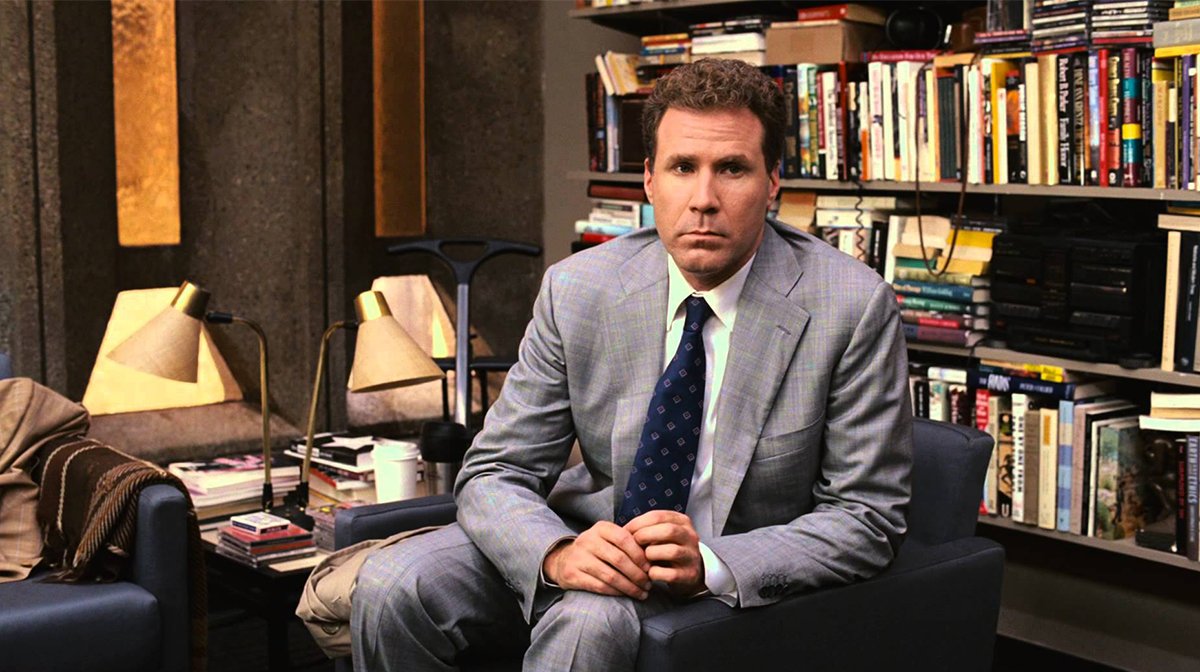 Billed as his big breakout into drama, Ferrell followed in the footsteps of Jim Carrey, Robin Williams, and others by taking on something that allowed him to flex his dramatic range, whilst also keeping one foot in the comedy arena in this charming original story.

It tells the tale of Harold Crick (Ferrell), an IRS agent who can hear a voice that’s narrating his life, only to discover it’s that of acclaimed writer Karen Eiffel (Emma Thompson) and that Crick, somehow, is the unwitting character in her latest book.

Downhill is out now in UK cinemas.