Two and a half years after the Harvey Weinstein story first broke, the abuse of executives like him is being tackled in what is being hailed as the first #MeToo drama, The Assistant.

Devastating, piercing and unafraid to shy away from ugly realities, The Assistant follows recent college graduate Jane, assistant to a powerful film executive, as she becomes increasingly aware of abuse in her workplace.

Zavvi spoke to writer and director Kitty Green about tackling this subject, working with Julia Garner and female filmmaking. 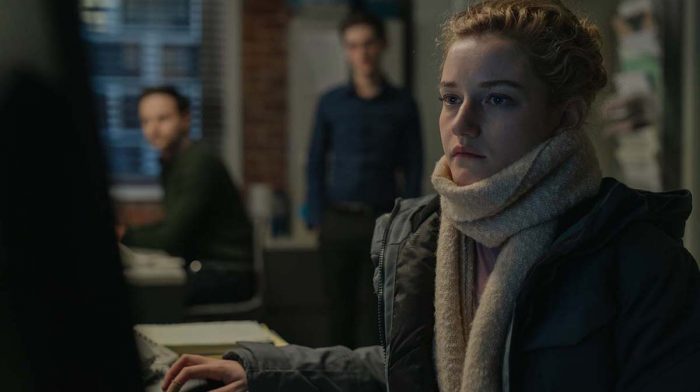 Zavvi: Why did you want to make this movie, which is being hailed as the first to address abuse by film executives in Hollywood, such as Harvey Weinstein?

Kitty: I had been in the industry for about ten years, going to film festivals and meeting people. I had experienced, witnessed and heard of this conduct and inappropriate behaviour, and I was looking to make something about those themes of consent and power.

So I started to work on something about college campuses and those themes, and then the Weinstein story broke, and I shifted focus as I had a lot of friends who had worked in that environment, and some who had worked for similar bosses.

I wanted to have the conversation about what it is like to be a woman in those toxic environments, and why there aren’t more women in positions of power in the film industry, and others like finance, technology etc. 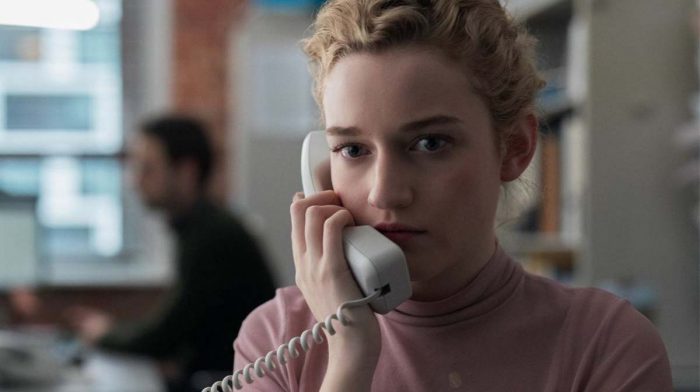 Zavvi: As you mentioned there, the film is about a woman working in the film industry, but it could be any industry, and there is plenty to relate to. Why did you want to make it widely relatable?

Kitty: I guess whilst I was looking at the film industry, I found that when I told my friends who don’t work in the industry these stories, they would have similar ones too.

So when I was writing it, I tried to make sure that no task Jane does is something specific, they can all be done in any sphere, and that was important to me, that women anywhere could relate to her experience, and identify with it. 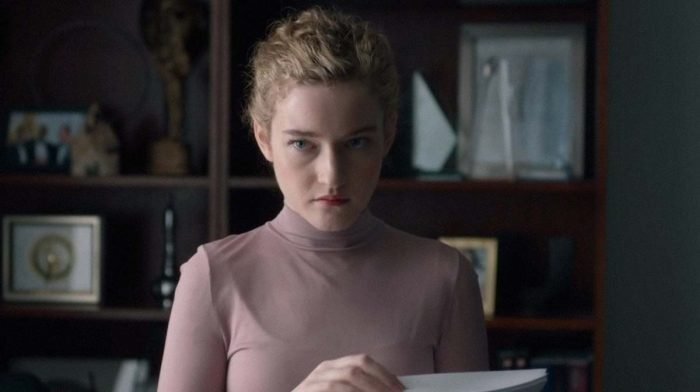 Zavvi: The day in a life approach is really interesting. Why did you decide to focus on just one day?

Kitty: I wanted to put the audience in the shoes of specifically a female character with the least amount of power in an office like that, to understand what a day is like for her. It was important to me that every task had equal weight, as how she would experience it.

When you read about assistants who work for predators, you might read that they are ‘enablers’ or they are ‘evil’ in some way, so I wanted to show how somebody’s day would unfold, so we could take the audience through all of it.

There’s a lot of micro-aggression and gendered behaviour hidden in things you probably wouldn’t notice, so I was keen to point these out, for example how men take up space in an elevator, or lean over your chair. 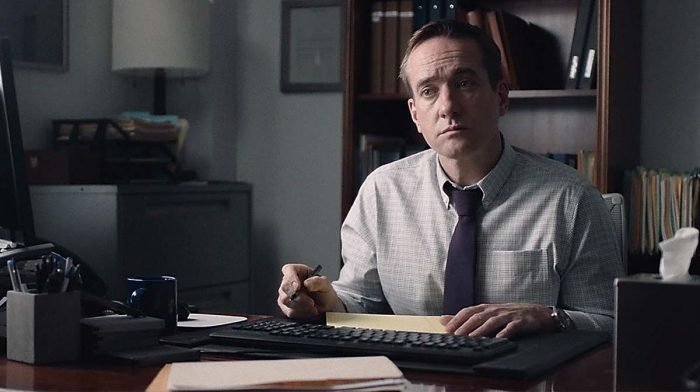 Zavvi: That emphasis comes across, even when her male colleagues are trying to help her, they lean over and take control, it’s unnerving. One thing that impressed us was the sound design. There’s an emphasis on sounds such as the rustling of papers and typing on a keyboard. Why did you focus on sound rather than a score?

Kitty: I wanted it to reflect a day in her life, so I didn’t want to fill it with music, I wanted to use the sounds of an office environment.

But of course we created this office sound. The sound designer sent people out to record sounds such as the humming of lights, all these things that create an almost horror-like soundscape, but it is an everyday office.

I wanted to create tension out of the sound, rather than artificially manipulating an audience’s experience using music. 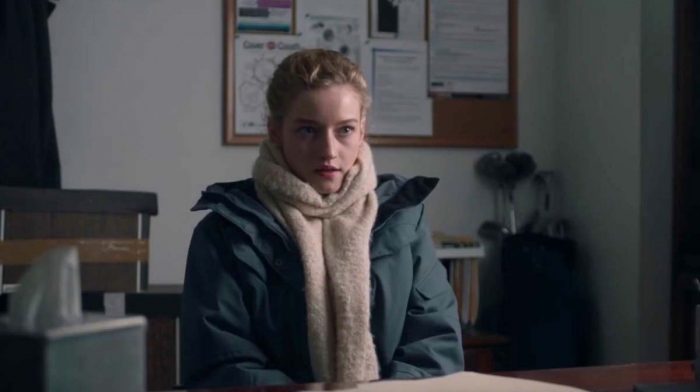 Zavvi: Julia Garner is fantastic as Jane. What about her made her stand out?

Kitty: I said to the casting agent I want someone infinitely watchable because she is doing the most boring tasks, so I need her to be interesting to follow. The agent recommended Julia, who I had seen in Ozark and thought was amazing, and we met, she understood the script and it worked. I was very fortunate to work with her, she is fabulous.

Zavvi: Your previous work is documentaries, and whilst this is a fictional film, it is inspired by real life stories, and you spoke to lots of women in your research. But did directing a fictional movie pose any new challenges?

Kitty: Not really. I have made fiction short films before, but I suppose what was new was working with Julia. I hadn’t worked that closely with one actor before, and being able to collaborate and create a character together was great. We had a lot of time to figure out who this character was, together. 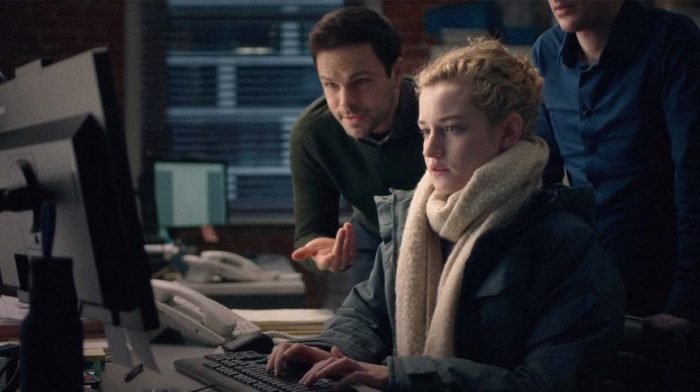 Zavvi: What do you want people to take away from this film?

Kitty: I am interested in how to make work environments safer, and more equitable, so I would like people to think about their work environments, and how they treat others, and how they support others. And hopefully in doing that we can change things for the better. More awareness will help everyone, and calling out bad behaviour when you see it is a good step forward.

Zavvi: There is much discussion about the lack of opportunities out there for female filmmakers. How do you think the industry and audiences could support these filmmakers?

Kitty: It is tough and I’m not sure. Everything needs to change. More women need to be accepted into film school, and given more opportunities. And I do think everything is changing slowly, but the more conversations we have about it the better. And keep watching films directed by women. 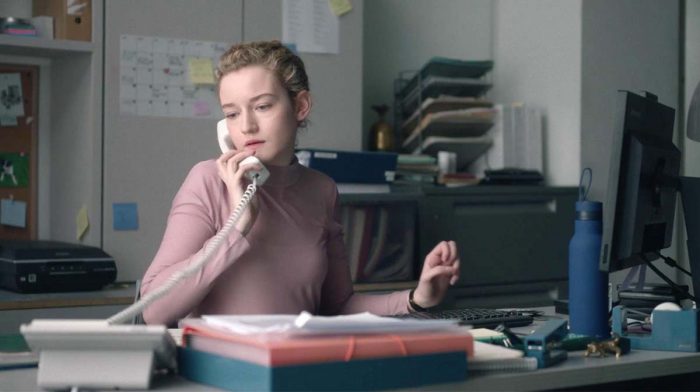 Kitty: What’s next? I’m not sure. We shall see. Hopefully something less dark and bleak, something lighter.

The Assistant is released on digital platforms on 1st May.