Oh no, we’re smarter than trying to revoke the spirit of Daniel Robitaille, better known as Candyman. For nearly 20 years, Robitaille’s spirit has terrorised audiences everywhere after his debut in Bernard Rose’s 1992 horror classic Candyman.

And now rising director Nia DaCosta has teamed up with prolific writer-director and all‐around‐genius Jordan Peele to bring us a new entry in the Candyman, saga and it looks like we are in for a treat. 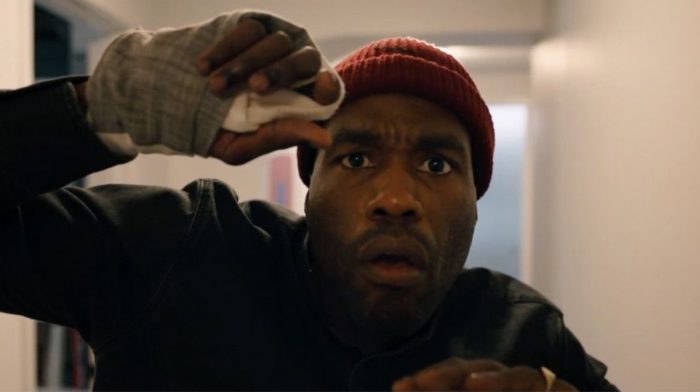 The new film follows Anthony McCoy, who moves into the gentrified Cabrini‐Green area in Chicago, and becomes entangled with the myth of Candyman, with bloody results.

Whilst described as a ‘spiritual sequel’ to the original, with self-admitted Candyman fan Peele producing and writing, we’re sure we can expect this to tackle a lot more than just the man behind the myth.

Yahya Abdul‐Mateen II plays McCoy. Now, we have very probably seen McCoy before – a baby called Anthony was kidnapped by Candyman in the original film, and used to lure Helen Lyle in. She saved the baby, but at the expense of her own life.

The baby’s mother, Anne-Marie, played by Vanessa Williams, is returning to the franchise, as is Lyle according to Bloody Disgusting, but this time she will be played by Cassie Kramer, replacing original actor Virginia Madsen. 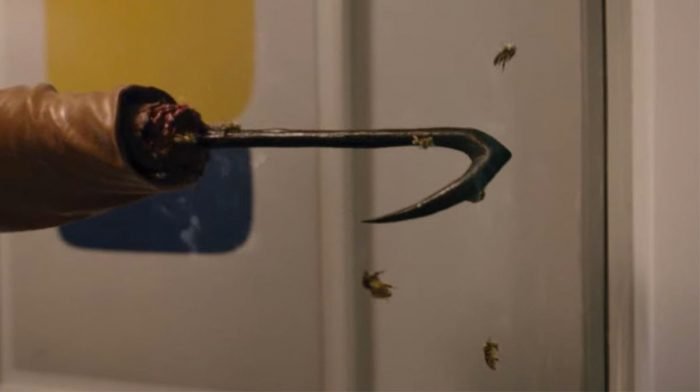 Released earlier this year, the bloody first trailer seems to reveal much of the sequel’s plot.

McCoy is stung by a bee, and then seemingly begins to transform into Candyman, seeing a terrifying version of himself in the mirror, with a hook for a hand, and sporting a coat not too dissimilar to what the original Candyman wore in 1992.

Could a bee mark you, kick-start a transformation within a victim? That would be one nasty bee‐sting, and even more reason to run off screaming from the buzzing devils.

But what secrets could the new Candyman hold? We just know it won’t be quite as simple as the trailer would have us believe. 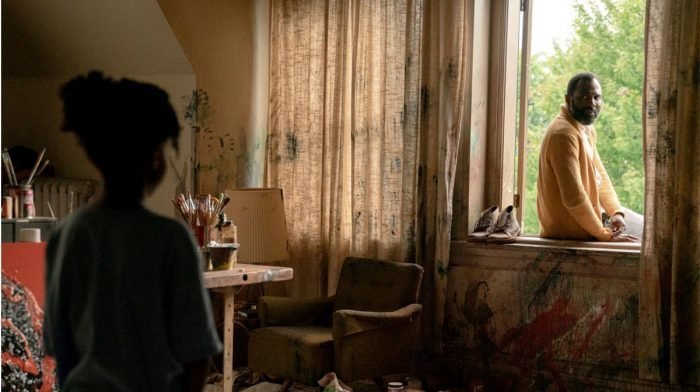 The most obvious theory is, of course, that McCoy simply becomes Candyman. He has a personal connection to not only the area, but also to Candyman himself.

Robitaille was a painter, and McCoy is described as an artist, whose career is ‘on the brink of stalling’ according to the official synopsis.

Candyman’s legend only exists because people believe in it. So perhaps McCoy transforms into Candyman as a way to preserve his career, or legacy? McCoy might need Candyman more than Candyman needs him.

But could there actually be more than one Candyman at a time? The original Candyman legend was born in the Cabrini‐Green projects, but could there be another Candyman for another area, with a different backstory? This would be a deviation from the original, but also quite interesting in modern context. 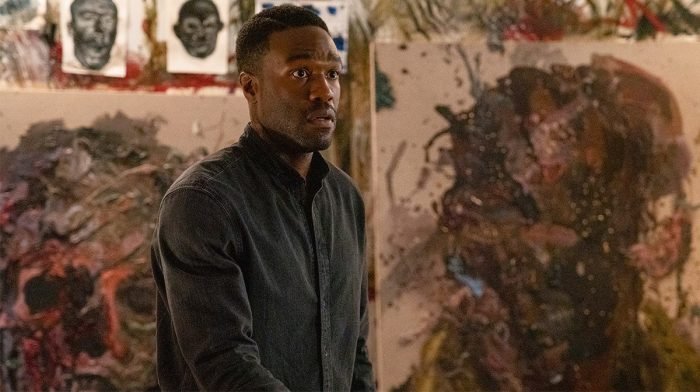 Gentrification looks like it will be a huge theme in the film. The very real area of Cabrini‐Green looks very different now than it did in the early ’90s, and as the legend of Candyman is so tied to that area, it must be addressed.

Gentrification is effectively erasing whole communities, and in the case of Cabrini‐Green and Candyman, the black experience.

While the original Candyman offered much‐needed black representation in horror, the narrative is clumsy, no matter how well‐meaning it might have been. All three Candyman films exploit and glamourise black trauma for entertainment purposes, while telling the stories from the perspective of a white protagonist.

DaCosta’s Candyman is an opportunity to take back the narrative, and tell a meaningful story from the point of view of a black person, with a connection to the area itself. 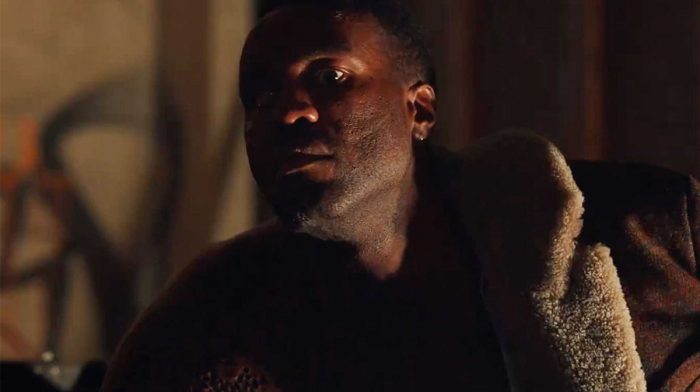 But what could this mean? We know gentrification is often done by millennials claiming areas, replacing older communities, and we also know that Candyman needs people to believe in him to exist. And we have plenty of footage of McCoy transforming into Candyman.

What if it is indeed that simple? What if McCoy becomes a new Candyman, for new times? A reboot, if you will.

Cabrini‐Green isn’t what it used to be, but perhaps it just needs a new Candyman, to keep the legend alive. Indeed, one of the shots in the trailer looks like someone is sawing off McCoy’s hand, perhaps inserting a shiny, new hook on it? 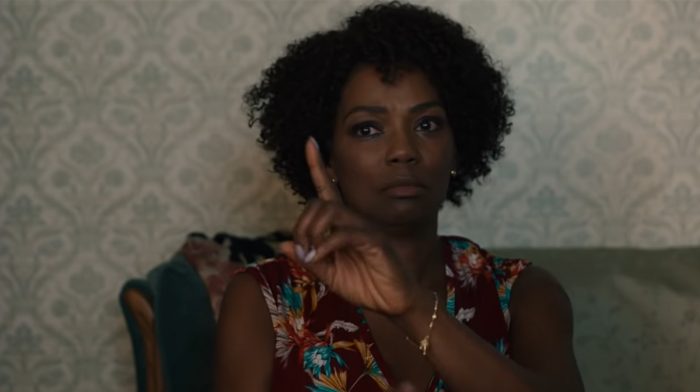 A question on everyone’s lips is whether Tony Todd will be returning? The answer is yes, but we advise on not getting your hopes up.

The appearance will most likely be a cameo, and if you squint your eyes in the trailer when McCoy walks past a car and looks at his reflection in a car window, it looks a lot like Todd.

The shot could just be McCoy hallucinating again, but it could also be from the very end of the film as McCoy is wearing a very fancy, and familiar coat.

The reflection of the original Candyman could signal McCoy’s completed transformation into Cabrini‐Green’s Candyman. The trailer also features Candyman’s dialogue from the original, and if you listen carefully, it seems to mix both Todd and Abdul‐Mateen’s voices. 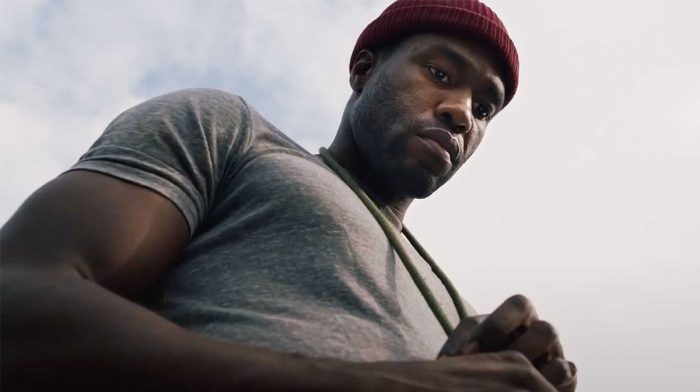 We won’t know anything for sure until September, but from the looks of it, DaCosta will be delivering both scares and gore, as well as hefty social commentary. In the meantime, we recommend avoiding mirrors and bees.

Candyman is due to be released in cinemas 25th September 2020.