With a sizeable chunk of the house of mouse’s plans for Marvel Studios unveiled earlier this summer at San Diego Comic Con, eyes were largely trained spacewards for announcements and footage from their upcoming Star Wars projects, and the slate for the soon-to-launch Disney+ streaming service.

Also on the table were new developments from Disney’s own live-action production branch and, of course, their animation wings both in-house and at Pixar. 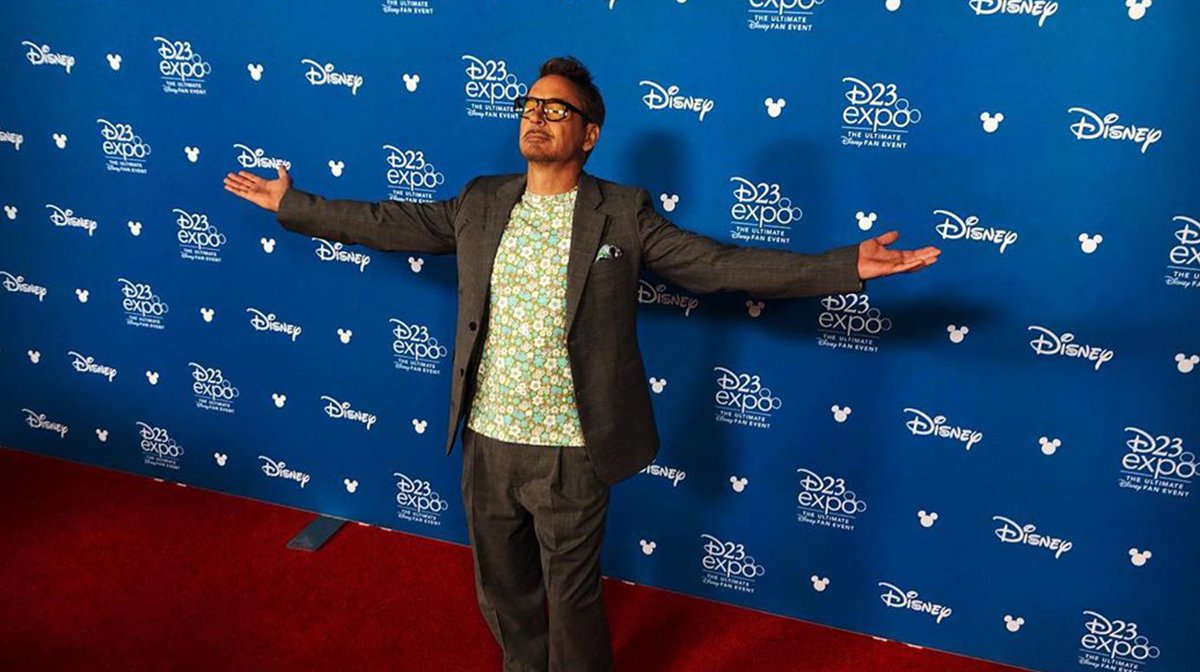 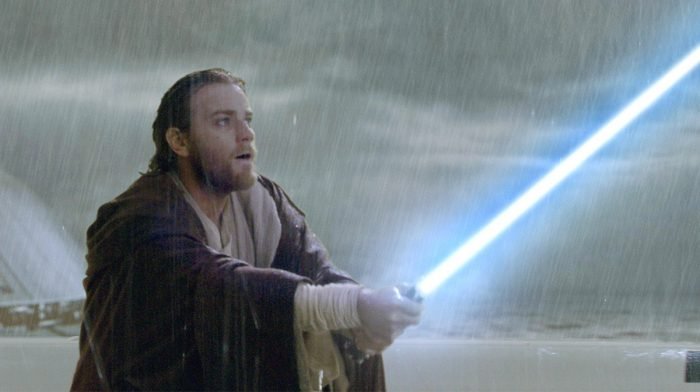 Following up on a poster reveal that afternoon, the full trailer was released to both the assembled crowds at Anaheim and online. The show will debut on Disney+ on 12th November, the day the platform launches.

Lucasfilm president Kathleen Kennedy was in attendance to also present a premiere date of February 2020 for the seventh and final season of Star Wars: The Clone Wars.

The long-promised show centring on Cassian Andor and K-2SO from Rogue One: A Star Wars Story was officially unveiled, with Diego Luna and Alan Tudyk appearing on-stage. Shooting for the spy series begins in London in 2020. An official title is still to be confirmed.

To close a rumour we’d long been hoping was true finally came to light; Disney is indeed creating a series focusing on Obi-Wan Kenobi, with Ewan McGregor set to reprise his role.

The veteran Star Wars actor appeared to tumultuous applause, confirming that the show will take place eight years after Revenge of the Sith. Scripts have been written, and the series will shoot next year. 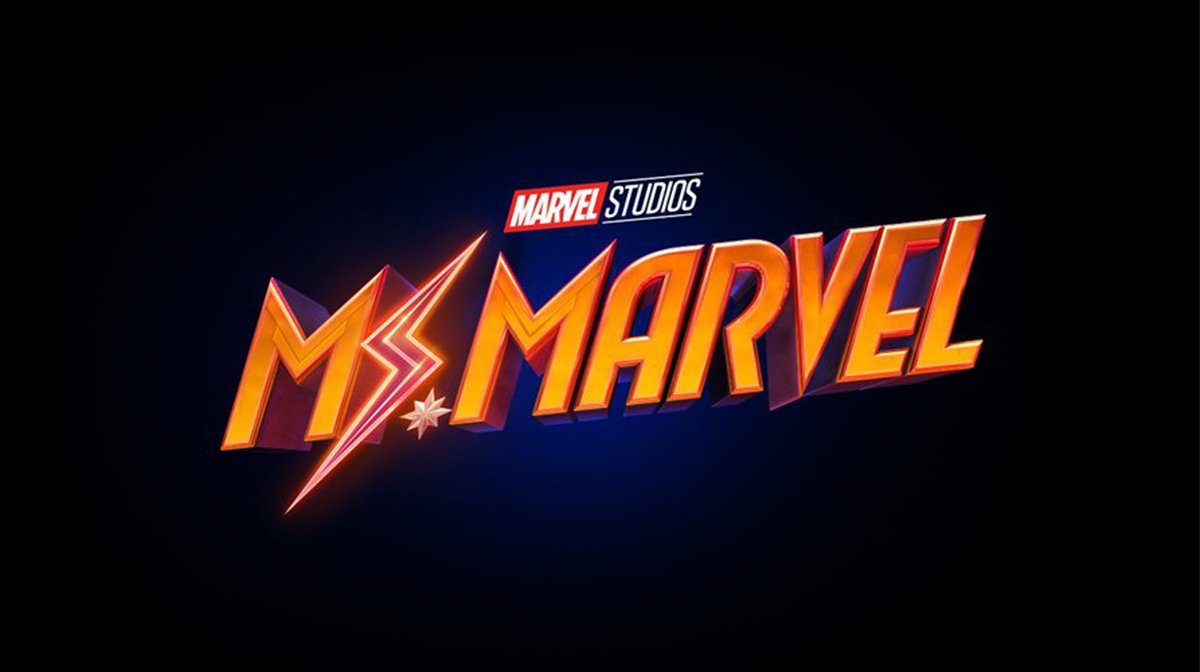 Kevin Feige introduced Marvel Studios’ slate for Disney+ and began with What If…?, an animated series featuring the cast of the Marvel Cinematic Universe (MCU). Each of the 23 episodes focuses on an alternate outcome for every MCU film released so far. Episode concepts teased featured Peggy Carter as Cap, and the Winter Soldier battling a zombified Captain America on a subway car.

The long-touted Loki series starring Tom Hiddleston also got a look-in, which follows his exploits after escaping the Avengers during the various timey-wimey events of Endgame. It will also explore whether the traitorous god of mischief could ever make a real friend.

Anthony Mackie and Sebastian Stan promoted The Falcon and The Winter Soldier. Wyatt Russell (22 Jump Street) was confirmed to co-star, and Emily Van Camp is also set to return as Sharon Carter. 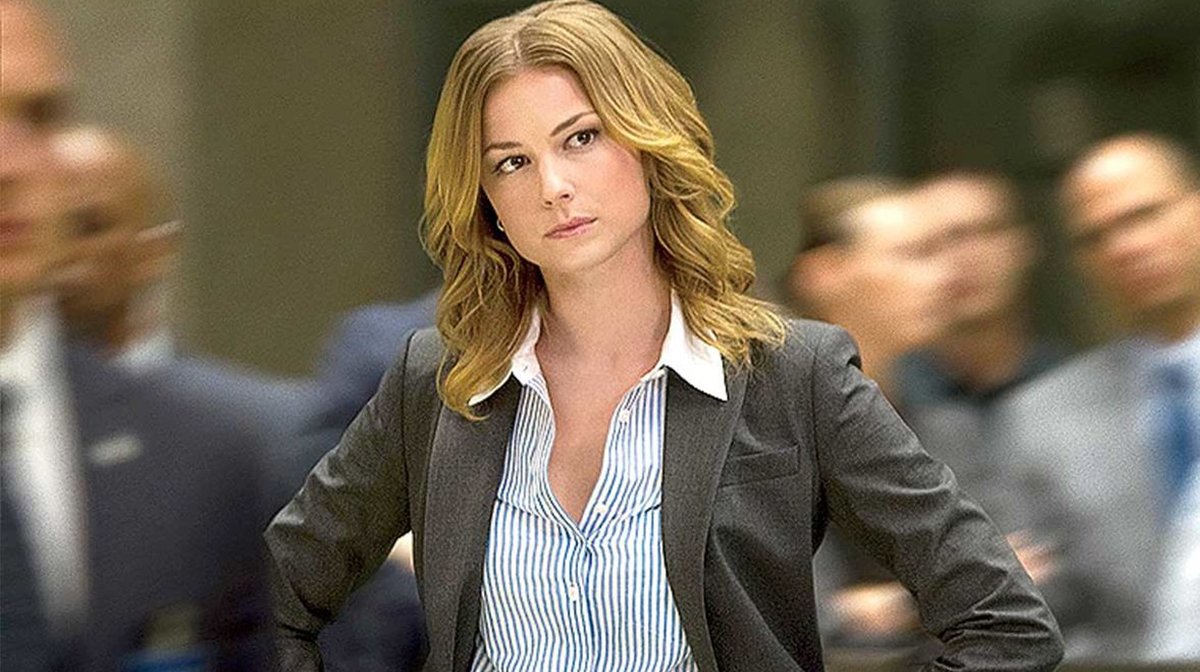 WandaVision (with Elizabeth Olsen and Paul Bettany reprising their roles) is billed as a ‘half-sitcom, half epic MCU event’, but few concrete details were released besides the revelation that Kat Dennings (Darcy from Thor) will appear, as will Kathryn Hahn as the superhero pair’s nosy neighbour.

Just a couple of hours prior to the panel, The Hollywood Reporter claimed a Ms. Marvel series was on the way, with British screenwriter Bisha K. Ali already on board. During the event itself, this show was confirmed, with it being revealed the titular character is set to appear in MCU films as well.

Moon Knight and She-Hulk were also announced as upcoming shows. Both will fit into Phase Four of the MCU. The only show that did not receive any airtime at the event was Jeremy Renner-led Hawkeye. 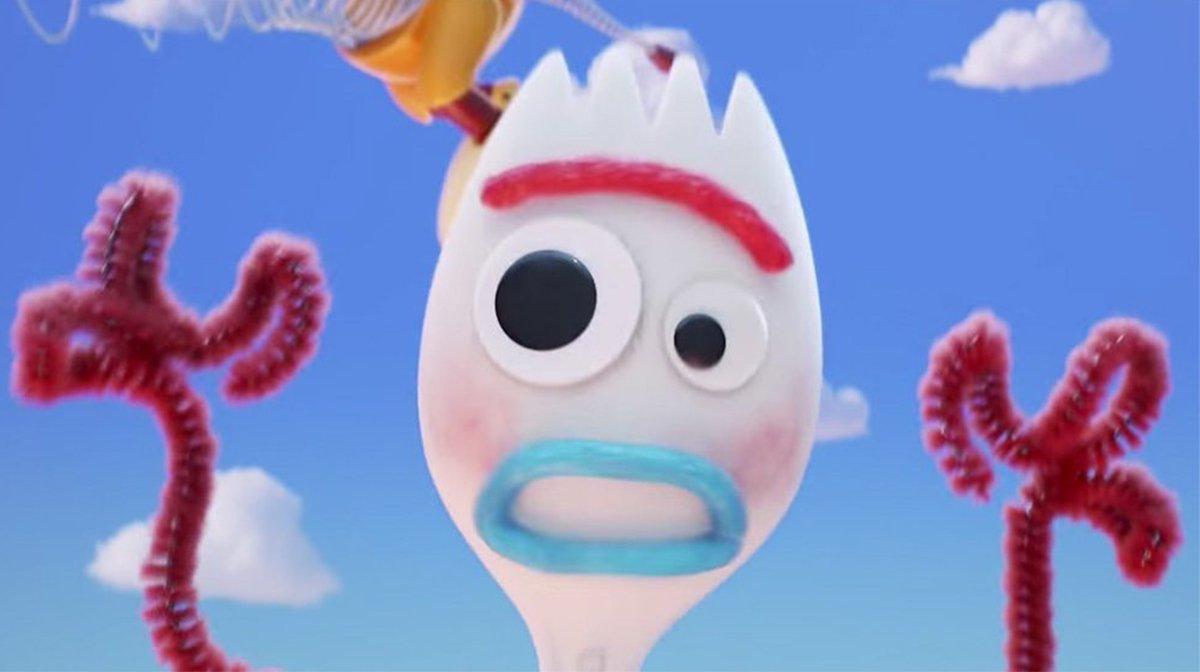 From Pixar, a new series of shorts called Forky Asks A Question will debut on Disney+, with Tony Hale returning to voice his fan-favourite character from Toy Story 4.

A similar collection of shorts is also coming from the Monsters Inc. world, titled Monsters at Work – a workplace comedy set at the scare factory. 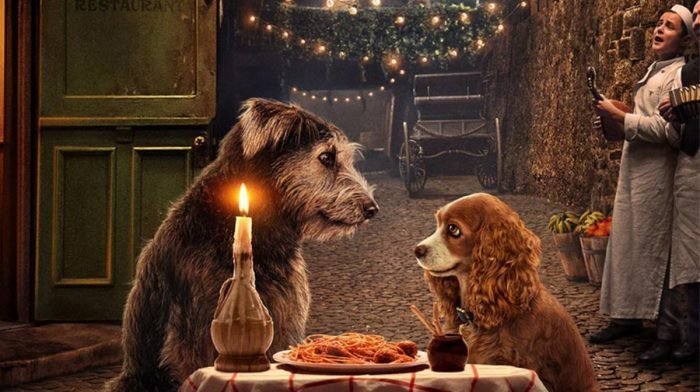 First up on the live-action slate for Disney+ is Lady and the Tramp, a film exclusive to the service starring Tessa Thompson and Justin Theroux, that will be released with the platform launch on 12th November.

Unlike The Lion King and The Jungle Book, the animals themselves will be real dogs (with computer-animated mouths). All screen-used dogs are rescues who have since been rehomed. Janelle Monae will co-star and perform a new twist on ‘He’s a Tramp’.

Children’s book series Timmy Failure: Mistakes Were Made is being adapted into a live-action film by Todd McCarthy, writer of Disney’s Christopher Robin. 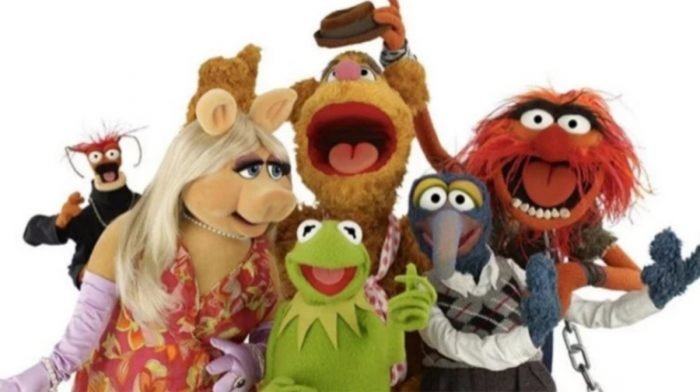 A brand new and unscripted Muppets TV show named Muppets Now is incoming with all the classic characters returning, and featuring the expected slew of celebrity appearances.

Quirky travelogue show The World According to Jeff Goldblum features the eccentric Jurassic Park actor exploring the world and discussing a variety of subjects including tattooing, denim and ice cream.

New series Diary of a Teenage President stars Gina Rodriguez as the eponymous middle-school student who goes on to become POTUS. 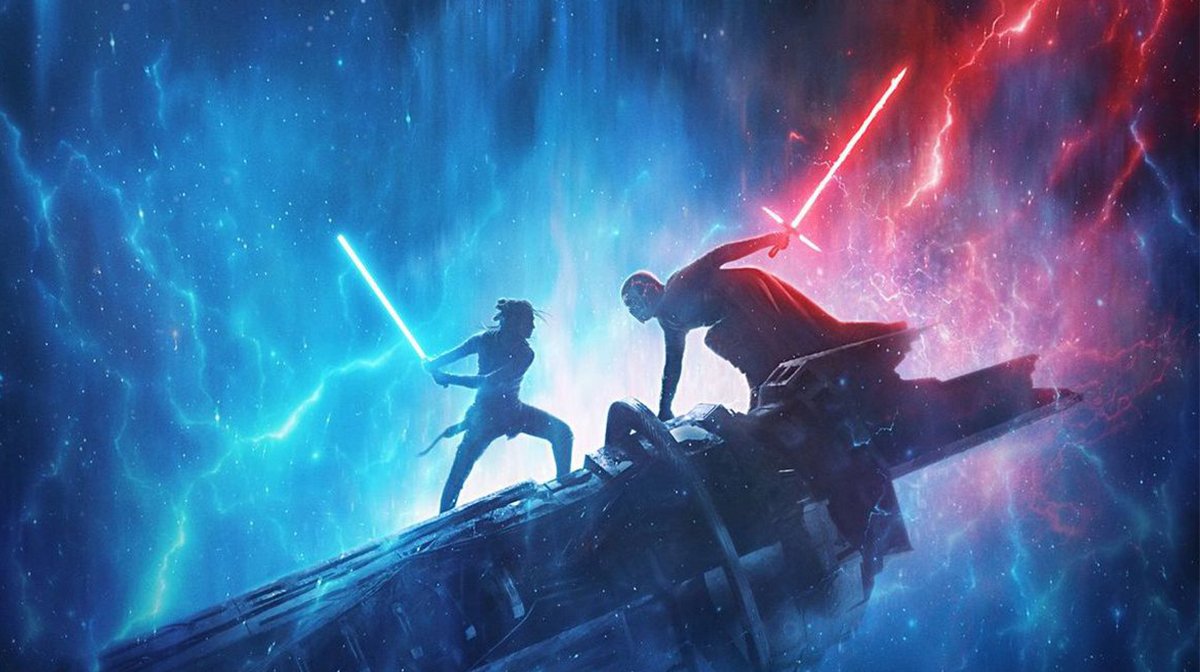 With less than four months to go until Rise of Skywalker and just one small teaser to chew over thus far, excitement for a bigger glimpse at the final instalment of the Skywalker saga is reaching that crucial pre-release fever pitch.

After a handful of shots made their way into the pre-show reel of the ‘D23 Legends’ Panel on Friday night, JJ Abrams and Kathleen Kennedy emerged into the spotlight, bringing with them almost the entire cast of Episode IX. Kerri Russel revealed that her character, Zorri, is a galactic criminal and old friend of Poe Dameron (Oscar Isaac).

After a reveal of the new poster for the film (featuring Rey and Kylo Ren facing off in the shadow of the Emperor), the long-awaited sizzle reel was shown… but will not be released online until this coming Monday. 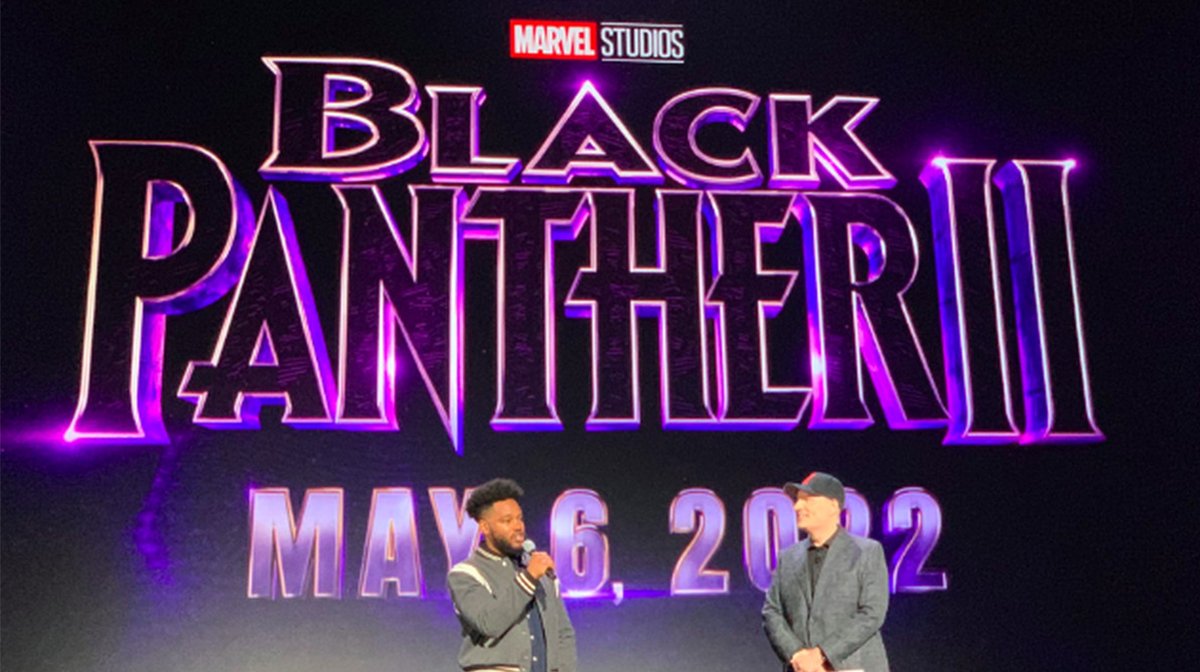 Ryan Coogler was first up for Marvel, revealing that his treatment for Black Panther 2 has been completed and the film will be released on 6th May 2022.

Next it was the turn of the cast of Eternals, whose ranks will soon be swelled by the arrival of Game of Thrones’ Kit Harington, Barry Keoghan and Gemma Chan (Chan is playing a new character, despite her appearance as a Kree warrior in Captain Marvel). 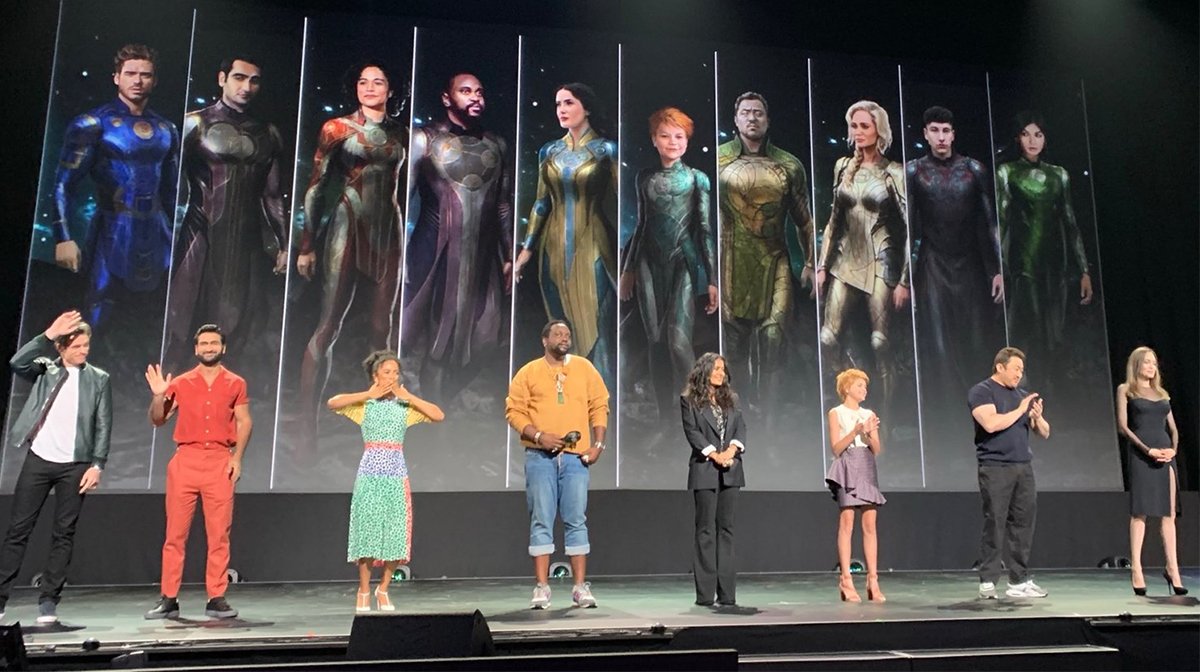 Footage from the upcoming Black Widow solo film was also shown to the attendant crowds, but has not been released online. Descriptions from the media members in the room say the film looks to be set in Budapest (a nice Easter Egg for those paying close attention in 2012’s Avengers: Assemble) and features Scarlett Johansson and Florence Pugh as a dangerous double act. 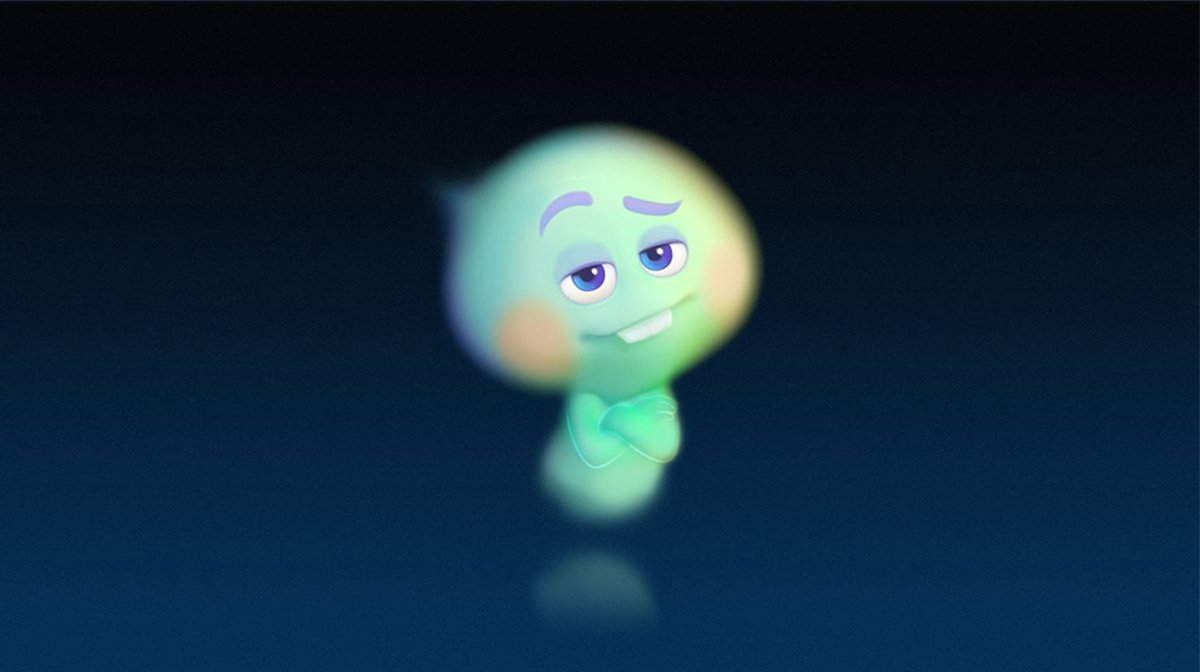 Soul and Inside Out director Pete Docter sung the praises of the company’s next phase of animation, describing his new film as ‘a cartoon about metaphysic’, with the souls themselves undergoing training before their human is born. Trent Reznor and Atticus Ross are set to score the film which stars Jamie Foxx, Tina Fey and Daveed Diggs, and is out on 19th June, 2020.

Onward (coming March 6th) already had a trailer prior to the event, but a few more details were released. Chris Pratt and Tom Holland were present to recount the premise, though Holland’s appearance was the most stirring given last week’s fallout over the Disney/Sony disagreement over Spider-Man. It’s a wonder the young actor was able to get a word in above the screaming.

The audience was then shown an eight-minute scene from the film, and the plot was revealed to centre on Pratt and Holland’s characters search for a gemstone that will allow them one more day with their dead father. 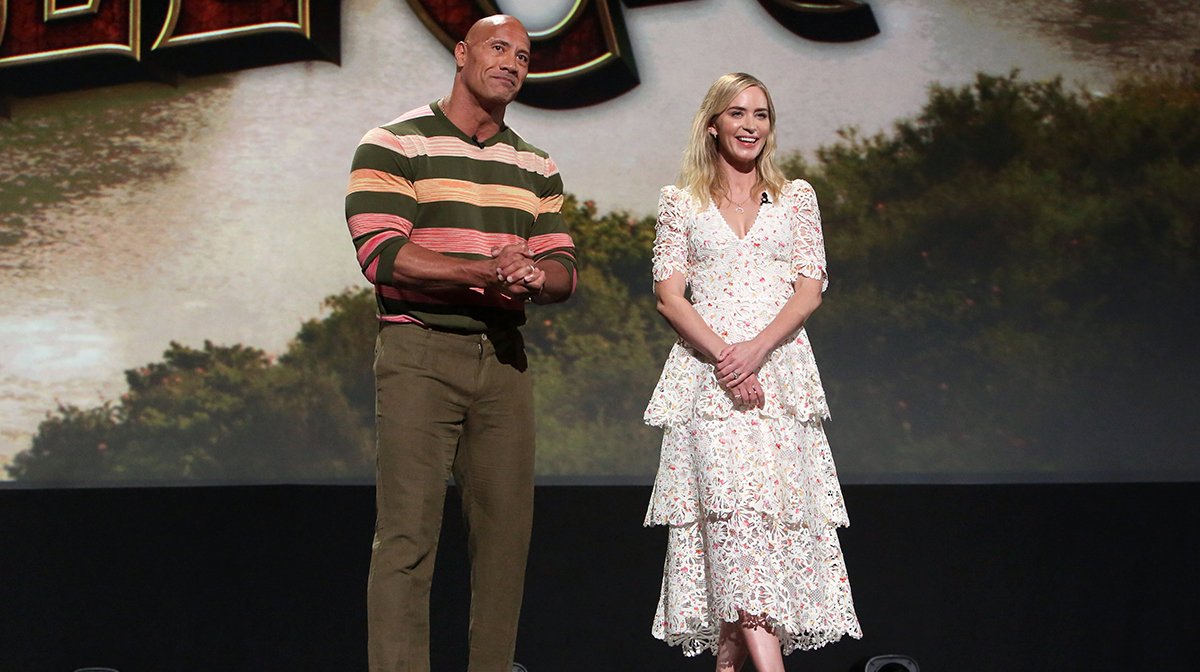 Dwayne Johnson and Emily Blunt adventure film Jungle Cruise (based on the Disney ride) made a brief appearance. A short trailer was shown and it seems like it’s leaning heavily on Romancing the Stone/Indiana Jones vibes, with a dash of 1999’s The Mummy thrown in.

Angelina Jolie arrived on stage to wild applause to talk Maleficent: Mistress of Evil, Disney’s final live-action property of 2019, arriving in October. Chiwetel Ejiofor also turned up to describe his character, the leader of the sinister Dark Fae.

Niki Caro, director of 2020’s Mulan remake, took to the stage to show off some new footage. Viewers describe a strong similarity to the 1998 animation, but with more contemporary themes. 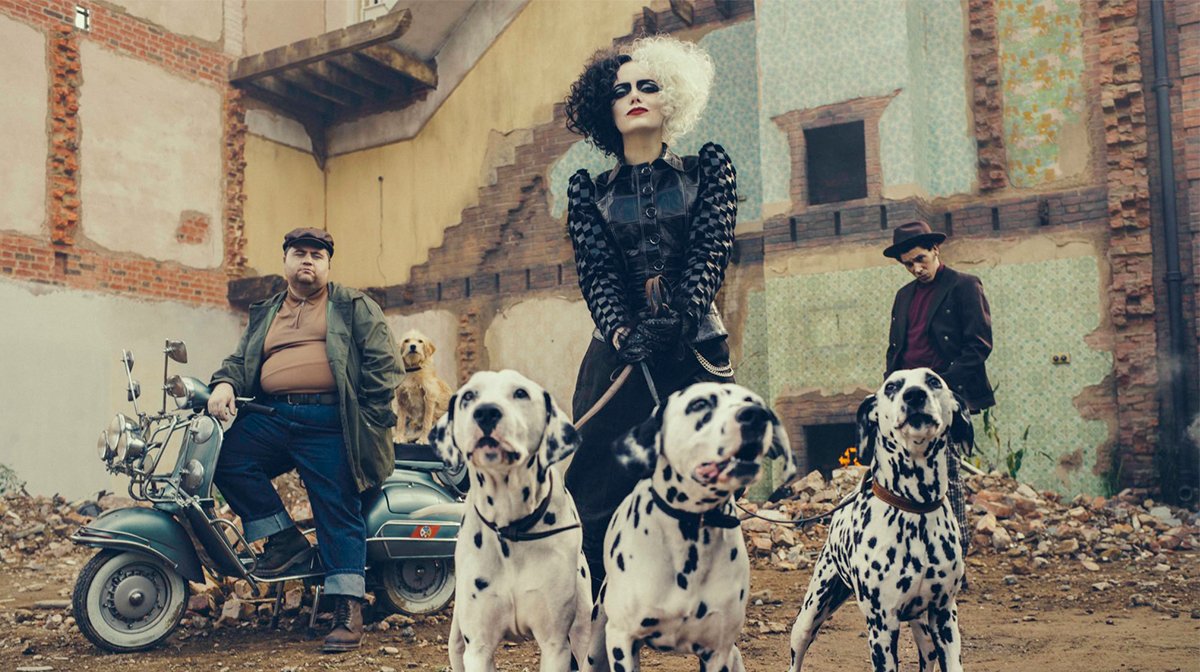 Emma Stone-led Cruella (taking the ‘untold story’ route of Maleficent and applying it to 101 Dalmatians) debuted an intriguing new image, and was described by its lead actor as ‘very punk rock’. Emma Thompson co-stars in the film, set for release in 2021. 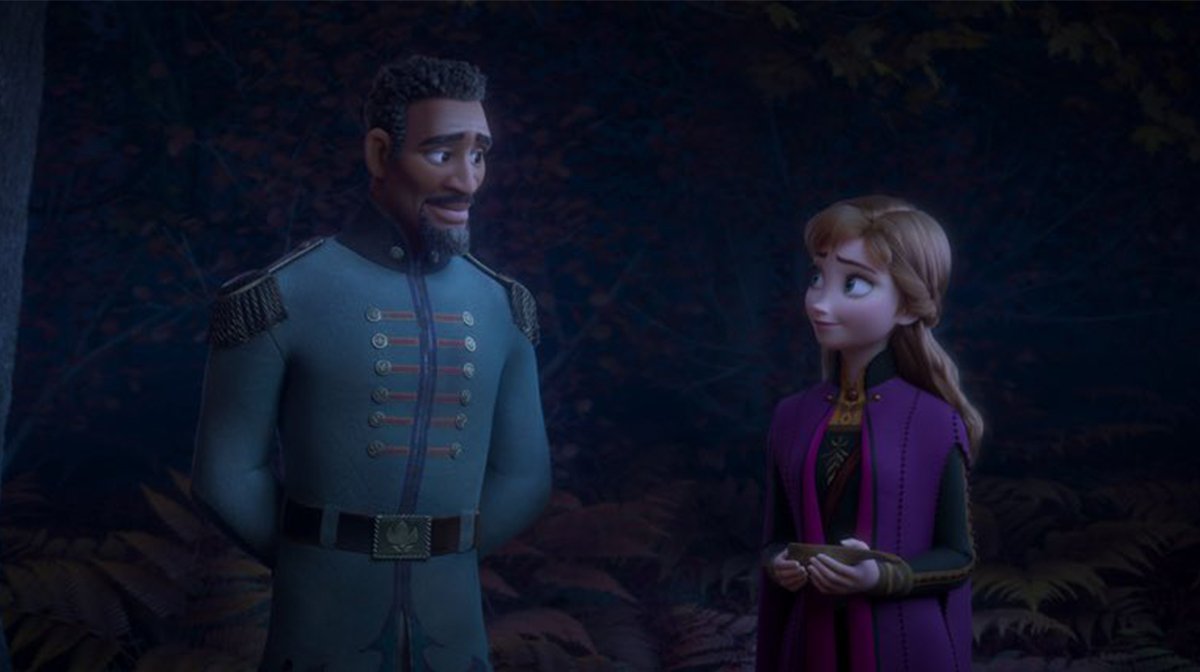 Frozen director Jennifer Lee introduced Raya and the Last Dragon, a new property coming Thanksgiving 2020. Inspired by Asian culture but remaining firmly post-Disney princess in tone, we’re getting serious Moana vibes. Cassie Steele takes the lead role, while the dragon itself will be voiced by Awkwafina. Both are working from a script by Crazy Rich Asians screenwriter, Adele Lim.

Frozen II then took centre stage for the final presentation of the panel. Disney’s follow-up to the 2013 smash-hit will explore the origin of Elsa’s powers, the ultimate fate of her parents and whether a happily ever after is ever really possible.

The entire cast then emerged to perform two new musical numbers, ‘Into the Unknown’ and ‘Some Things Never Change’. The film is in UK cinemas 22nd November.

What are you excited for? Let us know on social media.