Over the last ten years there have been so many fantastic films that it’s impossible to name which film I would consider to be ‘the best’ of the decade.

Things become significantly easier however if you ask me what I consider to be the best horror film of the last decade.

Why? Well, let’s just say once you’ve seen it, you can’t get rid of The Babadook. 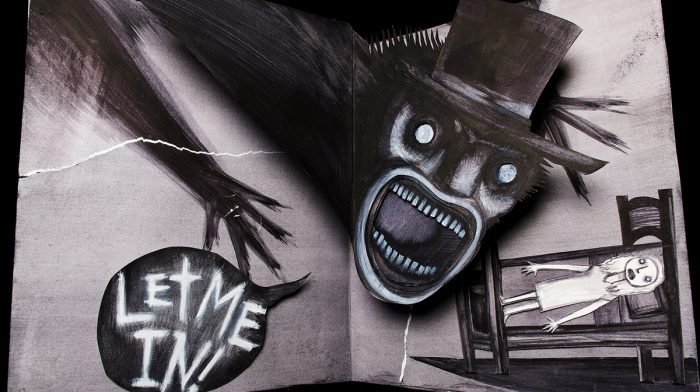 Written and directed by Jennifer Kent ‐ in her directorial debut ‐ The Babadook is a spellbinding and terrifying film, capable of giving even the most hardened of horror fan nightmares.

How scary is it? Well, it’s horrifying enough that The Exorcist director, William Friedkin, once tweeted: ‘I’ve never seen a more terrifying film than The Babadook’.

For those unlucky enough not to have seen this frightful masterpiece, the film tells the story of Amelia Vanek, a single mother struggling with the death of her husband while also trying to raise her troubled son Sam. 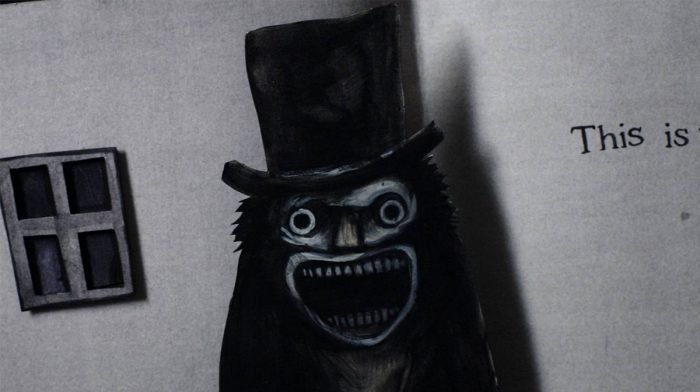 One night, while battling to get Sam into bed, Amelia agrees to read the boy a new storybook that’s mysteriously appeared on his shelf; The Babadook, a scary story about a monster who devours children.

Soon after reading this fairytale from hell, Amelia and Sam both begin to believe the creature from the book is real, and haunting them.

As her paranoia grows, Amelia slowly begins to unravel while the malignant monster possessing the book eats away at her sanity, needling her anxieties and playing on her fears.

The only way to end her suffering? Well, she can always bring The Babadook the boy… 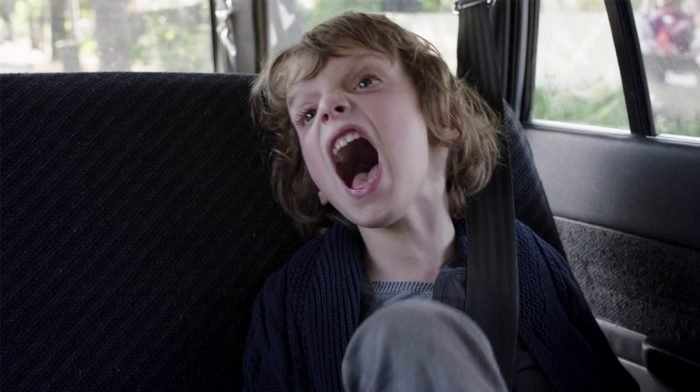 Superbly scary, and potentially the strongest directorial debut of the last ten years, there are more than a few reasons to love The Babadook.

It’s got a fantastic cast who handle the brilliantly poignant script wonderfully, the sound design (the key to effective horror in my humble opinion) is pitch‐perfect, and the dreary, washed‐out colour palette is the perfect visual metaphor for Amelia’s joyless life.

But while I like all these elements of The Babadook, what I truly adore about this film, and what elevates it for me on a personal level, is the titular monster – Mr. Babadook. 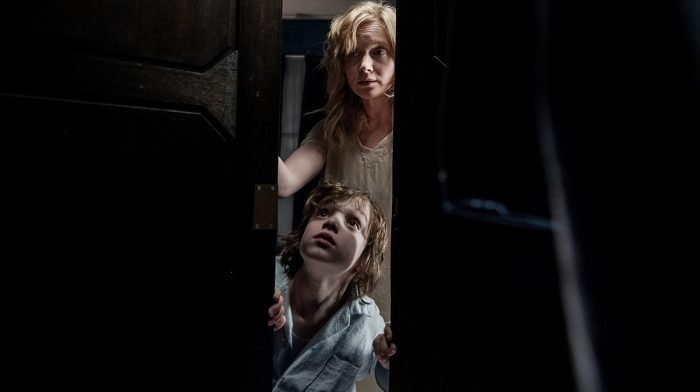 Looking like The Joker’s nastier, goth brother, the monochrome, top‐hatted Babadook is a magnificent and horrifying piece of creature design.

Couple this with the unique (for the time at least) way he haunted people ‐ once you’ve read about him, you can’t get rid of him ‐ and you have yourself a recipe for an iconic movie monster.

Of course, while a strong visual design is important to crafting an enduring monster, it’s just as important to have your monster represent something. 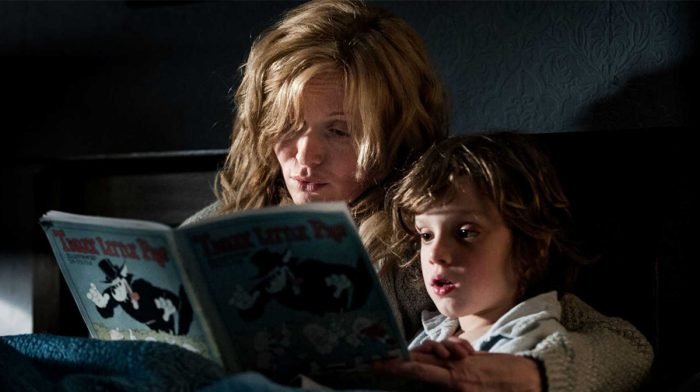 In her script, Kent brilliantly makes The Babadook represent something terrifyingly universal, something that everyone will likely have to deal with at some point in their lives; depression and grief.

Kent herself has spoken on these themes, telling Complex ‘I never approached this as a straight horror film, I always was drawn to the idea of grief, and the suppression of that grief, and the question of, how would that affect a person?’

And as someone who’s had to deal with his fair share of grief over the last decade, I related massively to Amelia and her plight (although I never killed a dog).

Because like grief and depression, The Babadook is a creature that exacerbates its victim’s existing anxieties, making them doubt themselves, and turn on those they love most even years after the initial ‘trigger’ for these feelings. 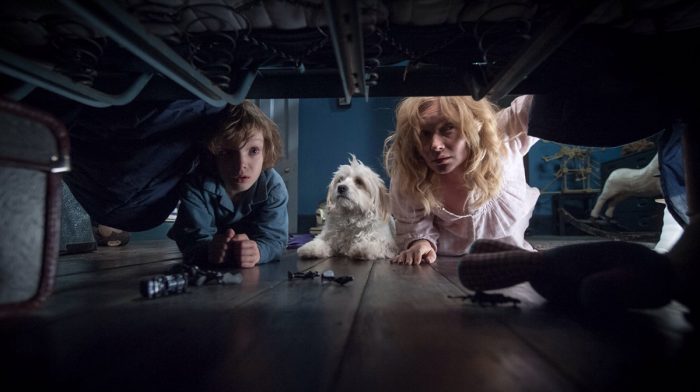 More than that, it’s clear in the fictional story of The Babadook book that the creature ‘possesses’ its victims, and makes them do things they’d never normally do.

Anyone who’s suffered from dark or troubling thoughts can relate to this feeling (although hopefully not the urge to eat their child); the feeling that their body is not their own anymore, as though they’ve been taken over by a malignant presence.

The Babadook creature also serves as a warning to people not to ignore their grief by suggesting that it was Amelia who created monster by repressing her feelings. 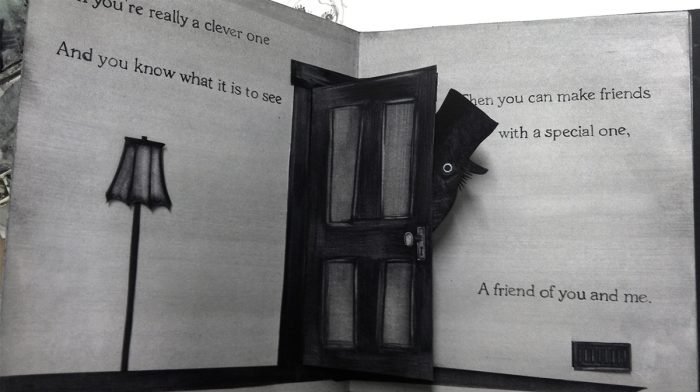 In dialogue with her sister, we learn that Amelia used to be a children’s author before her husband’s death, and later when she takes the book to the police, we see that her hands are covered in charcoal, the same material used to draw the horrific images in the book.

Again, these scenes serve as a warning to the audience that they need to tackle their grief head on, to stop it potentially manifesting as something far worse than The Babadook.

It’s interesting in that context then, and perhaps telling for people who’ve coped with these feelings, that in the end The Babadook isn’t killed by a stake through the heart or obliterated with a gun. 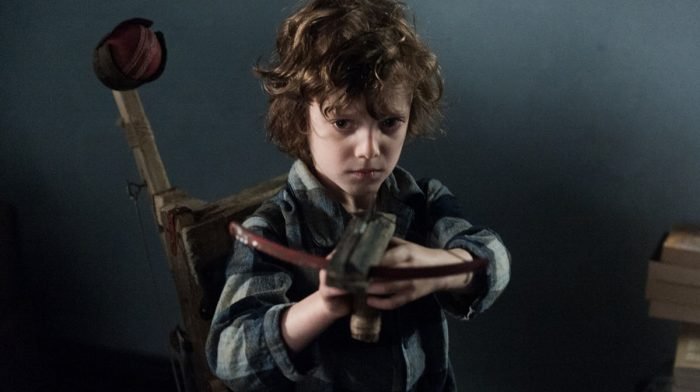 Instead Amelia is forced to confront this otherworldly demon head on, to stop it taking her son and ruining her life, and she banishes it to the basement.

But it isn’t gone; Amelia in the end must live with and care for the creature that nearly took her son, just like how those who’ve endured grief know it never really goes away, you just learn to live with it.