In The Staircase Implementation, the 22nd episode of the third season of The Big Bang Theory, a flashback shows Sheldon Cooper administering a roommate test on Leonard Hofstadter.

One of the questions is ‘Kirk or Picard?’ Leonard’s answer: ‘Original Series over Next Generation, but Picard over Kirk.’ Sheldon comments, ‘Correct.’

That gag sums up one of the reasons we are looking forward to Star Trek: Picard, the new series premiering on Amazon Prime Video on a weekly basis from 24th January. 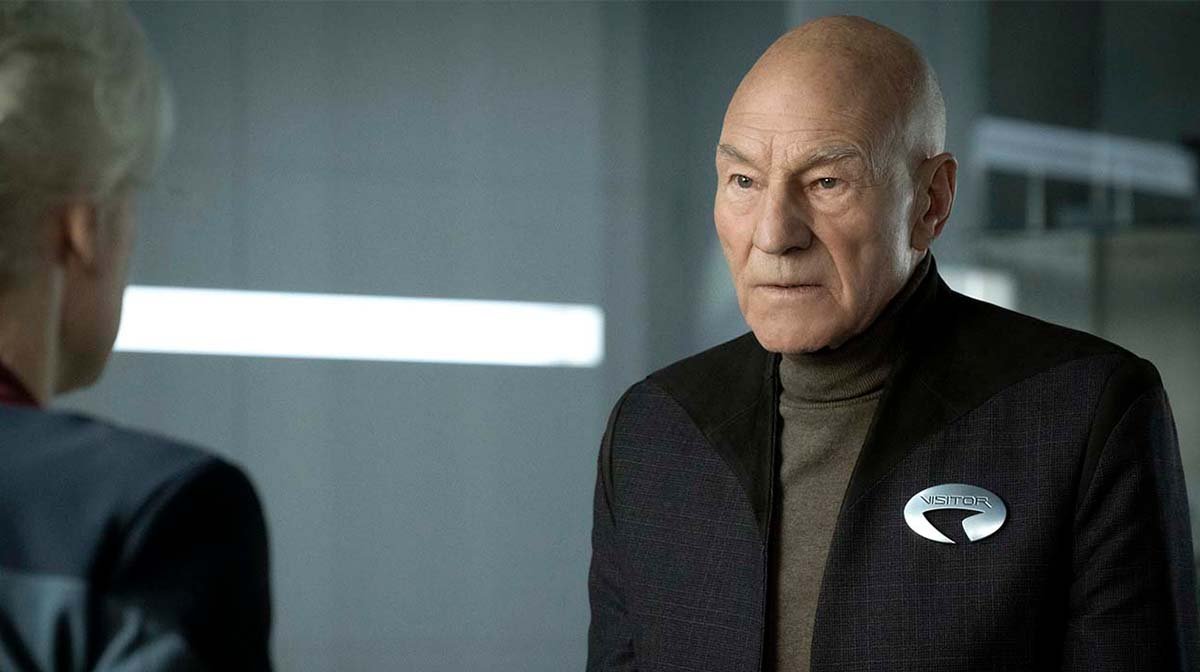 First introduced in 1987, Picard was something of a figurehead for the entire Star Trek universe for 15 years, first on the small screen, starring in seven seasons of The Next Generation (as well as making a guest appearance in the first episode of Deep Space Nine), and then in cinemas, guiding his crew from the highs of First Contact to the lows of Nemesis, which effectively killed the film side of the franchise in 2002, before the J.J. Abrams reboot came along.

What set him aside from Kirk was mainly his dignified restraint, expertly conveyed by Patrick Stewart’s performance.

Whereas William Shatner went as big as possible, spawning dozens of parodies of his line delivery (and insisting that his name be slightly larger than Leonard Nimoy’s in the opening credits of the original series), the classically trained Stewart came with an understated gravitas. 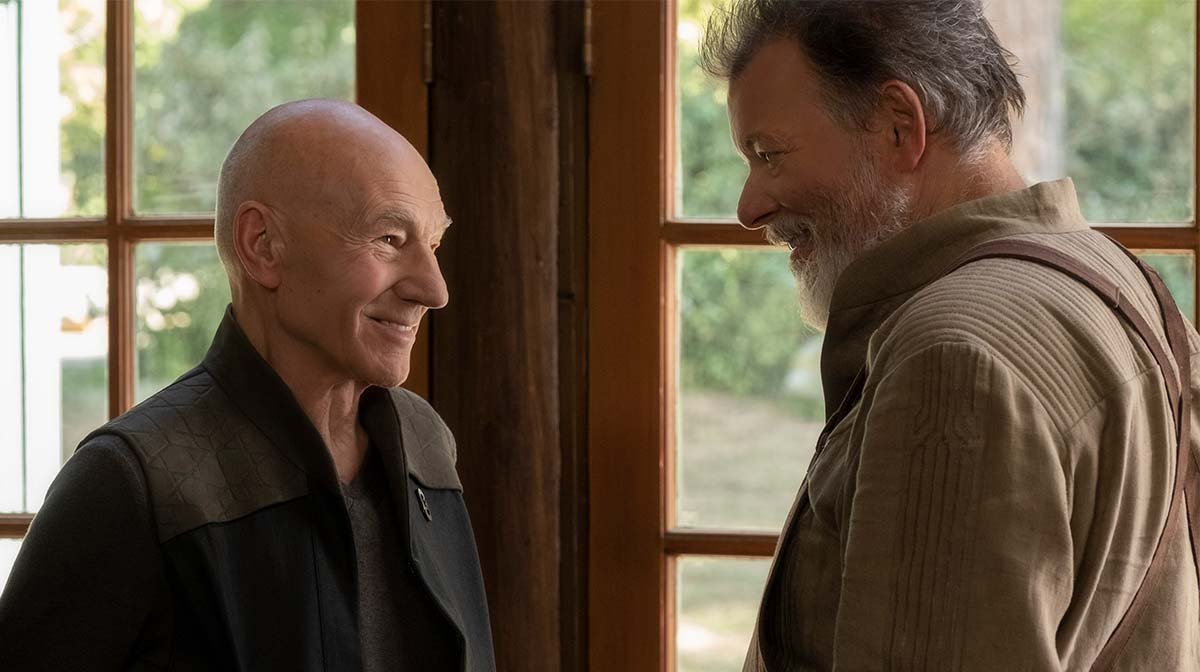 Next Generation didn’t really pick up steam until the third season, which began properly exploring the potential of long-term storytelling and recurring characters (most notably Q, the Borg and the Klingons), but even the weakest of the early episodes are watchable thanks to the cast, and Stewart in particular.

He may not have had a lot of faith in the show initially (he famously didn’t unpack his suitcase for the first few weeks of production, fearing imminent cancellation), but he never looked down on it.

Over the course of seven years, viewers saw Picard evolve in a way the original Enterprise crew rarely got to (most of their character development happened in the films), and Stewart actively contributed to the characterisation, injecting his own beliefs and concerns into the world of Star Trek. 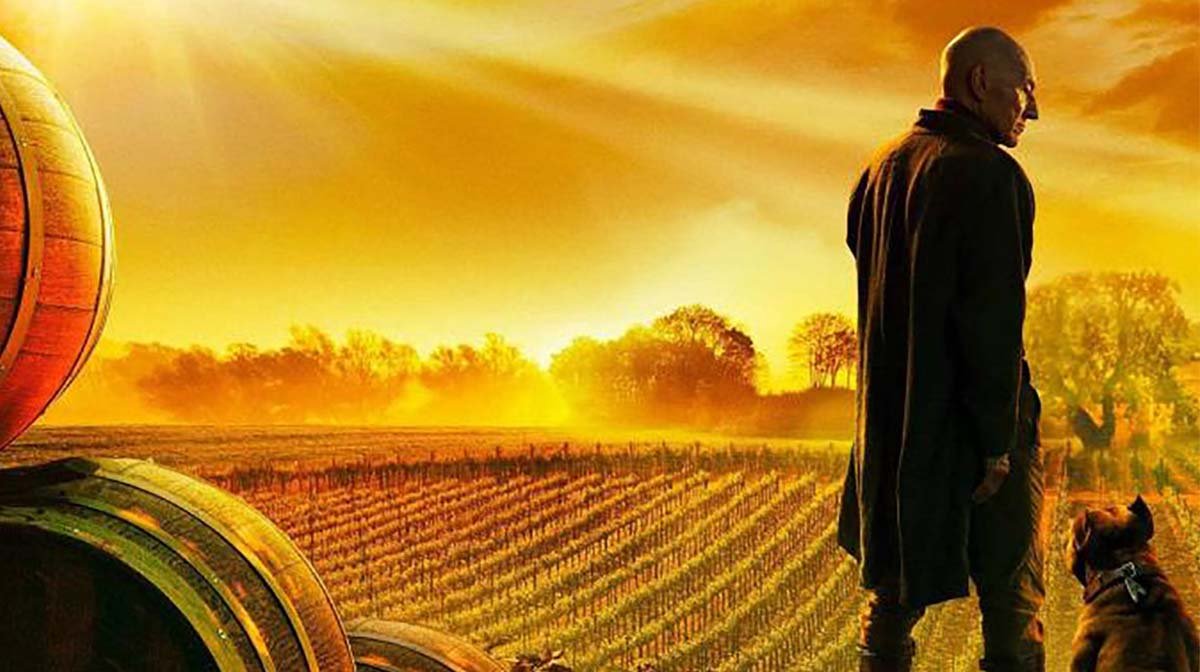 The key example of this is the season six episode Chain of Command, Part II, famous for its Orwellian depiction of torture and Picard’s defiant cry of despair: ‘There are four lights!’

Stewart, a renowned humanitarian, gives it his all with a performance for which he prepared for by watching tapes provided by Amnesty International.

Almost three decades on, the actor’s preoccupations with real-world matters are once again at the forefront, as Star Trek: Picard is set to feature a refugee crisis, and a conflict between the main character and the United Federation of Planets, a shift in status quo that Stewart himself has described as being inspired by the current political climate in both the US and the UK. 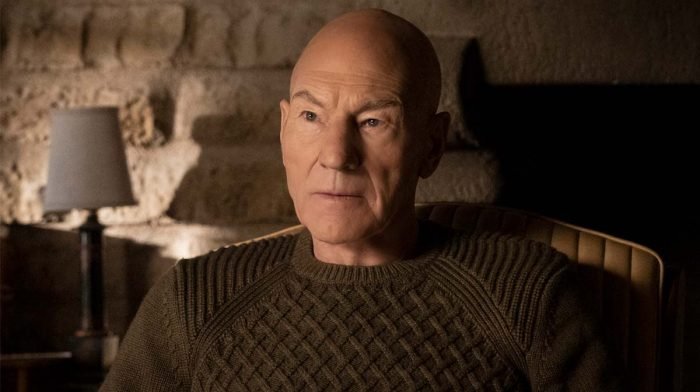 It is not the first time Star Trek has addressed such topics: Gene Roddenberry conceived the original series as a utopia where everybody got along, while in real life the Cold War was raging on.

30 years later, Deep Space Nine devoted an entire episode to the allegorical power of science fiction, while also carrying on with a long-running war storyline.

It is, however, the first time in years that these subjects are dealt with head-on, largely because Picard will mark the return to the franchise’s ‘present day’ timeline after an 18-year absence: the film series was rebooted with an alternate timeline showing the early missions of Kirk and Spock, while the TV side chose to tell stories set before the events of the original show (although the upcoming third season of Discovery is, quite literally, boldly going where no one has gone before). 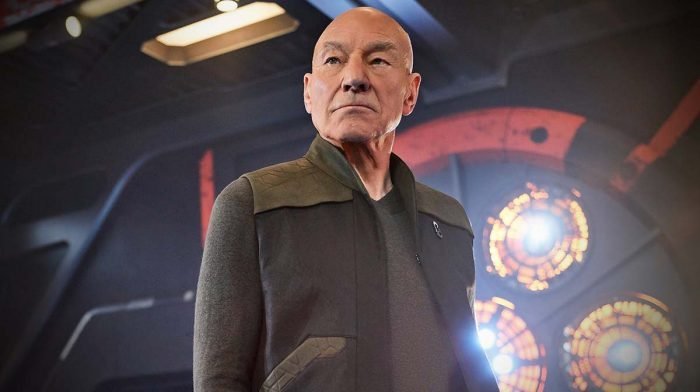 We are now back in the 24th century, in a world affected by the Dominion War, the destruction of the planet Romulus (as seen in the 2009 film) and the presence of the Borg, whose return in some form or another (they were officially wiped out in the series finale of Star Trek: Voyager) has been teased in marketing materials.

And who better than Picard, to guide us through these troubled times (both on and off-screen)?

Granted, some nostalgia will also be at play: Brent Spiner, Jonathan Frakes, Marina Sirtis and Jeri Ryan are all confirmed to return, and the past is said to be playing a role in Picard’s decision to come out of retirement.

But for the first time since 2002, the franchise appears to be looking ahead rather than back. Now, all that remains is to hear that phrase once again, the signal that a new voyage is behind the corner: ‘Engage.’

Star Trek: Picard will be released in the UK on Amazon Prime Video on 24th January.