Almost 20 years after his directorial debut Keeping the Faith, Edward Norton returns behind the camera for a markedly different piece of work, replacing contemporary romance with 1950’s noir.

Motherless Brooklyn is an ambitious endeavor, one that Norton pursued for two decades, having bought the rights to the source material back in 1999.

Based on Jonathan Lethem’s novel of the same name, the film moves the action from the present day to a few decades ago, lending more gravitas to a gumshoe narrative that might appear humorous in a contemporary setting.

What remains unchanged is the use of New YorkCity, Norton’s own residence, with a distinctly Big Apple feel throughout the picture that Hollywood sound-stages would not be able to successfully replicate. 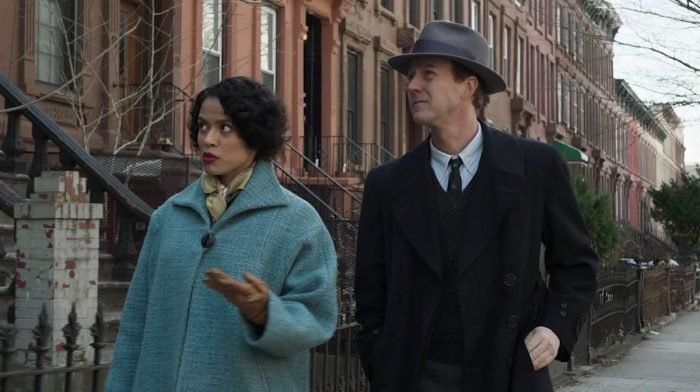 Lionel is a valuable asset thanks to his photographic memory, but also socially awkward due to Tourette syndrome, which he describes as a constant battle between two sides of his personality.

When Frank is killed during a business transaction gone wrong, Lionel takes on the responsibility of figuring out who did it and why. This puts him in contact with Laura Rose (Gugu Mbatha-Raw), a city employee opposing the gentrification of African-American neighborhoods, and gradually exposes a shocking, dangerous web of corruption. 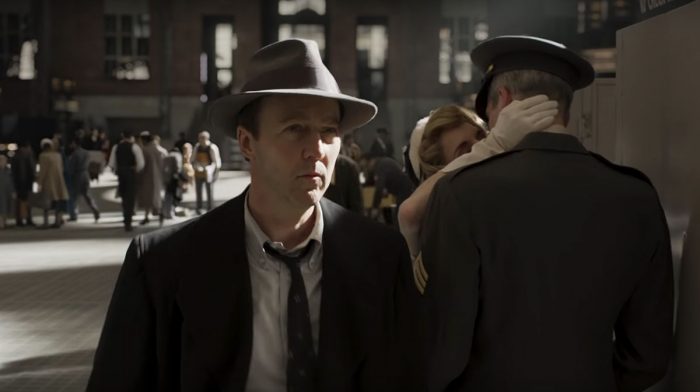 It is very much a 1950’s mood, thanks mainly to Dick Pope’s cinematography and Daniel Pemberton’s evocative score, but the concerns remain contemporary, with an obvious layer of relevance courtesy of the casting of Alec Baldwin as the nefarious Moses Randolph (a character Norton added to the film, based on real-life city planner Robert Moses).

Best known nowadays as the chief Trump impersonator on late night television, Baldwin imbues Randolph with the scheming intelligence and brutality Trump wishes he had, delivering a powerhouse performance with echoes of his Oscar-nominated turn in the criminally under-seen The Cooler. 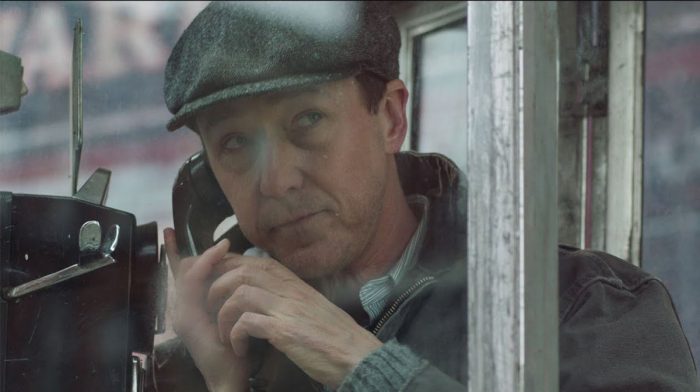 Opposing him is Norton, who tackles a role he could perform in his sleep with the right balance of humor and tragedy.

In fact, there are essentially two performances at play here: the master detective, whose razor-sharp mind is conveyed through voice-over, and the afflicted man whose every thought and gesture are marred by tics.

What could have become an insensitive caricature is, in this case, a fully rounded character who attracts our empathy right off the bat, and the actor’s chemistry with his British co-star (the lone ‘outsider’ in an otherwise fully American cast) is impeccable. 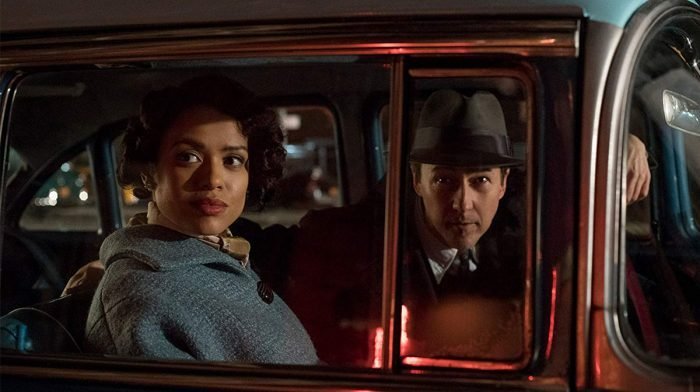 The title Motherless Brooklyn refers mainly to Lionel, who was given that nickname by Frank, but it also clearly applies to the New York City borough, struggling to survive in a world where power is the key currency and, to borrow a line from another prominent Big Apple movie, greed is good.

The film is a meticulously constructed noir with a compelling mystery, but at its core it’s also a powerful love letter to the city Norton calls home, and the streets become characters in their own right, alongside the people oppressed by Randolph’s machinations. 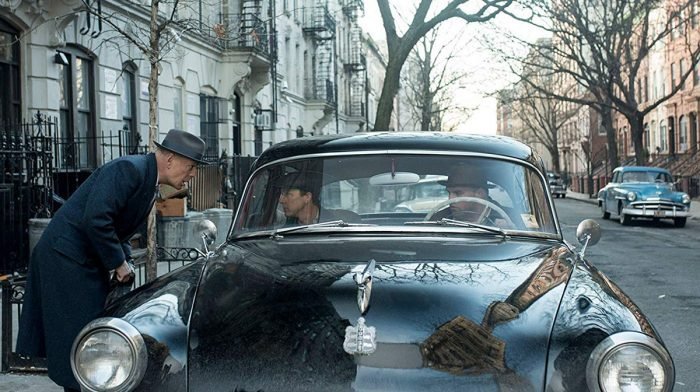 It does drag in places (some tightening in the mid-section would not have gone amiss), but overall Norton’s focus, behind and in front of the camera, keeps the film right on track with its clever blend of social commentary and genre trappings.

It’s a thrilling waltz through the past, and at the same time a very timely warning: when Baldwin says ‘power is knowing that you can do whatever you want and not one person can stop you’, it’s very much a picture of 2019.

Motherless Brooklyn will be released in UK cinemas 6th December.