It’s been two years since we last visited the doomed town of Derry, Maine. The Losers Club, the most lovable group of misfits there is, has since grown up and left the sleepy town, but the evil hasn’t.

They are called back into action by Mike Hanlon, who remained as the town’s librarian. It has returned, and it wants the Losers.

This time, they have to kill It for good. 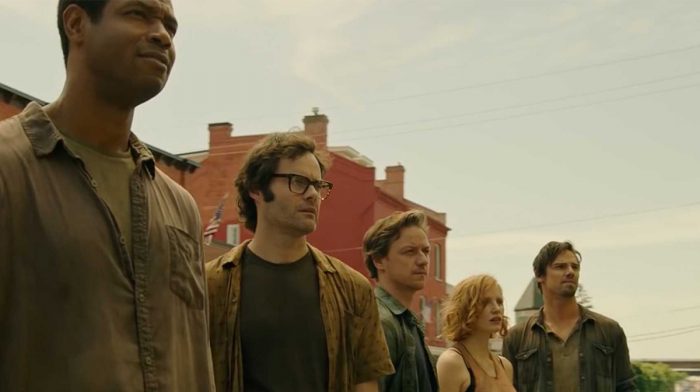 Andy Muschietti’s It Chapter One was a bit of a sleeper hit. It became the highest grossing horror film of all-time that no-one saw coming, because everyone hates sequels and reboots.

But Muschietti had all the right ingredients to make his reboot work; a great cast and understanding that Stephen King’s ‘unfilmable’ gigantic novel is actually about friendship, and the pain of growing up, rather than the killer clown everyone remembers the original miniseries for.

Muschietti returns to the director’s chair to craft a sequel that goes bigger and bolder in every sense, while digging deep into It’s mythology, and the dynamic between the adult Losers. 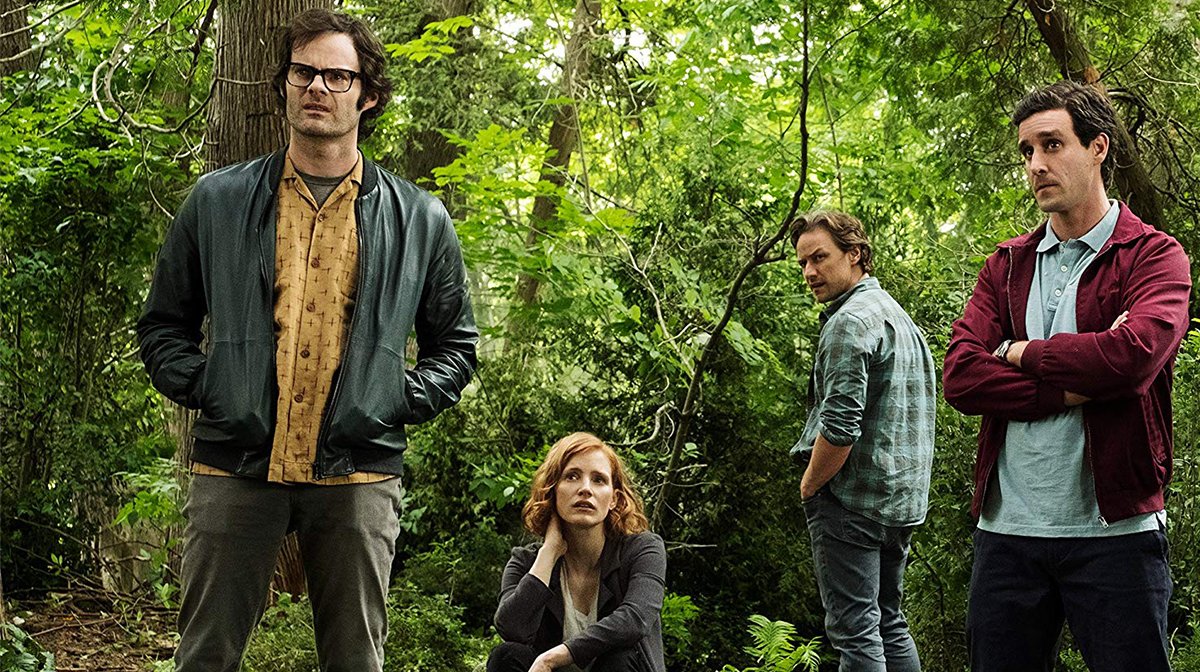 It’s a mixed bag, and not everything works quite as smoothly as it did the first time. Muschietti also relies too much on CGI for scares and monsters, but in the end he regains a steady hand to bring the story to a satisfying, and a surprisingly emotional, close.

As predicted, the cast is impeccable. It says a lot when James McAvoy is somehow the least charismatic on‐screen presence; that’s how stacked and good this cast is.

McAvoy isn’t bad per se, he’s just left in the shadow of other equally talented actors.

Especially good are Bill Hader and James Ransone as Richie and Eddie. The forever bickering friends steal the show, and every scene they are in.

Hader is a revelation here, turning in one of the best performances of his career. He’s laugh‐out-loud funny, but his performance is always grounded in tragedy and self‐hatred.

Ransone gets possibly the flashiest role as the germaphobic Eddie. He gets to have the most fun but make no mistake, there’s a lot bubbling under the surface. Eddie’s insecurity, while at times played for laughs, is a tragic thing and the character’s arc might just be the best of the film, along with Richie’s.

Jessica Chastain is great as Beverly but doesn’t leave much of a mark, much like McAvoy. Both seem to be on autopilot, which still produces good performances, but forgettable ones.

Jay Ryan, a relatively unknown Australian actor, makes a great Ben Hanscom, especially when he’s pining for Beverly. But unfortunately the character is often just a root for fat jokes.

Partly this is due to the source material, but considering it’s 2019, one would hope Muschietti would have handled it with more grace and sensitivity. 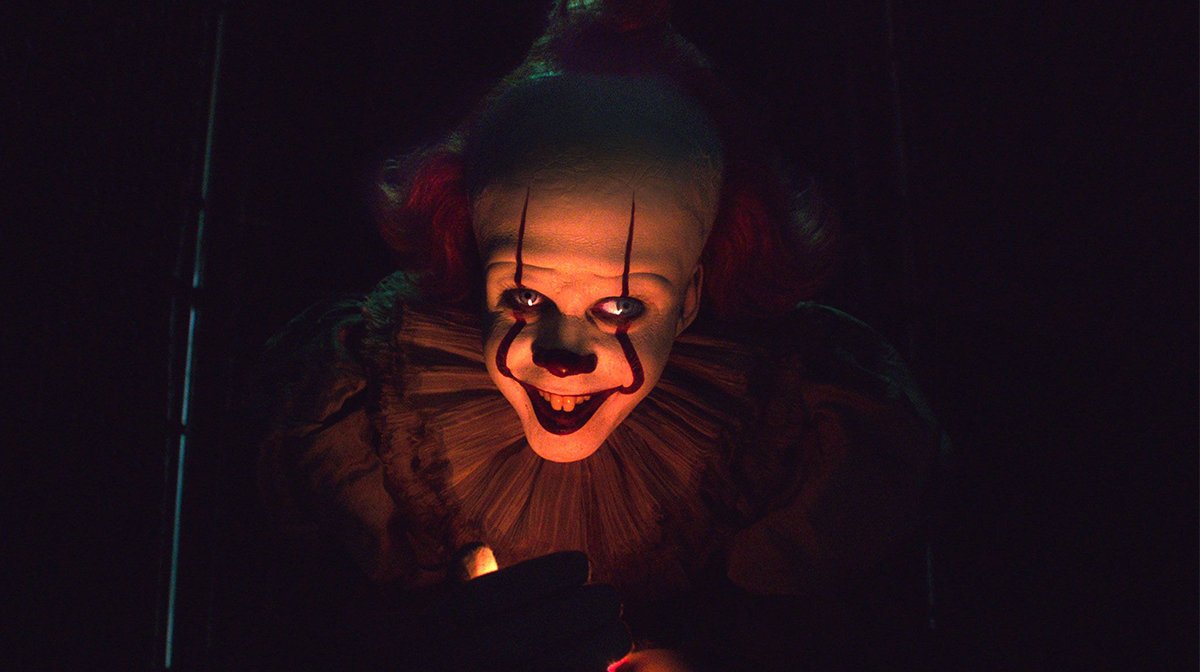 There’s no effort to make It’s iterations look realistic, but it’s a strange choice, and one that distances the viewer from the scares. It’s hard to fear something this fake‐looking.

It Chapter Two features plenty of jump scares which are effective, but mainly consist of It jumping out or the camera quickly panning to It, accompanied by a loud noise.

Somehow there is more gore in It Chapter Two, but less scares. Whereas the first film was genuinely creepy, and at times terrifying, Chapter Two is a different beast; one that wants to make things bloodier, but hasn’t been able to amp up the scare factor.

It feels at times like the film isn’t even interested in the scares, but instead treats the script and story as something closer to a drama.

It’s an interesting approach, and it gives Chapter Two more ambition. It also offers us a wildly different Pennywise, one that has missed The Losers Club, and certainly has a bone to pick with them.

Bill Skarsgard is once again fantastic as the clown, but the wow factor has worn off. This new, much funnier Pennywise is nonetheless a welcome change, something fresh to keep things interesting. 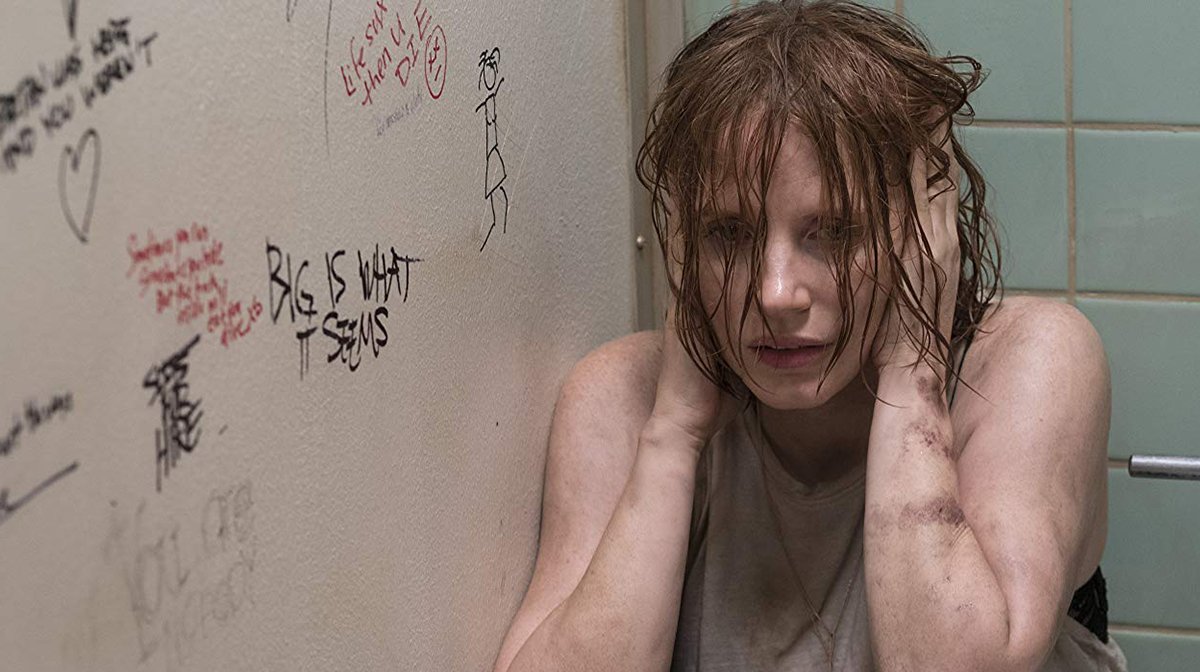 Overall, this is a worthy sequel. The good outbalances the bad, but the film remains a mixed bag.

The cast saves most of it, bringing in much needed pathos and well‐timed comedy to keep things entertaining.

Most importantly however, Muschietti demonstrates a clear understanding of the source material. This is a horror blockbuster, one designed for the big screen, and one that always places heart and characters above the scares.

Are you excited for It Chapter Two? Let us know on social media.