This is a quote from Hayao Miyazaki himself in an interview with The Guardian from 2005, regarding his philosophy towards filmmaking in relation to his then latest film Howl’s Moving Castle, which today turns 15.

Despite the remainder of the legendary anime director’s filmography, which includes beloved classics like Spirited Away and My Neighbor Totoro, he has insisted that this strange adaptation is his favourite creation, reflective of how intimate and personal so many moments of the film feel.

While his films are often lauded for their messages of pacifism and environmentalism – which Howl also contains in spades – his optimism and humanism is definitely something to be celebrated, as is the case in his most emotionally driven film. 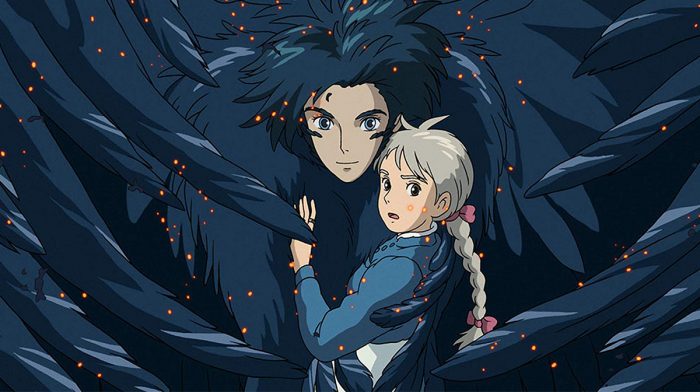 Playing out like a girl’s quiet dream as it snowballs into grandeur, Howl’s Moving Castle follows the trials and tribulations of Sophie, a humble 18 year old hatter that thinks too little of herself.

Due to an unfortunate altercation with the much‐feared Witch of the Waste, magic is thrust upon her in the form of a curse that transforms the young girl into an elderly woman, setting her upon a quest to break the spell.

After meeting the legendary wizard Howl and his grunting, puffing, moving castle, controlled by a grouchy fire demon named Calcifer, Sophie’s conception of herself and the world is irrevocably altered. 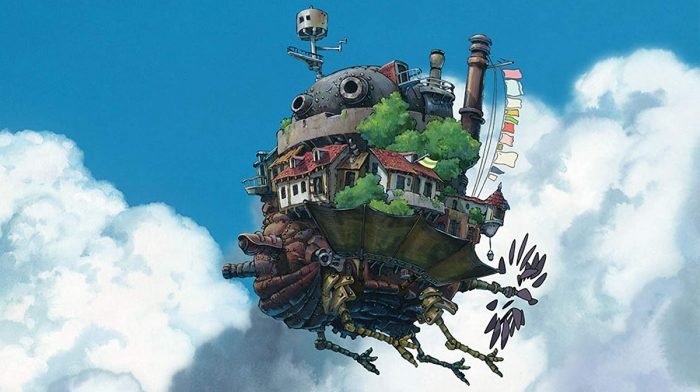 Over the course of the film, she gathers together an eclectic family to call her own, including a sentient scarecrow, a beleaguered dog, and a former enemy, each bringing with them a delightful oddness that I have yet to find matched in any other film.

But running alongside this intimate personal plotline is a wider threat – an ongoing war with no clear purpose, and no end in sight.

Miyazaki didn’t include this war plot within a vacuum, and the director has been forthcoming in interviews with his staunch views against the Iraq war, which was occurring at the time of Howl’s Moving Castle’s production and release. 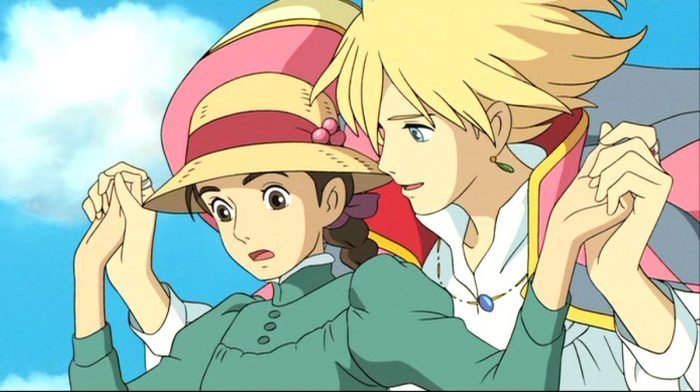 While most overt in the character of the emotionally uninvolved Madame Sulliman, the contrasting visuals truly get the message across; the stunning pastor backdrops typical of his films, lovingly rendered in vibrant watercolours, are overcast by unfeeling machines of war.

Even the hodge‐podge design of the ‘castle’ itself assists in this storytelling; its organic, overgrown form somehow triumphing against the monstrous mechanical planes that circle it.

Though the director elaborated more explicitly on these anti‐war themes in 2013 with his then‐swan song The Wind Rises, they still crop up noticeably through the entirety of the film, creeping in through dark imagery among the whimsy.

And for me, this resonates heavily in 2019 – we live in turbulent, uncertain times, and as much as we try to live our lives within it, it becomes hard to understand the actions of those in power more often than not. 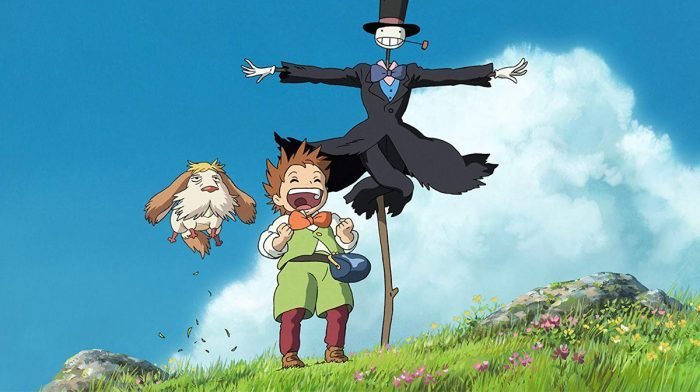 Which is why the central message of Howl’s Moving Castle will remain, at least in my opinion, eternally important: be kind.

Sophie’s most heroic trait isn’t physical strength or stoicism, but the compassion she exhibits towards even the least deserving of people, tragedy only arising when you see those too far gone into violence and anger to save (a fate that nearly befalls Howl).

In the end, this is what frees Howl and her other loved ones from their respective curses and baggage, allowing them a new start in a world that feels more understanding.

Even Miyazaki’s method of writing the film assists in this theme of continued efforts in the name of compassion; he began animating Howl’s Moving Castle without a clear end in sight, making up much of the plot as he went along. Where this could have been a messy approach, Miyazaki spins it into gold, creating what feels like a living, breathing world through his adlibs and inventions. 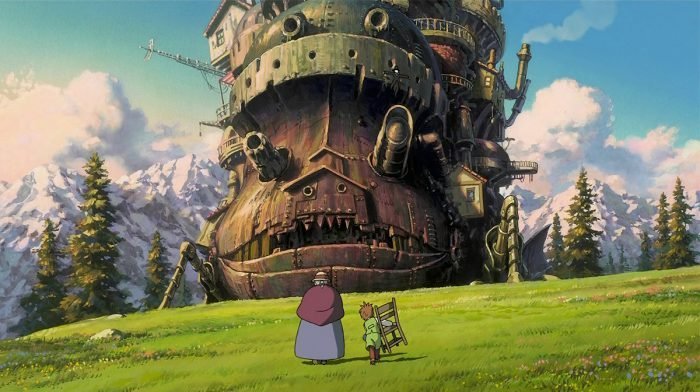 15 years on, there’s still much to be taken from Miyazaki’s most optimistic film.

Personally, I’ve found the film helpful on my worst mental health days, nursing me back to functionality through a general reassurance that yes, the world can be terrible, but everything will be ok.

In these dark times, we need a reminder to put our love into action – maybe, even in a world without magic and miracles, compassion can bring change.