Before the creation of beloved heroes like Spider-Man, Iron Man and Black Panther, Marvel Comics had their first family of superheroes – the Fantastic Four!

Led by Dr. Reed Richards, the Fantastic Four are a group of scientific explorers, who gain incredible superpowers when they are exposed to cosmic rays during a mission to outer space.

The team includes Mister Fantastic (Reed Richards), who can stretch his entire body; the Invisible Woman (Sue Storm), who can become invisible at will and generate force fields; the Human Torch (Johnny Storm), who can create flames, surround himself with fire, and fly; and The Thing (Ben Grimm), whose skin is replaced with near invincible rock, giving him superhuman strength and endurance.

Portrayed as a loving and undeniably dysfunctional family, the Fantastic Four isn’t your typical kind of superhero team! 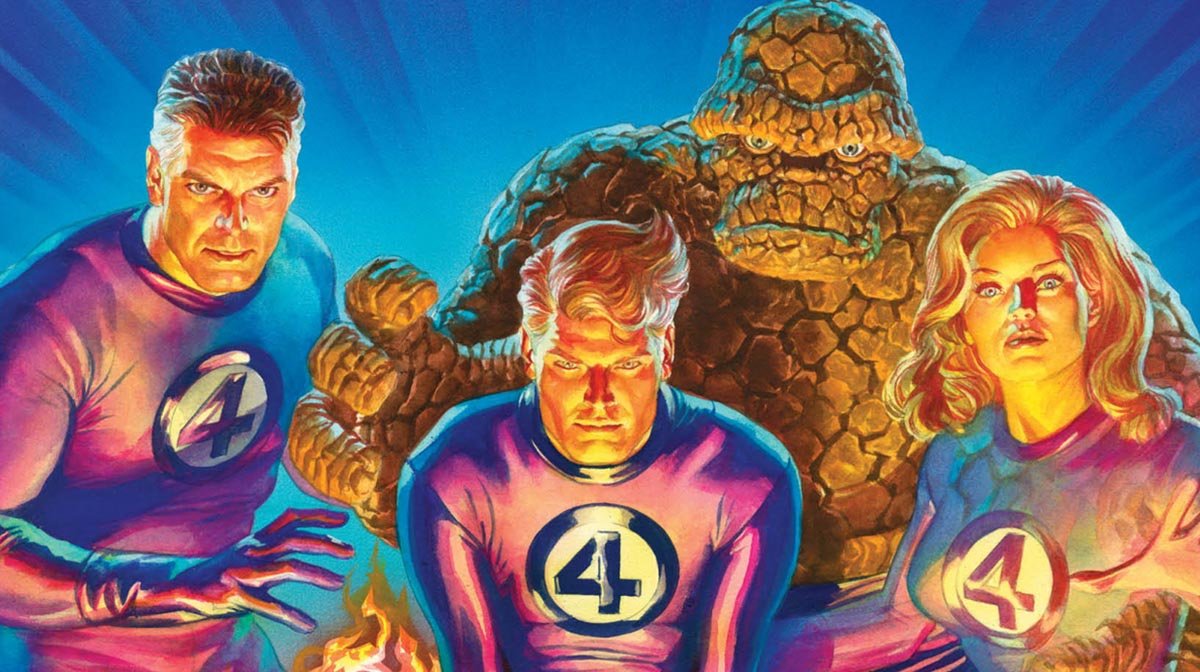 Conceived in 1961 by Jack Kirby and Stan Lee, the Fantastic Four quickly became an incredible success for Marvel Comics, and the comic-book industry as a whole, ushering in a new era of superheroes.

So, why haven’t we seen the Fantastic Four in the Marvel Cinematic Universe (MCU)?

Sadly ownership rights have so far prevented this, but outside of the MCU the team have had their fair share of cinematic adventures which ranged from the mildly successful (Fantastic Four), to the embarrassingly bad (Fant4stic). 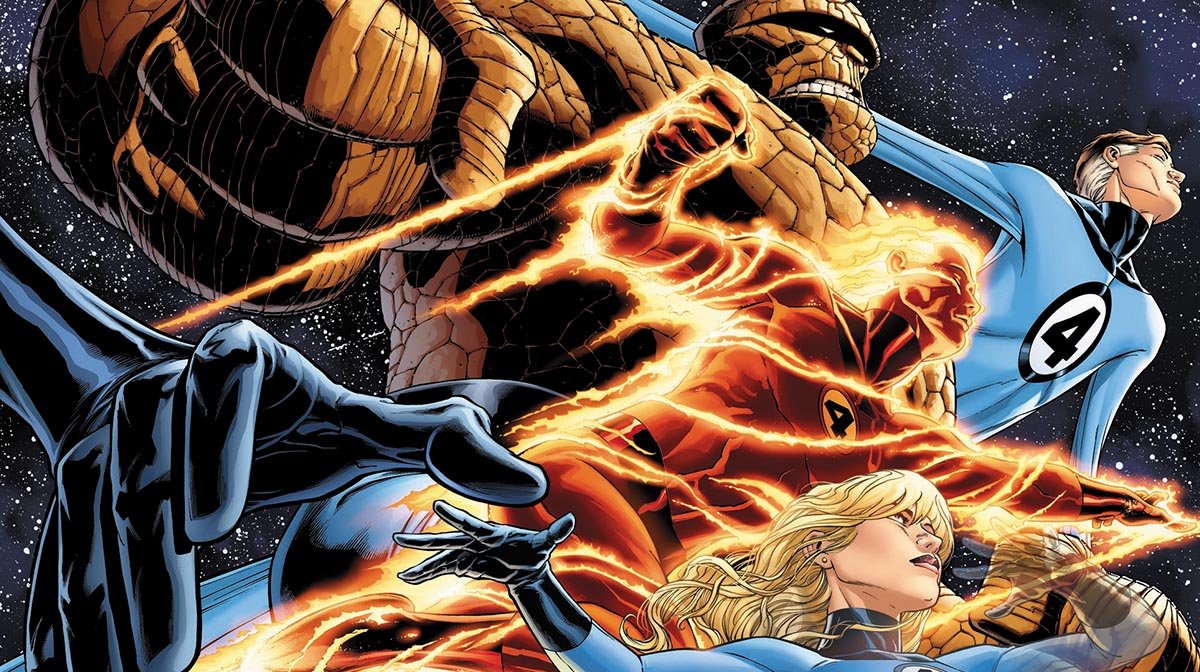 Since the beginning of the MCU, there has been endless chatter surrounding the Fantastic Four’s possible introduction, but there has never been any real hope.

That is, of course, until now. Thanks to Disney’s industry-changing acquisition of Fox last year, the rights to the Fantastic Four, as well as the X-Men and Deadpool, have been transferred to Marvel Studios.

This not only means that Marvel Studios can make a Fantastic Four movie, but the iconic team can now be woven into the MCU.

While it’s clear that the Fantastic Four will be introduced to the MCU at some point in the near future, with Marvel Studios head Kevin Feige already confirming early development, it’s not entirely clear how the team of heroes will make their highly-anticipated arrival. 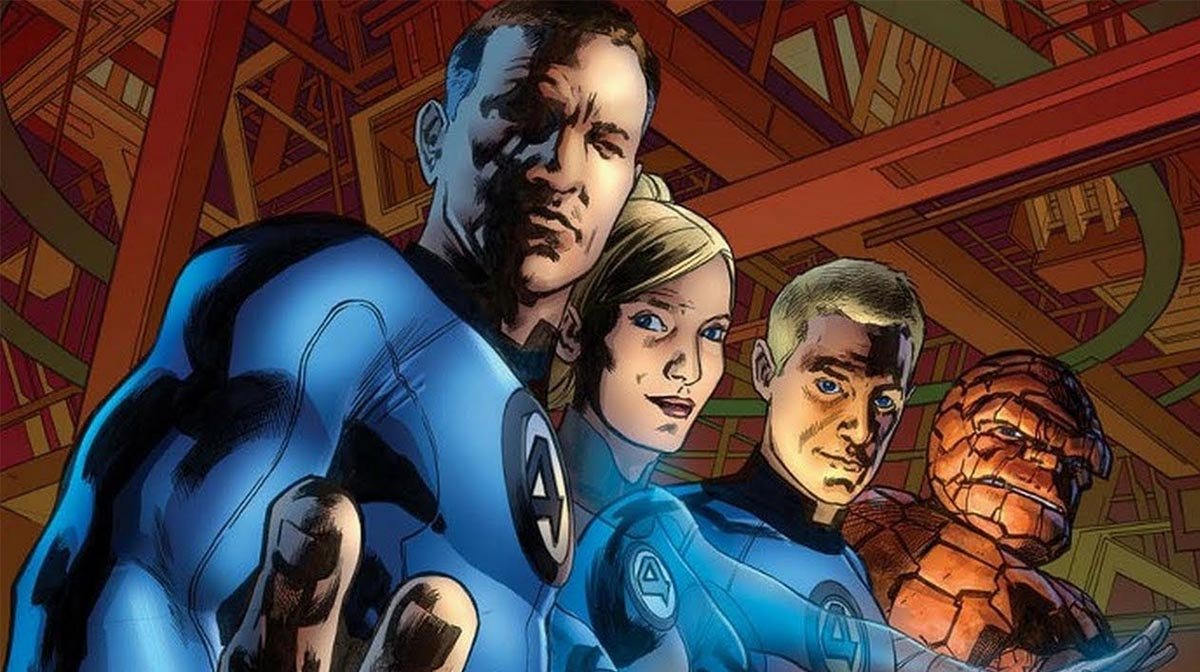 Introducing new characters (even of the weirder variety) to the MCU isn’t an impossible feat, but with a property like the Fantastic Four, however, the studio might find it more difficult to satisfy fans.

One of Marvel’s most beloved and iconic teams, fans will undoubtedly want to see a more accurate portrayal than previous films have offered.

While this should be no trouble for Marvel Studios with their good track record, it will be impossible to satisfy every fan, and there will always be some kind of backlash, especially when it comes to casting decisions and other creative choices. 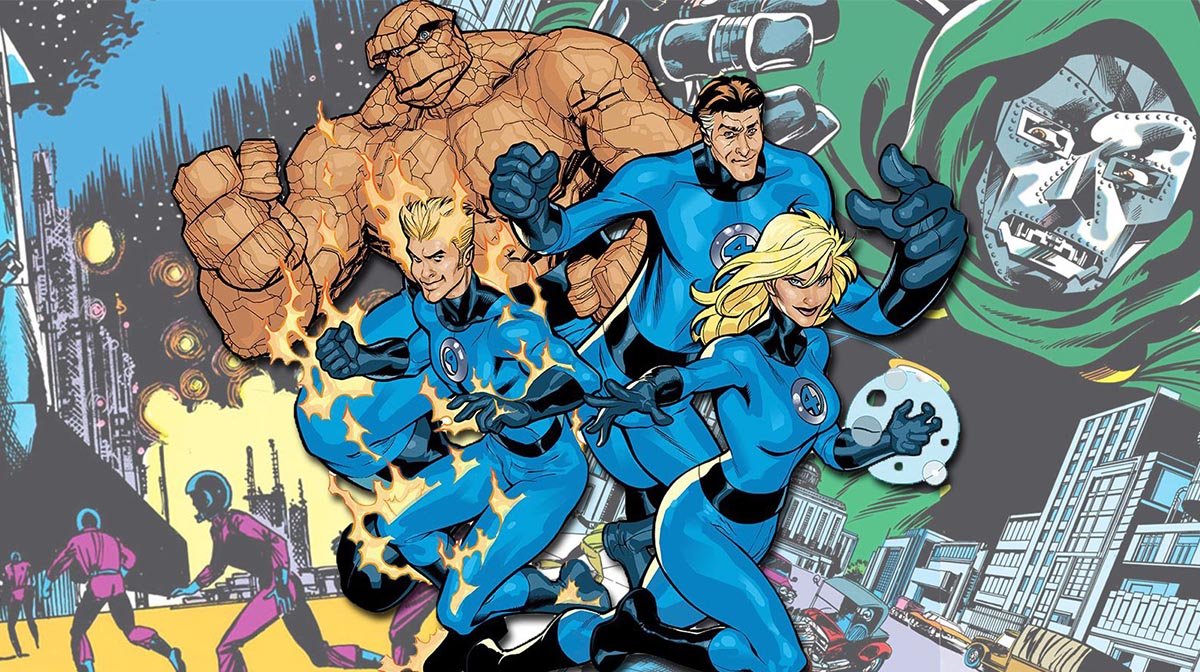 Looking closely at how the Fantastic Four could be introduced in the MCU, there are a few routes Marvel Studios could decide to take.

An origin story could be a good idea as cinemagoers aren’t overly familiar with the story, at least not enough to simply accept them as an already-established team. That’s not to say a film following an established Fantastic Four wouldn’t work.

Unlike the X-Men, who will be considerably more difficult to introduce, the Fantastic Four will fit quite easily into Marvel’s post-Endgame universe. 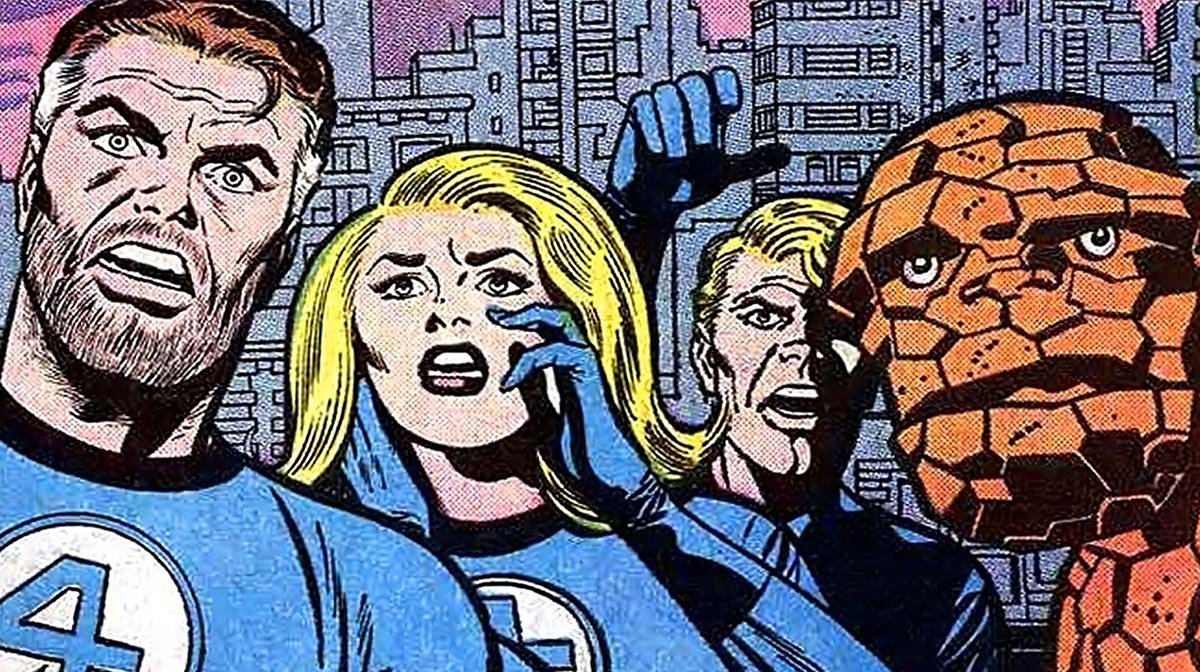 And for what we can expect from a standalone Fantastic Four film, a popular theory among fans suggests that the movie could be a prequel, with the team existing before the likes of Iron Man and Black Panther.

This is certainly an exciting option, as it would give filmmakers the opportunity to cement the Fantastic Four as the MCU’s ‘first family’ of superheroes.

There is a downside, however, as fans could question how the Fantastic Four could exist but not be mentioned in any previous MCU movies. 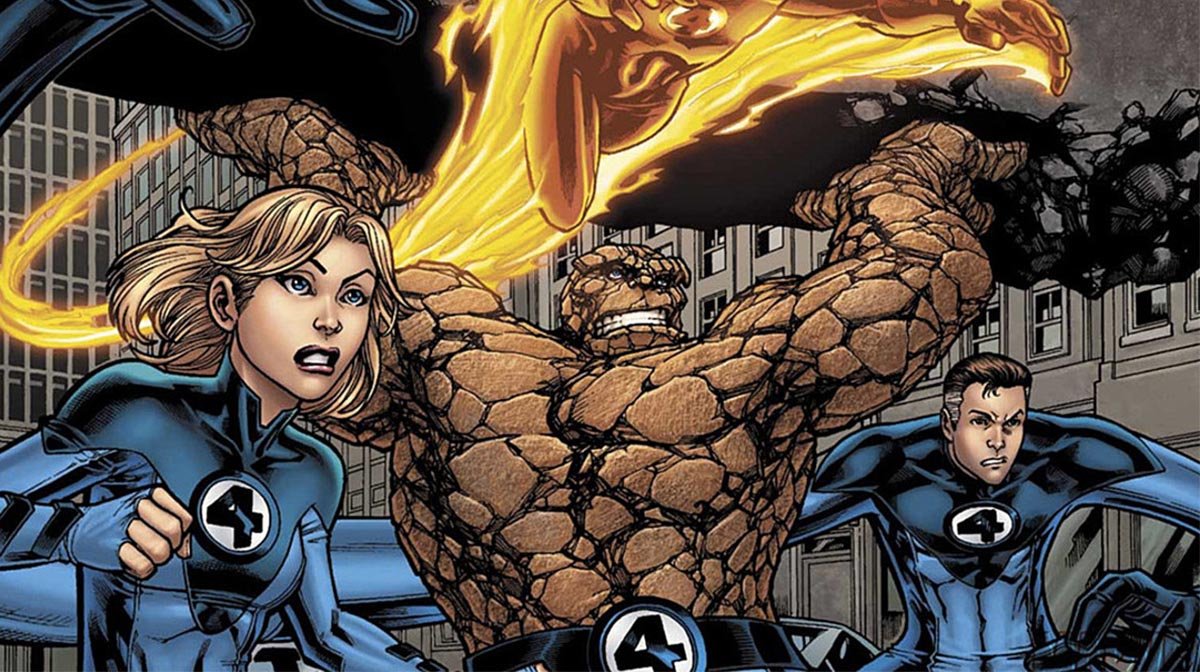 Another possibility, which we believe to be more likely, is for the Fantastic Four to be introduced in modern-day, with filmmakers revealing that the team gained their powers in the five-year gap between Avengers: Infinity War and Avengers: Endgame.

We must also take into account the Multiverse, which is something that Marvel Studios is very clearly planning to expand.

It will be explored in the Doctor Strange sequel, as well as the Loki series on Disney+, and there’s a very good chance that Marvel will introduce the Fantastic Four from an alternate reality.

After all, if there’s a character in the Marvel Universe that can figure out interdimensional travel, it would be Dr. Reed Richards. 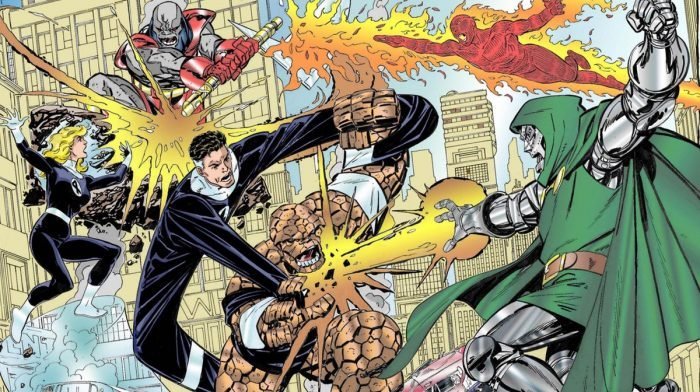 To get a better idea of how the Fantastic Four could be introduced to the MCU, you need only look at the extensive backlog of comic books.

While it would be necessary for Marvel to update the team’s original origin story for modern audiences, we wouldn’t be surprised to see the studio do a straight adaptation of the Fantastic Four’s first appearance.

And we’re almost certain that Kevin Feige is figuring out how to use the heroes to set-up the arrival of Galactus, who would be the perfect villain for the next era of MCU movies. 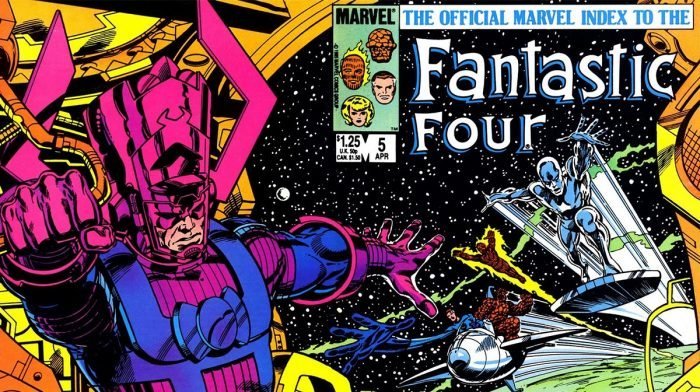 Galactus is one of Marvel’s most beloved comic-book villains, and the Fantastic Four’s introduction to the MCU opens the door for his arrival.

To speculate, which is what all comic-book lovers like to do, we believe it would be cool for the Fantastic Four to arrive from an alternate reality, after already losing to Galactus on their Earth, heading to our world to warn the likes of Captain Marvel and Nick Fury. 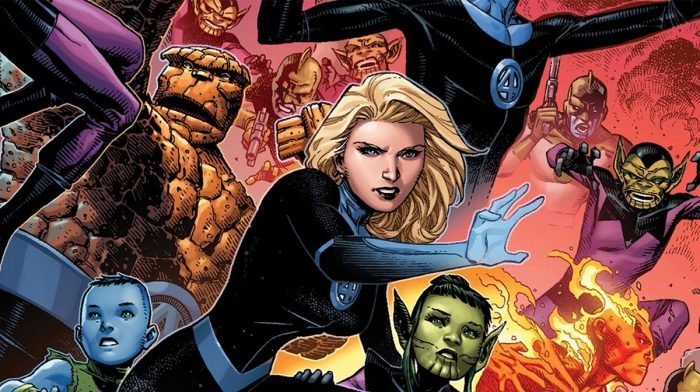 With an incredibly rich history to draw from, Marvel Studios has our complete confidence when it comes to delivering an exciting and satisfying Fantastic Four movie.

While we have no idea really how they will be introduced to the MCU, we can’t wait to see these incredible characters back on the big screen!