All Pixar movies are worth watching (yes, even The Good Dinosaur), but some of their output ranks among the greatest animated films ever made.

Rotten Tomatoes may put Toy Story 2 at the top of the Tomato tree with a 100% ranking, but I’m here to argue that 2010’s threequel is more deserving of the number one spot as it reaches its tenth anniversary. 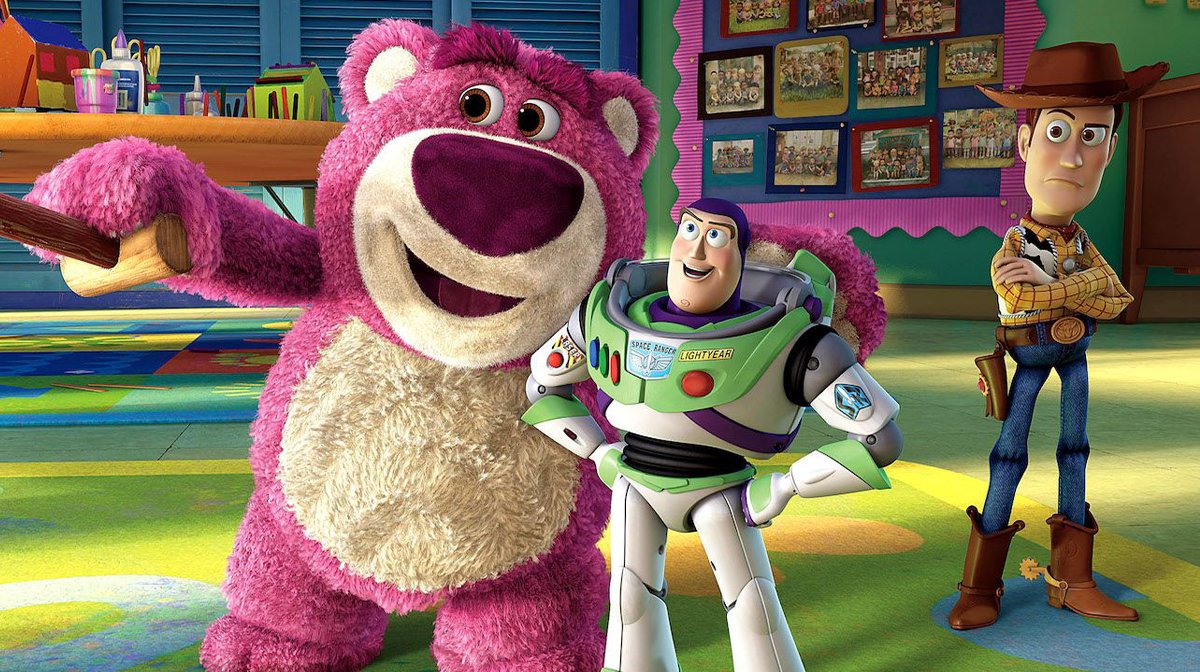 Directed by Lee Unkrich, Toy Story 3 improves upon the formula of the franchise in every way, taking everything we love about the first two entries – the humour, pathos and characters – turning them up to eleven.

Meanwhile the much improved animation gives the gang a whole new, beautiful look. We’re very far removed from the uncanny valley effect of Buster the Dog.

Thematically, the film is about moving forwards, nostalgia and lost friendships, but it touches upon other ideas too – lack of purpose, betrayal, class, lies, misinformation – with grace. 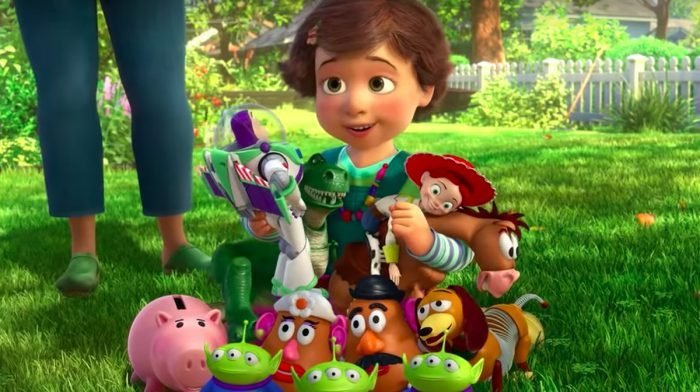 The opening sequence, with Woody and Buzz fighting off the Evil Dr. Porkchop (a.k.a. Ham) set in Andy’s imagination, pays tribute to Western movies in a fun and stylish manner; the first such moment in a film littered with cinematic winks.

By the time we fast forward to the present day we’ve been reminded of the power of imagination. Andy has thrown his handful of remaining toys into a box and we spend the next 80 or so minutes considering what it means to move into adulthood, and why it wouldn’t hurt for us all to use our imagination a little more than we may currently do.

Every inch of the plot is masterfully woven. We ditch all but the most essential characters, and through doing so we get to spend more time with the core gang, whilst introducing new toys like Ken (masterfully played by an unrecognisable Michael Keaton). 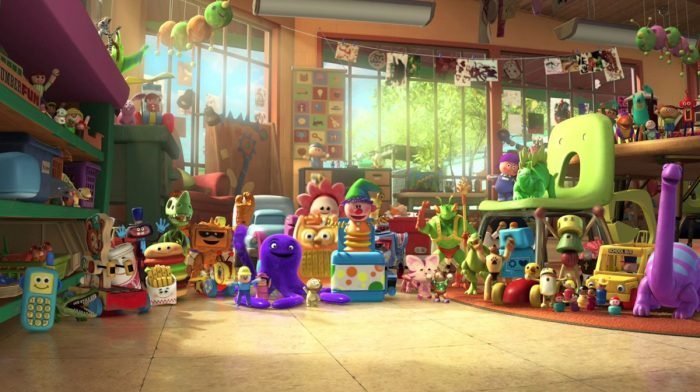 The central duo of Buzz Lightyear and Woody are at their best here.

We get the perfect blend of sophisticated and silly Buzz, an improvement on Toy Story 2 where his story focuses on battling with the ‘evil’ version, whilst Toy Story 4 sees the tragic flanderisation of the spaceman.

Allen’s performance often gets overlooked in the incredible cast that bring the world of Toy Story to life, but the films would be completely different without his distinctive tone. 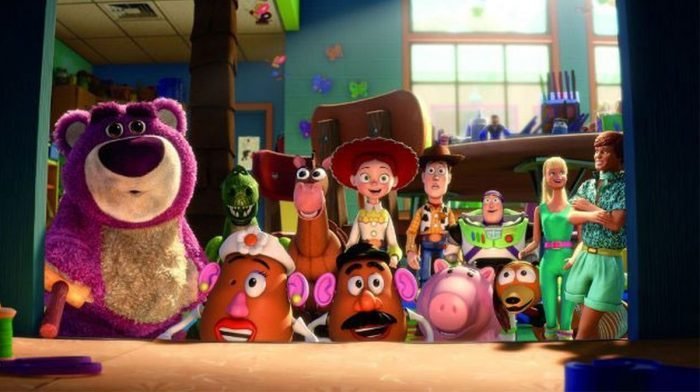 Woody, once again separated from the gang, gets a great personal arc. The way Toy Story 3 tackles moving on, growing up and owning your purpose is only as emotional as it is because of Woody’s character development.

As he finally reaches an understanding of Andy’s transformation from boy to man in the film’s closing moments, who else could have delivered the line “so long, partner,” quite so beautifully but Tom Hanks?

Toy Story 3 offers the first view of the formula Disney would go on to use in the Star Wars sequel trilogy; characters beloved by children coping with the same challenges as the viewer, growing up and moving on.

The 11 year gap helps Pixar leverage our pre-existing emotional connection to the gang, and create some of the most viscerally powerful scenes in popular movie history. 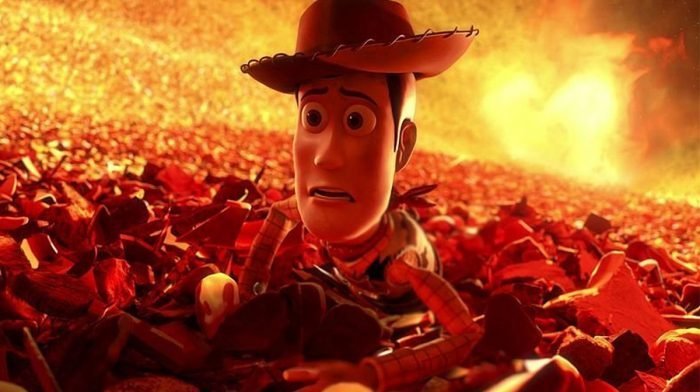 Whilst we know from precedent that everything will be okay in the end, the film does not skimp on scary moments.

You can see Unkrich’s horror obsession throughout; the director’s favourite film is The Shining, and he even helped create the documentary Room 237.

Whether it’s the slow crush of the garbage truck fake-out in the opening ten minutes, where Unkrich holds the shot for a couple seconds longer than most Pixar directors would, or The Exorcist style head-spin from the terrifying Big Baby, the film is filled with genuinely freaky moments. 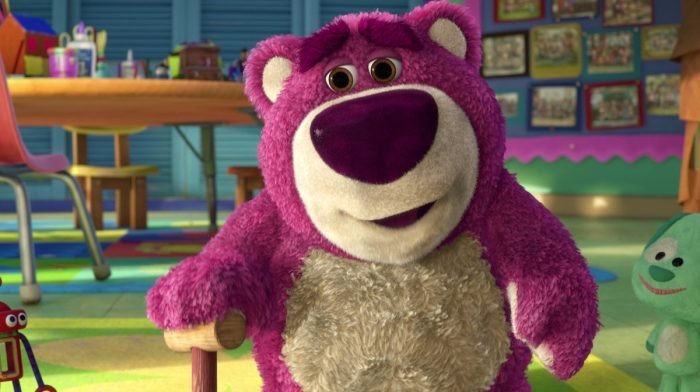 Toy Story 3 is the only film in the franchise to have a team of true villains. Lotso, Big Baby and the terrifying nightwatchman, The Monkey, radiate a real sense of peril, and help to cement this entry as the prison break movie that it is.

Borderline too scary for kids, I’d argue the film as a whole is the only Pixar movie that plays better to adults than children.

From the start, the film is shot with a melancholy that is better suited to an older audience. There’s plenty of slapstick, but it’s always undercut with a sense of dread. 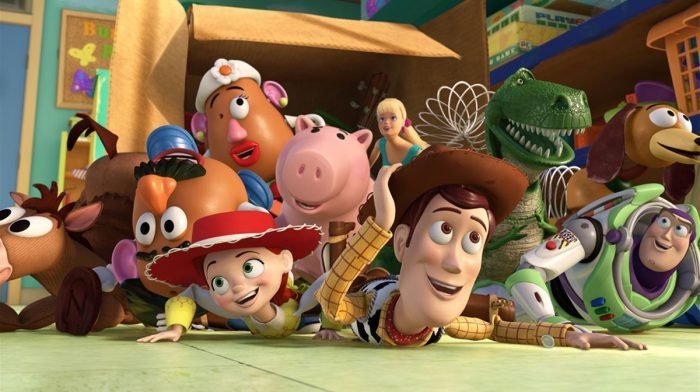 Surprisingly, the villains don’t turn it around at the end. Just when Lotso is set to make the right choice, and help our protagonists, he turns away, unrepentant in his evil.

Casting the lovable looking bear in this light is a strong move from Pixar: one of their only truly unredeemable villains.

It’s especially powerful as it comes after we learn his tear-jerking backstory, and the audience is left with the harsh lesson that some people cannot be helped. 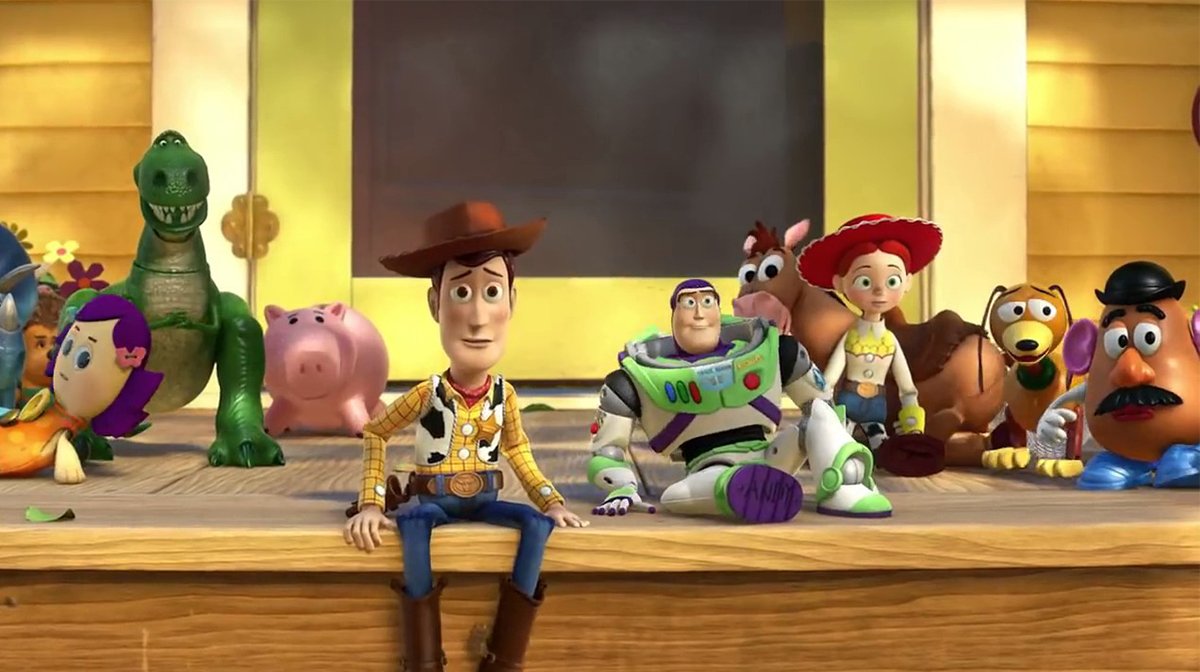 The physical peril is followed up by a greater terror: genuine emotional development. The idea that these characters are moving on is so affecting because we’ve spent the previous two films with them.

Whilst Up contains a crushing opening montage, Coco a beautifully sweet climax and Inside Out the heart-breaking demise of Bing Bong, Toy Story 3 is the only film that ends on such a bittersweet note – and with such a long relationship formed between character and audience, it is impossible not to cry.

This climax is the part that nests itself in our subconscious. Toy Story 3 will always bring up memories of the trash compactor – and of the heartbreaking goodbye scene. And for that, it is the greatest film to come from the studio.