It took ten years, but Natasha Romanoff is finally getting what she deserves.

In May 2020, the Marvel Cinematic Universe (MCU) will finally deliver a solo film headlined by Scarlett Johansson; Black Widow.

Spinning the resilient super-spy off into her own film has been on the cards ever since the character’s debut in Iron Man 2 in May 2010, where she was an instant hit with fans.

Black Widow is a capable, vicious hero in her own right, and while the franchise has capitalised on her sex-appeal a little too much, giving the morally ambiguous spy her own adventure proves the MCU is willing to move on from its past mistakes. Even if it’s a little late given her fate in Avengers: Endgame… 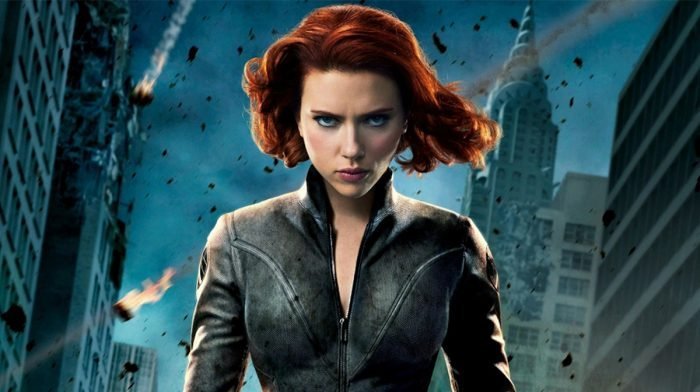 Let’s immediately get the Endgame elephant out of the way; no, Black Widow isn’t resurrecting Natasha after her sacrifice to get the Soul Stone. It’s set in between the ending of Captain America: Civil War and Avengers: Infinity War.

The film will pick up when Natasha goes on the run from the government for siding with Steve Rogers in the debate over the Sokovia Accords.

It’ll see Natasha forced to confront her past while operating alone, which leads the MCU to passing the Black Widow mantle on to a new superspy; Yelena Belova. 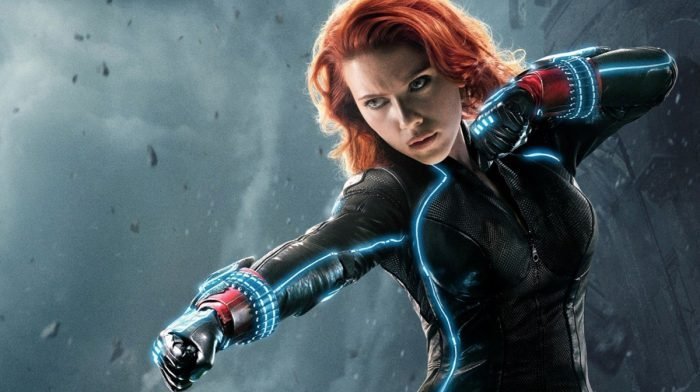 Belova was the second Black Widow in the comics, and is being played by Midsommar’s leading lady, Florence Pugh. She’s another student from the training facility where Natasha was raised, the Red Room.

But it turns out that the pair won’t be the only Black Widows in the film. Rachel Weisz is playing Melina Vostokoff, a seasoned Black Widow who later took the name Iron Maiden.

In an interview with Comicbook, Weisz mentioned that her costume is exciting, but refused to reveal anything more about it, which led many to think that Melina will actually become Taskmaster.

Given that the MCU has masterfully adapted and changed the source material where it needs to in order for the series to flow a little easier, it wouldn’t be surprising if they swapped Taskmaster’s gender to give Black Widow a personal connection to the villain. 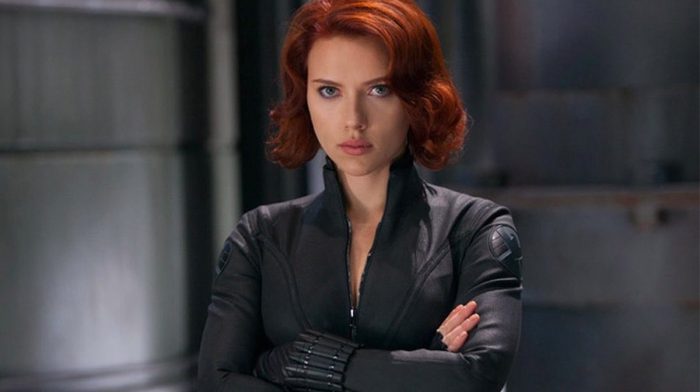 But who is Taskmaster? Well he’s a mercenary that wears a skull mask under a white hood, while wielding a shield and a wide variety of weapons.

The most intriguing aspect of the villain is his ability to instantly learn his opponent’s fighting style, meaning he can anticipate their every move. Whether that’s an actual superpower or just simply a sign of his intellect usually comes down to who’s writing the story.

For the moment, Kevin Feige, director Cate Shortland and Johansson are all staying quiet on Taskmaster’s identity, so expect some kind of dramatic reveal just before the finale of the film. 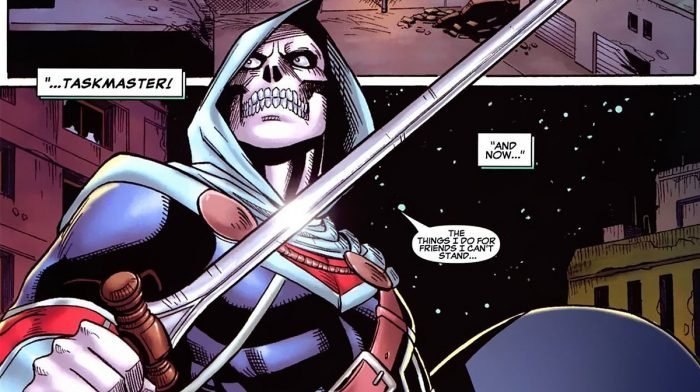 Then there’s David Harbour’s Red Guardian. To put it bluntly, he’s Russia’s answer to Captain America. But he also has some kind of romantic history with Natasha. They were married at one point in the comics after all. And we know what you’re thinking, could Harbour’s character secretly be Taskmaster?

Well, it’s not impossible – just unlikely. The first artistic poster that debuted at San Diego Comic-Con showed off a brief glimpse at Harbour’s Red Guardian, complete with his red mask and a great big bushy beard.

From what we’ve seen of Taskmaster, the villain’s mask is quite form-fitting, not really leaving much room for Harbour’s glorious facial hair. It’s not impossible that the Stranger Things actor is playing two roles, but we prefer the Weisz theory. 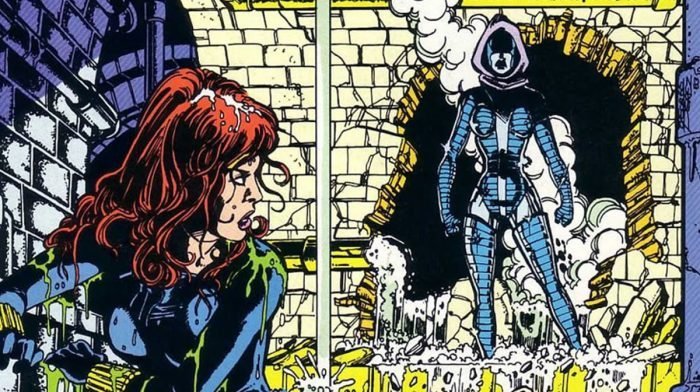 Recently, news surfaced online that Robert Downey Jr. would be appearing in Black Widow, causing some negative reactions given that Tony Stark only just sacrificed himself for the MCU in this year’s Avengers: Endgame.

Can the MCU survive in the real world without Iron Man? Of course it can – just look at the success of Black Panther and Captain Marvel. But Downey Jr.’s role in the film actually comes from Captain America: Civil War.

The footage presented at the San Diego Comic-Con panel showed off the ending where Tony tells Nat ‘they’re coming for you’, so it’s likely they just reused footage or a deleted scene, rather than brand new content. 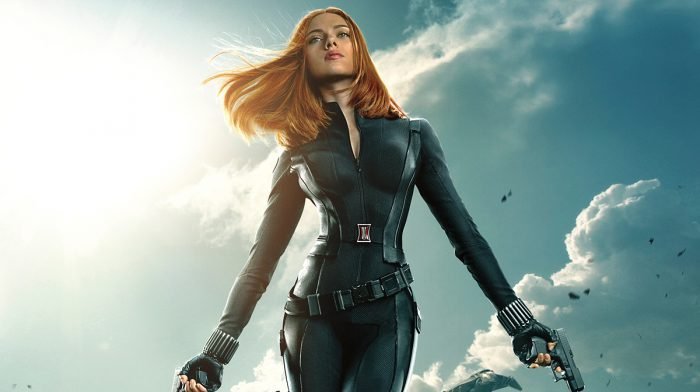 Another character returning from Civil War is General Thaddeus Ross, played by William Hurt. While filming on Black Widow has already wrapped, Hurt was recently spotted filming a new scene, leading many to speculate that he’ll appear during the post-credits scene.

Fans will remember Ross was the one hunting Bruce Banner during The Incredible Hulk, whereas comic readers will also know him as the Red Hulk.

In the 2012 Thunderbolts series, General Ross starts his own government sanctioned team of villains, Suicide Squad-style.

Perhaps Ross approaches Taskmaster or Yelena Belova to join his Thunderbolt initiative, since the villain was on the team during Mark Millar’s Civil War storyline comics. It would be an interesting parallel to Nick Fury trying to recruit Tony at the end of 2008’s Iron Man. 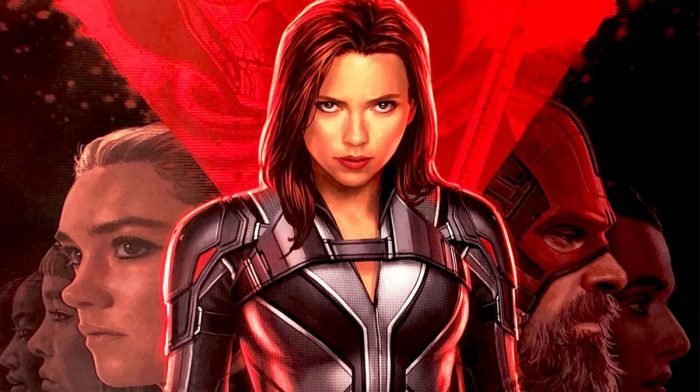 There’s no mention whether Jeremy Renner’s Hawkeye will show up in Black Widow, but fans are still dying to know more about their adventure in Budapest, since it’s been mentioned a few times in the MCU.

But perhaps it’s better to leave that as a mystery, leaving it to the audience to create their own answer to that question – after all, this is Natasha’s time to shine.

She’s on the run from the government, fighting multiple Black Widows, taking on Taskmaster and passing the mantle onto Yelena Belova… She’s got enough to deal with, and we can’t wait to see her finally get to revel in the spotlight.

Black Widow will arrive in UK cinemas 1st May 2020.