There has never been a better time to be into board games. With the tabletop-gaming industry going through a huge resurgence, there is a wider variety of games than ever before. A higher level of quality too, both in terms of how impressive they look on the table, and how enjoyable they are to play.

The good news is, the days of begrudgingly playing Monopoly with your folks over Christmas (creating a high likelihood of a family row) are over. There is a whole other world out there, filled with engaging, smartly strategic games of varying levels of complexity, many of which are calibrated by their designers to emphasise fun over frustration.

And the bad news? With so many new board games coming out every week, it’s hard to know where to start.

Which is where we come in. If you’re looking for something great to play this Christmas, this is the best place to start: 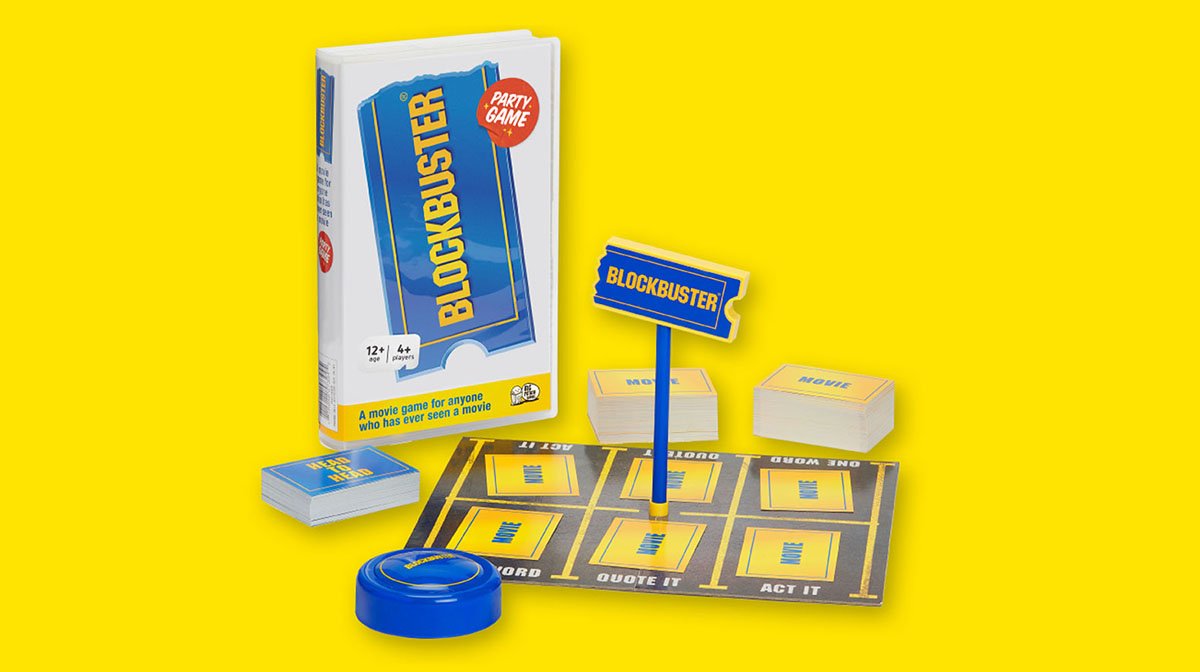 Definitely one for any movie-loving, nostalgia-prone Generation X-ers out there. This party quiz game is inspired by the ’90s movie-rental giant Blockbuster, with the components even coming in an old-school VHS case.

This involves a lot of against-the-clock guesswork, and a bit of charades too, as your team has to guess three movies from a single mimed action, a single quote, and a single word.

It’s huge fun, and there’s even a little bit of strategy added: if you collect three or more cards of the same genre, you can trade those in and steal one from your opponents’ set. Shop now. 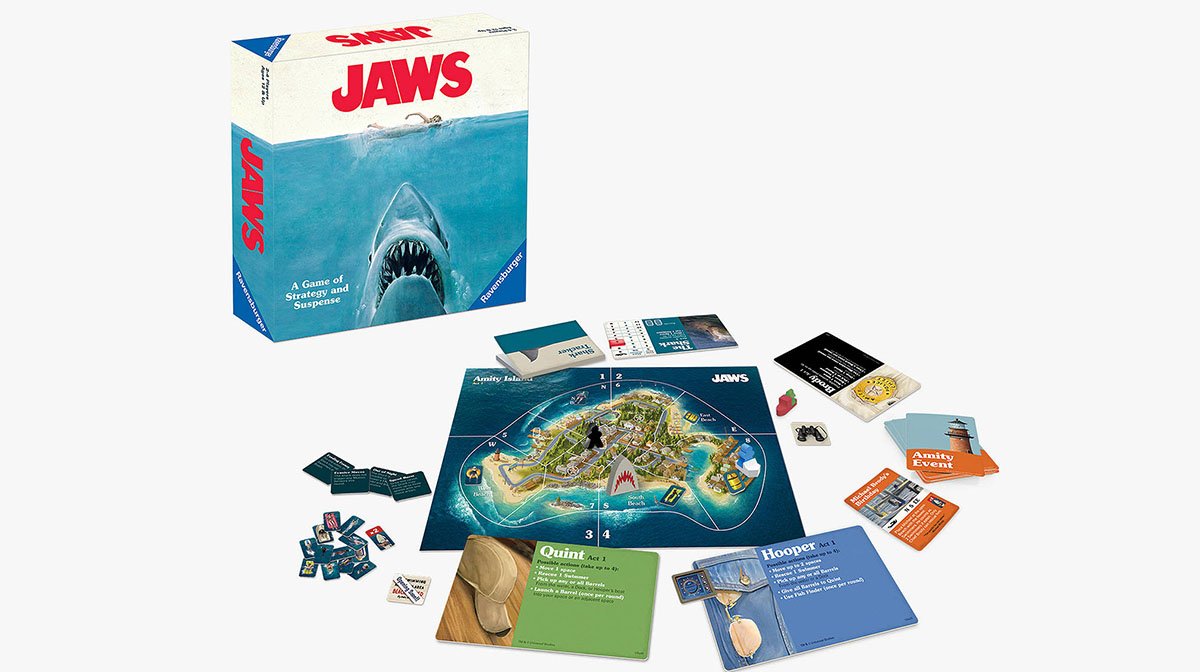 This is a double treat for any Bruce the Shark fan, because it’s actually two games in one. Reflecting the movie’s transition from thriller to adventure, you start the game on a Great White-stalked Amity Island, then flip the board to reveal shark-hunting boat the Orca for some climactic man-on-fish action.

One player controls the shark, which is out to eat the most swimmers and evade detection via hidden movement, then either kill all the crew or chomp the Orca to bits.

The other players take the roles of Quint, Hooper and Brody, working together to neutralise the fishy threat. Both halves of the game play really well, staying faithful to the movie without being beholden to its plot. After all, here the shark can win… 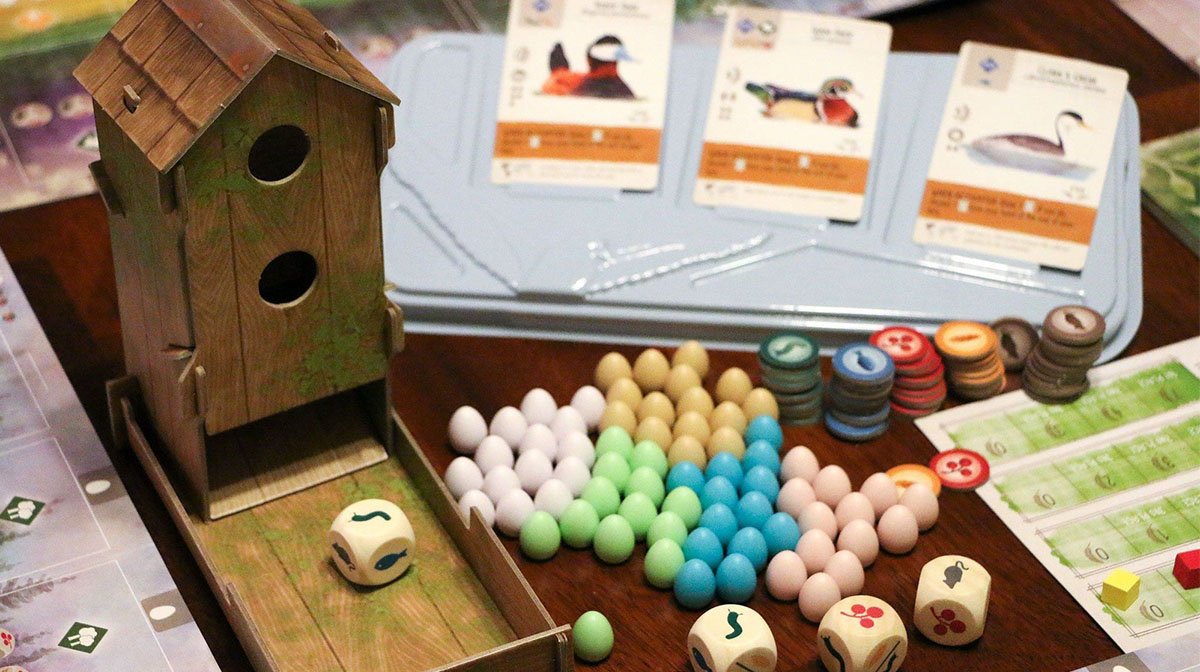 This award winning bird-collecting card game was the big hit of the year in the hobby board-gaming world. It is a true beauty too, featuring 170 unique cards, each depicting a different, real bird, not to mention a nifty bird-feeder dice tower and dozens of delicious-looking miniature eggs.

Each player has their own habitat, which they must populate with bird cards, attracting them by managing food resources and scoring points for a variety of things: how many eggs they lay for example, or how many birds they have in a particular habitat (forest, grassland or wetland).

It is a gentle game, all about building your own habitat rather than ruining anyone else’s, but still deeply engrossing. 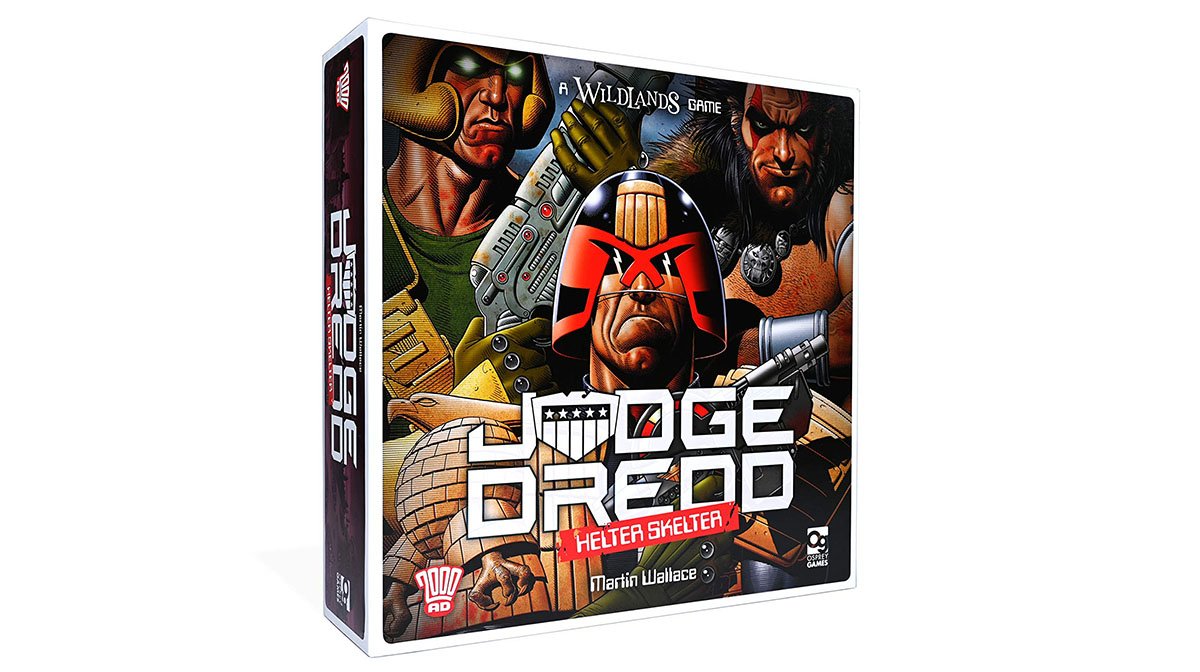 If you were ever (or still are) a reader of cult British sci-fi comic 2000 AD, then you can finally find out who’d win in a fight between Judge Dredd, Slaine, Strontium Dog and Nikolai Dante.

Helter Skelter is a slick, simple but effective quick-play skirmish game in which Mega-City One is hit by a spate of inter-dimensional rifts, allowing for a mash-up clash between four factions from 2000 AD’s various strips.

It’s hard to decide what’s more impressive: the detailed, ink-washed miniatures, or the way that every action is determined by strategic card play, without a single die in sight. 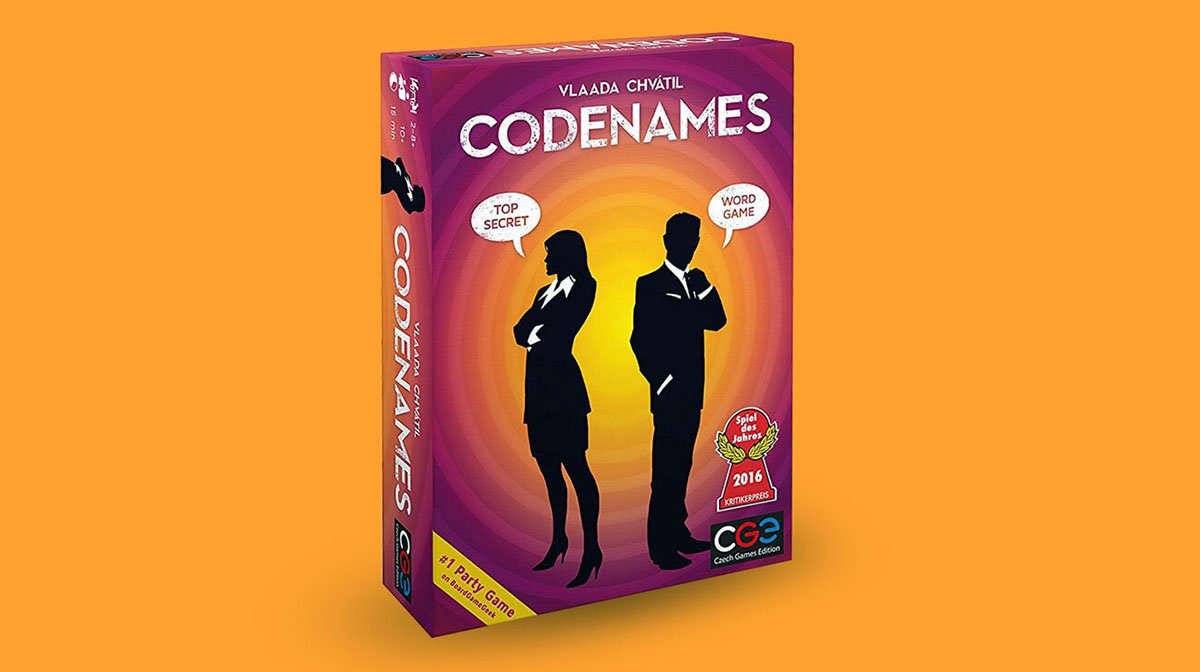 Arguably the king of all modern party games, sure to rescue a dreary Boxing Day afternoon and likely to demand encores. Players split into two teams, each with a Spymaster who knows the secret location of all their secret agents in the field, represented by a grid of Codename cards.

Based on a single word-association clue, the rest of their team have to successfully guess which words on this grid are the ones they have to pick.

But here’s the tricky part: if their team incorrectly guesses a word that represents the other team’s agent, they lose a point to their opponents. 4

Even worse: one word is the dreaded assassin, who’ll cost you the game in one fell swoop. It’s tense, it’s exciting and it’ll really make you think. 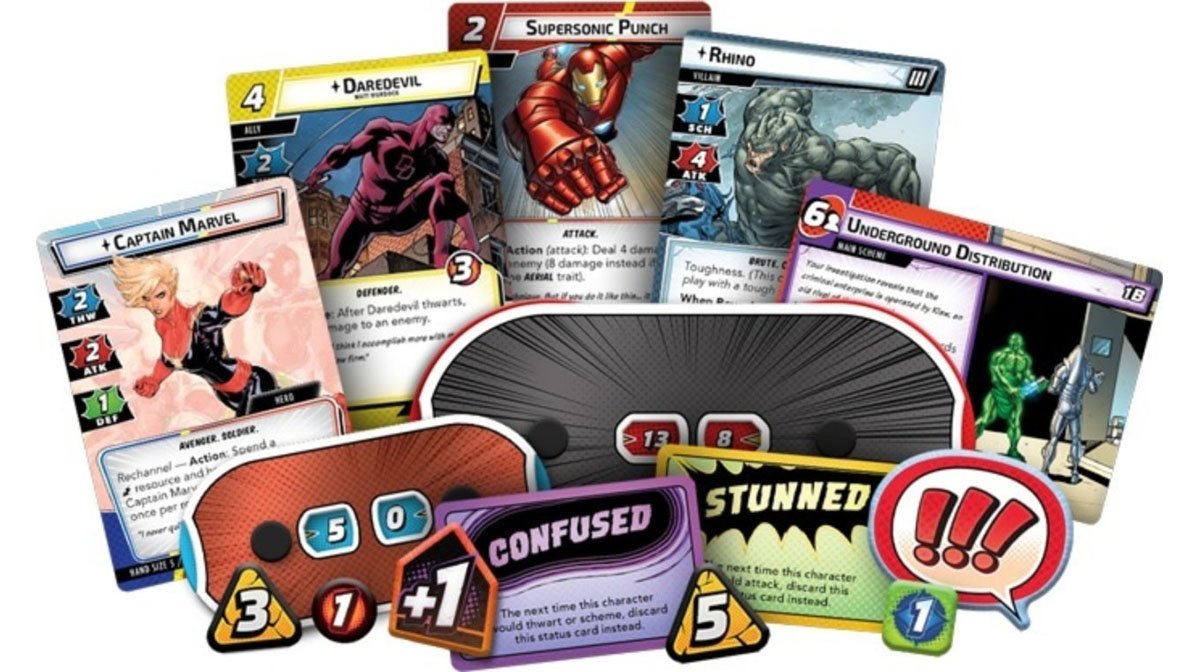 A recent release that’s proven a fast favourite with Marvel and gaming fans alike. Drawing from the comicbooks rather than the movies, it brings all the players together as a cooperative super-team, combining their power, set to face a variety of villains and their pesky minions.

Each hero (including Iron Man, Captain Marvel, She-Hulk and Daredevil) has their own deck of cards, representing their abilities, which they play to whittle down their foe. But rather neatly, they can switch between their heroic identity and their alter ego for different abilities, adding an additional tactical layer.

As a ‘Living Card Game”’ it contains everything you need to play in the box, but further heroes and scenarios can be added to keep it evolving. 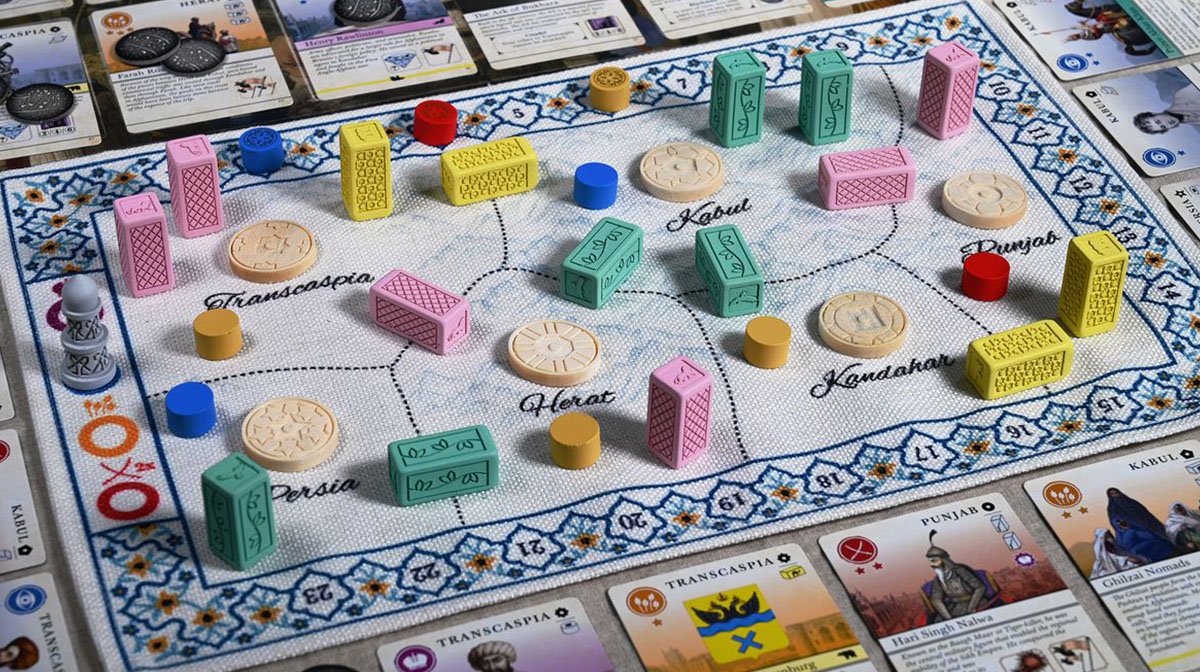 Not only is this one of the most strategically challenging games of the year, it’s also one of the best looking. Set during the ‘Great Game’ between the Russian and British Empires in 19th century Afghanistan, it comes with a gorgeous cloth board, exquisitely rendered resin pieces, and cards replete with impressive artwork.

And though its strategies are deep, rewarding the most thoughtful and clear-headed players, it’s based on a relatively simple core set of rules, which involve buying cards from a market and playing them into your own ‘court’ to activate their powers.

Interestingly, victory is not so much about conquest as how well you curry favour with the game’s three main factions (Russia, Britain and the Afghan tribes) — and you can switch sides at any time, potentially making for some truly dramatic (and sneaky) wins. 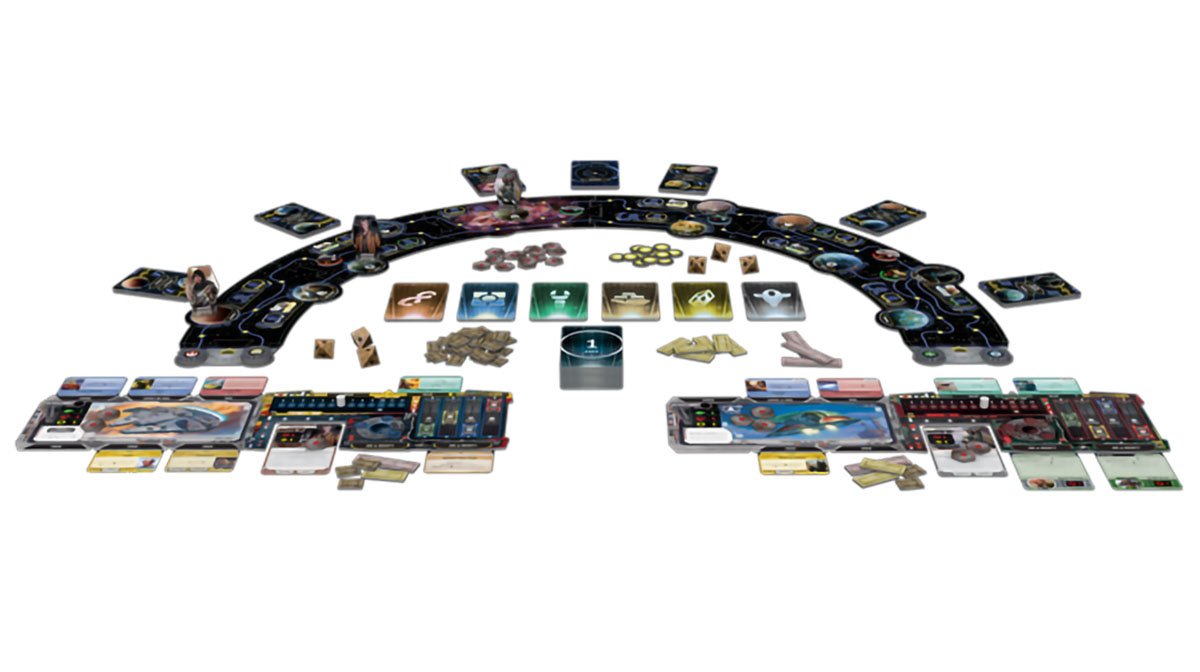 There are plenty of Star Wars-based board games and card games out there. But this latest release has a particular appeal: it’s all about the scum-and-villainy side of the galaxy.

You can play as a scoundrel like Han Solo, or a bounty hunter like Bossk, or (YES!) Boba Fett, competing to gain the most notoriety by taking missions in the galaxy’s least reputable sector, travelling around various planets and facing encounters on the neat, arc-shaped board.

It makes for a great sandbox experience, where you can ignore the canon and progress your character however you like. 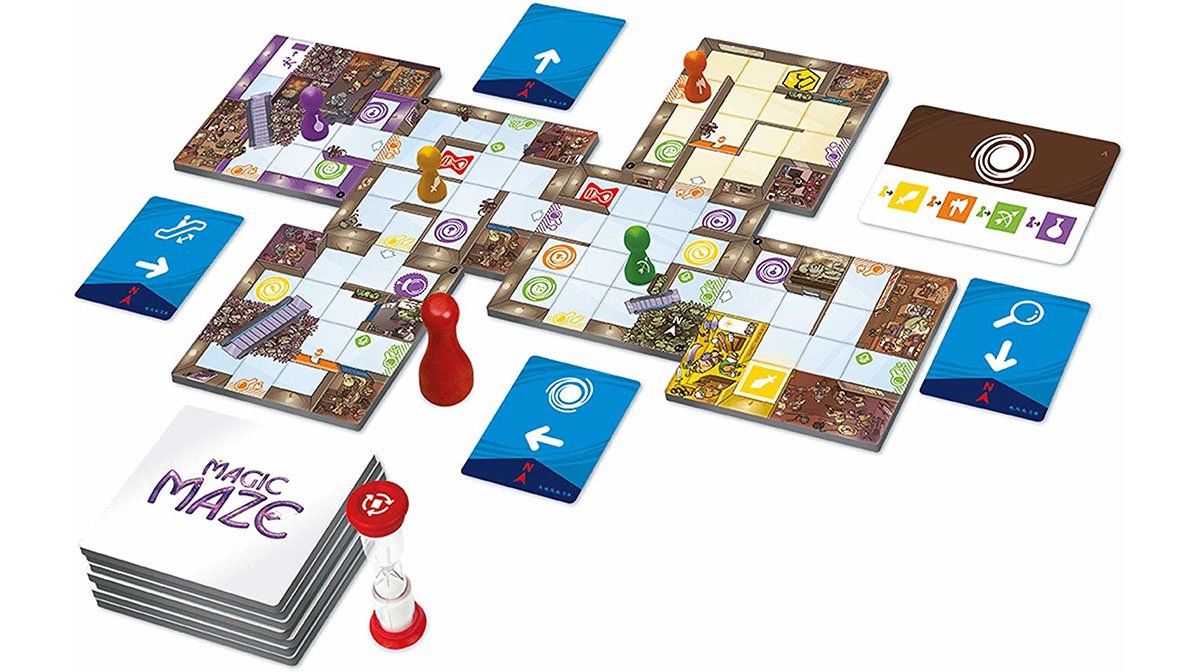 Many games are about thoughtfully developing your strategies in a cool-headed manner. Not Magic Maze. In fact, there’s not a lot of games like Magic Maze out there. It’s nuts.

Players must cooperate to run around a fantasy-themed shopping mall, steal an item from a store for each character, then escape, all before the sand timer runs out.

Each player doesn’t control their own character, however. They only have access to a specific action, such as ‘move right’ or ‘use escalator’, and can move any of the characters to help them achieve their goal in combination with the other players’ actions, with no set turn order.

But to make things even tougher, nobody is allowed to speak during play. Which all makes for the quietest yet most intense frantic board-game experience you’ll ever have. Shop now. 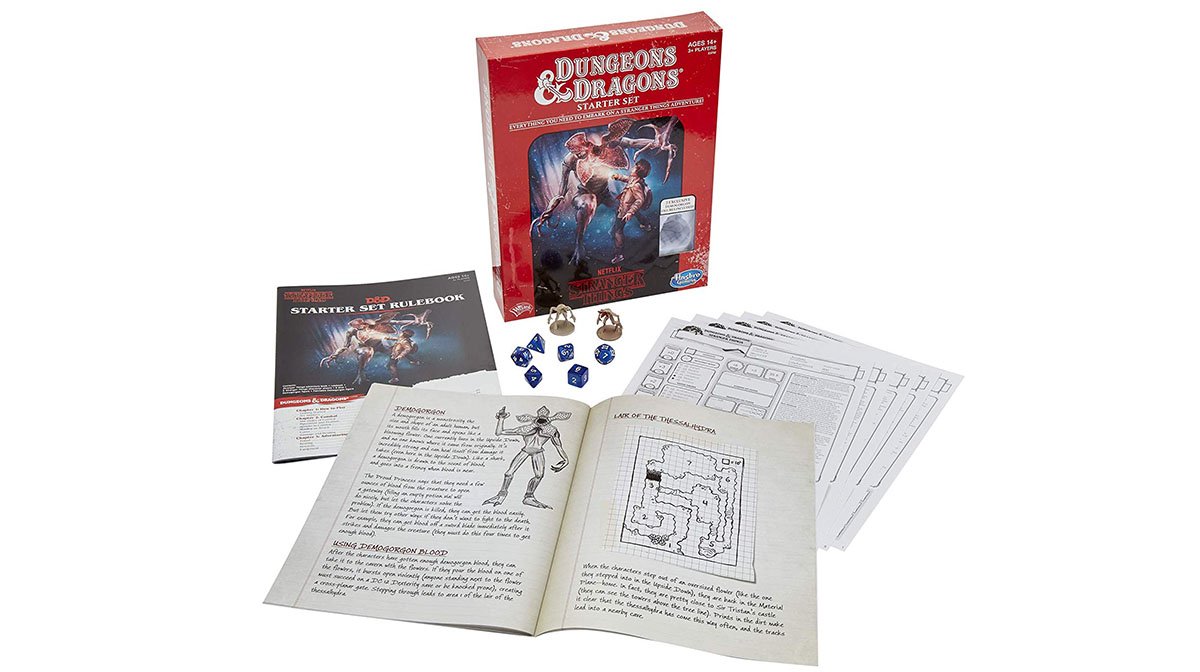 D&D is an all-time classic. Arguably the greatest game ever made. Not strictly a board game, it casts one player as the Dungeon Master, who controls (and/or creates) a fantasy world, and sets the adventure for all the other players, who each create and control their own, unique characters, mostly within a shared theatre of the mind.

With an all-new, highly accessible edition published in 2014, D&D is making a bit of a comeback, with considerable help from the kids from ’80s throwback Netflix hit Stranger Things.

Hence this novelty-value Stranger Things Edition, which both recreates the scenario played by Mike and friends in the show’s first episode, and also acts as a neat gateway to the game for new players. It also, importantly, comes with Demogorgon figures. Shop now.