After years of speculation and rumours, Margot Robbie’s Harley Quinn is back on the big screen – and she has brought some new friends along for the ride.

Based on DC Comics’ characters and storylines, the new film brings the Joker’s now-former flame into cahoots with the Birds of Prey, the all-female superhero team first created in 1996 and featured in countless comicbooks, mini-series and TV shows in the years since their inception.

But just who is in this team? Well, we have you covered. Here’s who’s who in the new flock. 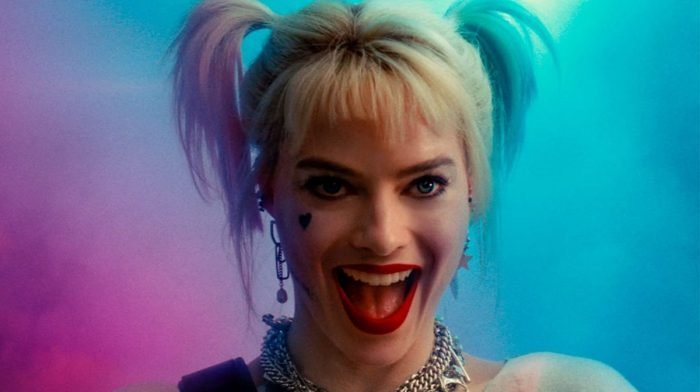 A former psychiatrist, Dr. Harleen Quinzel was working at Gotham’s Arkham Asylum, the home of many of Batman’s foes and rogue gallery, when she met The Joker, and as their relationship developed and the Clown Prince of Crime’s hold on her became stronger, she became Harley Quinn.

Created by famed Batman writers Paul Dini and Bruce Timm, she made her first appearance in the legendary Batman: The Animated Series and such was her impact that she became a permanent fixture in comics such as Gotham City Sirens, The New 52 and the DC Black Label series.

Her costume has transformed over time, beginning with her trademark black and red jester outfit, moving into the blonde dip-dye hair, jacket and sorts as Robbie made her debut in 2016’s Suicide Squad.

Most recently, a new animated show featuring Kaley Cuoco as Quinn has begun on DC Universe, and been met with some acclaim. 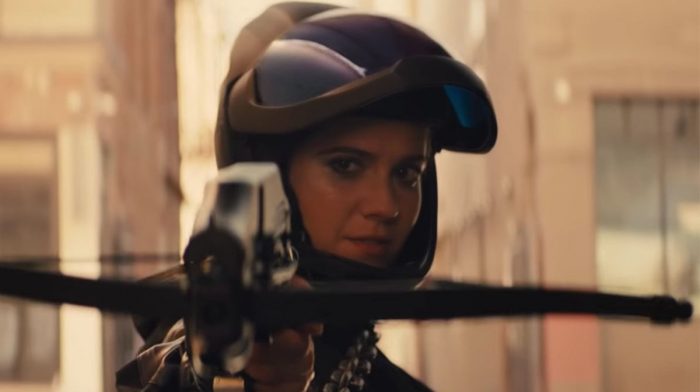 First appearing in her own comic series in 1989, Huntress was the alter ego of Helena Bertinelli, a woman who was born into one of the biggest and most prominent Mafia families in Gotham City.

Suffering from abuse and torture through her younger years, she witnessed the murder of her parents as a teenager, and vows vengeance against the perpetrators.

Over the years, Huntress has had run-ins with Batman and the Justice League through different strands of the comics, and at one point she assumes the moniker of Batgirl to keep Gotham safe after Batman disappears in the No Man’s Land storyline. Later, she would settle as part of the Birds of Prey alongside Oracle and Black Canary.

Mary Elizabeth Winstead (Scott Pilgrim Vs. The World) brings the character to life on the big screen for the first time, after a small screen appearance in The CW’s Arrow television series. 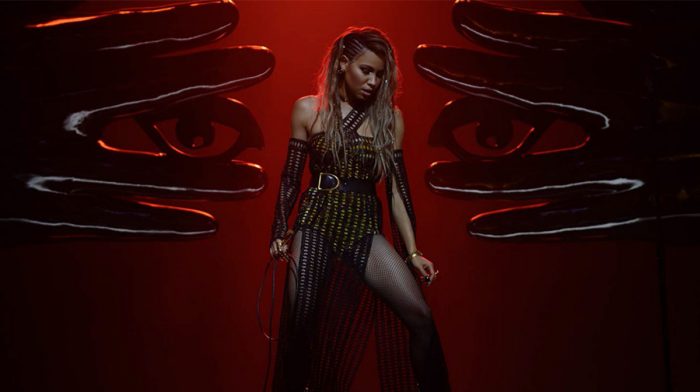 First appearing in the Flash comics in 1947, this character has had two alter-egos through different strands of the comics: Dinah Drake and Dinah Laurel Lance, the latter of which appearing in the legendary Crisis On Infinite Earth’s comicbooks, where her history was slightly revised as part of a change to DC’s continuity.

Later, the character was split in two into a mother and daughter, but it has since reverted back to Dinah Drake as part of the New 52 series.

Known as a trained and potent hand-to-hand combat fighter, she also has superpowers including her famous ‘Canary Cry’.

Out of all the flock, Canary has had the most appearances in live-action form with no less than three outings in the 2000’s TV show Birds of Prey, in Smallville and in Arrow/the Arrowverse, but is brought to life here by Jurnee Smollett-Bell (Underground). 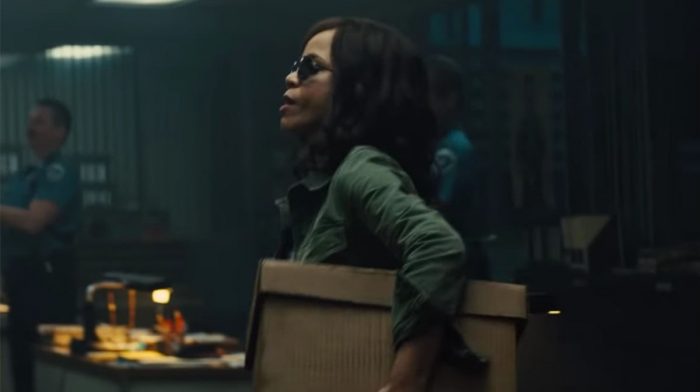 Another legendary character in the DC canon is Detective Renee Montoya, part of the Major Crimes Unit who has countless encounters with The Dark Knight through his recent history.

Like Harley, she made her debut as part of Batman: The Animated Series and was first partnered with Harvey Bullock before Commissioner Gordon promoted her to a homicide detective. At one point in the comics, she worked closely with Harvey Dent/Two-Face and he was besotted with her.

Later, she was portrayed as an alcoholic and found herself in prison at times, as well as having a relationship with Gordon’s fiancee Barbara and Batwoman.

And, like many others, this marks her debut on the big screen portrayed by Rose Perez (White Men Can’t Jump). 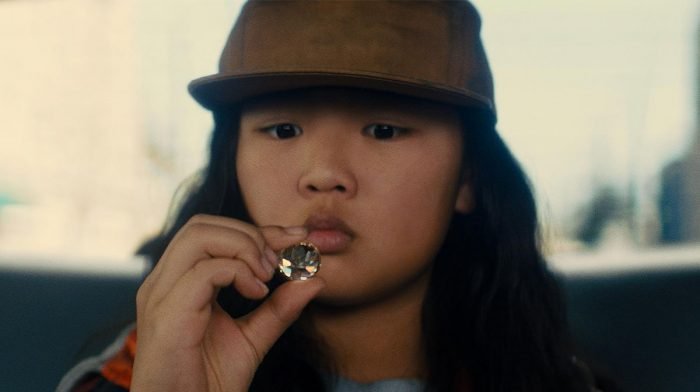 First appearing in 1999, Cassandra Cain was created by Kelley Puckett and Damion Scott, and was one of the many people to take on the guise of Batgirl in the comics.

Born to a pair of assassins – David Cain and Lady Shive – she went through strenuous training and conditioning in her formative years, and became a master of martial arts but, due to being speech deprived during her training, remained mute through most of her adult life.

Over the history of the comics, she has appeared with Batman, Supergirl, Robin, Wonder Woman, and Titan,s and won the approval of Batman after saving Commissioner Gordon’s life in No Man’s Land, which lead her to become Batgirl.

In the film, she is played by Ella Jay Basco (Veep) and while we haven’t been given the full rundown of which version she will be playing, its fair to say some surprises may be in store.

And their foe: Black Mask 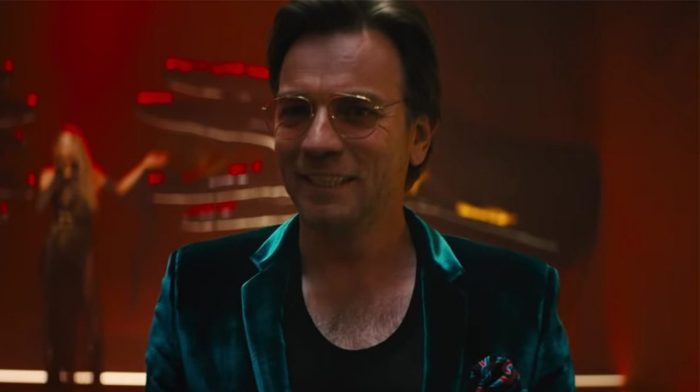 One of the most revered villains in the Batman/DC rogue gallery is Roman Sionis, aka Black Mask, and his first appearance in a big-screen adaptation is something that fans have been waiting desperately for.

Created by Doug Moench and Tom Mandrake, he first appeared in Batman comics in 1985 and became one of the most powerful and ruthless crime lords in Gotham City, not least for the sadistic side that led to him torturing many of his victims, and his fascination with masks, as well as being an expert marksman.

His family was friends with the Waynes until years later he was struck by lightning and was ‘reborn’, fashioning a mask from his father’s casket to become Black Mask.

Like other characters, he has been seen in live-action form before in Fox’s Gotham and was referenced in Justice League, but finally, he has been given his film debut with Ewan McGregor (Doctor Sleep) seemingly reveling in the role from what we have seen so far.

Birds Of Prey (And The Fantabulous Emancipation Of One Harley Quinn) hits UK cinemas 7th February.