Continuing cinema’s recent love affair with the late sixties (Apollo 11, Once Upon a Time in Hollywood), Scary Stories To Tell In The Dark takes place in small-town America, 1968.

High-schooler Stella (Zoe Margaret Colletti) is not having a great time; bullied by jocks and struggling to write a book after her mother leaves home, she takes refuge in hanging out with fellow losers Auggie and Chuck (Gabriel Rush and Austin Zajur).

When the three, accompanied by the put-upon and secretive Ramón (Michael Garza), investigate their town’s legendary derelict house and steal a book written in blood, the creatures of the dark begin stalking them. A new story appears in the book each night, warning of the gruesome ordeal to come. 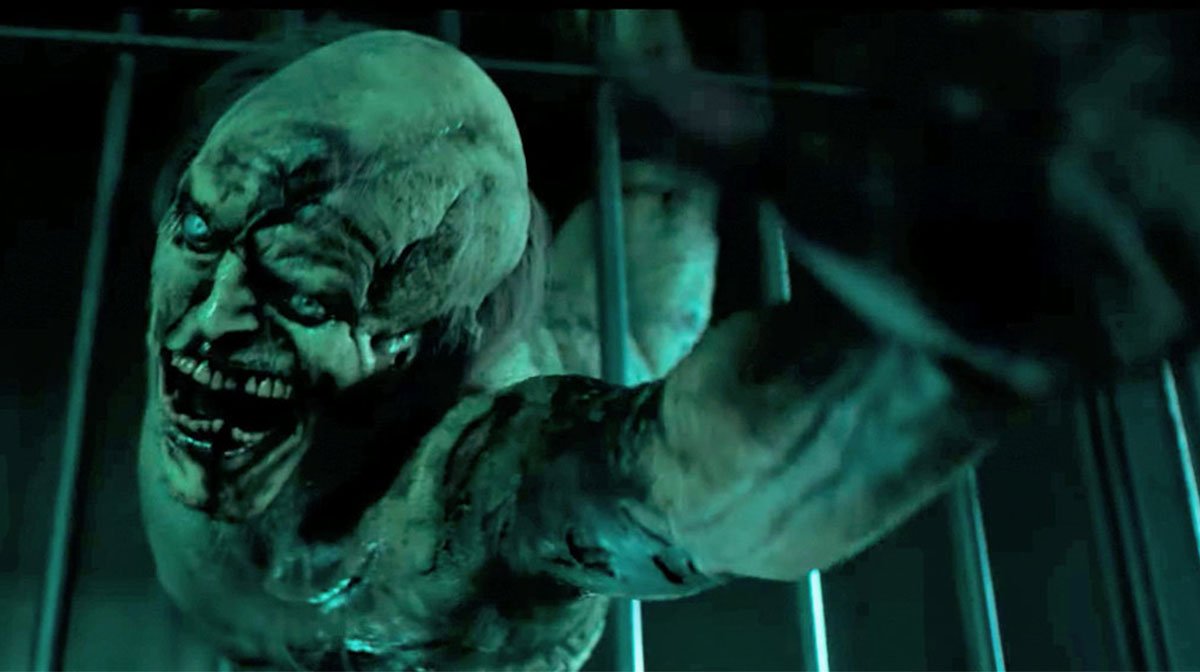 Directed by André Øvredal (helmsman of the exemplary Troll Hunter) and produced by Guillermo Del Toro, the film comes equipped with a love for the repulsive seen in far too few contemporary mainstream horrors.

Wearing its classical heritage on its sleeve (Stella’s room is plastered with posters of Frankenstein and Dracula, and an early set piece involves a drive-in showing of Night of the Living Dead), Scary Stories takes a rare pleasure in showing off its ghouls and grisly creations.

Save for one or two scattered jump scares, the spooks come from actual tangible monsters, in a wonderful respite from the cattle-prod mechanics of the tiresome Conjuring series. 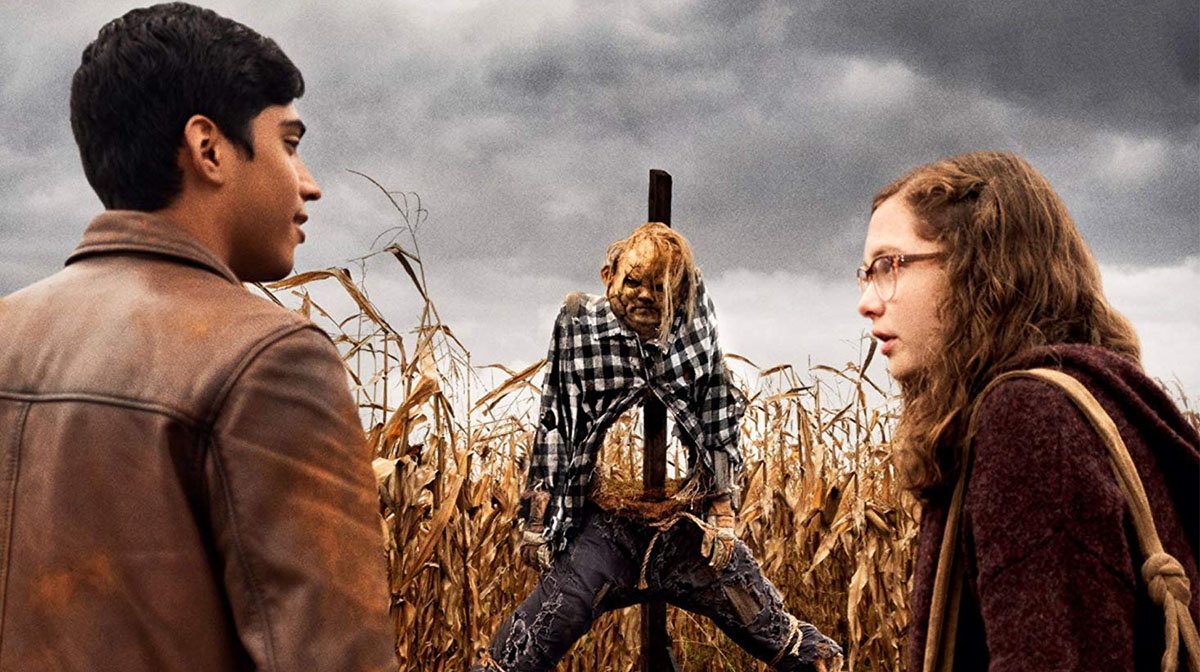 What’s more, each of these demons have a specific purpose and a relation to the individual characters that goes beyond a generic fear of things that go bump in the night.

Ramón is taunted by a creature from a childhood campfire story known as the Jangly Man, Chuck is tormented by a bizarre woman he sees in his nightmares, and his theatre-loving sister Ruth suffers from a grotesque zit.

This inherent connection between the human and the inhuman has Del Toro’s fingerprints all over it, as does the grim physicality of everything from the cobwebs to the squelchy, groaning sound design. 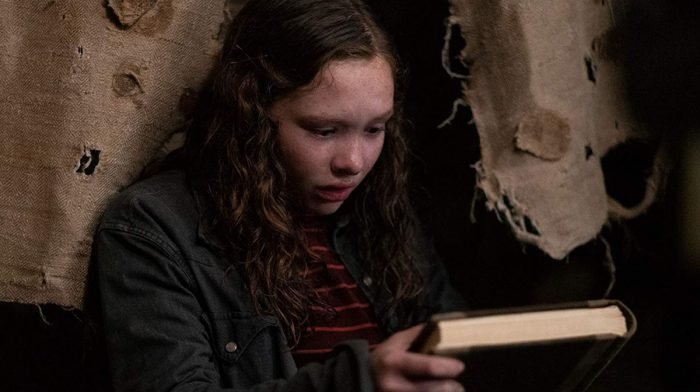 A period time setting is usually the default mode for a horror franchise establishing prequel territory, but here the teenage gang’s very real choice between languishing in their nowhere town or signing up to fight in Vietnam is played to devastating effect. Footage of Nixon’s re-election is front-and-centre during one of the most terrifying sequences.

Like the events of It, there’s a kind of upsetting inevitability to the plot that makes the eventual catharsis surprisingly affecting.

Coletti is a surefire scream queen on-the-rise. We haven’t seen a finer young performer in a horror since Jane Levy’s turn in Evil Dead, carrying with her something of young Hogarth from The Iron Giant, a similarly plucky youngster with a love of poking around forbidden places in the dark.

Her fellow truants are a little lacklustre in comparison, but the real standouts are Garza as Ramón, and Dean Norris as Stella’s sombre father, resigned to his armchair. 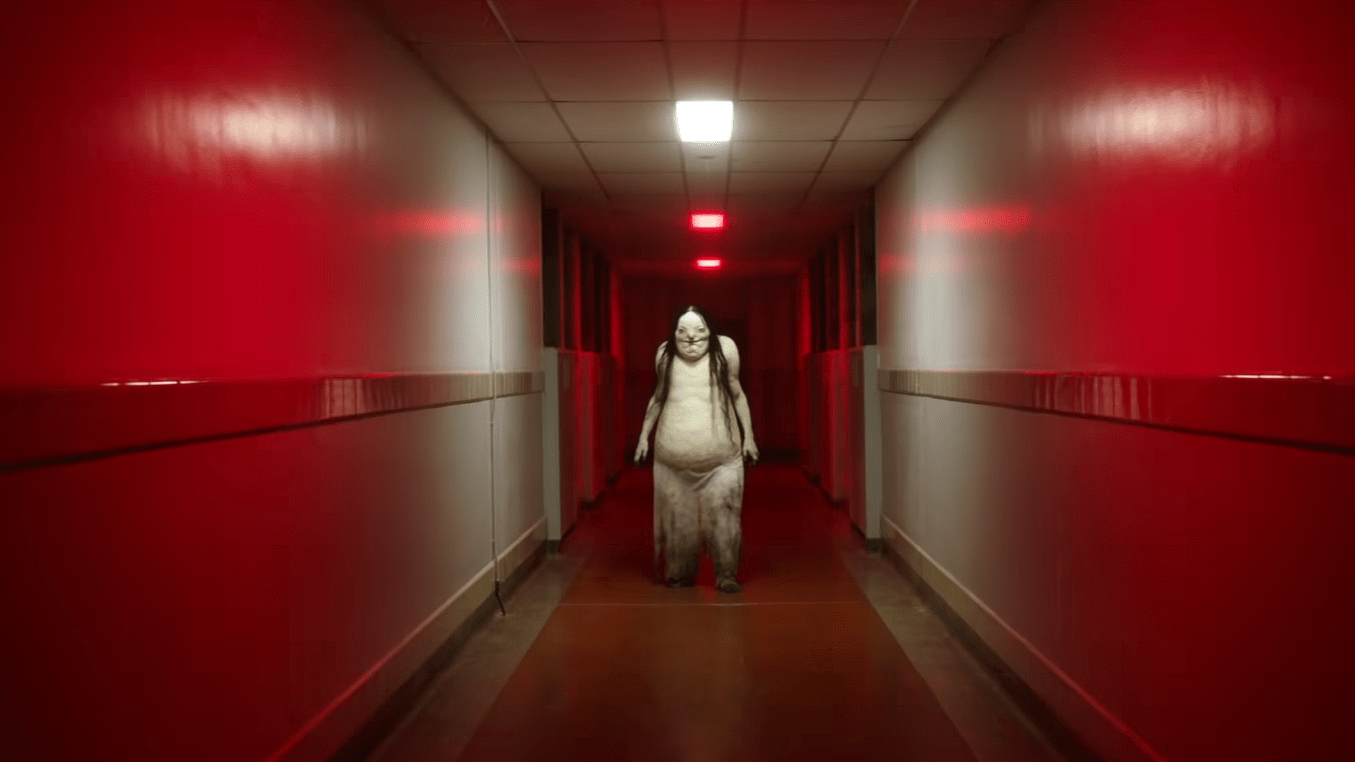 Stella’s home itself is thematically crucial, but thankfully never becomes the centrepiece. It’s refreshing for a film of this kind to make use of more locations (a classic haunted mansion, a police station, the depths of a hospital) than three rooms in the same house.

With these truly frightening set pieces, nippy running time and plethora of new nasties, Scary Stories feels destined to become a future sleepover classic, fuelling the next generation’s nightmares… and their taste for horror.

Scary Stories To Tell In The Dark will be released in UK cinemas 23rd August.

Will you be going to see Scary Stories To Tell In The Dark? Let us know on social media.