Writer and director Kirill Sokolov certainly knows how to make an entrance, with his feature debut Why Don’t You Just Die being unlike any other film you will see this year.

A thrilling story about revenge and a very dysfunctional family, it is offbeat, bloody, funny and very dark, with chaotic cinematography to match the wild tale. The result – a distinctive, exciting and twisted film you won’t forget.

Ahead of its release on Blu-ray, Zavvi chatted to Kirill about the challenges of first time filmmaking, the unique camerawork, and how he went from being a physicist to making movies. 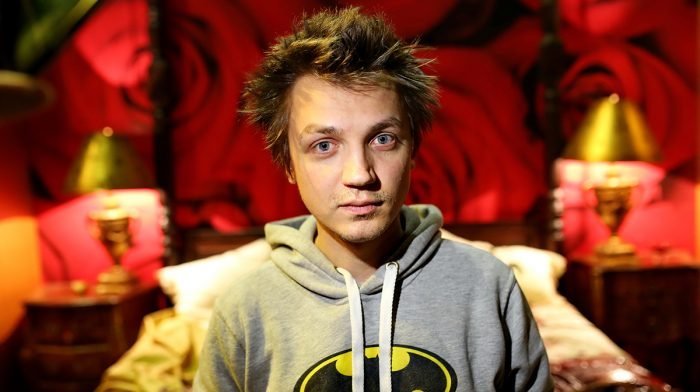 Zavvi: It’s a really fun and wild movie, you never know where it is going next. What was the inspiration behind the story?

Kirill: It started in 2016, at the time of the #MeToo movement, which was also popular in Russia. At the time many of my female friends started to tell their stories about how they were abused, often in childhood by a relative. And you know, when someone close to you tells you that, you start to think about stuff like revenge. And that’s where this story started.

But I also wanted to make a movie that was fun, so this theme went to the background, but it is still in the movie. 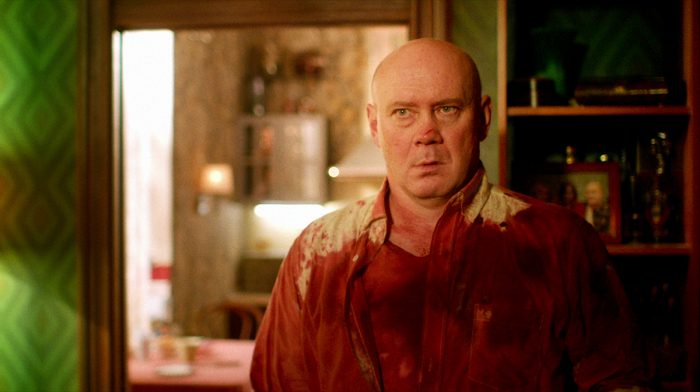 Zavvi: It is still there yes, alongside other social commentary.

Kirill: Yeah, in this movie there’s a lot of social commentary about modern Russia, we have a level of fury in our society, they are ready to blow up, they are ready to fight for these big ideas, including fighting their closest family and friends.

Zavvi: As you said, the film is fun. From the outset, the thing that struck me was the camerawork and cinematography, the use of bright colours and the camera gets thrown around. 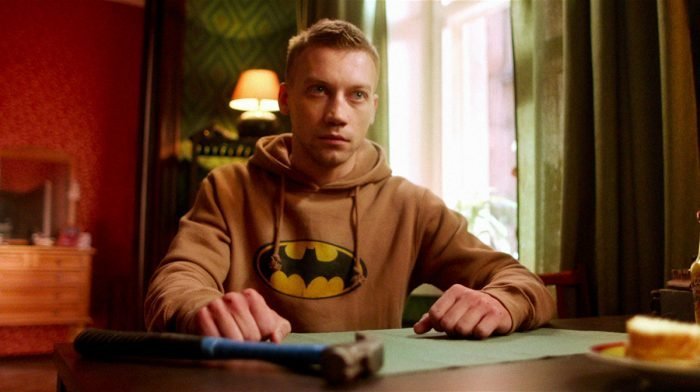 Kirill: I wanted to make it as fun as possible, but we didn’t have a lot of money, so I wrote a story in one location with only a few actors. If you just take the story, it is really depressing and dark, so I needed to think about how to make it funny.

So I got the idea of making an apartment western, which I hadn’t seen before. I drew a storyboard, and it has Western themed scenes, with guns, music etc.

Also with the film being set in one apartment, I had to think about how to keep it interesting, so we looked at the environment from different point of views, which dramatic obstacles we can focus on, how to move the camera in different ways and the editing process, using long cuts or short cuts to make it fresh and new. Each scene was the same location but with a new rhythm, new speed. 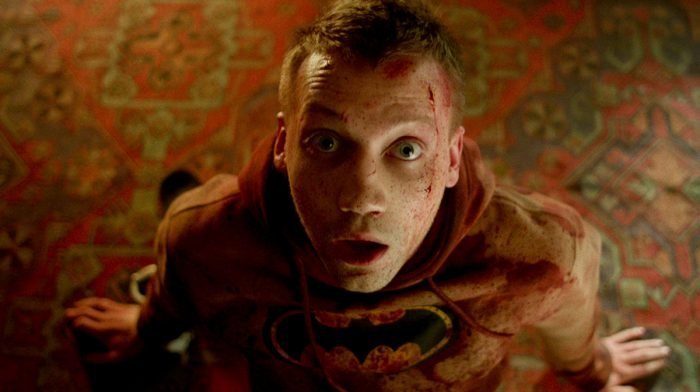 Zavvi: You spoke about the apartment there, which has an interesting design. What was the idea behind this production design?

Kirill: It is a kind of typical Russian apartment, but I am a huge fan of South Korean movies, so I brought inspiration from that into it too. For example, this weird green wallpaper. When building the set we wanted to keep it fun, but also reflect the characters, so this mixture of the colours green and yellow reflects their craziness.

Zavvi: The cast are great, really bring out the cartoonish aspects of their characters. What was the casting process like?

Kirill: It wasn’t very easy, in Russia it’s a weird movie, we don’t have stuff like this. So it was difficult to find actors, especially to play the older characters, who could keep the irony and laugh. It was important to me to make sure it wasn’t too deep, sad or depressing, and in Russia it was hard to find an older actor willing to laugh at himself. 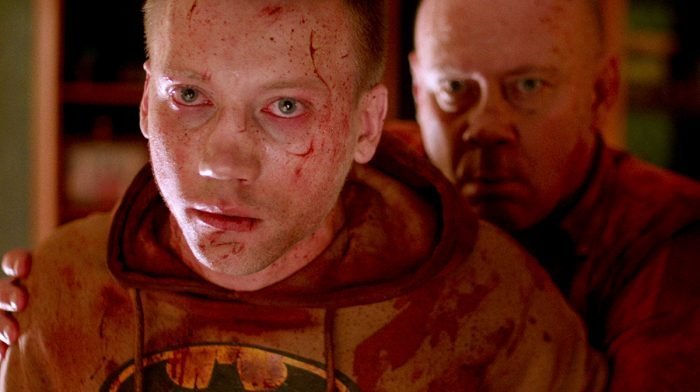 Zavvi: So it is your feature film debut. What was the main challenge in the filmmaking process?

Kirill: Oh, the main challenge was just making the movie, and getting into the film industry. I finished university, I was a physicist actually, and graduated in 2012.

We shot this movie in 2018, so I spent six years just working to get into the industry. It is my fifth full-length script, but the first one which I have finally made. It took a lot of time. 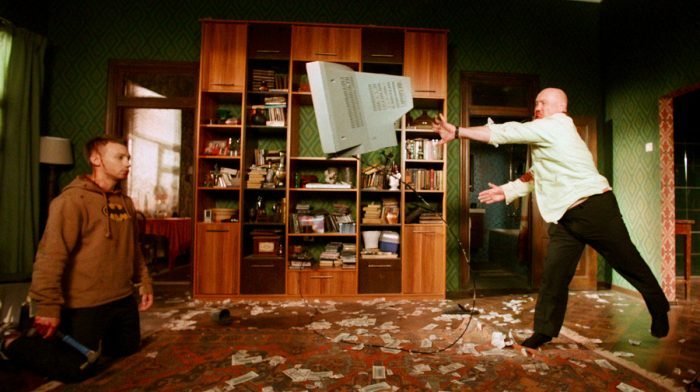 Zavvi: You said there you studied physics, but did you always want to be a filmmaker?

Kirill: For a long time, I didn’t think I could be a filmmaker. I was always a movie fan, but didn’t understand it was possible to make movies by myself. This idea came to me rather late, so when I got it I thought, let’s try. But for a long time, I was just a viewer.

Zavvi: It has done really well on the festival circuit. What is it like showing your film to these audiences, and seeing the positive reaction?

Kirill: It is amazing! The feeling that you made something, then you are seeing people in cinemas reacting to it, laughing, thinking about the story, feeling emotions. It is the best feeling, and inspiring. Once you get that feeling, you can’t stop. 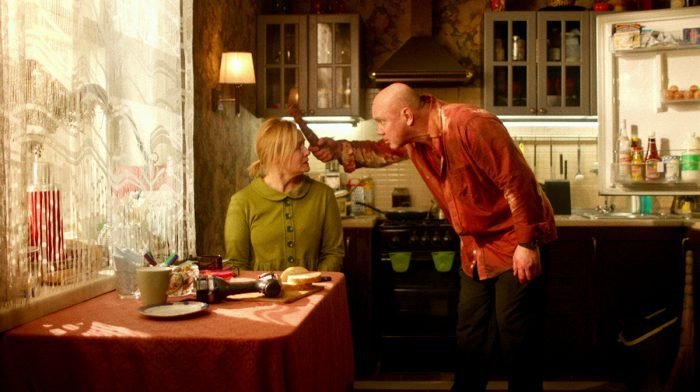 Kirill: I’m working on what I hope to be a funny movie, a chase story about three generations of women from one family facing a struggle, which leads to a huge chase with corrupted cops, shootings, stealing cars and all other stuff. It is an adventure and continues this theme of dysfunctional families.

Zavvi: Well that sounds like a lot of fun, so we look forward to seeing that.

Why Don’t You Just Die will be released on Blu-ray and Digital HD on 20th April.