Gambling is addictive, compulsive. Be it straight up chips in at the casino, quids in at the bookies, or with other, more personal things.

It’s the unscratchable itch that drives you wild, and at the same time it can be the only thing that keeps your pulse above the flat-line.

The Safdie Brothers’ Uncut Gems is the definitive cinematic evocation of what it is to get in too deep, and gamble too hard. 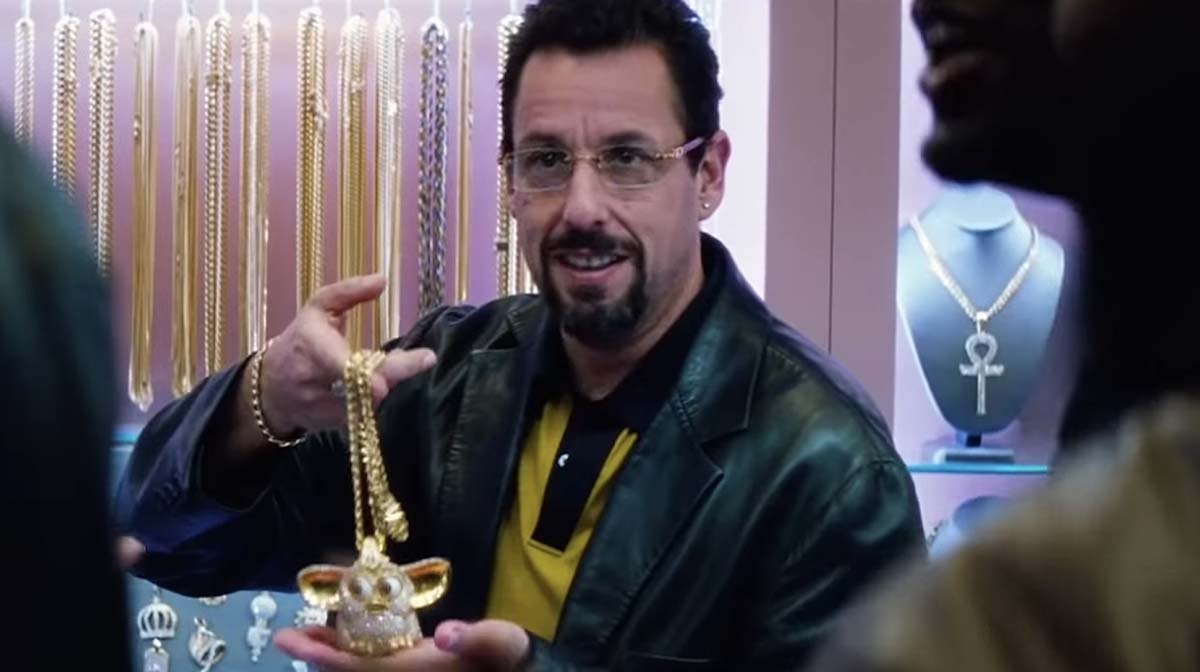 Adam Sandler is simply mesmerising as jewellery dealer Howard Ratner, whose acquisition of an almost mythic opal stone from an Afro-Judean community, which promises a mega payday, leads him down an irreversible and seemingly irresistible path to oblivion.

As Ratner frantically runs up and down New York’s Diamond District, wheeling deals with the rich and famous (Kevin Garnett makes a memorable, vital appearance as himself in the film) and running up debts with increasingly dangerous pawners, his potential winnings get grander, as his potential losses become catastrophic.

Sandler is bone-rattlingly intense in the lead role here, imbuing Ratner with the kind of insatiable appetite for money that drives meek men wild, and wild men to the grave. 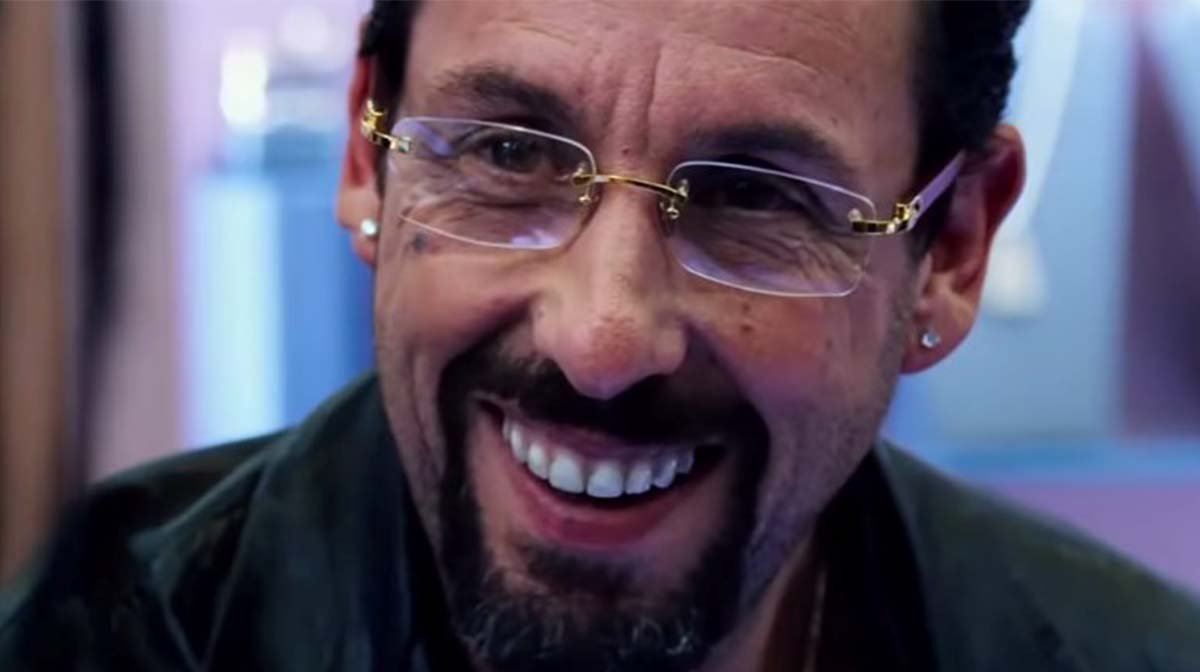 Even though his marriage is falling apart, his relationship with employee/mistress Julia (Julia Fox) is toxic, and his entire livelihood is burning before his eyes, he just cannot help himself from trying to swindle a little more cash out of people, a bigger payout from his gambles.

Running the gamut of emotions whilst never ever dropping the expletive-laden, rage-filled voice of a man on the edge, Sandler’s performance is nothing short of incendiary, and it is a testament to its power that the more loathsome and desperate his antics become, the more perversely we as an audience find ourselves rooting for him to get out alive and win big.

Strong supporting performances from a steely-eyed Idina Menzel, who plays Ratner’s long suffering wife Dinah, and the fantastic Lakeith Stanfield, whose snaky, hustling turn as sideman Demany catalyses Ratner’s complete breakdown, all fuel the Safdies’ neurotic exploration of a man over the edge and living on borrowed time. 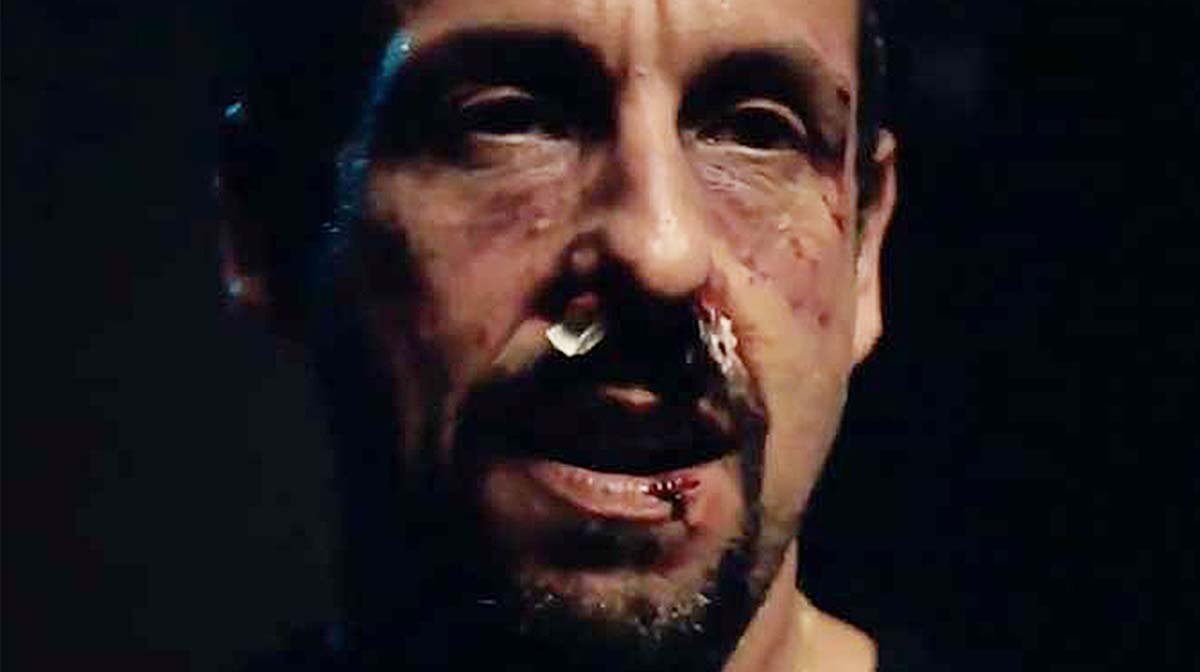 Uncut Gems is just as neurotic on a technical level as it is narratively, with the Safdies taking no half measures in immersing the audience in Ratner’s unbearably intense head-space.

Cacophonous voices never fade and never settle for a moment to allow anybody time to collect their thoughts as characters shout over one another and fight to be heard.

The Safdies’ blistering screenplay does nothing to dissuade this effect. Instead, the brothers play with the audience’s senses through the dialogic overlays, actively seeking to overwhelm them, providing a soundtrack to insanity in the process. 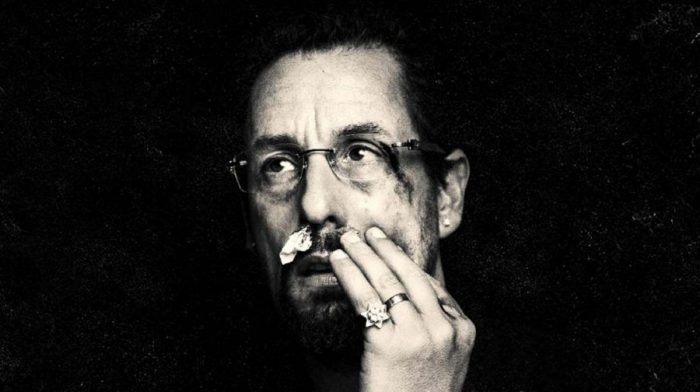 Visually, director of photography Darius Khondji’s camera hounds jewellery dealer Ratner, closing in the walls on him from all sides. Long lens cameras enable compromising close-ups, whilst the quick-cut editing never allows anyone time to breathe or settle.

Khondji stalks Ratner both physically and mentally, like a debt collector collecting on every waking moment of his life.

And beneath it all, composer Daniel Lopatin finds the rhythm of neuroticism and the beat of smothering anxiety in a concrete jungle spectacularly, producing an infectious soundtrack every inch as masterful as the one that accompanied the Safdies’ last outing Good Time. 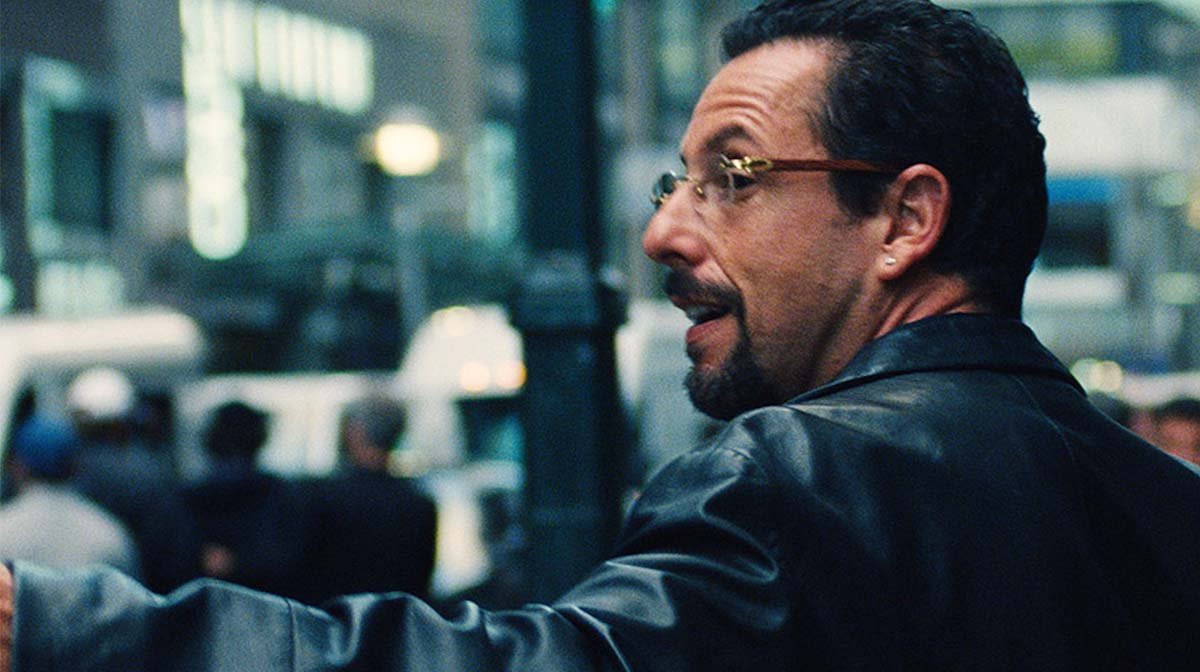 With clinical precision and contemporary invention, the Safdie Brothers are rapidly becoming the most exciting filmmakers in American cinema.

Not only can they maintain intensity and tension for the length of a feature, whilst accounting for moments of comic levity and committing to their characters’ complexities, but their distinctive modern style is both as cool as it gets, and completely in keeping with the pulse of the cultural conversation.

With a career best Sandler performance, and a release right in the peak of award season voting, a bet on Oscar success for the Safdies’ Uncut Gems may just be too hard to resist.

Uncut Gems will open in select UK cinemas and will be available on Netflix in January 2020.