Director Joanna Hogg mines her own experiences as a young filmmaker to create a beautifully considered chamber piece on love, memory, and the artistic voice in The Souvenir.

The film, set in 1980’s Britain, follows Julie (Honor Swinton Byrne), a film student working on her first feature. She begins a relationship with Anthony (Tom Burke), a secretive but somewhat alluring older man who works for the Foreign Office.

They begin to spend more and more time together, and after Anthony moves into Julie’s Knightsbridge flat – clearly owned by her parents (Tilda Swinton and James Spencer Ashworth) – glimmers of his true character begin to appear. 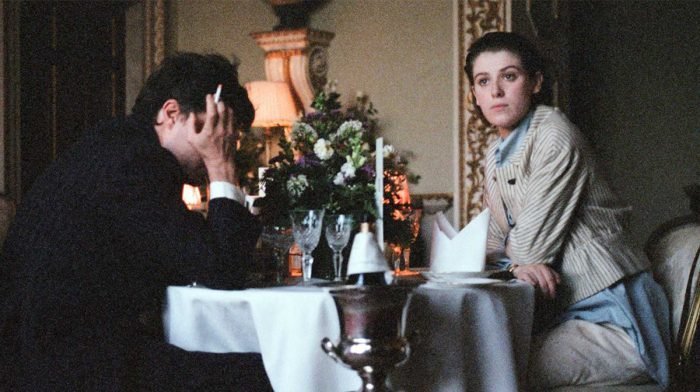 Throughout the film Hogg pulls off a perfectly judged balancing act between the familiar and the foreign. Somehow the story manages to be both highly specific – relating to Hogg’s own experiences while at film school – and an almost universal depiction of a toxic relationship.

Anthony may be rather aloof in his pinstripe suit, but there is something rather charming about his confident and sometimes humorous demeanour. He has a definite allure which covers his manipulative character, which exploits and undermines Julie.

From the outside the warning signs are obvious: he has a condescending air, regularly borrows money, lives rent free in Julie’s flat, and has needle marks on his arm. 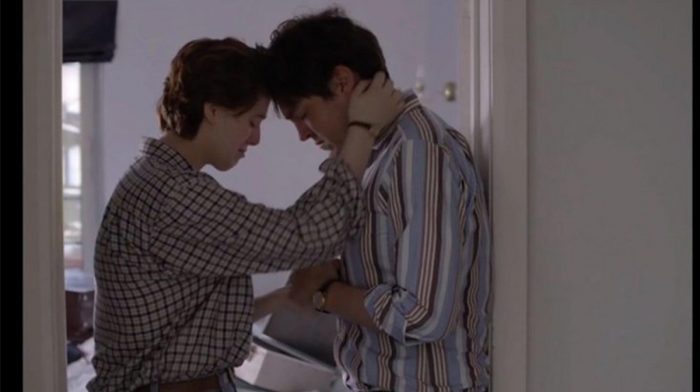 It is never quite clear what keeps the couple together. Perhaps Julie is too naive to see the danger, maybe Anthony has taken advantage of her to the extent that she can no longer judge his misbehaviour, or possibly she is trying to cling onto an impossible vision of love from time past, the kind seen in the Rocco painting by Jean‐Honoré Fragonard which gives the film its name.

There is a beautiful ambiguity to how Hogg presents each scene, with much left unsaid and open to interpretation.

Hogg’s presentation of the privileged middle class runs against the pageantry and extravagance that we have come to expect within British films. Rather than taking inspiration from Merchant Ivory or Powell and Pressburger, there appears to be more of a European influence.

It is a kind of cinema that brings to mind Michelangelo Antonioni and Éric Rohmer rather than Downton Abbey. 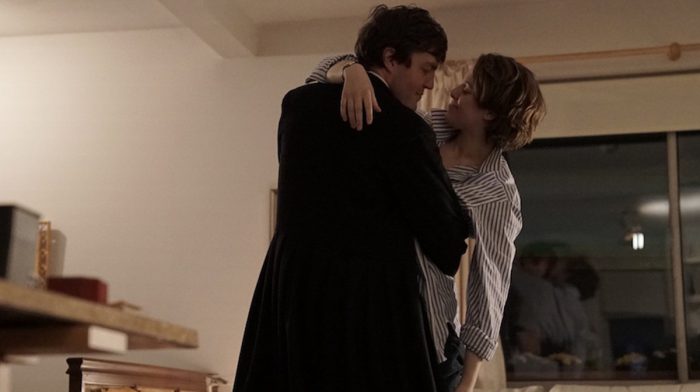 Julie almost appears to be out of place at a film school where her upbringing is very different from those of her fellow students. At times it seems as if she is tarnished by class, and the ways in which she comes across.

One lecturer comments that someone living in Knightsbridge wouldn’t know about budgeting, and her experiences seem to have been dismissed as inauthentic.

Rather than being liberated by her background, she is fragile and left trying to prove her credentials with a film chronicling the decline of Sunderland, a place she has only visited and has no personal connection to. 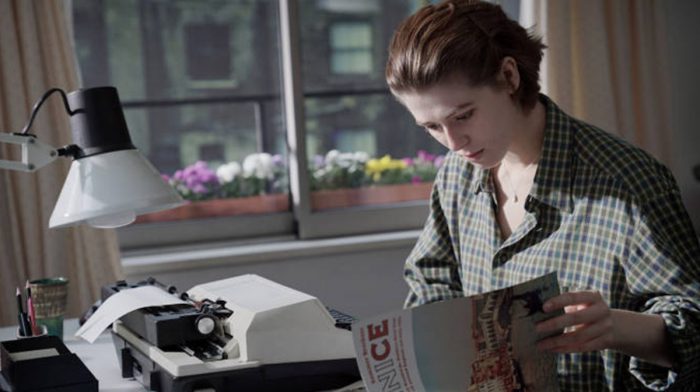 In contrast to most coming‐of‐age stories, Hogg is reluctant to depict major character transformations. On the surface it might appear that Julie is approximately the same person she was before meeting Anthony, but the film revels in subtlety and implication.

It is clear that deeper and more profound, if less obviously cathartic, changes are taking place than are usually seen.

The Souvenir is a look at the kind of love affair whose pains lingers in the mind, and take a lifetime to digest.

The Souvenir is out in UK cinemas now.

Are you excited to see The Souvenir? Let us know on social media.