Pulp Fiction is a film that needs no introduction. Everyone who considers themselves a film fan, even if they don’t personally enjoy it, has likely seen it at least a few times.

It has been pastiched and parodied by media ranging from monoliths like The Simpsons, to YouTube’s seemingly endless diverse re‐imaginings.

It has even recently gone through a period of re‐evaluation, generating the kind of latent backlash only truly significant works of art seem to receive.

And today, in 2019, it turns 25 years old, an age that seems far too young for such an iconic and timeless movie – truly the ultimate testament to its unfathomable cultural impact. 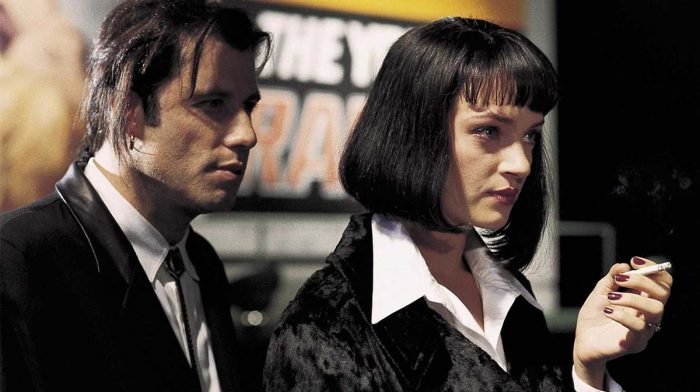 With Pulp Fiction standing as such a classic nowadays, it is hard to imagine a time in which this film could have been seen as a risky venture from a green director featuring several very untrendy actors.

John Travolta was still best known for Saturday Night Fever – a tough image to shake in the 90’s with disco at its most hated – and Bruce Willis was coming off a string of box office disappointments that threatened his crown as the ultimate every-man action hero.

In one of the few acts that anyone would thank him for nowadays, Harvey Weinstein agreed to finance the movie in its entirety, revolutionising the independent film scene and the perception of American cinema as we know it today in the process. 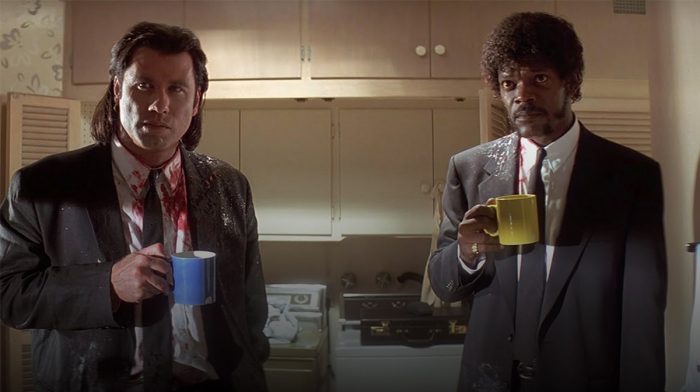 Suitably for a film remembered more for its many vignettes than as a cohesive whole, Pulp Fiction is famously split into non‐chronological chapters, organised vaguely by tone and theme.

Telling different tales of crime, corruption, and Chuck Berry over the course of a lengthy run-time, Tarantino uses this circular, a‐linear narrative to paint a vivid portrait of chaos in LA – with a little of Edward Hopper’s moody diners, and a lot of Jackson Pollock style blood splattering.

The film may be known for its visually intense violence, but the script is where the real spectacle can be found.

Beginning on a conversation between a couple discussing the merits of robbing a diner and pausing before the carnage actually begins, Tarantino establishes early on that he is more interested in the culture and aesthetic surrounding crime, than the crime itself. 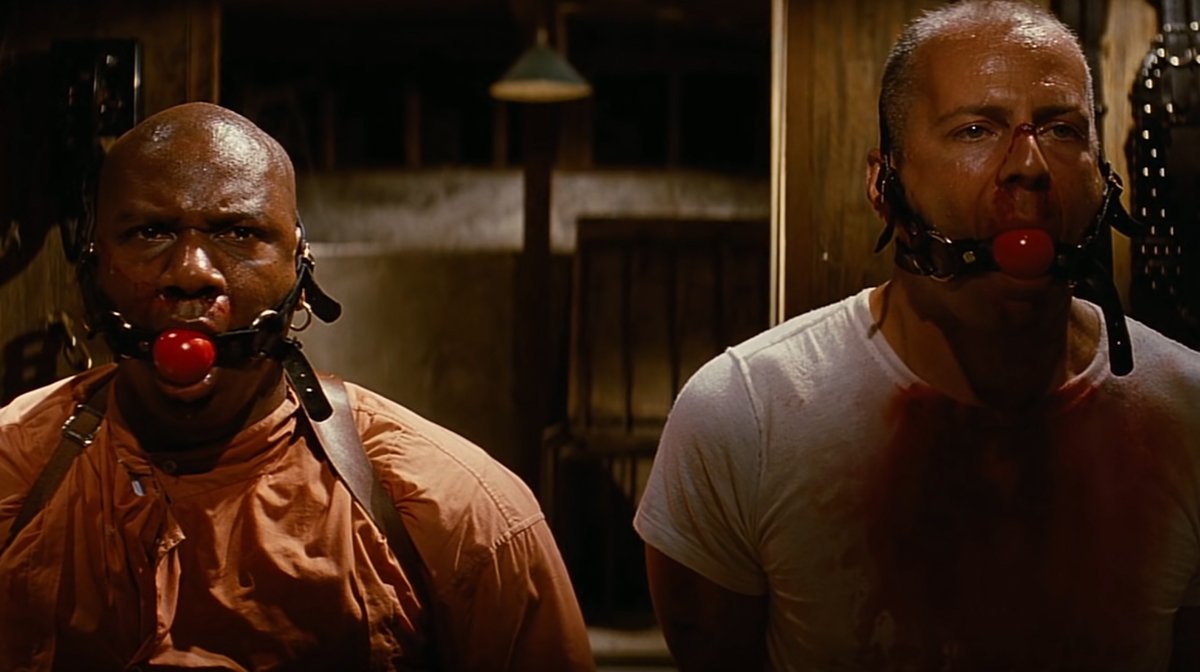 Similarly, we hear from Samuel L. Jackson’s impossibly cool Jules about the grim aftermath of a fellow gangster who was thrown out of a window, but never shown this via flashback or within another scene.

Rather than having the brutality represented on film, we are given a representation of a representation – no wonder the film is so often described as a postmodernist masterpiece, before you even begin to look at the many cinematic allusions.

As indicated by the definition that begins the film, Pulp Fiction is a movie stuffed to the brim with pastiche Americana of all kinds.

Tarantino showcases set pieces like the Hollywood graveyard diner Jack Rabbit Slims, iconic costumes and hairstyles ripped straight from blaxploitation, and a narrative that serves as a strange, delightfully directionless homage to gangster movies, a genre Hollywood
was built on in the 1930’s. 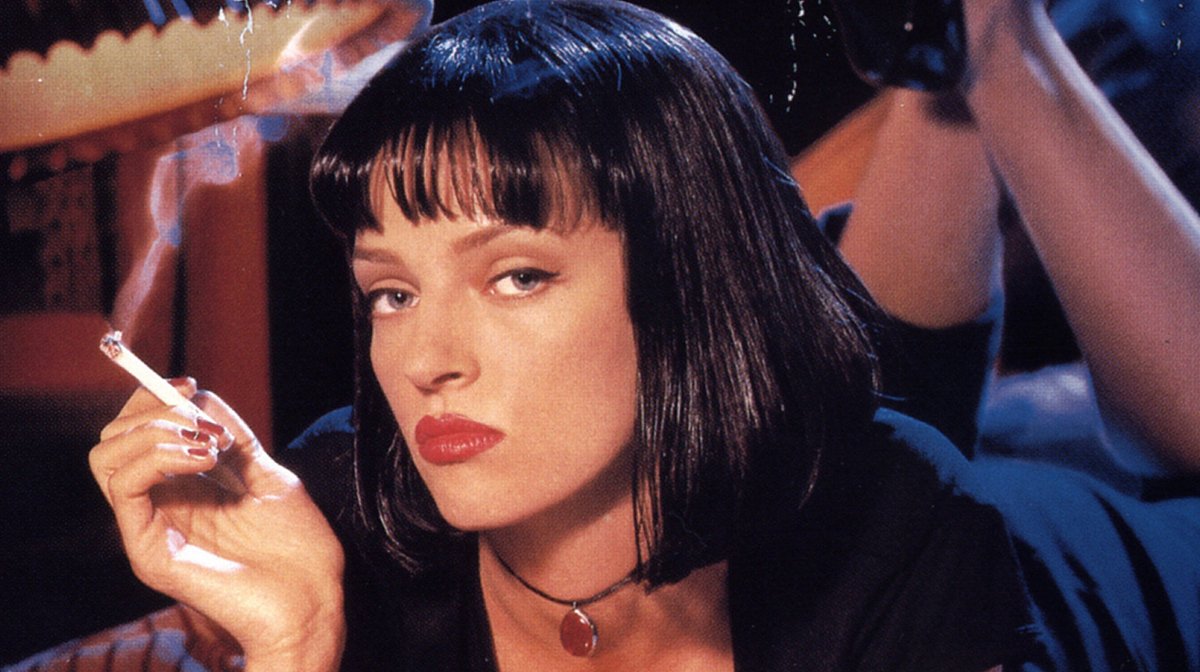 Even the film stock itself was designed to evoke 1950’s technicolour in its vibrancy and depth of colour.

Possibly the most iconic element of the film, though, is the soundtrack, which revitalised forgotten hits by putting them in a new, retro light: think Misirlou over the credits and You Never Can Tell backing the beloved dance sequence.

The fact that the film has no original score is perfectly emblematic of its attitude – the backdrop of Hollywood itself is the original basis for its existence. 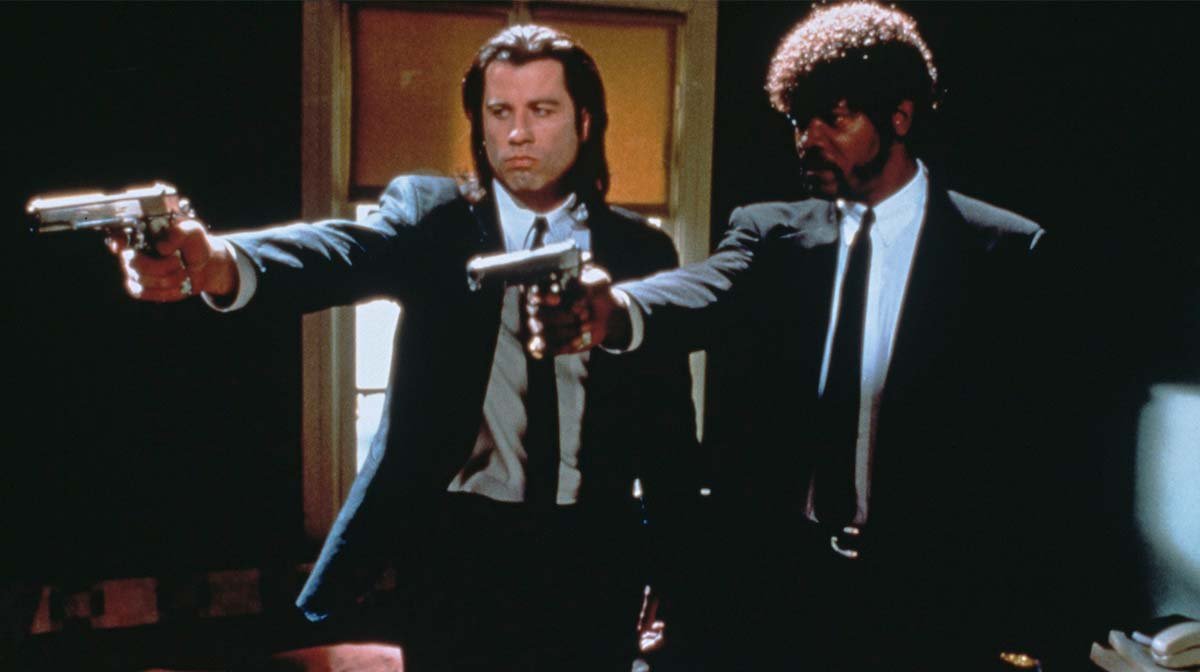 According to Letterboxd, a social media site for people to log and review films they’ve watched, Pulp Fiction has been named the favourite film of more users than any other.

Putting aside the more blatant references in its legacy, Tarantino’s second film has likely launched many of the careers of filmmakers and critics you regularly read and watch today, including myself.

As a springboard into the world of cinema beyond the box office top ten, Pulp Fiction helped show me that films can do more than provide escapism, tears, or a quick laugh – they can, and should, challenge you.