Sylvester Stallone steps back into the war zone one more time in this month’s Rambo: Last Blood.

The fifth movie in the franchise, the title is both a hint to this being the final battle for the grizzled Vietnam Vet, and a reference to the film that started it all: 1982’s First Blood.

While the character is beloved, what’s often forgotten is how his first appearance wasn’t a brainless bullet-fest, but in fact a well written, interestingly acted drama-thriller that said a lot about where America was at the time.

While Stallone may forever be best known as The Italian Stallion Rocky Balboa, it’s arguable that this was his finest film. 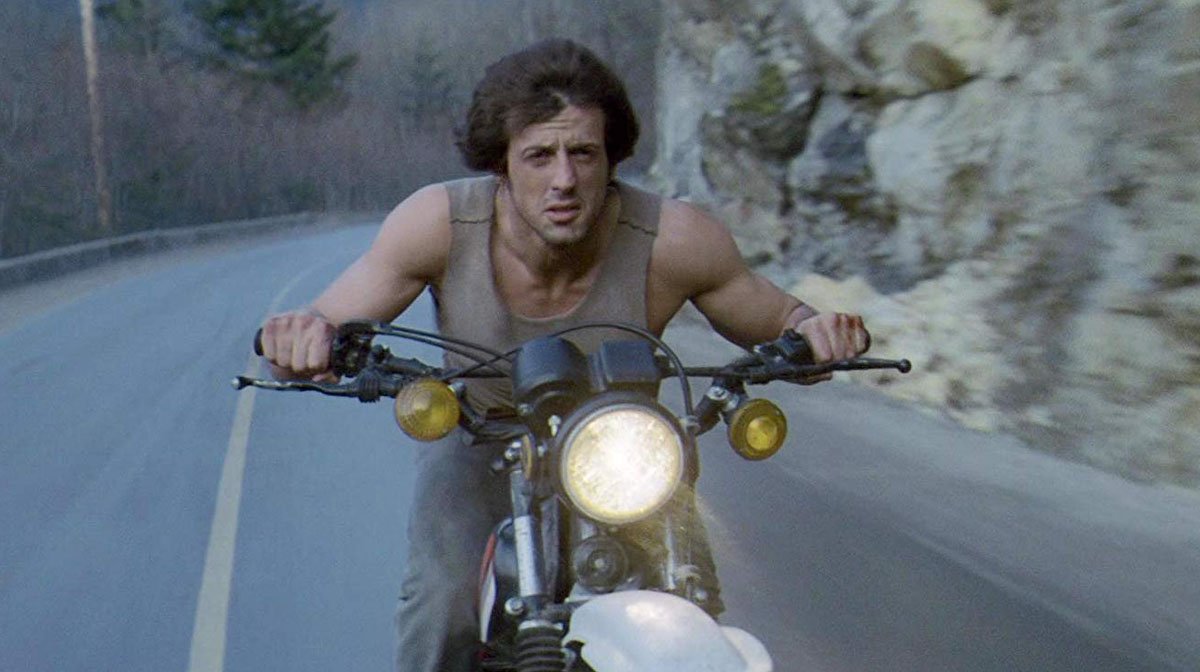 We follow John Rambo (Stallone), a quiet, slightly gaunt veteran who has become a drifter since serving in Vietnam. He walks through the tiny town of Hope, Washington, looking for somewhere to eat.

It’s an ironic name given the reception Rambo receives, as the town’s sheriff (Brian Dennehy) stops him, tries to move him on, and arrests him when Rambo asks what he did wrong.

After being brutalised in custody, Rambo breaks free and heads into the jungle, where he begins to set traps for the men pursuing him. 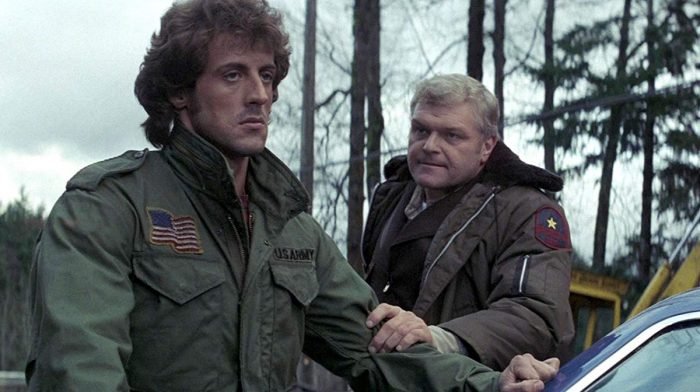 80’s action films can be glorious experiences, but not many of them were terribly deep. In this sense, First Blood is almost like an indie drama, which looks into the minds of certain characters as well as wowing us with explosions.

It resists clear lines of ‘good vs evil’, instead looking at what happens when both sides push too hard.

It examines the horrors of PTSD before the general public watching even knew what it was. While Rocky was an accomplished, uplifting work (with a Best Picture Oscar to prove it), First Blood goes to places that challenge everyone involved. 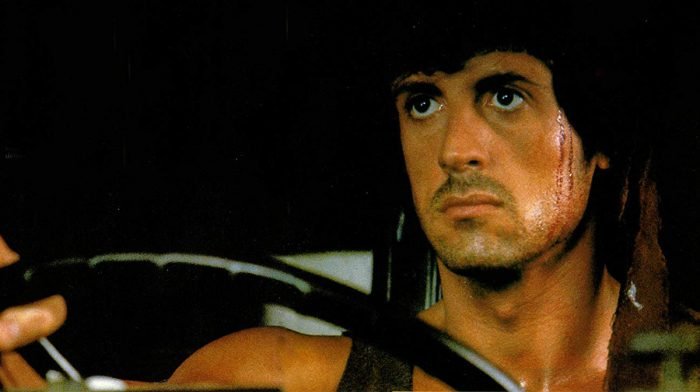 ‘You know, wearing that flag on that jacket, looking the way you do, you’re asking for trouble around here, friend’ Dennehy advises Stallone early on.

In these modern times of hyper-patriotism and supporting the troops, the idea that wearing the Stars and Stripes in America would be controversial seems insane. However, that’s the nerve at which this film prods. It was only seven years from the end of The Vietnam War, a loss suffered by a country that isn’t used to losing.

Rambo represents many of the men who came back – tortured, hollow, confused as to why they would be treated so harshly for doing their duty. As Stallone tearfully cries during the film’s climax – ‘Back there I could fly a gunship, I could drive a tank, I was in charge of million dollar equipment, back here I can’t even hold a job parking cars!’ First Blood is more than one liners and jungle survival. It’s a comment on a nation’s shame. 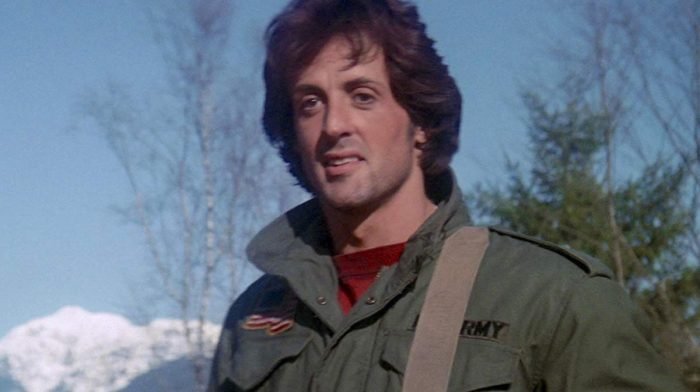 Just as the depth of the plot is overlooked, so is the performance by its star. Stallone was always a much more versatile star than his success allowed him to be, and here we see a much more downplayed performance than the jovial, energetic Rocky.

Far from the fearless hero, he looks traumatised, spending most of the film speaking in a near-whisper (aside from the odd scream as he throws a baddie into a wall).

He’s also a reluctant warrior. As he famously declares midway through the film, ‘they (the cops) drew first blood’, and it’s probably a surprise that this multi-skilled killing machine doesn’t, well, kill anyone. He certainly has a hand in making an officer fall to his death early on, but considering his kill count in 2008’s Rambo is over 250, he’s practically a pacifist here. 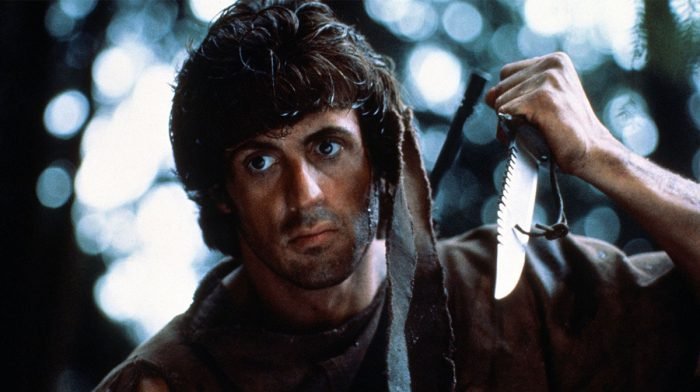 Every hero needs a villain, and Stallone has an excellent one in Dennehy. The award-winning actor plays Sheriff Teasle as an emotionally indifferent cop who becomes obsessed with taking Rambo down, not because of the law, but because of the defiance of his power.

The script and the actor could have easily made him a backwards small town stereotype, but over time we see the shades of grey in the character, as we do in Rambo. While you’re never quite on his side, you do get to hear his point of view.

The action-heavy sequels would not quite capture the same spirit. However, taken on its own merits, First Blood is a film that shows you can combine thrilling action with thoughtful drama, as well as drawing a performance out of Stallone that few other movies would manage. Hopefully the makers of Last Blood slipped this DVD in before crafting John’s last mission.