If you guys thought last year’s Mandy was the most nuts Nic Cage film you’ve seen, then you ain’t seen nothin’ yet.

Cult icon and long absent visionary director Richard Stanley returns after nearly three decades for Color Out Of Space, a cosmic horror adapted from the H.P. Lovecraft short story of the same name.

Blending family drama with Cronenbergian body horror and psychedelic imagery, Stanley’s return is a triumphant trip into the truly terrifying. 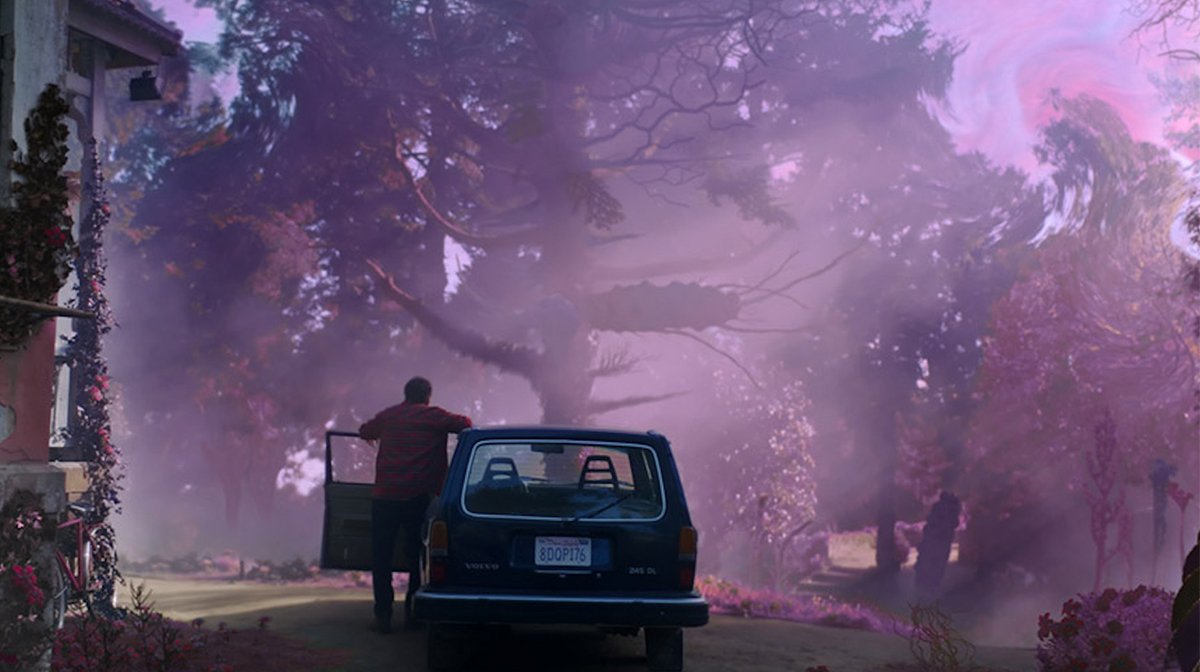 Cage stars as alpaca farmer Nathan Gardner, who lives with his family in the rural nowhere town of Arkham. When a meteorite hits the farm one night, bleeding an unearthly light and causing an inexplicable power outage, slowly but surely its cosmic powers begin to mess not only with the wildlife and the Gardners’ crops, but their minds.

As days and nights suffuse themselves into one unending nightmare, Stanley viscerally captures the nihilistic dread of Lovecraft’s most beloved short story, allowing Cage to fly off the handle in spectacular fashion as his own disturbed designs are realised on screen.

Cage is on phenomenal form as beleaguered farmer Nathan, who gets insecure about others questioning his alpacas, and whose fraught relationships with his perennially preoccupied wife, occult obsessed daughter, and two socially difficult sons portray him as a man on the edge. 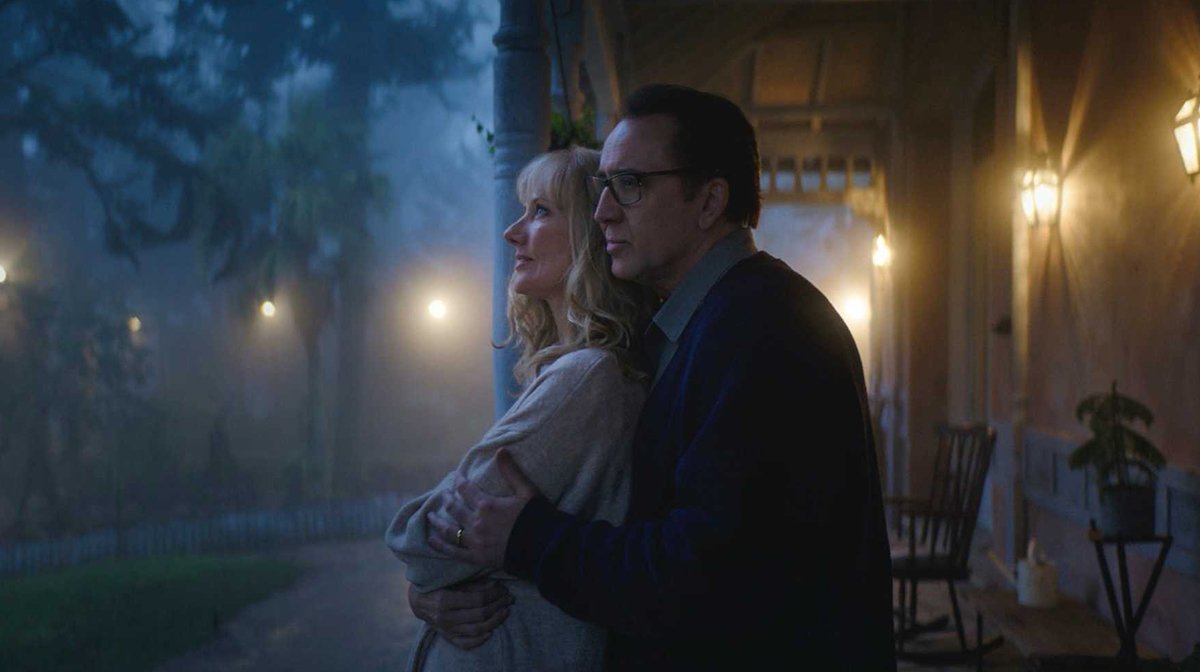 When the meteorite strikes and the ‘color’ begins to take hold, we see Cage’s Gardner go full crazy in brilliant fashion.

From furious flurries of punches in his old car, to shotgun stare-downs with six-headed alpaca mutants, Cage commits himself fully to the grotesque nature of the tale, entertaining on the surface level whilst keeping that sense of a man losing grip on that which he loves.

As the film reaches its symbolic and imagery heavy denouement, Cage’s brand of ‘nouveau Shamanic expressionism’ hits its nirvana, and assures us that the lifelong Lovecraftian disciple is the perfect vessel for the author’s singular style of detached characterisation and shocking dread to be realised. 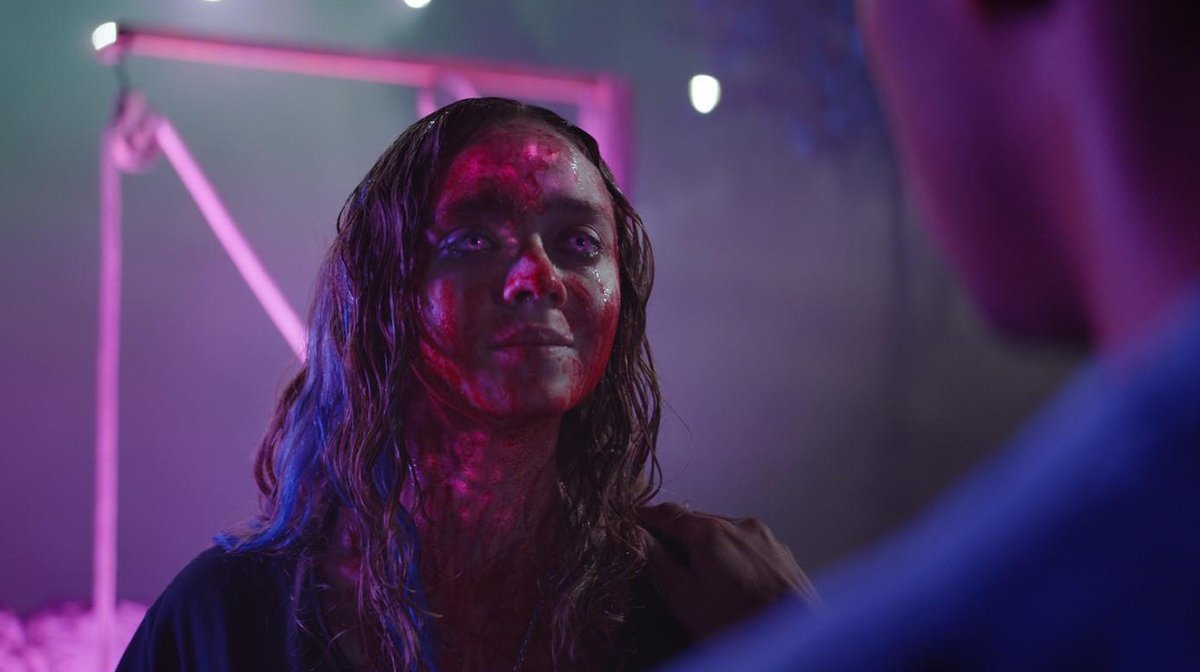 The purple-tinged acid trip skies provide the perfect backdrop to the film’s exploration of hell manifesting on Earth, and the use of practical effects alongside CGI adds a tangibility and viscera that conjures horrific and unforgettable images.

The Thing clearly influences the film’s aesthetic style and exploration of the connection between isolation and insanity. A moment with the family’s dog riffs directly on one of the most famous scenes in John Carpenter’s film, and the ‘color’ itself bears the same existential dread of its predecessor.

However, the application of that inspiration is completely fresh and newly nightmarish, with Stanley’s menagerie of ever-maddening monsters begging further Lovecraftian pursuits in the future. 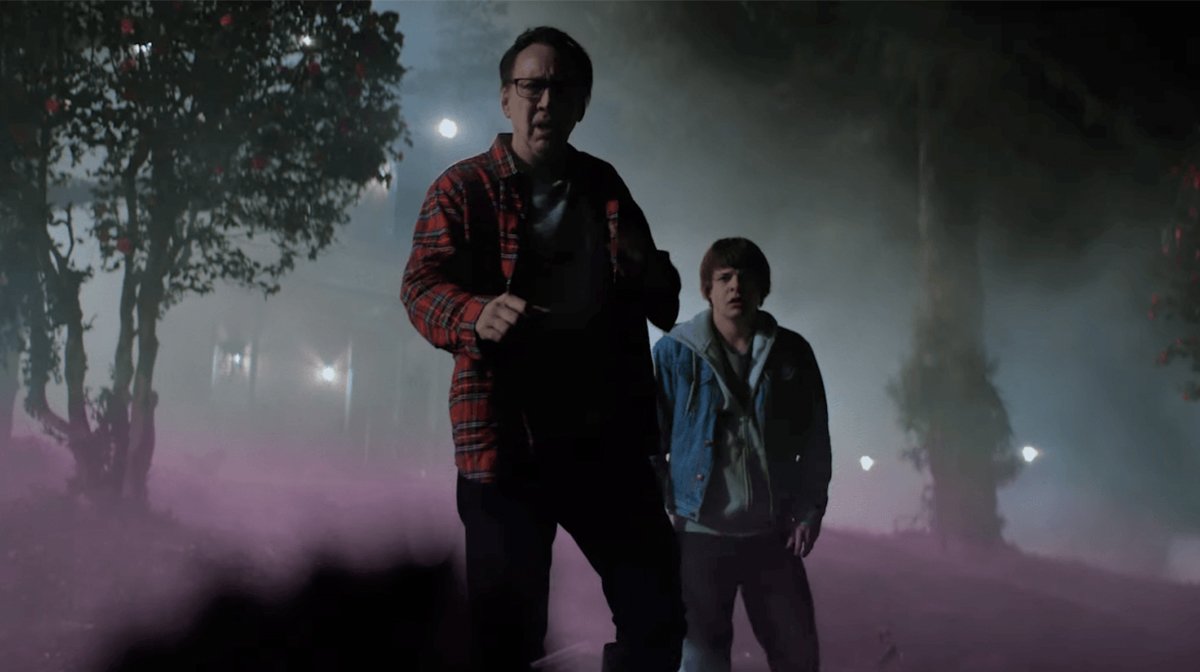 In addition, Colin Stetson provides a fantastic score that somehow manages to sonically imagine what the sound of reality dissolving into warped visions of terror would sound like.

Flirting between fairytale like piano arrangements and apocalyptic electronic and string compositions, the intensity of the experience is purposefully hammered home in different ways through all of the film’s sensory tools, creating in the process a mood-board for malevolence.

Color Out Of Space is a gnarly experience, and one which will greatly reward those who dug Mandy’s our there style but needed a cohesive narrative to hold on to.

Here we have a solid family drama in which existential dread, the adverse effects of GM, and the importance of alpacas are dealt with deftly and devilishly.

Stanley is a bold filmmaker, and though he takes a little time to get into his groove with Color, alongside his muse and surely soon to be frequent collaborator Cage, it is nice to be able to say that Lovecraft has finally been cracked on screen.

Color Out Of Space is the best Lovecraft adaptation there has ever been, and we can only patiently wait in anticipation of what Stanley does next now that he’s unlocked that hallowed door to otherworldly terrors and grim pleasures.

Color Out Of Space will hit UK cinemas 28th February.