Bloody, gory, nasty and politically aware, Feedback is a horror film with something important to say about our modern society.

We’re currently living in very strange times indeed. Trump and Brexit both happened, or are still happening, but on the other hand the #MeToo movement is making sure that certain men are being held accountable for their atrocious acts.

However, there are still some people who fall through the cracks, and most of the time they are protected by the current system. That’s the issue Pedro C. Alonso’s gritty, gory and brutal horror-thriller is attempting to tackle. 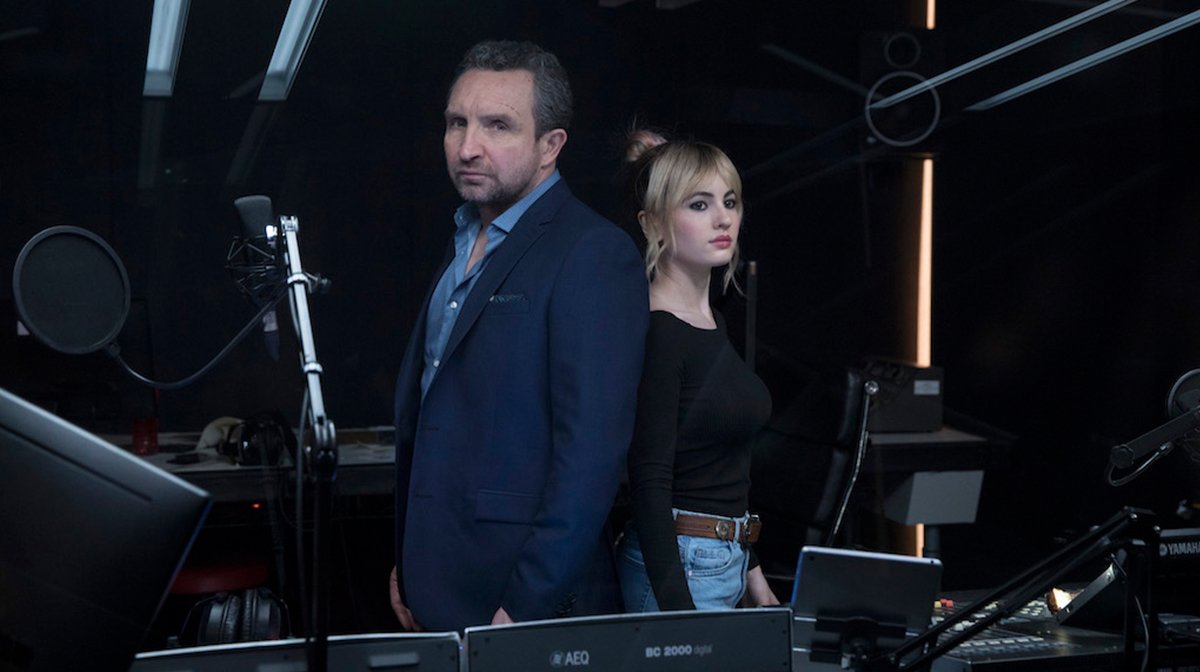 Starring the always brilliant Eddie Marsan as radio host Jarvis Dolan, Feedback sees his character as having what could only be described as the worst night of his life.

When some brutal assailants invade his radio show, they force him to carry on with the show regardless. And during this terrible night, some rather disturbing truths are unearthed as it turns out that things aren’t quite what they seem.

The first thing that comes to mind while watching Feedback is its political agenda. The film makes it very clear that Jarvis is a very political broadcaster, not unlike LBC’s James O’Brien. He’s someone who’s made a career out of holding the government to account, and it seems like he’s a pretty big deal. 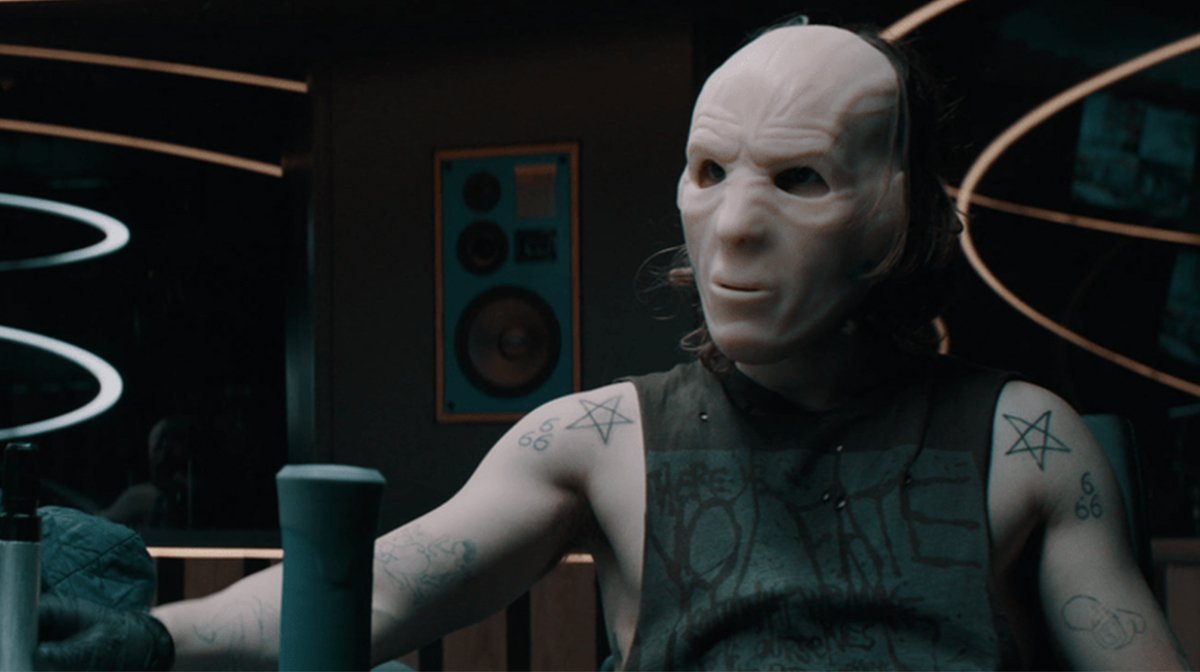 However, who’s there to hold him to account? That’s a question Alonso’s film seems to be asking, and ultimately it leaves you scratching your head because the overriding message of Feedback appears to be that nobody does. The phrase ‘who watches the Watchmen’ comes to mind here.

Where Feedback really excels is in its performances and almost claustrophobic setting.

Marsan is joined by the likes of Paul Anderson, Ivana Baquero, Richard Brake and Oliver Coopersmith, and they’re all brilliant. Anthony Head even makes a brief, yet effective cameo appearance. 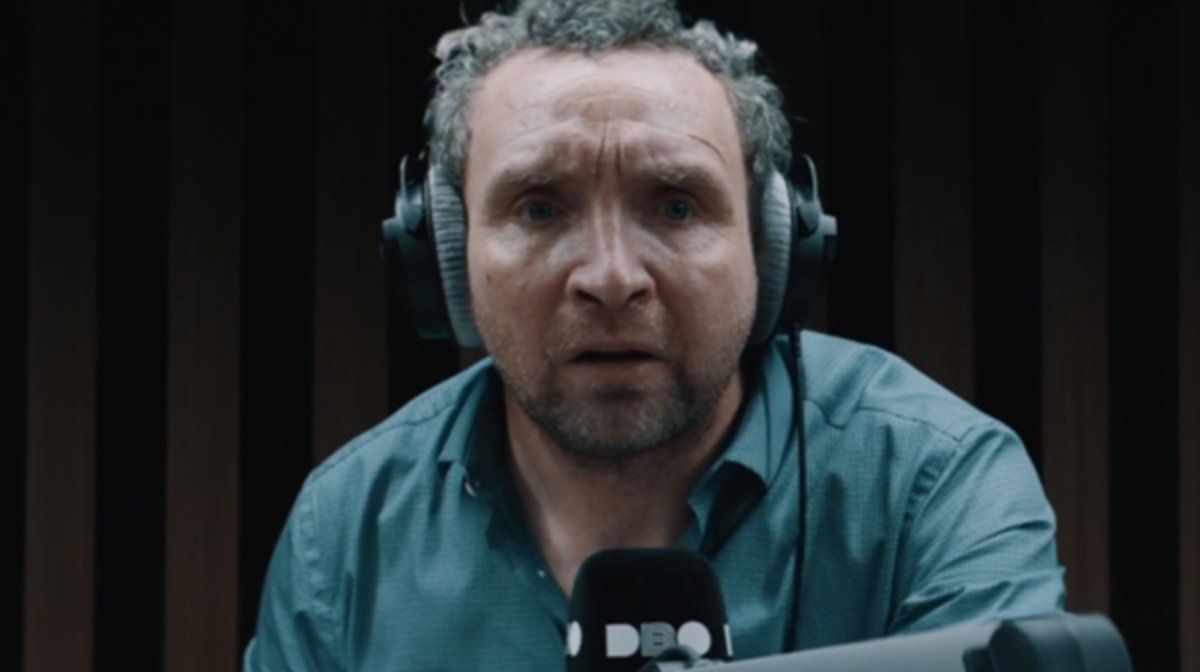 The film is almost entirely set in a radio studio, which is both confined and completely cut off from the outside world. This is interesting since what’s going on inside the studio is being broadcast for everyone to hear, yet Marsan’s Jarvis has no idea of what’s happening outside of this small soundproofed room.

The confined setting makes for a very focused and engaging picture. It does come out of the studio from time to time, and frankly it might have been more effective if the whole movie had been set in just one location.

Apart from that, Alonso succeeds in creating an almost overbearing tension due to the sterile nature of the studio. The juxtaposition of the sterile studio environment and the gory and sometimes hard to watch action is effective. 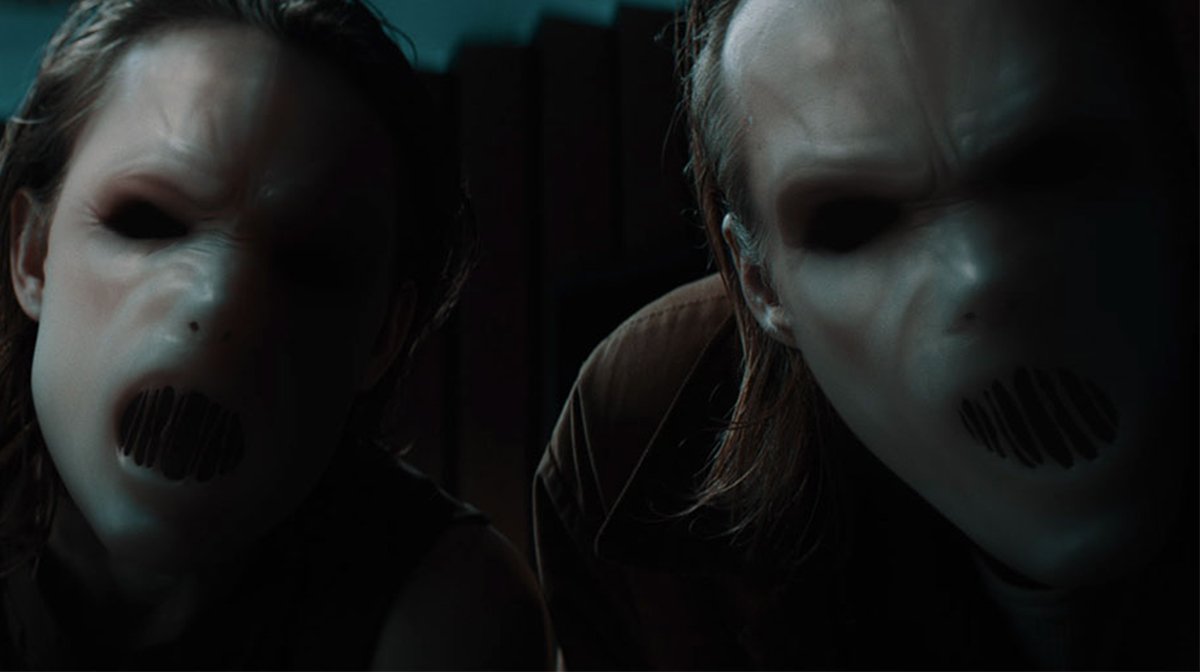 There are echoes here of Canadian horror film Pontypool and Hard Candy, which is by no means a bad thing, and it’s a rather interesting mix of both films.

Ultimately, Feedback is a brutal, effective and nasty horror film with something to say about our modern society and is well worth watching.