What makes a truly great science-fiction movie? Is it sprawling war across the stars and a battle of good versus evil? (Well, yes, but that’s not the point).

It’s the ability to explore a human tale that happens to take place in an otherworldly narrative. Which is precisely what Denis Villeneuve’s Arrival does to heartbreaking effect.

The premise is simple; 12 alien ships arrive on Earth in precise locations in each country. A linguistics specialist, Louise Banks (Amy Adams), is brought in by the U.S. Government to try and establish a means of communication with the alien species inside the ship hovering over Montana. 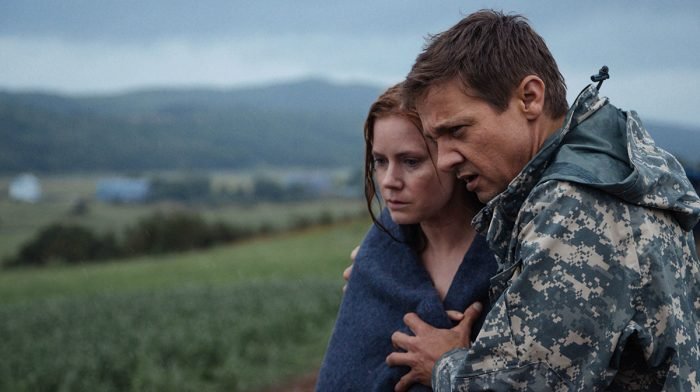 But what makes Arrival so powerful is the oh-so crucial introduction in which we see the birth, life and tragic death of Louise’s daughter, Hannah.

And reader – it packs a devastating punch, as this writer tearily discovered on a packed train when watching it for the first time.

From here, simple throwaway lines and lingering shots provide the backbone for a heartbreakingly beautiful twist later on. It’s that final realisation that really cements Arrival’s place on the list.

Villeneuve’s talent for visual storytelling combined with Adams’ emotionally resilient performance tricks the audience into embracing the narrative. And it packs a powerful punch once the pieces come together later on towards the dramatic conclusion. 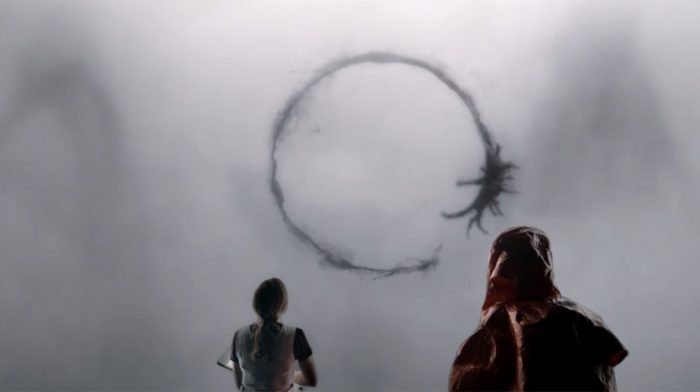 The story twists and turns as Banks and fellow scientist Ian Donnelly (Jeremy Renner) grapple with ways of setting up communication with an alien species that don’t communicate in the way we do, let alone under the confines of dimensional time and space as we know it.

It’s here that the fascinating science-fiction element of the film excels; as humanity struggles to understand the true purpose of their visit, it eventually becomes clear.

This is a story about uniting the planet for the aim of prosperity and peace. This all comes from accurate depictions of the news, the hostile political climate and a ‘shoot first, ask questions later’ response from different military groups across the world.

Villeneuve has crafted an accurate world to help teach a parable to the audience that excellently stems from Ted Chiang’s original novella that Arrival’s based on, Story Of Your Life. 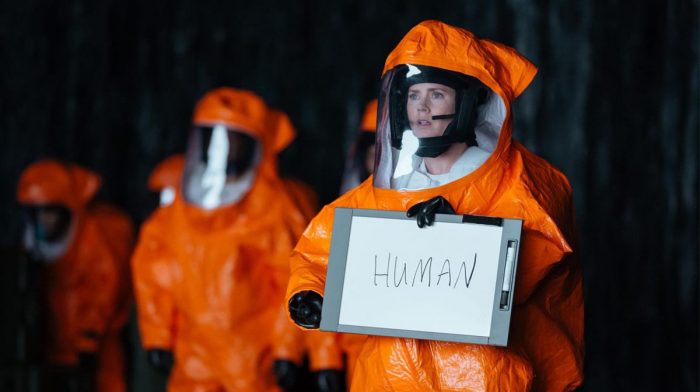 It’s obvious the story is equally about self-reflection and accepting responsibility for your own actions. The monolithic ships impose silent judgement across the world for our own destructive actions as humanity naturally reacts to the unknown with fear and violence.

And it’s never more prevalent in a surprisingly throwaway moment in which the researchers in the Australian ship explain that the aliens (which are called Heptapods due to their seven limbs) have been playing their recorded conversations back to the scientists instead of communicating.

But it’s clearly their way of simply telling the scientists to just look at the solutions they’re putting forward, and to acknowledge what’s happening around them. 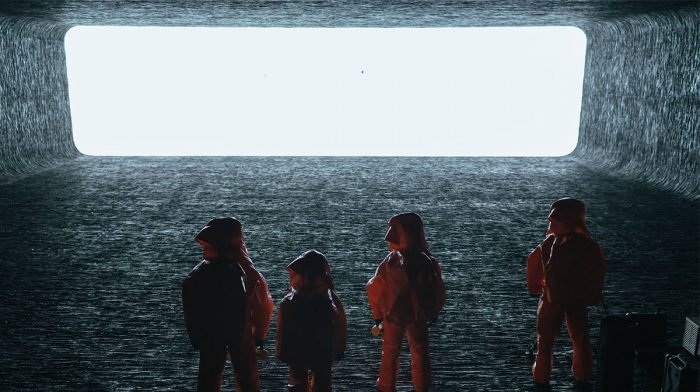 As the pieces slowly come together and Louise creates a dialogue between herself and the Heptapods, the conversations between the two are fascinating to see unfold.

Perhaps that’s down to the haunting beauty of the design of the ship’s interior, or just the very nature of first contact – but it’s impossible to turn away from the screen each time Banks and Donnelly venture inside.

There have been enough ‘theme park’ science-fiction movies (to borrow a now controversial allegory from Martin Scorsese) in the last ten years that are undoubtedly entertaining and worthy of being on the list, but Arrival is one of the few that leaves such a lasting impact. 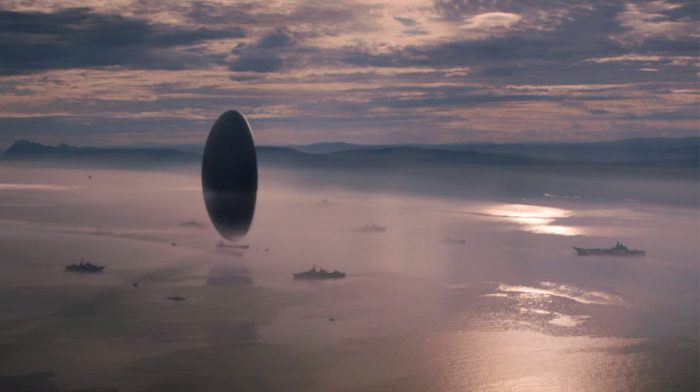 Sure, Villeneuve’s Blade Runner 2049 has plenty to say about humanity, A.I. and life – but it’s Arrival that tells a much more relatable story.

It’s one that doesn’t require flashy special effects to create a world or maintain the pace, since the world is already one we know.

While it might not be right for some audiences that look to science-fiction for escapism, it’s a fascinating examination of the choices we make, our own selfishness and the responsibilities we’re faced with. 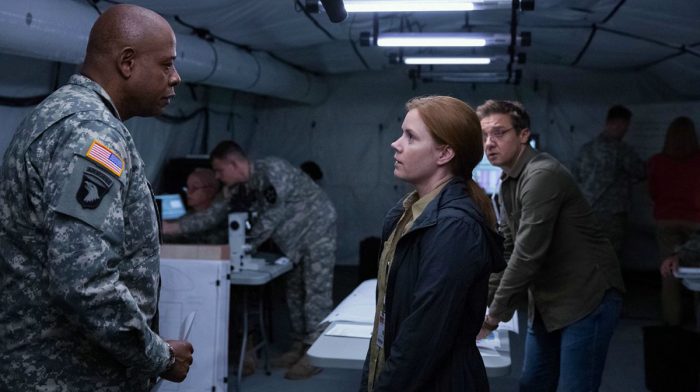 If the self-reflective subtext wasn’t enough, Adams’ performance alone makes Arrival worthy of its place in best of the decade.

As mentioned earlier, the scenes depicting her life raising and mourning Hannah in the introduction are some of the most touching and heartbreaking moments in the genre.

As she’s faced with a truly unique choice later on in the film, the dynamic between Banks and Donnelly vastly changes, setting up an imminent future for the two that might not be as harmonious thanks to the Heptapods arrival.

But Arrival asks the audience to question whether they’d make the same choices as Louise. 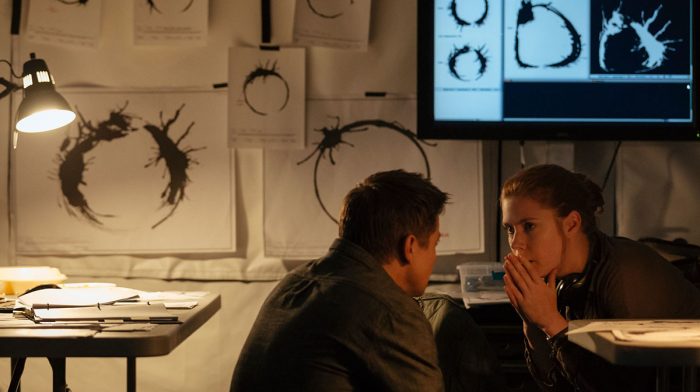 So with a fascinating premise, a devastating introduction and a knockout twist alongside some incredible performances from the cast – Arrival earns its spot on the best of the decade list with ease.

A word of warning; just don’t watch it for the first time surrounded by strangers, they might look at you a little funny when you’re tearing up in front of them.