There hasn’t been a more influential company this decade than Facebook.

Mark Zuckerberg’s website has reinvented the entire notion of how we communicate with each other, taking society’s attitude to privacy and mangling it through a corporate machine to create one of the most powerful entities on the planet.

It’s no wonder the guy is rumoured to be considering a presidential run given the amount of power he already wields. 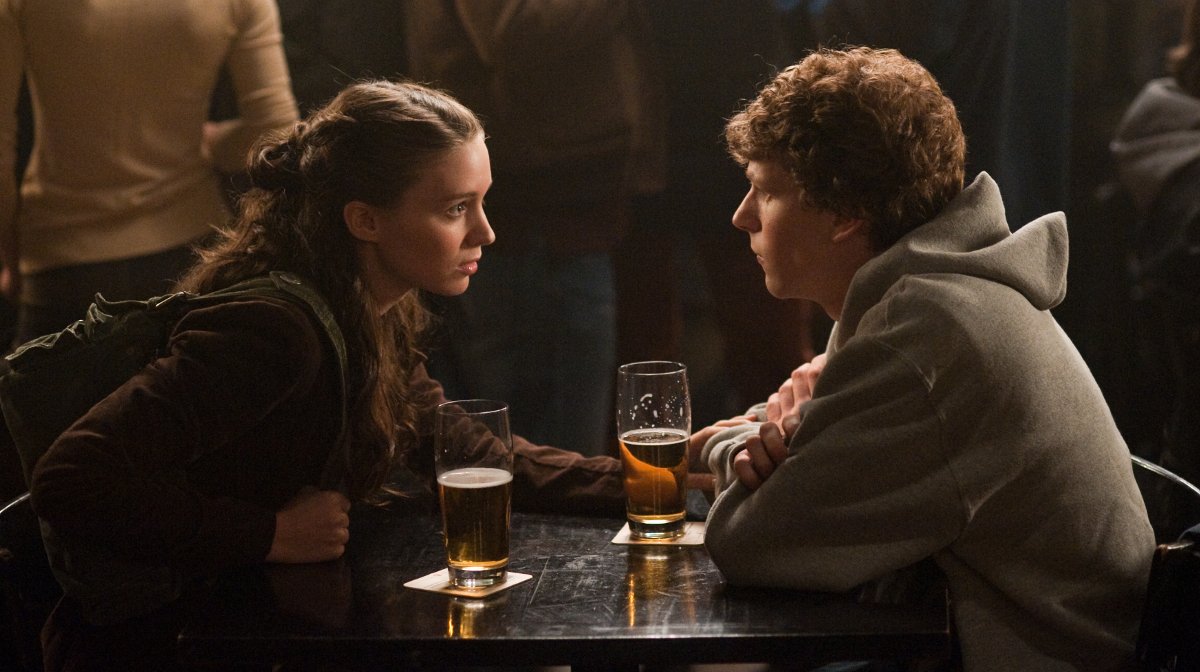 Right at the beginning of the decade though, Facebook was still a shiny new toy. It may have been founded way back in 2004 but, by 2010, privacy concerns had yet to really stick, and the black cloud of Cambridge Analytica was still a long way away.

Indeed, the site’s biggest concern was the recently settled lawsuits brought by entrepreneurial duo the Winklevoss twins and Eduardo Saverin – co-founder of Facebook.

It is these lawsuits that formed the spine of David Fincher’s The Social Network which, nine years after its release, still stands as the best movie of the decade. 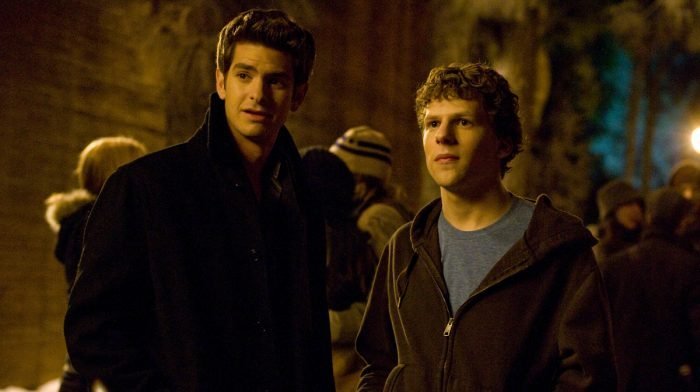 It’s a film which sets out its stall from the first scene. Zuckerberg (Jesse Eisenberg) and his girlfriend Erica (Rooney Mara) are having a drink in a crowded bar, discussing his ambitions to become part of a prestigious ‘final club’ at Harvard.

As the two actors rattle their way through Aaron Sorkin’s verbose, breakneck script – they were told to speak faster rather than face cutting pages from the subsequently Oscar-winning screenplay – there’s a palpable energy to the conversation.

It’s just two people sat across a table from each other, but during the course of the 99 takes of the scene that were shot, Fincher found enough dynamism and rhythm to convey Zuckerberg’s intelligence, arrogance and loathsome personality. 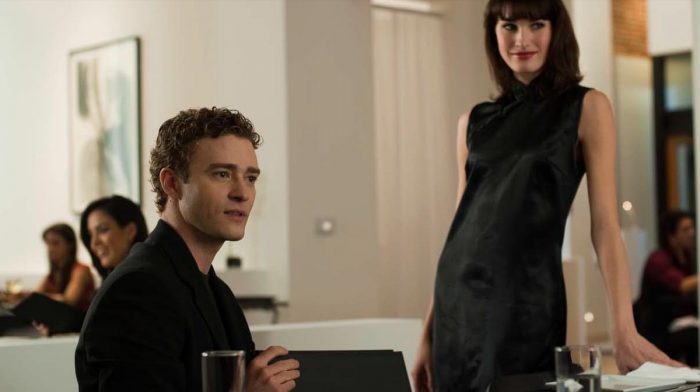 One of the common criticisms of The Social Network by its detractors is that it’s too soft on Zuckerberg who, it’s fair to say, is one of the great real world villains of the last 20 years.

But the genius of The Social Network is in how it acknowledges Zuckerberg’s intelligence as a web entrepreneur, while establishing him clearly and explicitly as a misogynist, a liar and a pretty pathetic specimen of humanity, hiding in a hoodie from the consequences of his actions.

Whatever the real Zuckerberg is like, Eisenberg’s portrayal is not a favourable one. 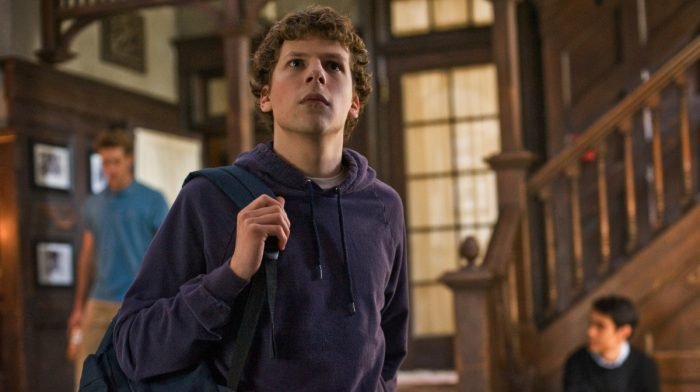 Fincher paints Zuckerberg as a man whose greatest innovation was driven by a woman rejecting him. The scenes which book-end the film show how this is Zuckerberg’s obsession, regardless of his success.

We first meet him comfortable and cocky, right up until the point at which Erica kicks him to the curb. His response is to run back to his dorm room and create a website in which predominantly male students can vote on the hotness of their female classmates. Icky doesn’t begin to cover it.

The movie’s final moments feature Zuckerberg sat alone in an office, repeatedly clicking refresh on Erica’s Facebook page as his friend request waits for an answer.

Despite everything he has achieved and his enormous fame and wealth, Zuckerberg is still petulantly hoping to impress the woman who turned him down. 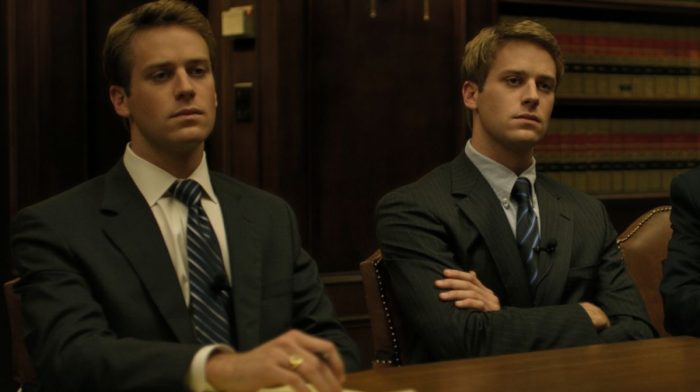 The Social Network is the opposite of a celebration of Zuckerberg. He’s the villain of the piece.

If there’s a hero to be found, it’s definitely Saverin, portrayed brilliantly by Andrew Garfield.

Though Saverin is not immune from the misogynistic world of ‘tech bros’ depicted in the film, he is pitched clearly as the victim of Zuckerberg’s force of ambition, and how easily influenced his friend was by Napster founder Sean Parker – given serpentine malevolence by Justin Timberlake, neatly sending up his own stardom.

This is a film about how the insidious culture of campus misogyny infects everyone it touches. 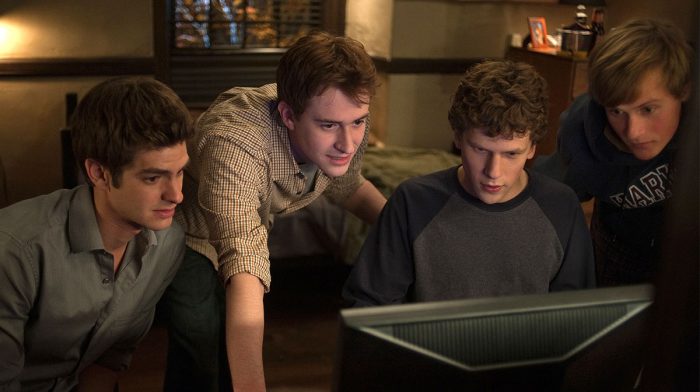 Beyond all of that, The Social Network is simply a terrific piece of work. Through the meticulous directorial eye of Fincher, every scene of coding, corporate manoeuvring or boardroom cross-examination is rendered gloriously cinematic.

The performances shimmer, the plot keeps moving and the attention to detail is a delight to behold. If anything, it has become even more relevant in the years since its original release.

Talk of a sequel swirls constantly, but that rather misses the point of what the movie is doing. 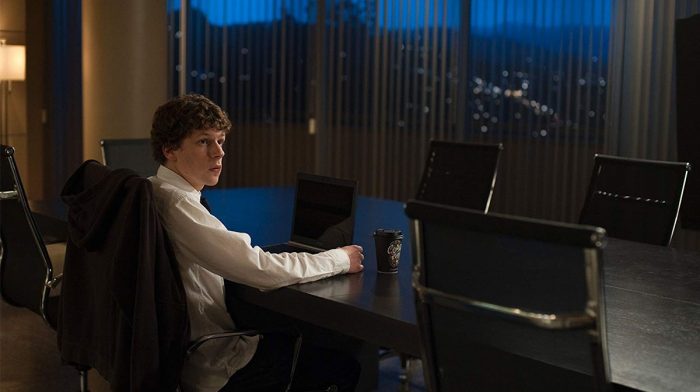 The Social Network is not a portrait of a world-dominating company and its many misdeeds.

It’s an illuminating insight into how a group of pathetic men created a clubhouse for themselves and their friends, only for it to become a global behemoth – but not enough of a success to turn them into nice people.

There’s no doubt that The Social Network is the best movie of the decade, even though it somehow, unforgivably, lost out on the Oscar for Best Picture to deep beige biopic The King’s Speech. Icky doesn’t begin to cover it.