A 15th century medieval epic, yet at its heart David Michôd’s The King is a coming-of-age film about a young man’s rise to a throne he did not desire, and the dilemmas he must face.

Unfortunately its never confident enough to let itself fully explore the internal struggles which Timothée Chalamet demands the screen allow him to.

We start out with a young petulant Henry (Chalamet), drinking himself silly in the dingy bars of Eastcheap with his war hero buddy, Sir John Falstaff (Joel Edgerton).

He’s far detached from the intricacies of his father King Henry IV’s Royal Court, who is played with a decaying arrogant aura by Ben Mendelsohn. 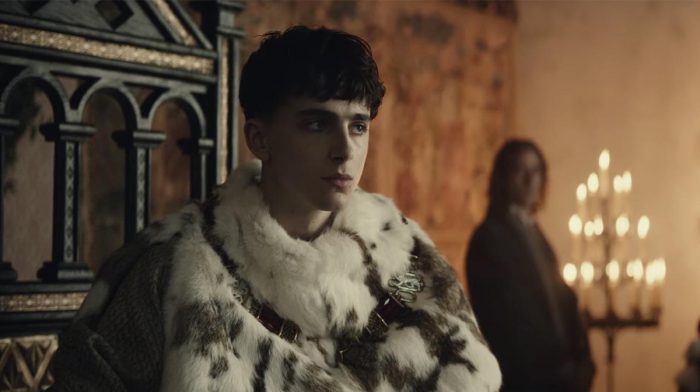 Upon news of his ill health, Henry is reluctantly taken to visit the war mongering dad who’s reign he so despises.

As soon as he gets involved with their affairs, we instantly see Henry’s approach to war is far more grounded than that of his family, offering to solve an ongoing battle with a one-on-one fight, despite his jarringly spindly body, rather than cause mass bloodshed.

What follows is perhaps the most realistic depiction of a fight in armour ever seen on film, as the two grunt and moan, metal smashing against metal, the duo are left battling for dominance on the ground.

The intensity of this scrap, a man-on-man battle to the death, reinforces the gruesome realities of warfare, especially in medieval times, as the human sacrifice is given the limelight. 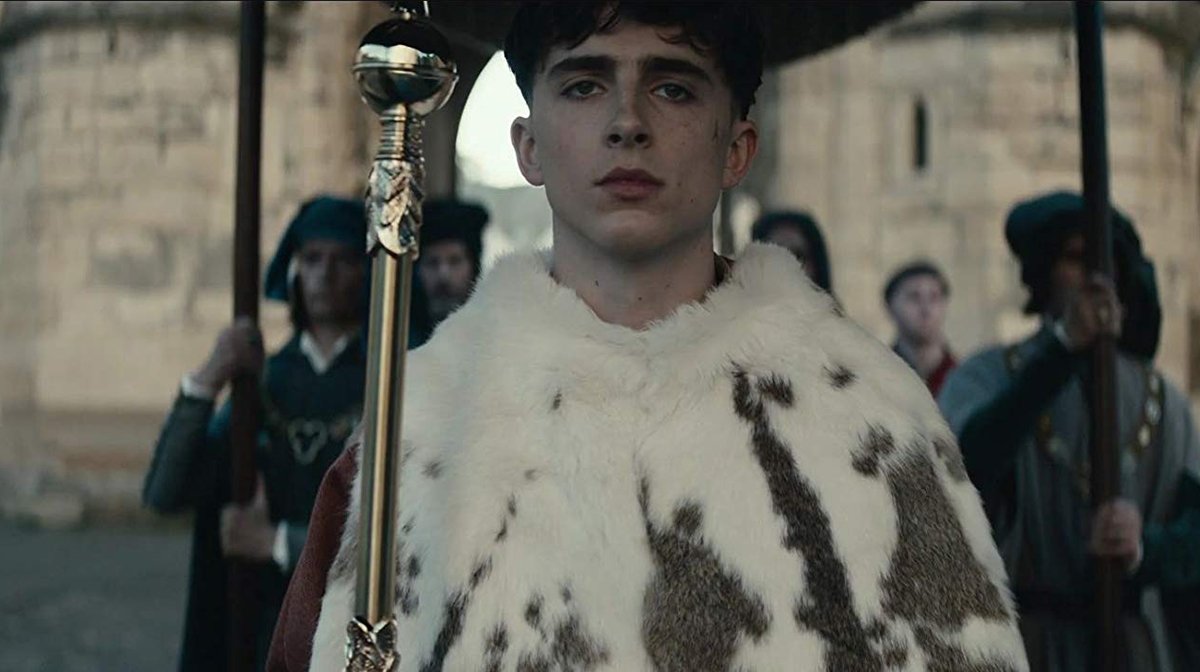 He and his modern looking bowl cut soon come to the throne, and with the crown heavy on his head, he promises to enact great change.

The young king is guided by the subtly intense William Gascoigne (Sean Harris), with the rest of the Royal Court still not confident in the former debauchee’s ability, as circumstances seemingly beyond his control lead him to war in France.

With Falstaff by his side, it becomes clear that whilst Henry wears the crown, he may not be pulling all the strings. 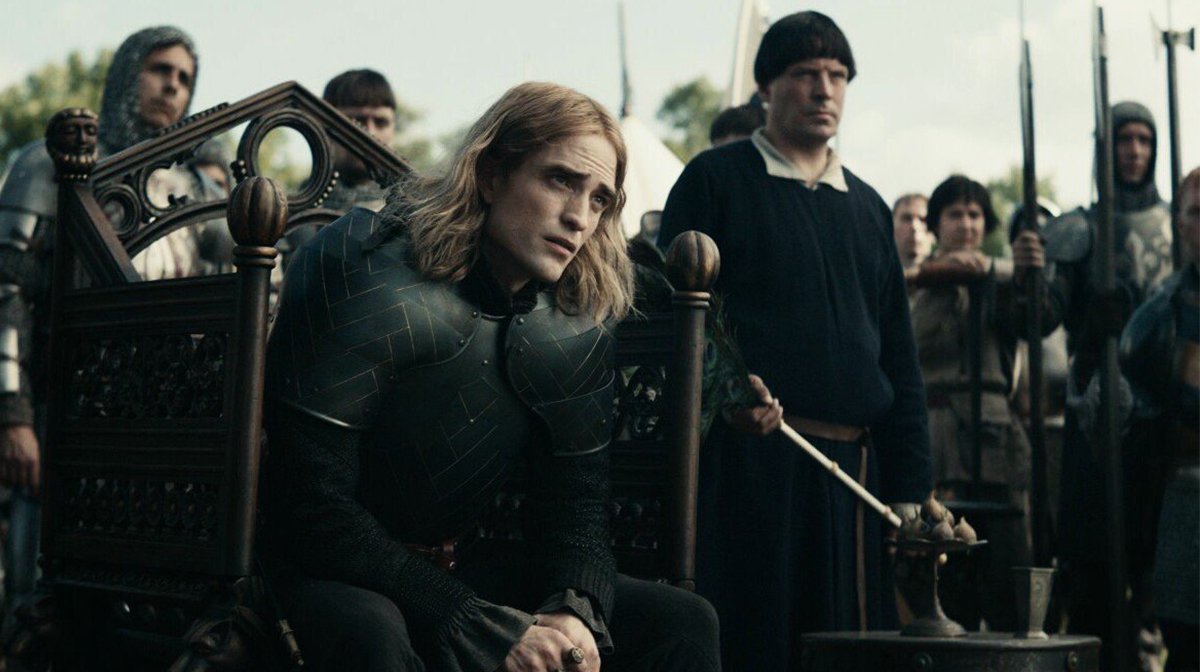 His first meeting with the devilishly foppish Dauphin (Robert Pattinson, who revels in the camp comedy of the role) sets the seeds of battle, one led by the two greatest jawlines in cinema.

Agincourt is inevitable, and sees the intense realism from the aforementioned conflict continue. Horses slam through foot soldiers, arrows pierce breastplates, and men writhe in the mud, drowning in the sodden ground.

The beautiful surroundings are a sharp juxtaposition to the unnatural slaughter of the battle, bringing further light to the pure horror on show, the previously seen beautiful sunsets a distant memory. 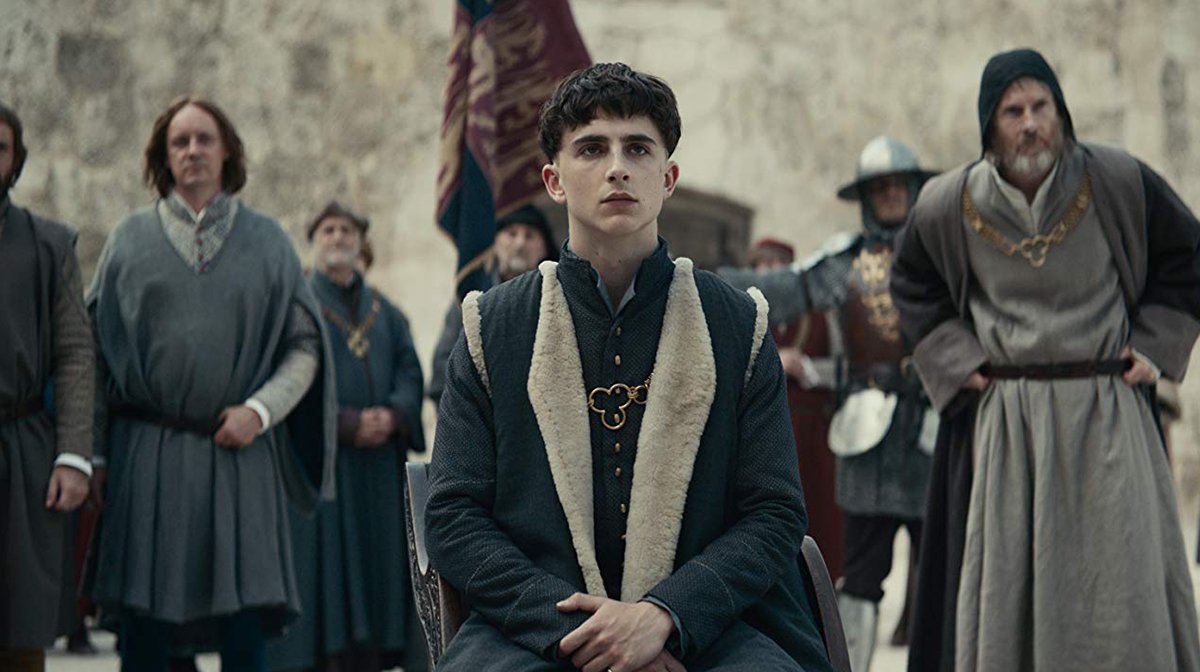 Chalamet’s rousing battle speech before the clash once again hammers home his focus on the real people he leads, rather than a vague sense of patriotic pride he doesn’t strictly adhere to.

The film is at its strongest during conflict, whether it be the fast retorts in courtroom debates or battles to death.

It excels at showing that a King is never free of war, even during peace time. 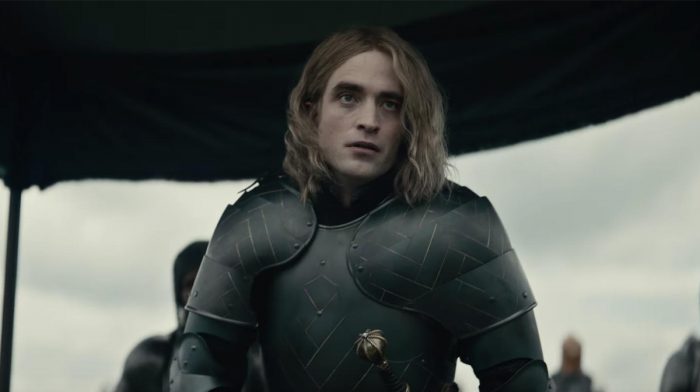 Whilst his desire for peace is explored, the insurmountable stress of kingship being thrown onto the shoulders of such a young monarch is an idea that is given sparse exploration.

The desire to show the horrific nature of war and futility of monarchy is admirable, but Henry’s internal battles aren’t given enough time to become fully effective.

The King will be released in UK cinemas 11th October, and then on Netflix 27th November.

Are you excited to see The King? Let us know on social media.