It has been a wonderful decade for cinema. We have been entertained by several new entries to the Star Wars saga, terrified by monsters such as Pennywise and the mind of Ari Aster, and moved, often to tears, by the likes of Martin Scorsese, Barry Jenkins and Greta Gerwig.

So, picking films for your best of the decade list is essentially like trying to pick between your children.

Yet, here I am, having picked my favourite. It may not be as ‘high brow’, ‘high art’ as some of the more obvious choices, but it’s the only film I have watched several times this decade and without a doubt, will watch several times during the next.

It’s Drew Goddard’s The Cabin In The Woods. 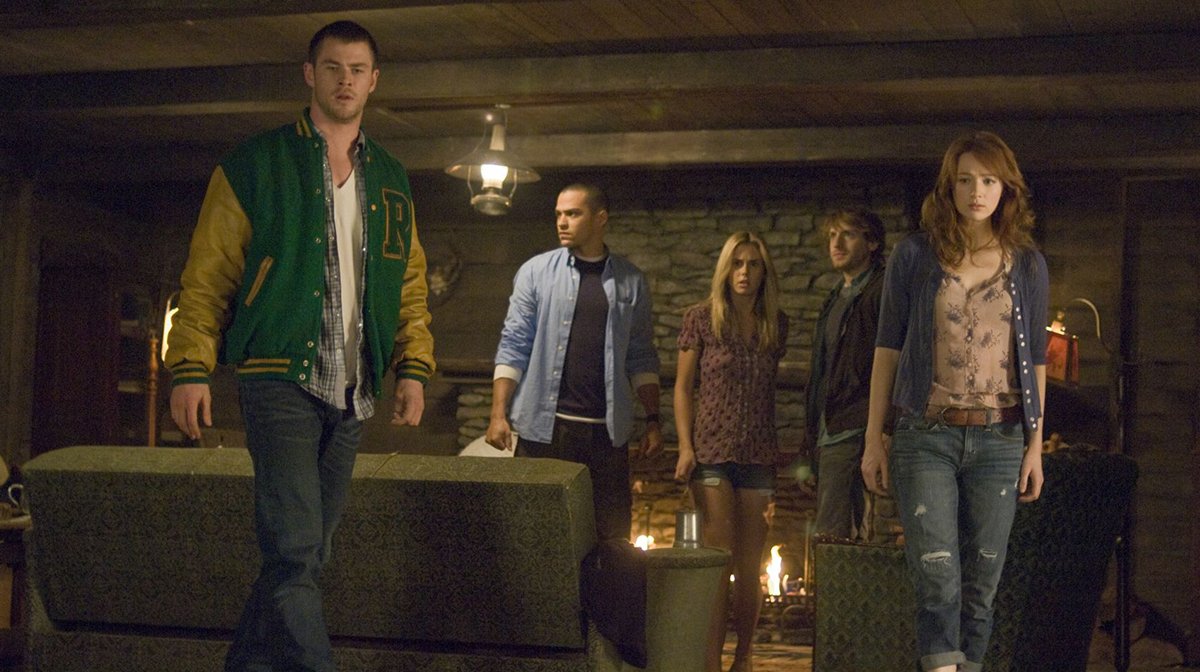 It’s a film that works both as a love letter, and a deep criticism of the horror genre and its tired tropes.

Every scene is either gleefully violent, or simply hilarious; what else could you want from a film? It’s a rare movie where the filmmakers’ love and passion for a genre really comes through in a very entertaining way.

Cabin follows five kids as they travel to the titular cabin in the woods, and as expected (this is a horror film after all) things go horribly wrong. 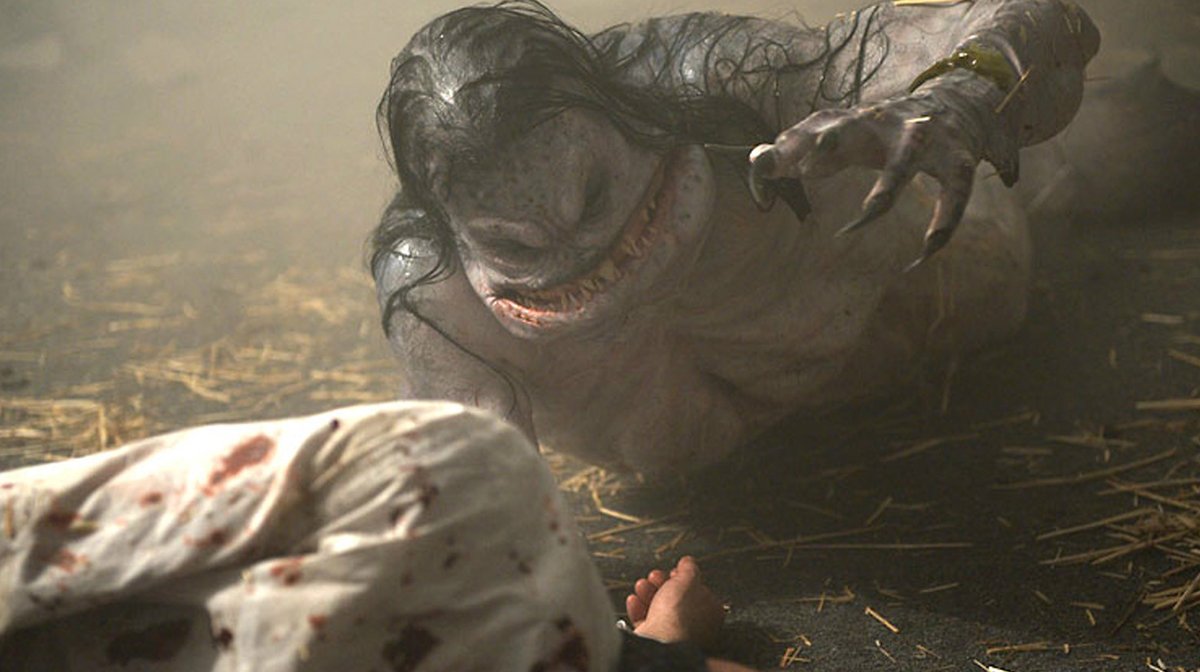 The catch is that we’re not only observing the events through the eyes of the kids, but also through two workers; Sitterson and Hadley.

This duo work in a secret government underground facility where a team of employees works feverishly to ensure the kids behave as they should, and die as they should, to appease ancient gods beneath who will end the world if not satisfied.

Did I mention it’s also a comedy? 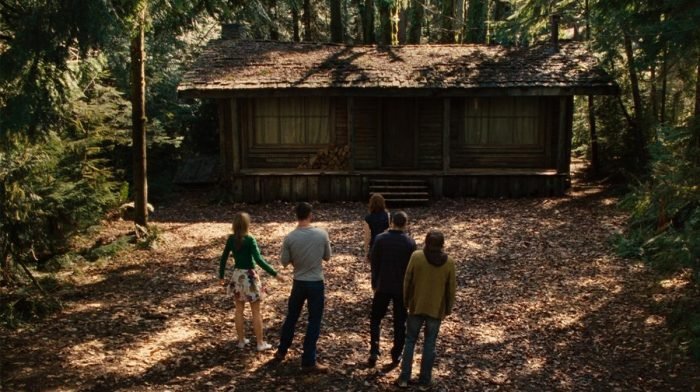 Written by Joss Whedon and Goddard, Cabin is a hoot of a film, filled with perfect one‐liners and gloriously bloody kills.

But look deeper into the narrative and themes and the film reveals its makers as deeply in love with, but also frustrated with, the direction their favourite genre has gone.

The ancient gods, rumbling deep beneath our feet, can be seen as representing modern audiences, demanding entertainment. Every year all of the countries on Earth have to put on a show to ensure our safety as species, providing entertainment for the gods. 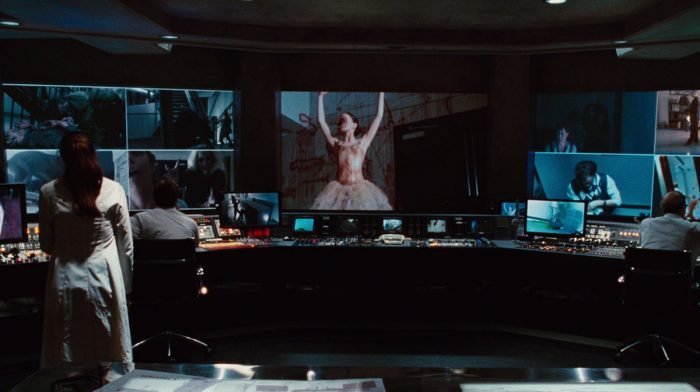 All countries must stick to script; in America’s case, it’s the classic set up of young kids alone in the woods, who must die in horrible ways, punished for their transgression and essentially, their youth.

Sitterson and Hadley orchestrate scenarios to appease the gods, going as far as controlling the temperature and lighting outside to get the beautiful blonde, Jules, to take her top off.

They have a chemistry department who have tweaked things, such as the weed and hair dye to change the kids’ personalities to better suit the desires of the gods.

Jules is now the dumb blonde (‘very artistic’ muses Sitterson), Curt has become a jock, Holden a nerd, and Dana the virgin, despite not actually being one. 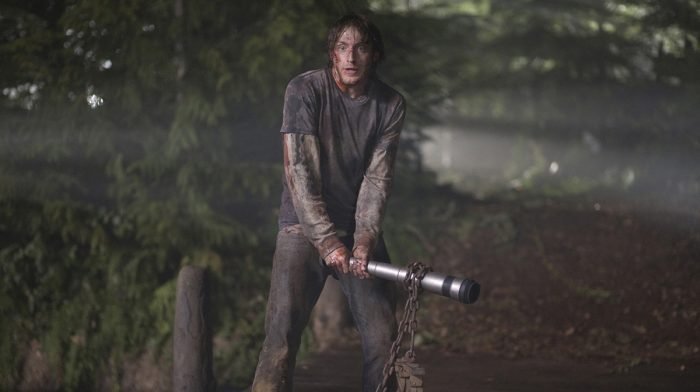 The gods can also be seen as representing the film studios, in turn demanding formulaic, lazy horror films. There’s no room for new insight or narratives here, the filmmakers have to abide by the strict rules the studios set out for them.

Whedon has confirmed that Sitterson and Hadley represent himself and Goddard, and it’s easy to see.

The pair control everything, ensure the narrative is concluded in a satisfying manner, and most importantly, do it with plenty of creative flair. 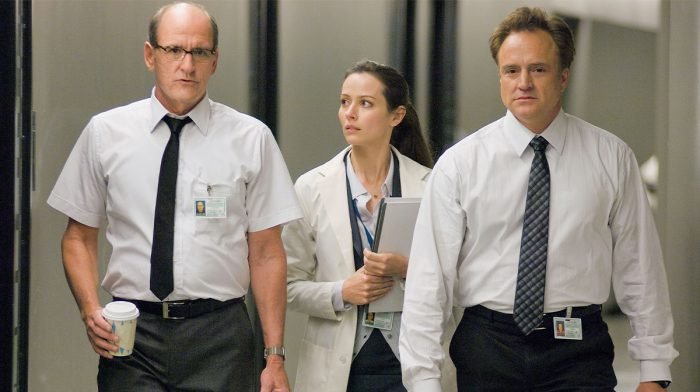 Cabin fearlessly exposes the genre’s faults, but it also praises its fantastical elements. There is a lot of love present here, even when Cabin clearly criticises current horror films.

And there’s plenty of nostalgia and homage involved, Evil Dead being the most obvious point of reference, but it’s also a Whedon joint through and through.

Lines like ‘Dana, you fetching minx!’ could not have been written by anyone but Whedon, and Cabin is a ridiculously charming piece of gory horror. 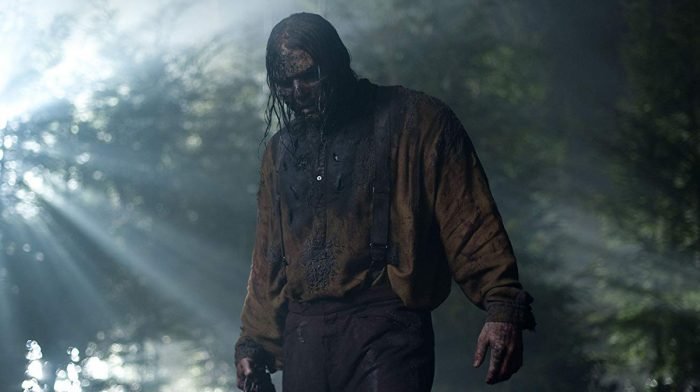 The film’s best asset is its love for monsters. Instead of focusing on one villain, like a lot of horror franchises do these days, Cabin presents you with almost endless options for bad guys.

While we never root for the monsters, there is something incredibly fun and disturbing in watching a montage of the various monsters wreaking havoc in the building. Never underestimate a film that entertains as well as comments on its subject.

For me, Cabin is the obvious choice as my top film of the decade, simply because it has it all; spectacle, a bit of romance, terrifying monsters and plenty of jokes.

On top of all this, it also has much to say about my favourite genre. And as much as I love Jennifer Kent’s The Nightingale or David Fincher’s The Social Network, it’s Cabin In The Woods that I turn to when I want to watch a film I deeply love.