But the gates are about to open on that long road to the Academy Awards. Time was that the season kicked off just a couple of months beforehand, but now it starts at the same time as two major film festivals, both seen as indicators for nominees and winners.

Venice opens today (28th August) and Toronto on 5th September. They have a habit of getting it right. 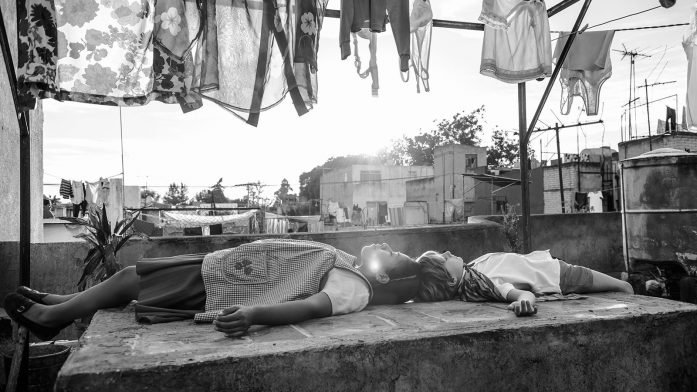 Yet Toronto’s People’s Choice Award is probably the most coveted of the lot. Last year it went to Green Book, in 2015 it was Spotlight and in 2013 it was 12 Years A Slave. See what we mean?

The buzz surrounding some of the titles in their line-ups is already close to deafening, and what’s emerging is an early set of front runners for the 2020 nominations. As well as one or two that are already out of the starting blocks.

The Academy can pick up to ten nominees, but last year stopped at eight. Groundbreakers came in the shape of Black Panther and the first Netflix title to be nominated, Roma, although neither walked off with the ultimate prize.

The one to beat, for now, is Martin Scorsese’s long-awaited The Irishman. The Netflix title gets its world premiere at the New York Film Festival next month, and closes the London Film Festival in October.

Why all the fuss? Scorsese, re-united with Goodfellas stars De Niro and Pesci, and directing Pacino for the first time, end of.

With a budget of $160 million, think of those de-aging special effects in the trailer, it’s impossible to imagine that Netflix will hold back on its awards campaign.

But that isn’t their only potential contender. Noah Baumbach’s domestic drama Marriage Story will be at both Venice and Toronto and, while this indie doesn’t shout as loudly as The Irishman, it has Adam Driver and Scarlett Johansson in the leads. Enough said. Netflix could have a double whammy on its hands, and a winner would be a game changer.

It’s not an obvious Oscar choice, but Taika Waititi’s anti-hate satire JoJo Rabbit is increasingly looking like a contender as its Toronto debut approaches. And if he turns out to be a winner, we all want front row seats for his acceptance speech. It will be like no other.

Out of the blocks already is Quentin Tarantino’s Once Upon A Time In Hollywood. Tinseltown’s favourite maverick has won two Oscars, but has never bagged the big one. Released in July in the US, and in UK cinemas later on, it’s scoring highly with audiences and critics. That early release doesn’t seem to be damaging its chances of a nod. 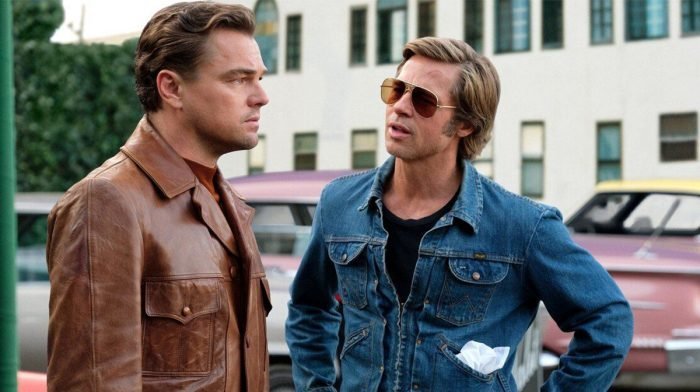 Almodovar’s Pain And Glory and Joon Ho Bong’s Parasite debuted at Cannes in May, and both won. Antonio Banderas took Best Actor, while the Korean title received the Palme d’Or.

Success at Cannes doesn’t necessarily translate into Oscars, and foreign language films rarely get recognised. In fact, only ten have ever been nominated, but 2020 could be different.

All of which adds up to more than ten… That’s one wide open category.

Just five slots make this hard to call, both now and closer to the nominations announcement on 13th January. But the current front runners sound familiar.

Scorsese is a favourite again with just about every pundit putting him at the top of the pile for The Irishman and, with such early support, he could be tough to dislodge.

But 2000’s winner, Sam Mendes, is snapping at his heels with 1917. And there’s Tarantino and Waititi hovering within shooting distance.

2019’s category was notable for its absence of women directors. A similar imbalance this year is unthinkable.

Hopes are high for at least a nomination for Kasi Simmons’ work on Harriet. But there’s also Lulu Wang for The Farewell, Marielle Heller for A Lovely Day In The Neighbourhood (the Mister Rogers bio-pic, starring Tom Hanks) and, even though it’s presently seen as an also-ran for Best Picture, Little Women could throw Greta Gerwig into the frame.

Life could get interesting if her partner Noah Baumbach is in contention for Marriage Story.

After his nod for Black KkKlansman, Adam Driver is a serious prospect for Marriage Story.

But competition will be ferocious: De Niro for The Irishman, Jonathan Pryce for The Two Popes, Banderas for Pain And Glory, along with Hanks for A Lovely Day In The Neighbourhood and DiCaprio for Once Upon A Time, are currently in line.

Ian McKellen as a con-man in The Good Liar is another possible, but the love for Taron Edgerton’s Elton John in Rocketman seems to have faded.

Cynthia Erivo in Harriet is the one to watch here, but Marriage Story looks likely to figure again, this time for Scarlett Johansson’s performance.

Other potential nominees for now are Saoirse Ronan in Little Women, Awkwafina in The Farewell, as well as Meryl Streep for fraud drama The Laundromat – potentially a record setting 22nd nomination.

The Oscars isn’t just about nominations. The run-up to this year’s ceremony was littered with banana skins. The Popular Film award. The host. Awards in ad breaks.

With luck, next year’s ride will be easier, but BAFTA has already opened up the debate about new awards by announcing one for Casting. Could Oscar follow? The BAFTAs are handed out a week beforehand, after all.

With just under six months to go before the ceremony, don’t place your bets just yet. But keep an eye on the ones we reckon will be in the frame. We could be right…

What do you think of our early predictions? Let us know on social media.