As one decade closes, another opens, and 2020 promises to kick off the next one in spectacular style.

Coming to a cinema near you, we have the pleasure of welcoming back big guns like Christopher Nolan, Edgar Wright and even King Kong across the next 12 months – not to mention James Bond’s 25th cinematic assignment.

Distilled into the ten most mouthwatering releases, we’ve taken a deep dive into the 2020 calendar and listed for you the best of the best on the horizon.

Margot Robbie’s Harley Quinn was the best thing in David Ayer’s Suicide Squad back in 2016, and has quickly become something of a DC icon in the time since.

Disconnecting from her poisonous relationship with the Joker, this spiky villainess gets her own spin-off with Birds Of Prey (And The Fantabulous Emancipation Of One Harley Quinn) – a girl-gang epic set to light up the big screen in serious style.

Kitted out with a pet hyena, as well as some kick-ass new sidekicks, Harley’s emancipation could be the perfect tonic to the overstuffed male vigilantism we’re fed every year.

God of the animation world, Pixar, has a colourful fantasy drama lined up for the first quarter of the year.

Featuring the voices of Marvel Cinematic Universe (MCU) heroes Tom Holland and Chris Pratt, Onward promises to be one of 2020’s most enjoyable releases.

Set in a magical realm where unicorns have been relegated to dustbin pests, Onward follows two adolescent elf brothers who embark on a journey to spend one last day with their deceased father. Box of tissues, anyone?

It’s been a long road to the big screen and following 2015’s Spectre, which received mixed reviews, the James Bond franchise needs a jolt of adrenaline.

Thanks to the latest trailer, it looks like No Time to Die will be well worth the five-year wait, with stars Ralph Fiennes, Naomi Harris, Ben Whishaw, Christoph Waltz and Jeffrey Wright also back on the scene as established characters.

The paranormal baton has been passed down the Reitman ranks, as acclaimed filmmaker Jason takes on his father Ivan’s iconic franchise.

Who ya gonna call… to go with you on opening night?

The name ‘Christopher Nolan’ carries with it a particular strand of prestige – if you’ll forgive the pun.

Scheduled for a mid-summer release, the visionary filmmaker’s latest effort Tenet is painted in deep mystery, but that’s what we’ve come to expect over the years since his breakout film Memento.

Even with a new two-minute trailer to go off, Nolan is inviting fans to speculate. However, tonally and visually, it’s fair to suggest that Tenet could be a distant relative of the director’s mind-bending masterpiece Inception.

After openly admitting that this is ‘the most ambitious film we’ve made’, can Nolan continue his reign as Hollywood’s most consistent player? 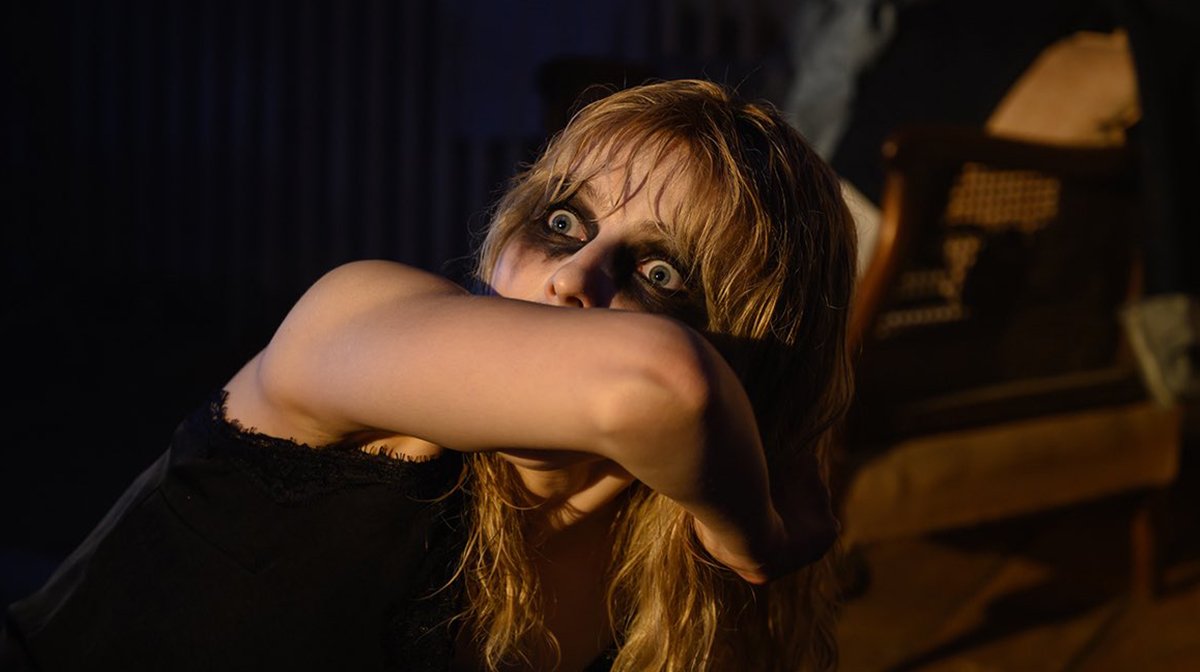 Coming off the back of his highly-regarded musical thriller Baby Driver, Wright returns to home soil for Last Night In Soho – offering audiences an unhinged perspective on a famous London district.

The Many Saints Of Newark – 25th September 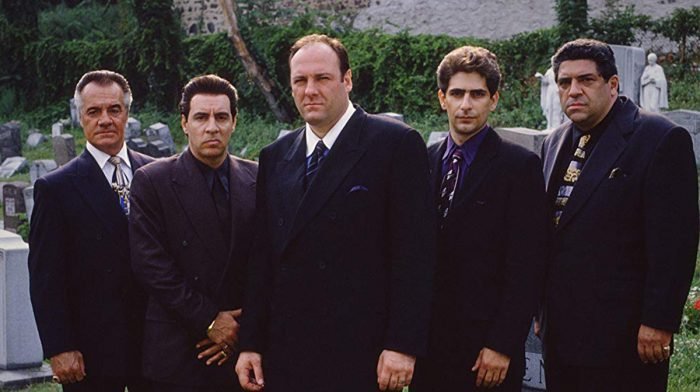 13 years since The Sopranos controversially cut to black in its series finale, creator David Chase resurrects a mafioso universe that changed pop-culture forever.

In a genius execution of casting, the late James Gandolfini’s son Michael plays a young Tony Soprano in this prequel set amongst the 1960’s Newark riots.

A project of this magnitude is bound to attract names of a certain quality, and so the likes of Ray Liotta, Jon Bernthal, Vera Farmiga and Alessandro Nivola are also on-board in major roles.

We’ve got goosebumps just thinking about it. 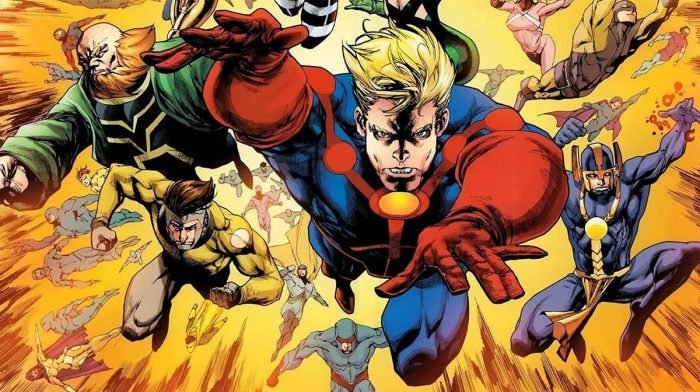 After the May release of Black Widow – another film worthy of this list – the MCU extends into celestial territory, debuting a team of super-gods generally unfamiliar to the average follower.

Think Guardians Of The Galaxy, only waaaaaay more powerful and waaaaaay less funny. Meanwhile, The Eternals will also introduce the MCU’s first ever deaf superhero. 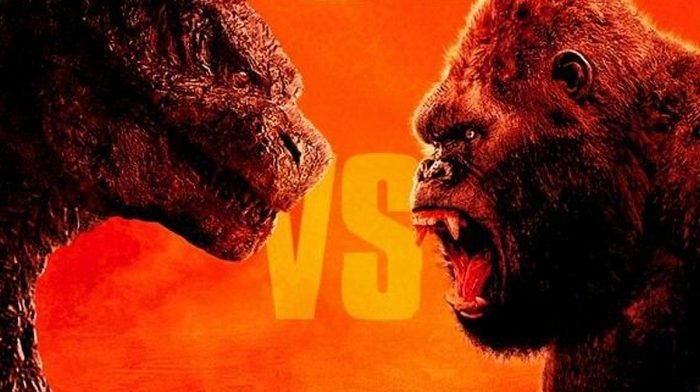 This one was a tough call. Godzilla: King Of The Monsters and Kong: Skull Island weren’t exactly the greatest creature-features we’ve ever seen, but combining them has the potential to be something quite special.

Although both plots were wonky and the acting a little bit pedestrian, the saving grace is that they managed to showcase some seriously eye-popping battle scenes, featuring the coolest monster designs in years.

Originally pencilled in for a March release date, the filmmakers need more time to perfect their Godzilla vs. Kong remake, so we can only hope that they also sneak in some compelling character arcs to accompany the ground-shaking smack-downs. 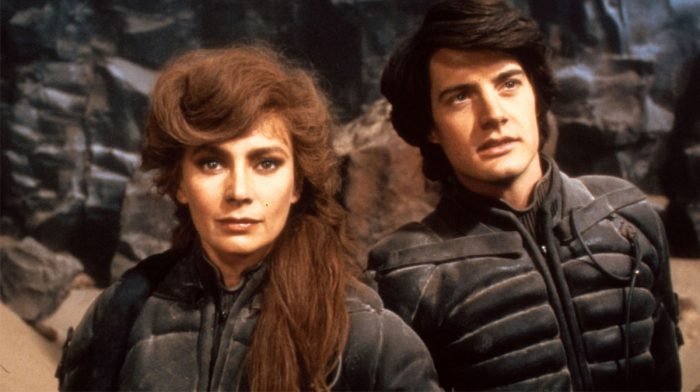 Crashing onto the big screen at the tail end of 2020 comes Denis Villeneuve’s Dune, a new adaptation of Frank Herbert’s seminal sci-fi novel of the same name.

Labelled ‘Star Wars for adults’, Dune has an intimidating narrative to wrangle, so much so that Villeneuve is splitting it into two parts.

Fortunately for fans, the French-Canadian director’s craft has peaked at just the right moment after producing a string of game-changing sci-fi’s (2016’s Arrival and 2017’s Blade Runner 2049).

With betrayal, all-out war and ginormous sand worms the order of the day, prepare to have your mind blown.