1st May 1990. It was a Tuesday. Sinead O’ Connor was number one in the Billboard charts and a young Wes Anderson had just turned 21 years old. It was, all things considered, a very slow news day.

Behind the scenes, however, something was stirring. A pair of up‐and‐coming writers named Neil Gaiman and Terry Pratchett released Good Omens – a novel about an angel and a demon working together to stop Armageddon – and it quickly became a cult classic.

In fact, it was so popular Hollywood bought the rights to a film adaption almost immediately, and in the years since the book has won a litany of awards, and has even been voted one of the United Kingdom’s 100 favourite novels of all time. 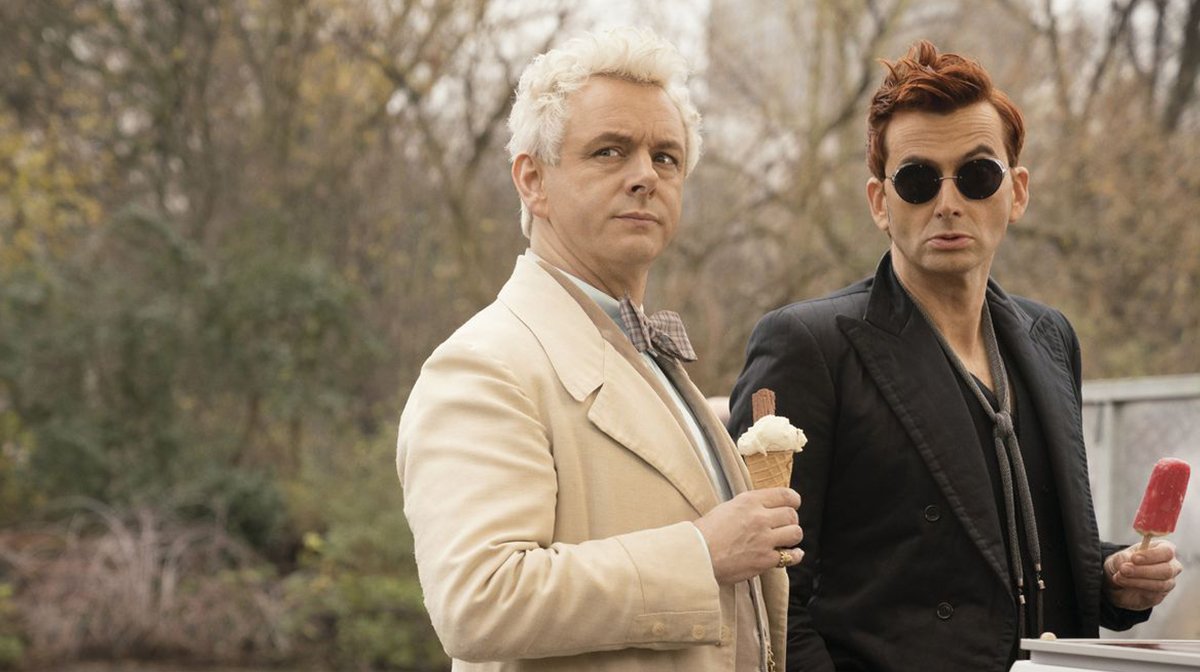 Why then did it take 29 years (and one month) for the fantasy/comedy epic to finally hit our screens?

Good Omens spent much of the 1990’s being thrown from one production company to another, however the vision each had for the film was so far removed from Gaiman and Pratchett’s original idea that it never even made it past the pitching stage.

‘I remember Terry and I went out to Hollywood together and had one of those great, awful, aborted film experiences that everyone should have’, Gaiman explained in an interview with Tim Ferriss.

‘It was magnificently dreadful. After that we agreed we were done with anything to do with Good Omens, and spent years saying no to anyone who wanted to buy it.’ 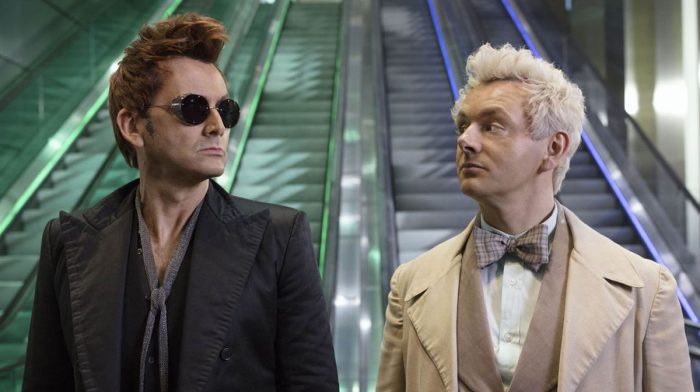 It took until the early 2000’s for solace to arrive in the form of writer and director Terry Gilliam, who had been interested in filming the book ever since its release.

Over the next few years a script was finally created that both authors were happy with, and Johnny Depp and Robin Williams were cast in the starring roles of the demon Crowley and the angel Aziraphale, respectively.

Everything was in place – an excellent cast, a veteran director and a script that had the blessing of both original authors. And then… no major studios were willing to finance the project. 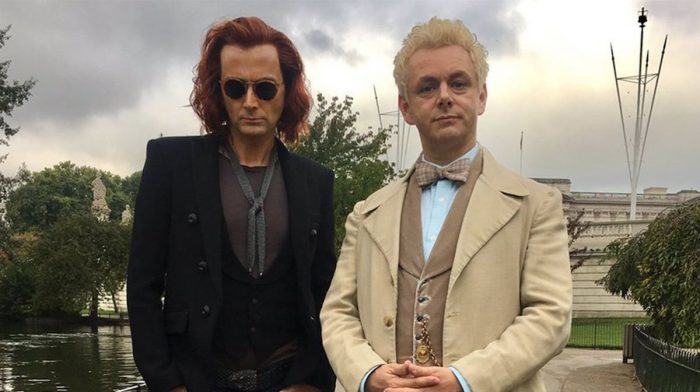 With 9/11 still fresh in everyone’s memory, companies were not prepared to fund a film about the end of the world, regardless of how optimistic and ultimately hopeful it might be.

As a result the project was put on hold once again, and for almost a decade it seemed as if the long‐rumoured Good Omens adaption had finally been given up on.

In February of 2011, however, it was announced that a television series was in the works, and was to be written by fellow Monty Python alumni Terry Jones.

Unfortunately, one production issue after another ultimately resulted in the series fizzling out before it had even started, and Good Omens was sent hurtling back into limbo. 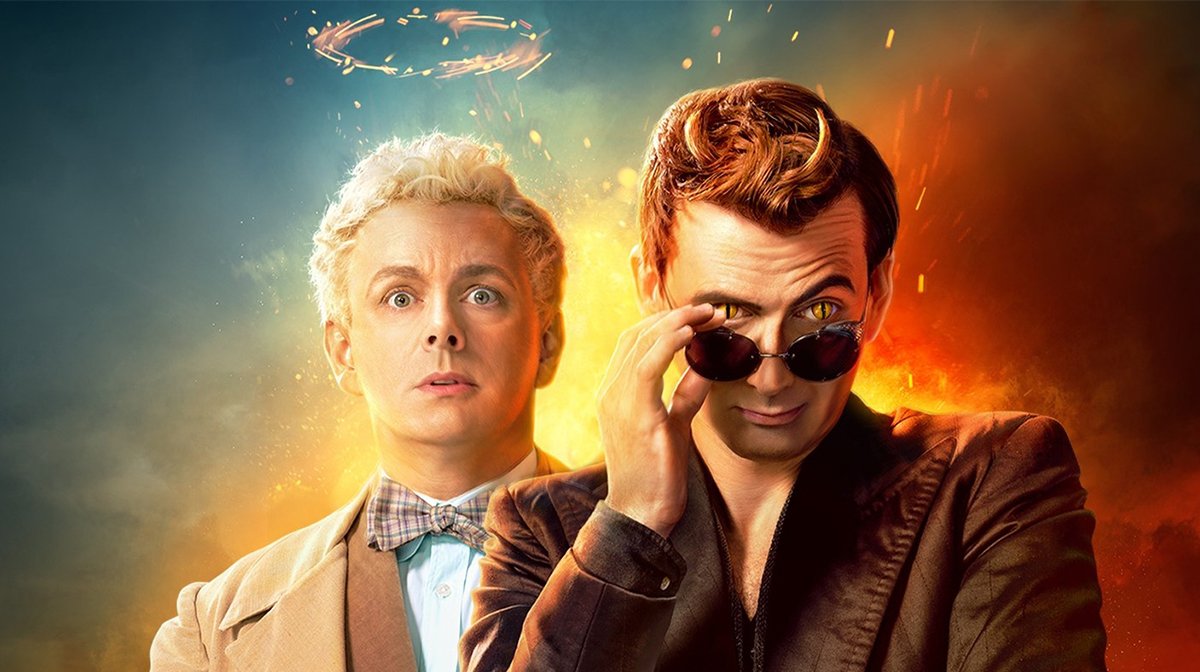 Three years of silence followed, until at last, in December 2014, the Armageddon epic resurfaced in the form of a six‐part radio play produced by the BBC.

It wasn’t exactly what fans had been clamouring for all these years, but with a cast including the likes of Peter Serafinowicz, Mark Heap and Josie Lawrence (who would later resume her role of Agnes Nutter in the TV series), and featuring cameos from Gaiman and Pratchett themselves, it was hard to complain.

Tragically however their time recording together was to be the last the pair would ever see of each other. Seven years earlier, Pratchett had been diagnosed with a rare form of early‐onset Alzheimer’s, a disease which took his life just months after recording. He was 66. 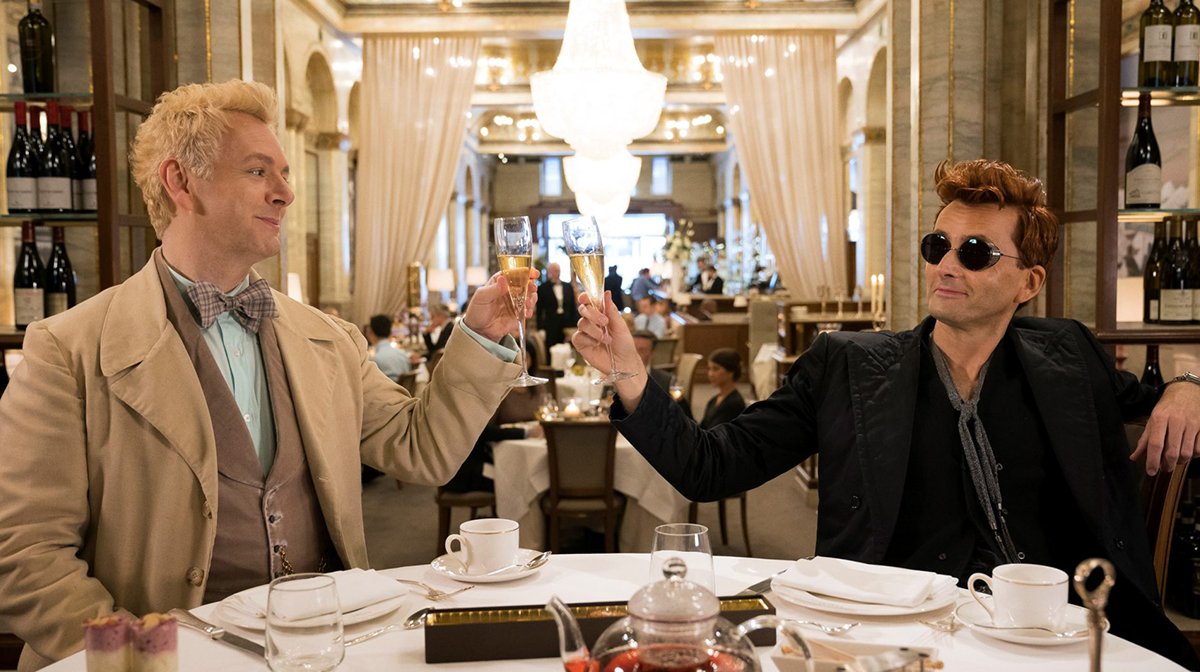 Ever since the book’s original publication in 1990, the pair had promised they would never work on anything relating to it without the other.

Shortly before his death, however, aware of his rapidly deteriorating health, Pratchett wrote to Gaiman asking him to create the series without him.

‘You have to make it’, the letter read, ‘because you’re the only person who has the same passion for and understanding of Good Omens I do’, Gaiman recounted in an interview with CNET. ‘I said okay, and then he died, and I was suddenly dealing with a last request.’ 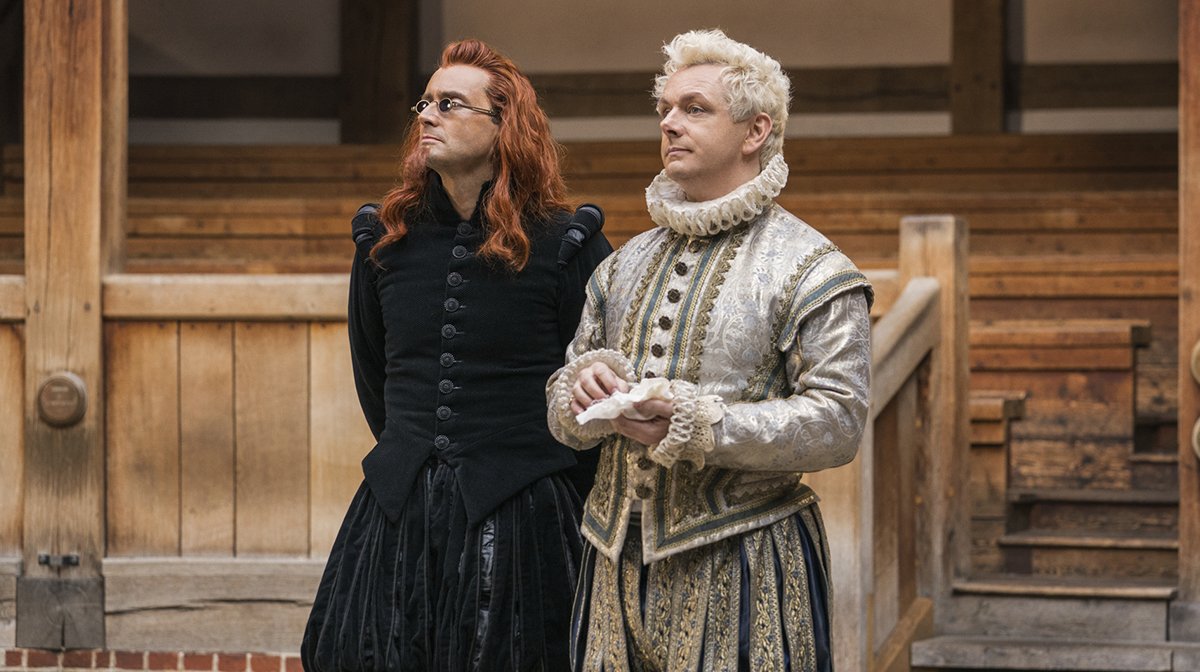 Determined to fulfil his friend’s wish and tired of executive interference, Gaiman spent the next four years writing the series and acting as show-runner.

In January of 2017 it was revealed that the Good Omens TV series would be a joint production between Amazon Studios and the BBC, and a few months later Michael Sheen and David Tennant were announced to play the lead roles.

At last, on the 31st May 2019, almost 30 years after the book’s original publication, the Good Omens TV series was finally released for everyone to see.

The six‐episode romp was met with a hugely positive reception from fans and critics alike, balancing ineffable, world-ending stakes with enough heart and humour to remain surprisingly grounded.

All of this is aided, in no small part, by Sheen and Tennant’s crackling chemistry – and it’s during these quieter moments, when the pair are given room to bounce off one another, that the show truly feels worth the wait.

It seems apt, then, that Good Omens – a story about two old friends doing everything they can to help each other – is strikingly similar to the story that led it to be made in the first place.

Good Omens is available on home media today, including a steelbook edition.