Marvel fans are still reeling from the monumental events of Avengers: Endgame, a film which not only dramatically changed the MCU, but cinema itself.

As we mourn the loss of heroes like Iron Man, Spider-Man: Far From Home comes swinging in with boundless joy, excitement and energy.

The perfect palate cleanser, the latest Spider-Man movie not only addresses the changed post-Endgame world paying tribute to Tony and his fellow Avengers, but it also looks towards the future of the MCU, while also leaving you beaming with joy.

And let me tell you this, the future is in good hands.

Far From Home picks up with Peter Parker as he grieves the death of his mentor, and struggles to answer the question everyone is asking: ‘are you the next Iron Man?’

Desperate to hang up his Spidey suit and take a break from the superhero business, Peter goes on a school trip across Europe, hatching a plan to win over MJ.

Of course Nick Fury has other plans, hijacking the holiday and recruiting Spider-Man to fight the Elementals, alongside the mysterious new hero Quentin Beck. 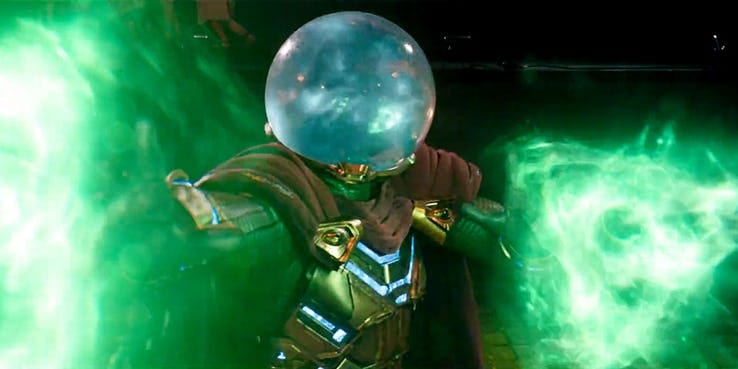 Even though the film’s title is Far From Home, within the first few minutes you feel right at home as that irresistible boyish charm which made us fall in love with Homecoming kicks in.

From that moment I didn’t stop smiling and laughing as Peter tries to woo MJ, Ned picks up a new girlfriend and Mr Harrington shares too much information about his marriage.

Like with Homecoming, returning director Jon Watts’ passion for coming-of-age and teenage high school films shines through, and we are more than happy to watch Peter and company hilariously cope with youth. 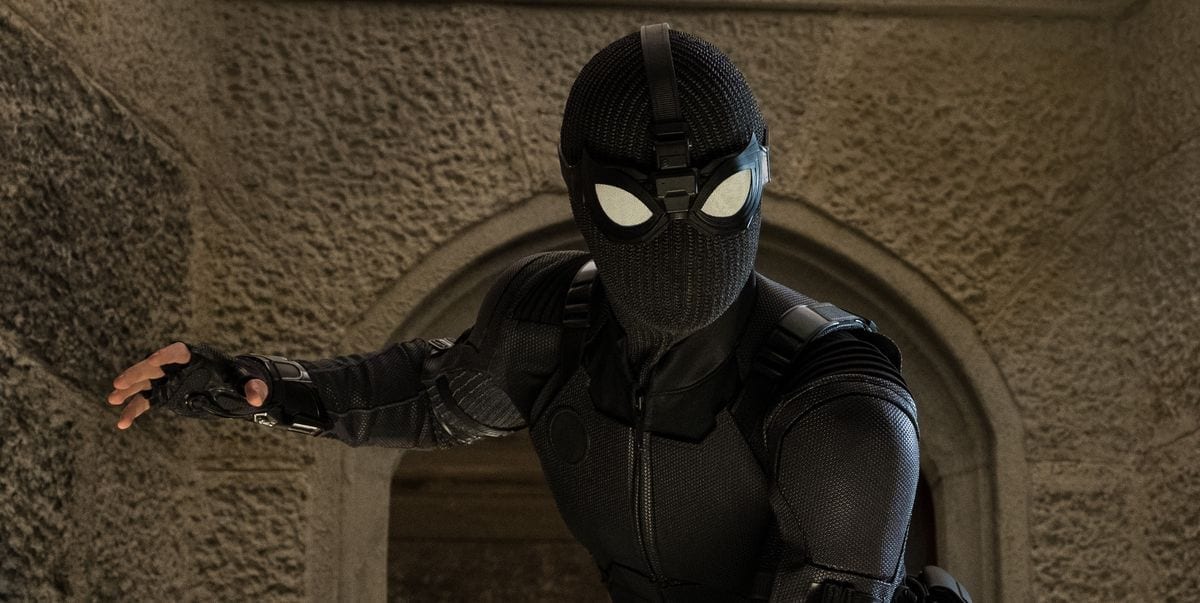 Far From Home though never forgets it is predominantly a superhero movie, and when Fury and Beck step onto the scene, it becomes more mature.

It is pretty impossible to discuss this part of the movie without spoilers, but I don’t want to ruin the experience for you so I will tread very carefully.

I can promise you though it is action-packed with unexpected twists, and the most fun you will have in cinema this summer. 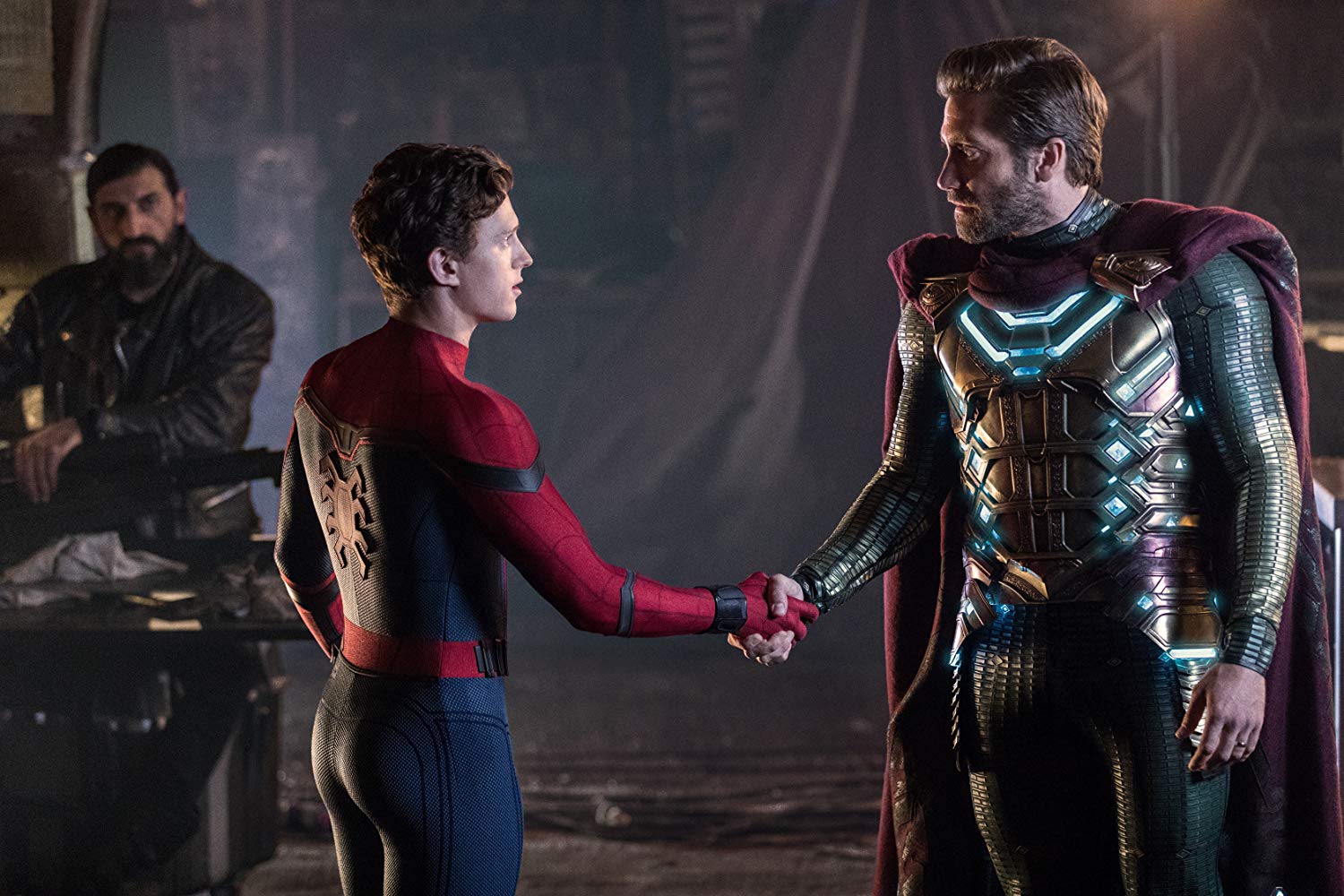 The film allows Tom Holland’s Spider-Man to really grow, as he hesitantly steps up to take on new threats, and finds out what it means to be both a man and a hero.

Holland has always been both the perfect Spider-Man and Peter Parker, but in Far From Home he is better than ever, toning down his character’s youthful exuberance as he struggles with the great responsibility thrust upon him.

Is he the best live-action Spider-Man to date? For me the answer without hesitation is yes.

Very, very nearly stealing the spotlight from Holland is the ever brilliant Jake Gyllenhall as Beck, a.k.a. Mysterio.

Spider-Man fans have been desperate to see Mysterio on the big screen for years, and Gyllenhall’s fantastic performance is well worth the wait as he truly brings the character to life.

Director Watts takes full advantage of Mysterio’s magic, having fun with the film’s visuals including effects which are as mind-bending as those featured in Doctor Strange.

This and Spidey’s balletic swinging choreography makes Far From Home a movie you need to see on the biggest screen possible, so get to an IMAX if you can. 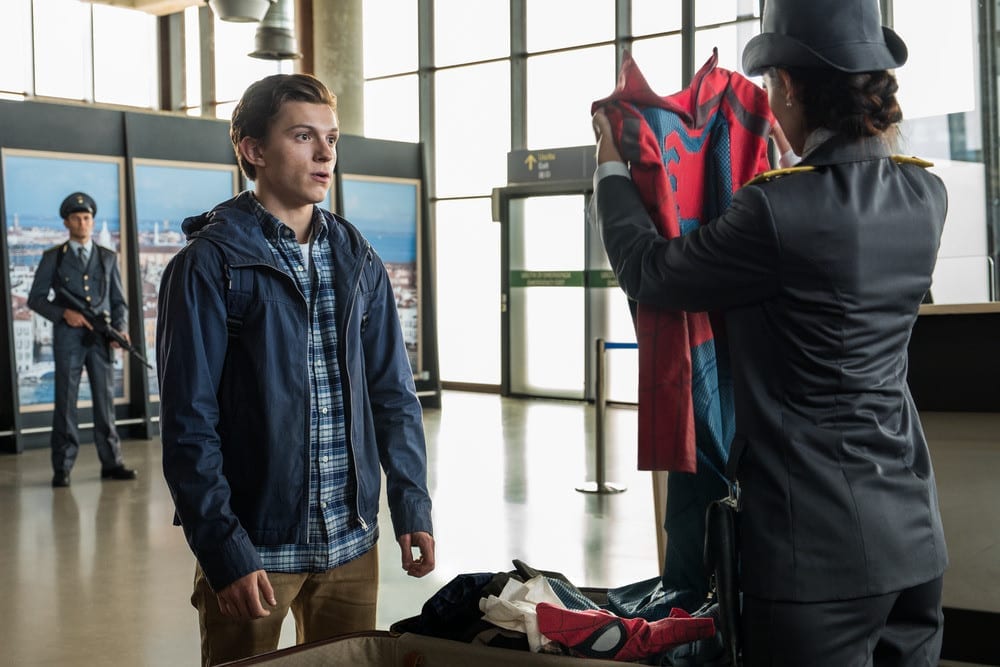 An absolute blast to watch, Spider-Man: Far From Home is never crushed by the weight of expectation and anticipation it has following Avengers: Endgame.

Bringing the Infinity Saga to a close with style, it also opens up new avenues for Phase Four to explore and if these movies are as good as Far From Home, then it is something to really get excited for.

P.S. Stay until the very end of the credits. You won’t be disappointed.

Are you excited to see Spider-Man: Far From Home? Let us know on social media.