Highly regarded as one of the most groundbreaking success stories in cinema, The Shawshank Redemption dismissed its well-documented box office flop, and has since become Hollywood’s poster boy for success in the face of failure.

It comes as no surprise during an era of action-adventure spectacles that a 142-minute-long prison drama about the human response to incarceration struggled to find a mainstream audience.

It failed to generate a million-dollar opening at the box office upon its opening weekend, and was thus unable to recuperate its $25 million budget. 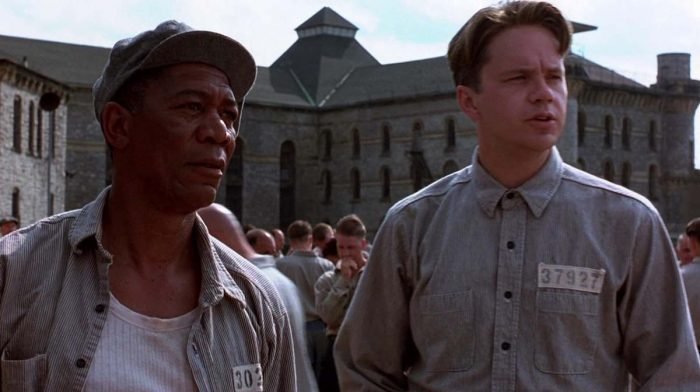 And 25 years later, The Shawshank Redemption is deemed as one of cinema’s greatest films, still reigning supreme in IMDb’s ‘Top 250 Films of all Time’ list, and being ranked fourth on both Empire’s ‘The 100 Greatest Movies’ and The Hollywood Reporter’s ‘Hollywood’s 100 Favourite Films’ rankings.

Even today, its insurmountable legacy has remained untarnished. But, why? 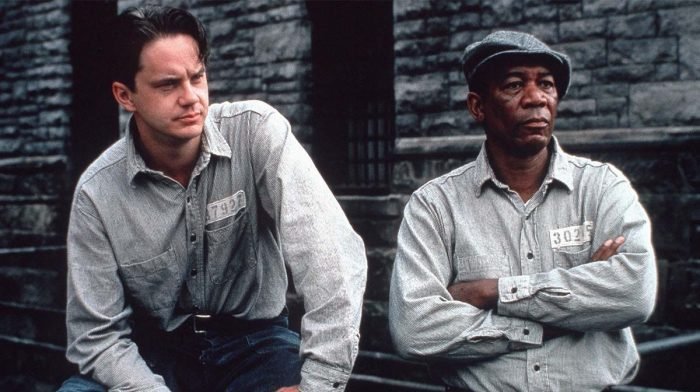 While many perceive IMDb’s ‘Top 250’ list to be a sign of a film’s universal likeability rather than its indisputable ranking of cinema’s best films, it is no easy feat for Darabont’s movie to stay at the top for over 25 years.

Being re-released in cinemas to commemorate its anniversary, it seems as if mainstream audiences are eager to witness such a classic slice of cinema on the big screen, many for the first time.

Much of the distinction regarding Shawshank is how it defies Hollywood’s traditional mode of filmmaking; the antithesis, if you will, of 1990’s action-oriented American cinema.

Even today we are experiencing this shift in the Hollywood landscape, one where synergy with the art-house picture is being encouraged with
studio backing. 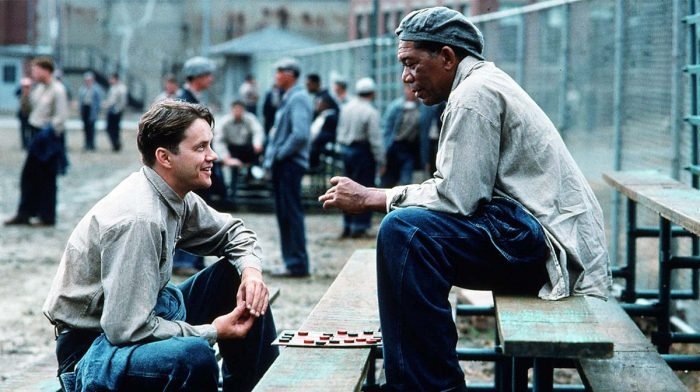 While Shawshank is, of course, a ‘prison’ movie, the fascination of which became popular due to increased incarceration rates in America, there are elements of the art cinema infused within the confines of Hollywood’s cause-effect narrative.

It is a slow-burning, 142-minute examination of human incarceration: the friendships, the hardships, and the institutionalisation of those seeking freedom, all neatly tied together by Morgan Freeman’s soothing non-diegetic narration.

The banality of The Shawshank Redemption is its strength. Darabont’s film follows Tim Robbins’ Andy Dufresne and his experiences in the Shawshank State Penitentiary, who has been accused of the murder of his adulterous wife and her lover.

Much of the story centres on Dufresne’s burgeoning friendship with Red (Freeman) and his rag-tag ensemble of fellow inmates, brought to life through some terrifically human performances from the likes of William Sadler, James Whitmore, and even Clancy Brown as the villainously corrupt Captain Hadley. 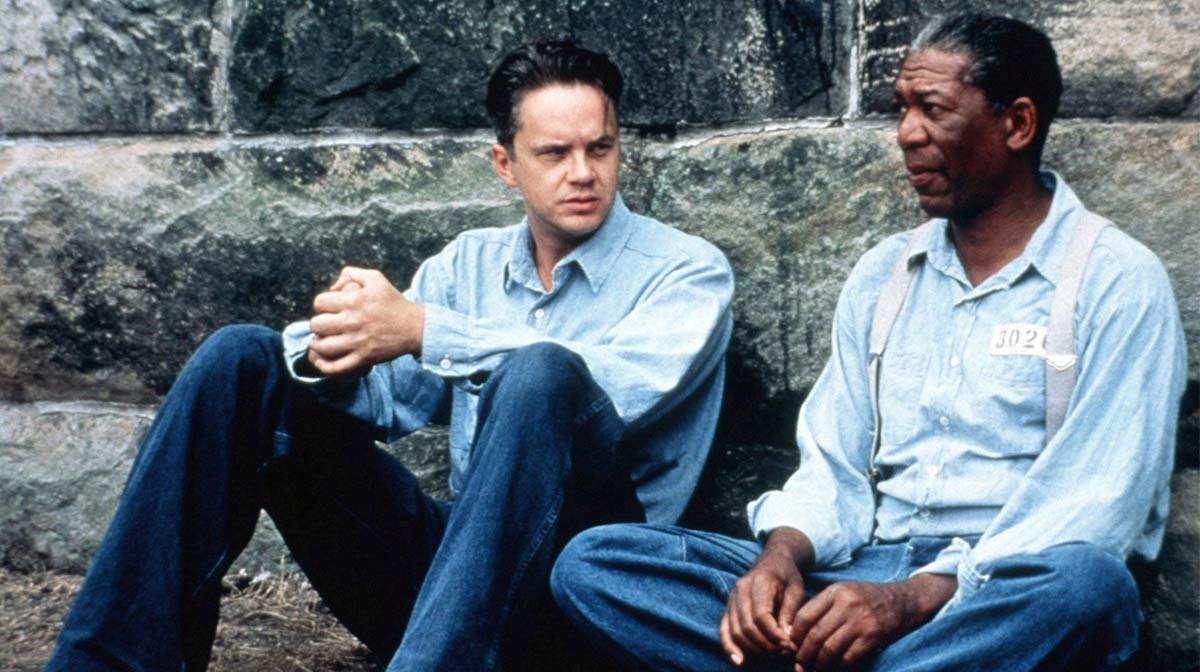 Equally as enthralling is the artistry brought on board by Darabont’s collaboration with Roger Deakins as director of photography, Thomas Newman as composer, and Terence Marsh as production designer.

Each of these contributions add to the heightened claustrophobia and volatile danger in which consumes the characters, acting as a catalyst for the career-best performances on display.

The Shawshank Redemption is a penetrating examination of America’s fragile justice system, both inside and outside of its
prison walls.

It illustrates the capability for the system to wrongly accuse an innocent man, for Dufresne to spend the rest of his life in prison for a murder he did not commit. 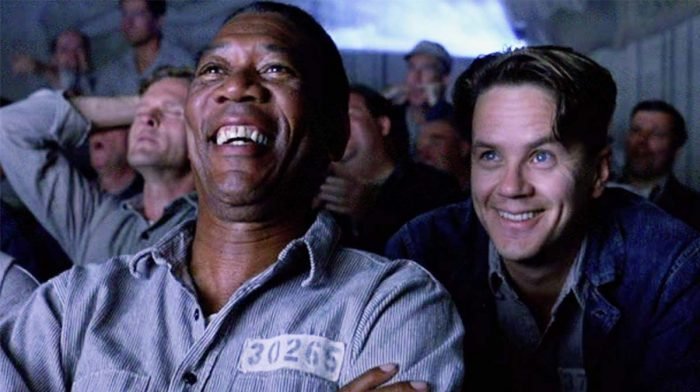 Such inherent corruption continues within the prison walls, with Hadley being the poster boy for illegal activity, answering only to the Warden who has left him off the leash.

The results are catastrophic: a fresh inmate is beaten to death, and Dufresne is almost thrown off a roof if not for his cunning use of intellect.

Dufresne, then, can be viewed as the antithesis to such cruelty; the face of a desperate, muted vigilante chipping away, both literally and metaphorically, at the walls of corruption that consumes him.

In a finale for the ages, the twist that Dufresne has escaped by tunnelling his way out, hidden behind a poster of the gorgeous Rita Hayworth, is the finest example of ‘sticking it to the man’. 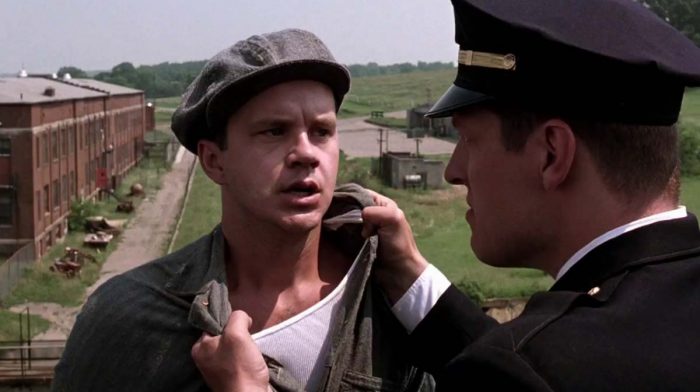 He uses his unparalleled intelligence to work under the nose of the Warden, befriending guards and fellow inmates just to manipulate them for his own gain.

He insistently writes daily letters to the State Senate asking for books to be donated to build a prison library, which he uses as a headquarters to teach fellow inmates to read and write.

Redemption in Shawshank is often achieved through this pursuit of knowledge, and Dufresne’s selfless nature in a world that has given him nothing but turmoil is something we could all be inspired by. 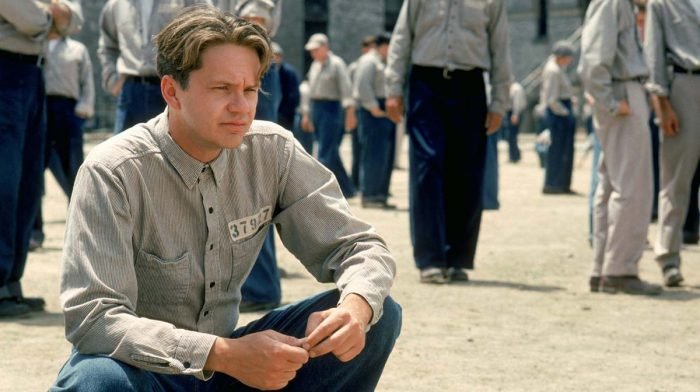 While it may be a reach, in this current political climate where governmental corruption and moral ambiguity is at an all time high, The Shawshank Redemption maintains its razor-sharp social edge in timeless fashion.

It’s a tale of justice in the face of injustice; the seemingly unobtainable pursuit of freedom.

If Andy Dufresne can tunnel through a river of shit and make it out clean on the other side, then maybe so can we.