Whether we like to admit it or not, films play a great influence on ourselves and the way we think.

We can imagine ourselves acting as the hero does, or think about our lives like a fairy‐tale not yet written, and a few of us have even had the chance to live out those dreams but become so involved with the past, that we pay little attention to what’s happening around us now.

Bombay Rose explores all these scenarios through characters living their day to day lives, just trying to get by and doing what they believe is best. 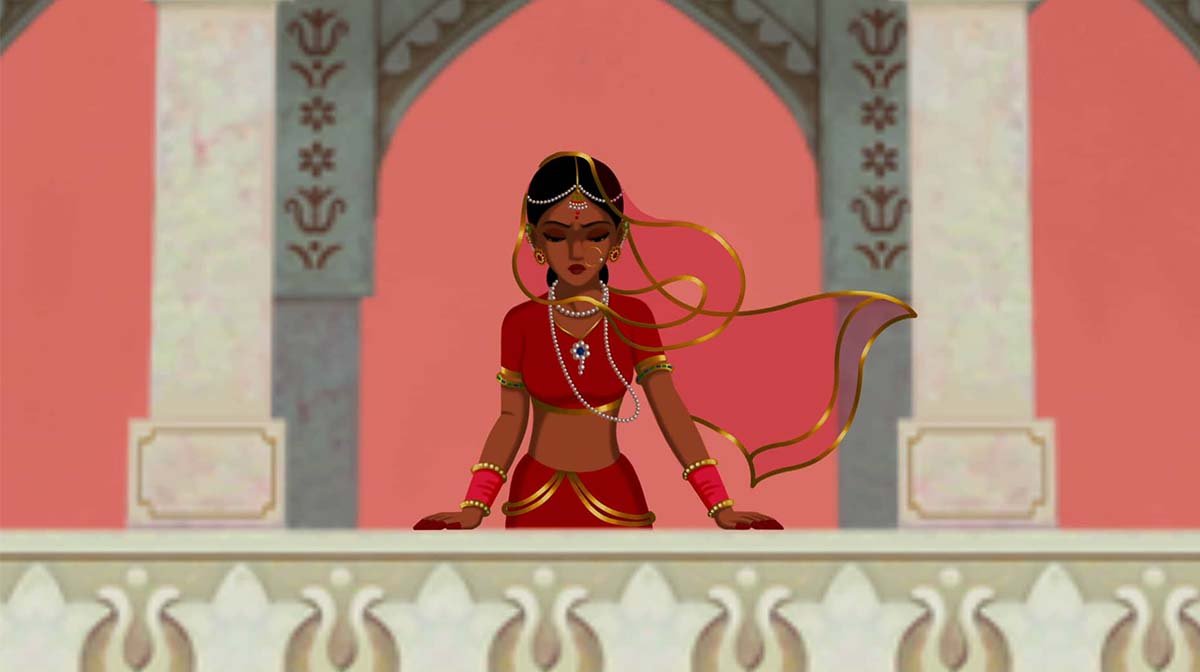 After escaping a child marriage, Kamala, her younger sister Tara and grandfather ran away to the city where she becomes a street seller, making flower garlands to pay for her sister’s education.

Salim, who sells flowers by the roadside, escaped war torn Kashmir to try and find a job.

Both wanting a better life and trying to find a way to get through the day, a tender romance plays out, but nothing is ever simple. 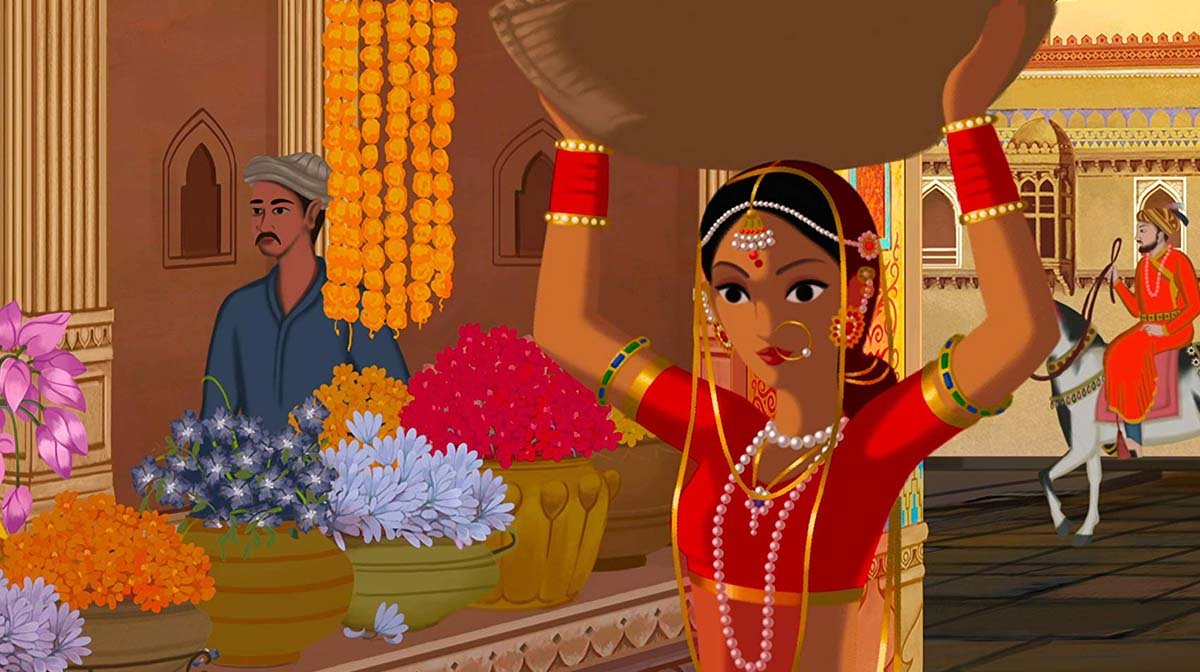 Despite what is happening in the story, to the characters, at no point do you feel you’re being preached at. The subject matter can be quite brutal and hard hitting, but this is played out as part of the story rather than a hot button issue that needs to be discussed and
dissected straight away.

Writer and director Gitanjali Rao invites us into the city of Mumbai and the lives of Kamala, Salim and Shirley, letting us see their love blossom, the secrets they keep and the past they can’t forget.

As a city with such a large population, it might seem difficult to wade through stories to tell, but Rao gives a very personal view that bring us closer to the characters and cleverly uses film as a device to delve deeper.

Salim often daydreams in a Bollywood film style, while Kamala’s feels more like a fairy tale romance. Shirley, as an ex‐actor, is a direct link to the movies, constantly talking about the past and reminiscing about the ‘good old days’. Film is a powerful tool, evoking an emotional response to the events that transpire, but real life is not like the movies. 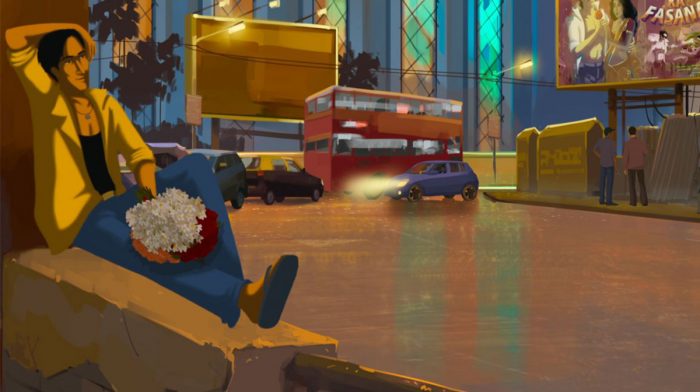 The film itself is beautifully animated, the colour palette dripping in bright and vibrant colours, even in the darkest of moments.

Though one of the most tender moments of the film happens in the rain, it is quickly followed by the heart wrenching finale, there is still a brightness to this story, hope that a better life can be made, once the rain is all gone.

Whenever an animated film in 2D features at a festival, the audience sits up and takes notice, but screened anywhere else afterwards, there is the major possibility for the film to fall by the wayside.

As Bombay Rose doesn’t seem to be aimed at a younger audience, this may become its fate, despite the tender and yearning story of dreams, love and family.

Bombay Rose currently does not have a UK release date.