Comedy favourite Adam Sandler brings his unique sensibilities to new heights with his turn in Uncut Gems, the new film from Benny and Josh Safdie (Good Time) that’s as funny as it is absolutely thrilling.

After the poor showings of Jack And Jill, The Week Of and other comedy bombs, fans of Sandler have become slightly disillusioned with his recent offerings, but trust us when we say he is back with a bang.

And to celebrate, here are some of the actor’s best performances from his career, including some hidden gems you might not know about… 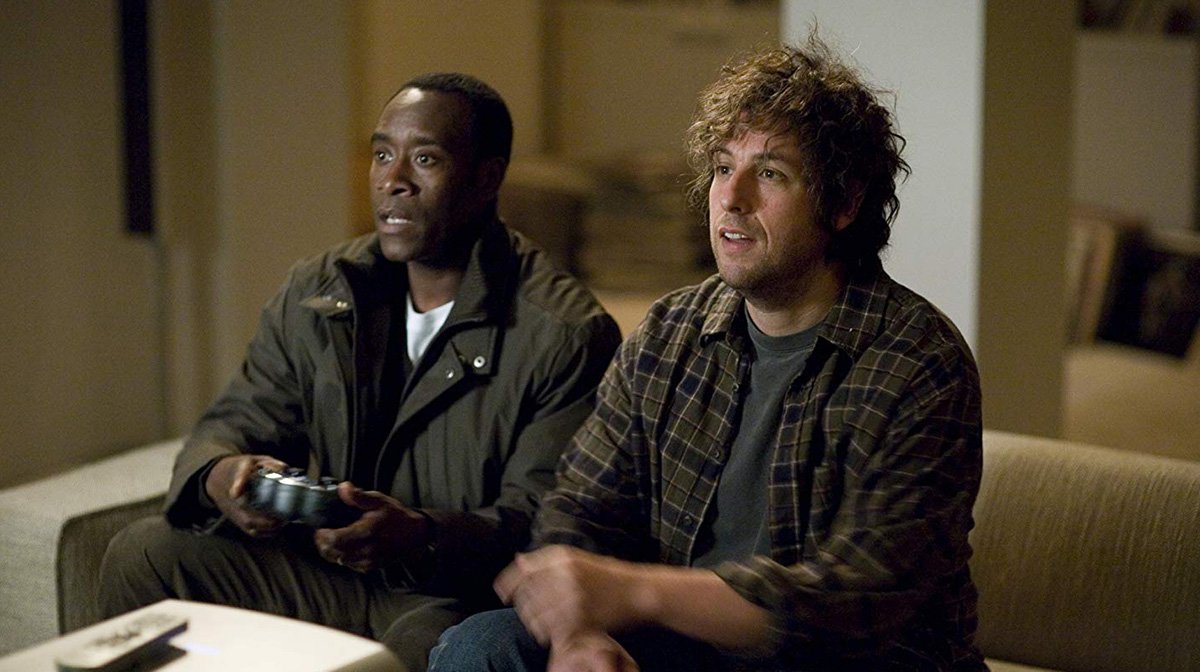 One of Sandler’s most underseen and underappreciated performances was in this drama from over a decade ago, starring alongside Don Cheadle (Avengers: Endgame) in a film which deserved a lot more traction than it ultimately got.

Written and directed by Mike Binder (The Upside Of Anger), Sandler plays Charlie Fineman, a successful doctor who lost his wife and daughters on September 11th and, through his loss, has seemingly removed the tragedy from his mind.

It’s through his rekindled happenstance friendship with his old college roommate (Cheadle) that Charlie begins to try to unravel his emotional state by seeing a psychiatrist, but such is his mental state, he may have already been lost.

A hard drama in so many ways, Sandler’s raw, honest portrayal – as well as Cheadle’s – brings charm and grace to a film that’s well worth seeking out. 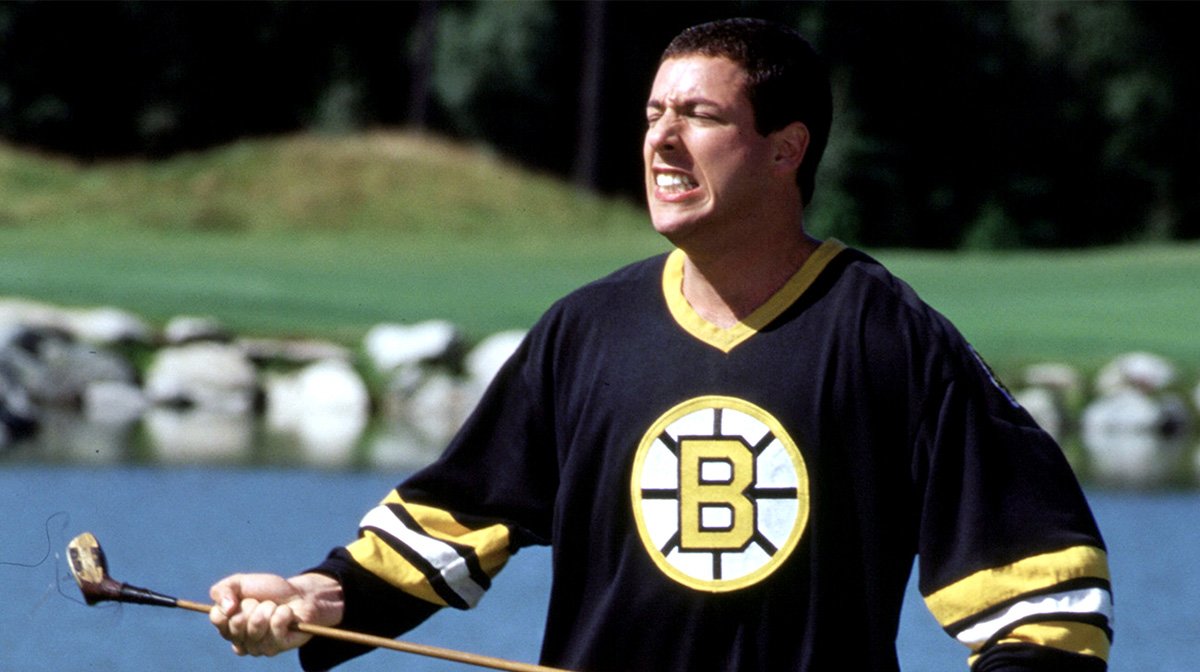 One of his early hits, Sandler plays a man who dreams of being a professional ice-hockey player, but his severe temperament keeps getting in the way.

But his skills seem to transfer to golf and soon he begins to make a name for himself on the pro tours due to his unbelievable driving skills, much to the chagrin of pro ‘Shooter’ McGavin (Christopher McDonald).

With his grandmother soon to be homeless due to her IRS problems, Happy hopes to use his newfound fame to earn enough to get back her house and beat Shooter at his own game. 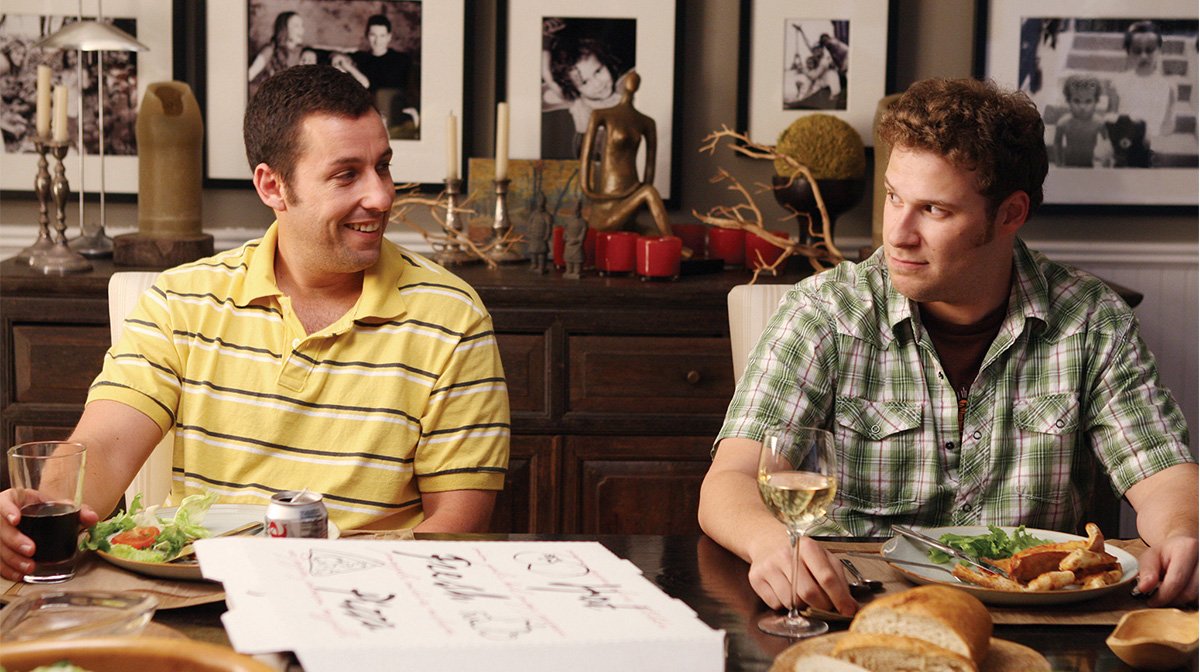 A little history lesson for you: Adam Sandler used to be college roommates with writer/director Judd Apatow, and so the two of them working together was inevitable.

And the film that brought them together was Funny People, a story that stemmed from their early years as stand-up comedians and sees Sandler as George Simmons, a Hollywood comedy superstar who is disillusioned with his status when he is diagnosed with a rare form of leukemia, and decides to return to his roots and mend many of his relationships before he dies.

Reveling in his environment, Sandler shines alongside Seth Rogen and more, with another heartfelt and funny performance that, like with some others on this list, definitely demands reconsideration. 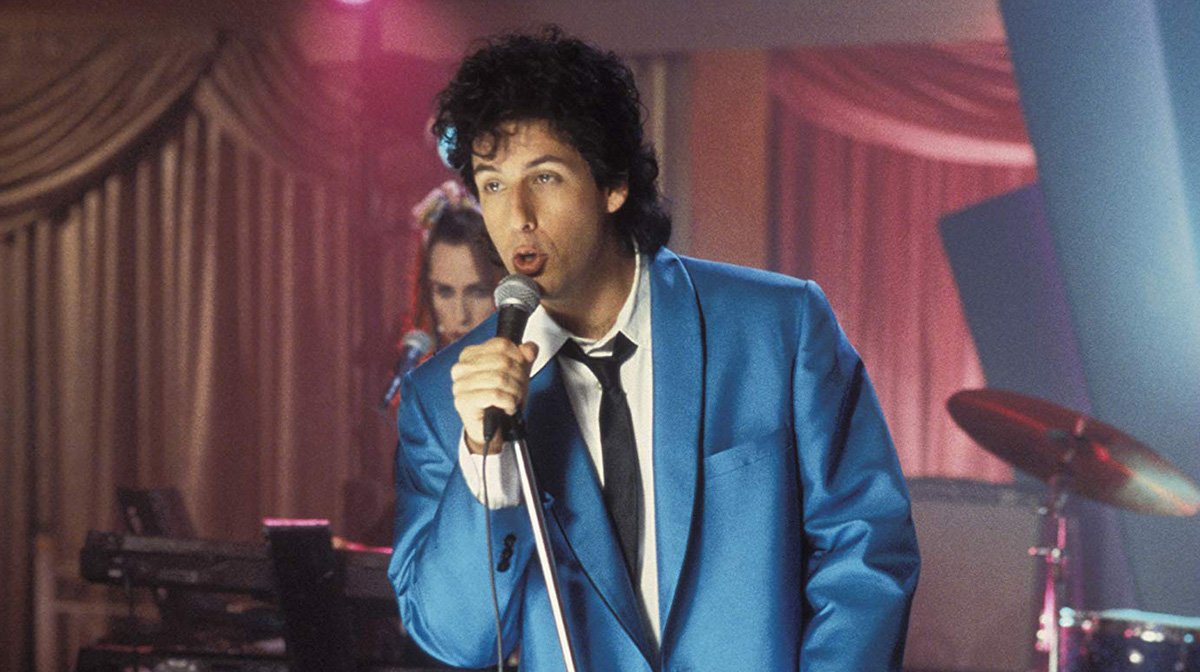 Two years after Happy Gilmore, Sandler took a small step to the left with his next film with the comedy classic The Wedding Singer.

Still playing very much to Sandler’s repertoire of angry, jilted everyman – here, a local wedding singer who is left at the altar – it also allowed him to flex his romantic side more.

A huge success, it worked in no small part thanks to his on-screen chemistry with co-star Drew Barrymore, for who he would make two subsequent films with, the second which was 2004’s 50 First Dates.

Another massive success for the pair, it took a high-concept (Sandler falls for a woman who suffers from anterograde amnesia) and spun another wonderfully sweet, funny and touching film that charmed audiences, grossing almost $200 million worldwide.

2. The Meyerowitz Stories (New And Selected) 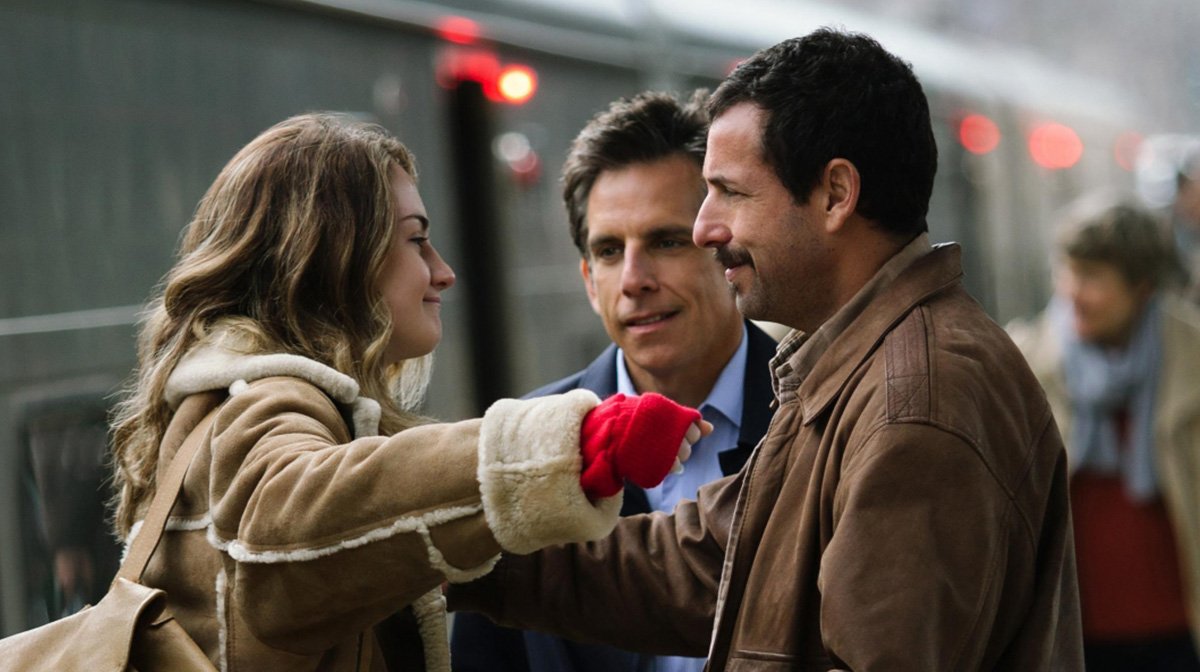 As fans of Oscar favourite Marriage Story will attest, Noah Baumbach is one of the most underrated filmmakers vying his trade in Hollywood.

Two years ago he made dramedy The Meyerowitz Stories, about a dysfunctional New York family for which the father’s (Dustin Hoffman) shadow looms large over his children, especially his sons Danny (Sandler) and Matt (Ben Stiller).

Sophisticated and bittersweet, as well as hilarious, the film features a plethora of stunning performances, not least from Sandler who brings his juvenile man-child persona from his early works full circle with maturity and sly wit. 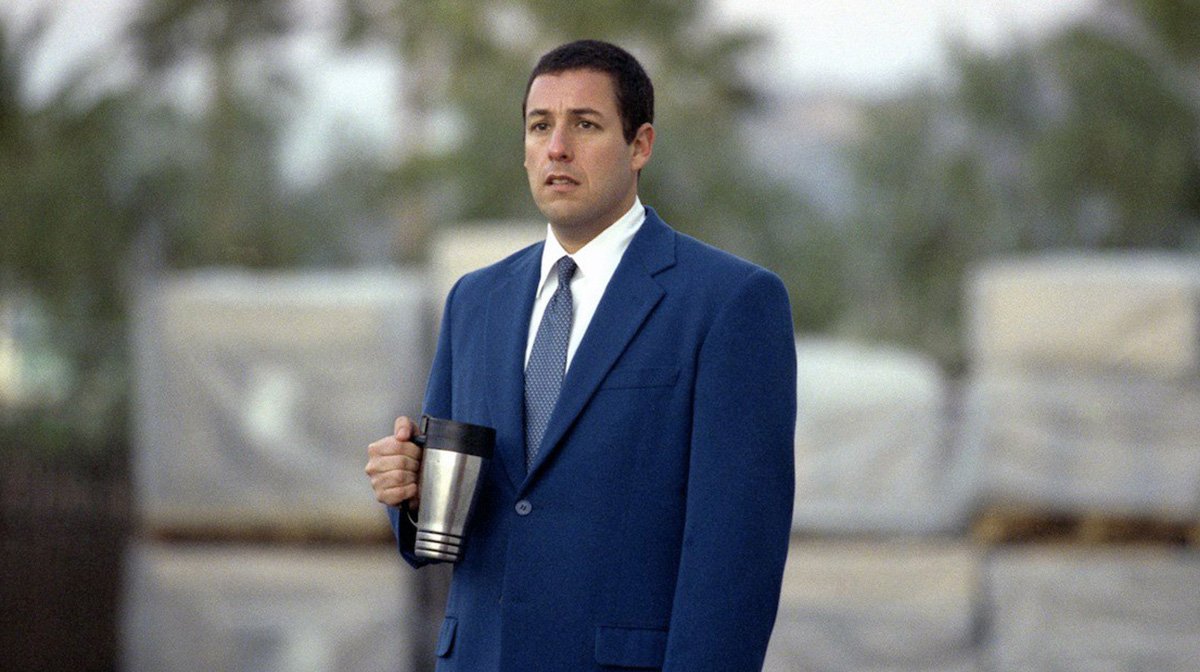 The Phantom Thread and Magnolia director cast Sandler as the lead in his film and it was a stroke of genius, bringing us arguably Sandler’s best performance of his career (until now).

He plays Barry Egan, a local entrepreneur who tries to juggle work with his severe social anxieties, amplified when he falls in love with his sister’s co-worker, Lena (Emily Watson), and is targeted by a phone-sex operator who attempts to extort money from him.

An oddity for sure, Punch-Drunk Love spins a touching, odd but ultimately soaring look at romance in the modern world.

Uncut Gems is in select UK cinemas now, and will hit Netflix on 31st January.