June sees the 40th anniversary of The Blues Brothers, the modestly produced musical comedy that would go on to become a cultural phenomenon.

It’s a film that seems to be synonymous with cinema history – chances are you have seen homages, tribute acts, impersonators, and numerous call backs to the misadventures of Jake and Elwood Blues, two singers on a mission from God.

There are plenty of reasons to love the movie, from the snappy script to the memorable numbers from a variety of Blues legends. 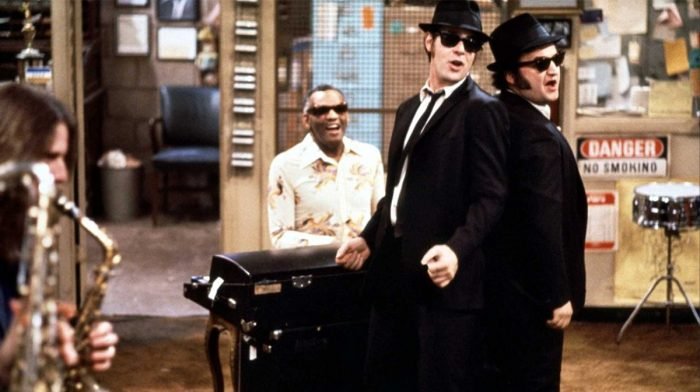 However, most fans would agree that the secret ingredient is Jake himself, star John Belushi. The Saturday Night Live star’s film career would last just three years and seven films, but in that time he would redefine Hollywood’s idea of a comedy lead, and inspire a generation of funny people.

Belushi would be best known in cinema for three characters. The first would arrive with a bang (or is that a belch?) in 1978 as part of Animal House, the hit comedy set in a college fraternity that would become a worldwide smash, and the second highest grossing movie of that year (beneath the much better behaved Grease).

Belushi’s character, Bluto, arrives out of nowhere and is the instigator of much of the film’s chaos. Whether scaring horses to death or making himself a ‘human zit’, he is a heightened portrayal of someone everyone met in school or university. 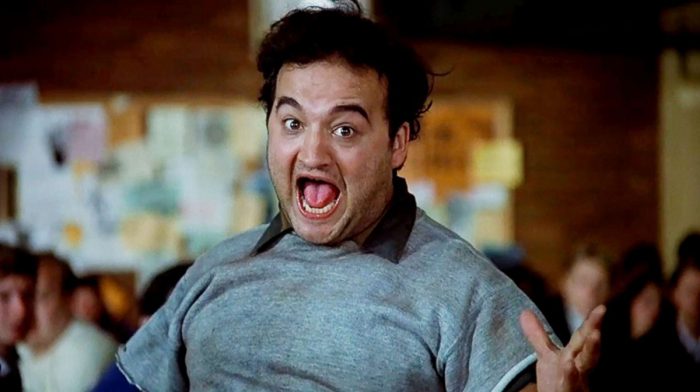 He’s a character with a little more polish and bravado than Bluto, but with the same air of reckless abandon.

The film would be remembered as one of the legendary director’s first failures, but subsequent re-edits and Belushi’s performance have gained it a cult following. 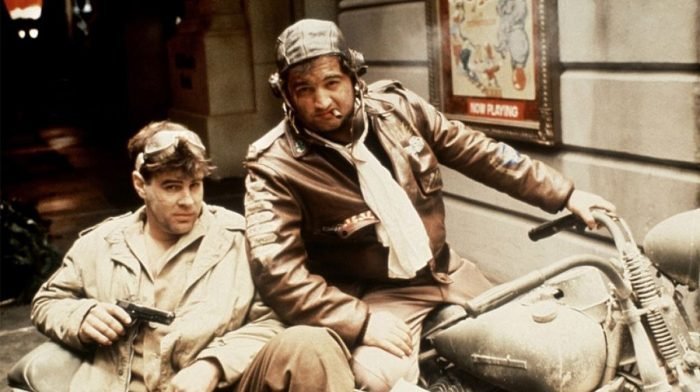 Then, there’s Jake Blues. While he would spend much of the film on the run, this time Belushi was very much the hero of his own story.

Freshly released from prison, Jake and his brother Elwood (Dan Aykroyd) try to get the band back together to save the orphanage they grew up in.

Belushi seemed like he was born to play Jake, or that the character was some extension of himself, as their mission is derailed through a number of run-ins with the law and unsavoury characters. It’s a masterclass in comic timing. 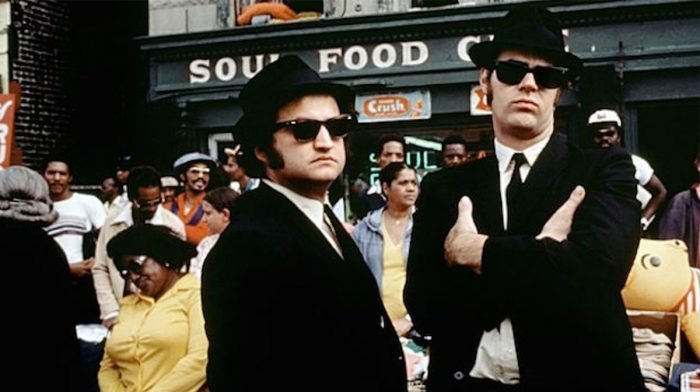 All three characters have a similar impact – they are brash, often oblivious men, who will bring carnage to any situation they find themselves in, only to emerge from it unscathed with a slightly satisfied, child-like expression on their faces.

They are lovable anarchists, who you could rely on to be completely unpredictable, and you loved them for it.

Indeed, audiences loved Belushi for it, because so much of those iconic performances came from real life situations where the madness of the big screen bled into real life. 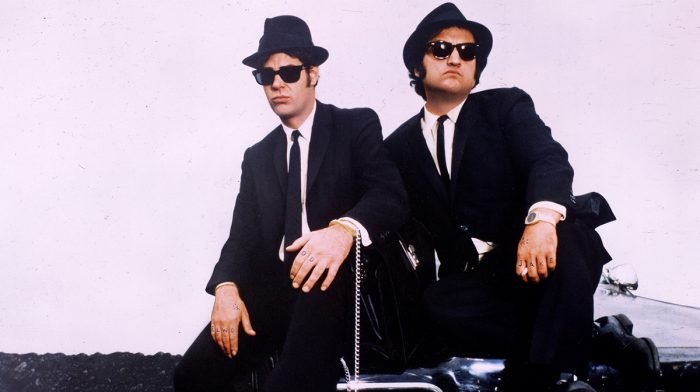 Blues Brothers co-star Aykroyd dubbed his friend ‘America’s Guest’, often telling the story of how Belushi went missing one night during filming, only to be found asleep on the couch of a house nearby.

The actor had walked in, raided the fridge, and crashed out, with the home owner seemingly delighted that the comedian had come to visit.

“He could go anywhere” he revealed in an interview with American radio station Sirius XM. “Everybody loved John, because he was a classic Illinois Alpha Male”.

It was that relatability, the feeling that you knew Belushi personally, that would make his performances so dear to so many to this day.

The actor would die aged just 33 in 1982, infamously succumbing to the addictions that plagued the final years of his life.

We are left with a bittersweet image of what might have been had he stayed around. At the time of his death, Aykroyd was writing what would become Ghostbusters, a film he intended to star in with Belushi instead of Bill Murray. 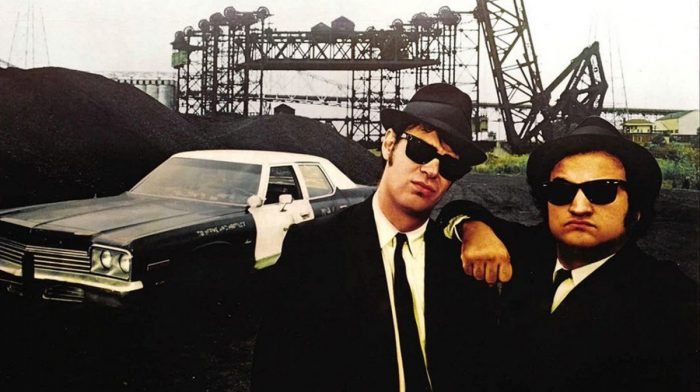 According to his account, Aykroyd was writing dialogue for Belushi at the moment he was told about his friend’s passing (the character of Slimer was nicknamed ‘The Ghost of John Belushi’ after director Ivan Reitman drew comparisons with Animal House’s Bluto).

As it is, we are left with a brief but fascinating filmography. Much like his characters, Belushi had barged in to the comedy genre and turned it on its head. The only regret for his fans is that America’s Guest might have stayed around just a little bit longer.