Today sees the release of the heart-warming film The Peanut Butter Falcon, which follows a young man with Down syndrome (Zack Gottsagen) as he escapes from an assisted living facility, befriending a fisherman on the run (Shia LaBeouf) while a social worker (Dakota Johnson) attempts to track him down.

The Zavvi Blog chatted to writers/directors Tyler Nilson and Michael Schwartz earlier this month at the BFI London Film Festival, and their passion for cinema was clear.

We spoke about how the film came to be, which movies they drew influence from, and even what their wrestling names would be! 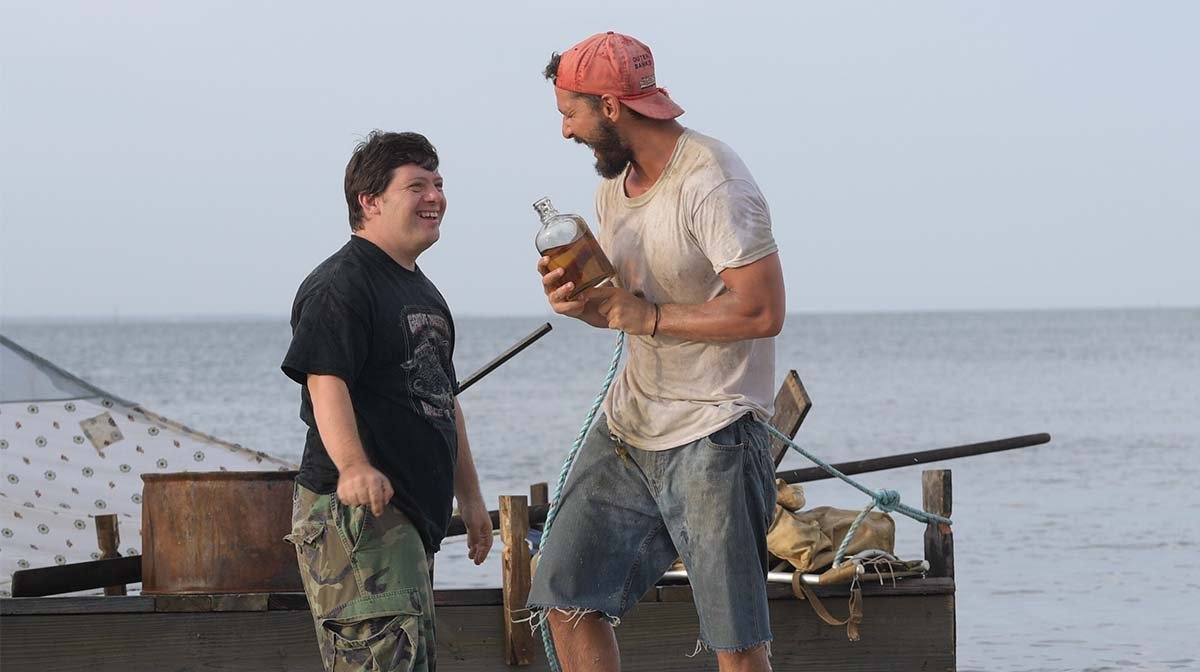 Zavvi: Hi, it’s a pleasure to speak you to. We love this film which is one of our highlights of the year. How did it come about?

Michael: We don’t even know how it happened! Well, eight years ago Tyler and I were volunteering in Venice Beach, California at a camp for people with disabilities and Zack (Zack Gottsagen plays Zak in the film) was giving an incredible performance in a short film which had a cast made up of mostly disabled actors. And we were like, ‘who is that’… that’s a guy we would love to work with.

Zack pulled us aside at dinner one night and said ‘hey guys, I want to be a movie star’. He’s been studying acting since the age of three and went to a performing arts high school and middle school. We tried to be as honest as possible, and said that it might not happen because there’s not a lot of roles written for people with disabilities. He has this optimism that is…

Michael: Right, and he was like ‘cool, you guys write and direct, and I’ll act, and we’ll do it together’. 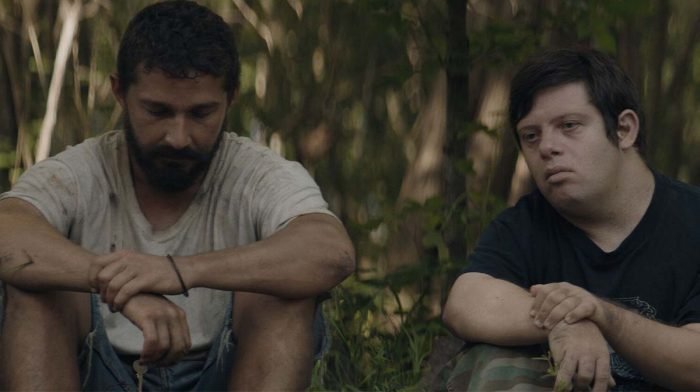 Michael: Zack directed the kind of experience and tone that we had on set. The atmosphere on set really mirrored that in the actual scenes, and there were a lot of authentic connections that come through on the screen. Zack and Shia really bonded like brothers, and Dakota really loves Zack. We were all a big summer camp family.

Zavvi: Sounds like it was a lot of fun on set! 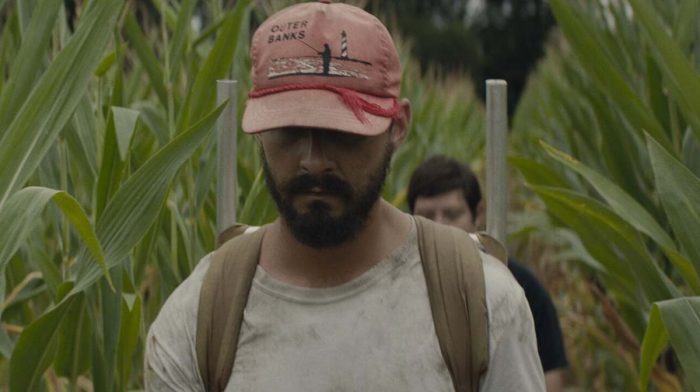 Zavvi: In the screenings the reaction from the audiences has been amazing. How does it feel knowing that the film has been having such an effect on audiences?

Tyler: We have heard reports of people cheering a lot during screenings here, which is amazing as in the States people don’t really cheer at films.

Michael: And people here also clap at the end.

Tyler: Right, it’s really cool. I see random tweets from people saying they have seen it get applauded during screenings. I have never personally experienced that watching a film…

Michael: I have… I snuck into our movie! 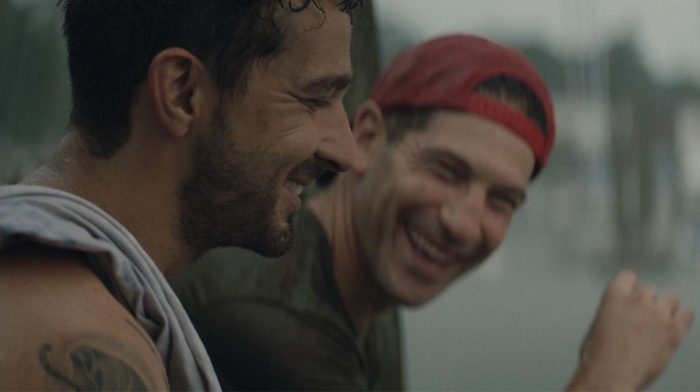 Tyler: I sometimes wonder why people have had such a strong reaction to our film. I think it’s because it’s one of those moments where we can all agree on something, ‘Zak’s a winner’ and he deserves it .

Tyler: Right, the film isn’t binary. We can all love it.

Zavvi: The film has a universal theme that I think everyone can connect with, and a timeless one… the power of friendship.

Michael: Right! Let’s just all love each other! 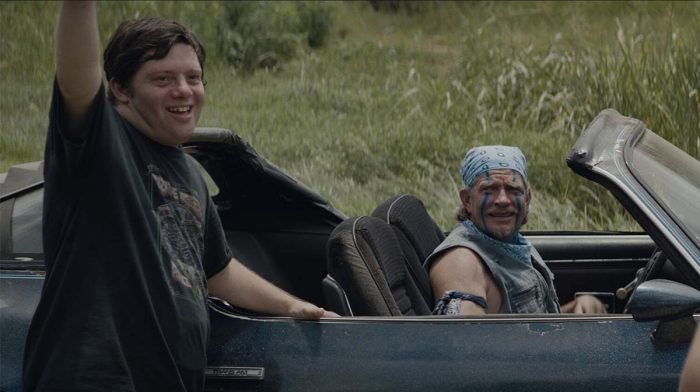 Zavvi: I think it is one of those timeless ‘buddy’ films that comes out once every generation, for example Butch Cassidy and Forrest Gump. Were those the kind of films you drew influence from?

Michael: Definitely, we had a lot of different films that influenced us, but we were mostly writing a film that we knew we could make. At the time we didn’t have an agent or a manager, so we were just thinking about where we could shoot.

Tyler’s from North Carolina so he knew people that we could borrow boats from, and Zack really loves wrestling, and he’s really good at swimming, so we knew we could work on that. It was really like taking all the parts and putting them in a bag, shaking them up and also drawing on the Mark Twain’s work as he mixes humour and drama, which I think is a powerful way to tell a story.

And in terms of films, I think we would say that Mud and Stand by Me had a strong influence on us. 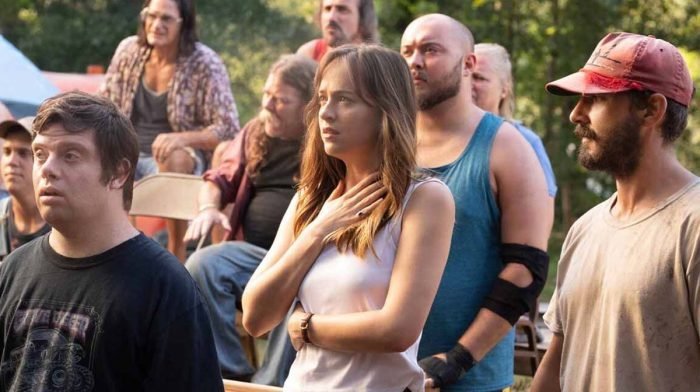 Michael: We also drew influence from the experience of making our short film too.

Tyler: We made a short film which was going to be the beginning of a feature but it wasn’t sustainable, however it helped us develop our skills for story writing. Around the time we had completed the short, we met Zack and everything sorted of just lined up.

Zavvi: So, the stars aligned and everything came together at the right moment?

Michael: I mean even the cast that we got was like some kind of miracle. We already knew that Zack was going to play Zak, and Tyler was originally going to play Tyler and I was going to hold the camera. We figured that we could make the film for about $20,000 with just us, but we couldn’t raise the money for that, and we couldn’t even get people to read the script. Unless, you’ve made a feature already, it’s very hard to get funding.

Tyler: We hadn’t done anything before Peanut Butter Falcon, we were nobodies. 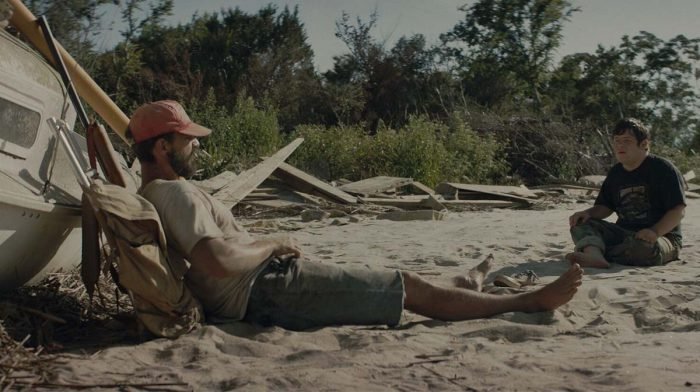 Michael: Our solution was to shoot a five minute trailer to showcase what the film would feel like and Zack’s acting. And, that really opened a tonne of doors for us. Once people saw the trailer it was a very quick difference and we started getting the attraction. We had Shia face-timing us, and saying he had got his hands on our script and wanted to make this movie with us.

Tyler: We used many of the shots we took for the trailer in the final film too, along with the raft we built.

Zavvi: Do you still have the raft? And more importantly did you sail here on it?

Michael: We still have the raft, but we didn’t sail on it…

Tyler: Don’t let the truth get in the way of a good story… Yes, we sailed here on the trail end of Hurricane Lorenzo.

Zavvi: One last question, what would your wrestling names be? This is the most important question so take your time!

Tyler: I feel like I would be a corner-man for the Peanut Butter Falcon.

Michael: I love Red Wood trees, maybe the Logger? But, I don’t want to cut down the trees because I love trees… oh, this hard!

Michael: Ooh that’s good, would you wear like a fluffy mane around your neck? Oh wait, I’ll be the Redwood Giant!

Tyler: You could use a tree as a club and you have to wear green face paint as well.

The Peanut Butter Falcon is out in UK cinemas now.